Jack Daniel's: the most iconic whiskey in the world. Read the post to find out how to visit the historic Tennessee distillery and buy the most original souvenirs.

Who does not know the Jack Daniel's Old Nr.7, a whiskey among the most iconic in the world? Probably not the most appreciated especially among lovers of the great Scottish tradition of this distillate, Jack Daniel's is certainly one of the most recognized (and sold) labels in the world. 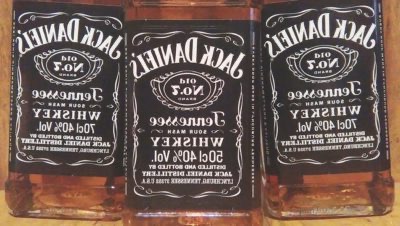 A myth for all those who grew up at the time of high school to the sound of Guns and Roses, of black T-shirts with the famous label printed, of television advertisements that showed that factory lost in thin air with two men playing checkers while waiting for the fermentation and aging between whiskey barrels.
That factory really exists in Lynchburg a very small town just over an hour and a half from N: here, in part of the Tennessee with many green meadows, colorful barns and horse farms, you can experience it firsthand by visiting it for free.

The story of the Jack Daniel's factory

In 1864 Jasper Newton Daniel, also known as Jack, ran away from home to take refuge in the farm of Reverend Call who owned an alembic. Here, from a slave that he will later hire in his factory as a “master distiller”, he will learn the art of making whiskeye.
Pay attention, because in the States the word to be used correctly is whiskeye with the final e, distinguishing it by origin and origin compared to the Scottish one where the word whiskey is used instead.

Two years later, Jasper, aged just 14, officially founded the Jack Daniel's Distillery and after 8 years the Old Nr. 7 wins first gold medal at the St. Louis World's Fair. This will be followed by six more.
In 1906 following a trivial accident - it is said that, in the throes of a fit of anger, he kicked a safe - Jack broke his limb. But this injury will get worse over time, causing a serious infection that will cost him his life. 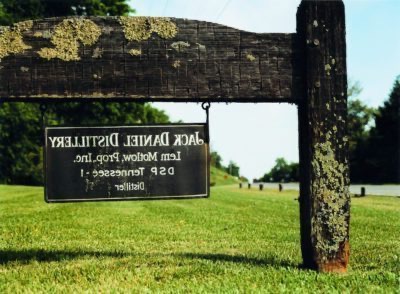 Jack Daniel's Distillery is inherited by the grandsons Lem and Jess Motlow who will take over the fate of the company. First the laws of prohibition and then the great depression will cause the suspension of the production and sale of the distillate: liters and liters of whiskeye will remain unused and stored in different warehouses.
In 1933 the era of prohibition ends, but the scarcity of raw materials and then the looming of the Second World War will create new difficulties. It is precisely in the course of the war that it will begin to be appreciated again. We will have to wait for the 1964, the turning point that will bring Jack Daniel's out of the borders of Tennessee and even transform it into an American icon arrived to the present day after 150 years of history. 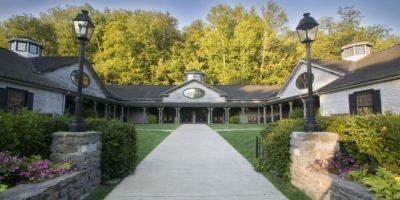 Visiting the company is possible and it is totally free: just reach Lynchburg and get in line. At the entrance you will find those rocking chairs made famous by television advertising and once you enter the large hall you will immediately dive into the past admiring the numerous objects that have marked the history of the company such as old tools, old bottles and old advertisements in black and white.

Guided tours are well organized in groups of more or less twenty people at a time. It starts with the 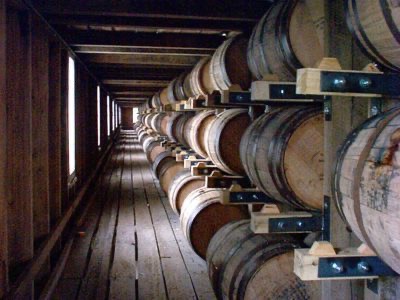 Get ready to shake "the hand" of Mr. Jack: a statue has been erected here in his honor. The visit continues in the various areas intended for the different stages of production: you will discover "the secrets" of the raw materials used, the methods of fermentation, conservation and aging. In particular, among the soft aromas of the various ingredients and the smoky scent that characterizes the product, you will admire that treasure made up of hundreds of barrels.
The tour ends in the company store to purchase the different types of whiskey including the limited edition sold exclusively in the distillery. You can even order a custom whiskey barrel that will be shipped to you anywhere in the world (or where legally permitted). 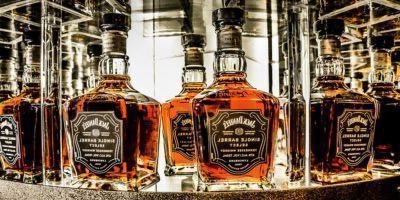 Where to buy souvenirs in Lynchburg

Visitors throughout the year are numerous but the tours are organized very quickly: it will happen at most to wait 30 minutes, no more. Once you have finished the tour in the distillery, I suggest you move to the town that obviously lives on the reflected light of the company but with many really nice themed ideas. There are many shops where you can buy and stock up on souvenirs. Don't let it slip away the Hardware and General Store present right in the square: the true "fanatics" of the brand will be able to buy chairs, objects and furnishing elements made with the wood of the real Jack Daniel's barrels. Certainly difficult to pack and take home (in case you can place orders online) but you can do like me and take even a small piece of barrel with the famous Jack branded as a souvenir. 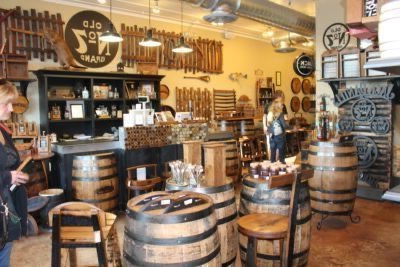 Audio Video Visit the Jack Daniel's factory in Tennessee
Weekend in Verona, what to see and where to eat ❯

add a comment of Visit the Jack Daniel's factory in Tennessee