The New York Marathon: route and how to participate

The 2019 edition of the famous New York Marathon will take place on Sunday 3rd November. This race, which has been held annually since 1970, attracts professional and amateur competitors from all over the world.

The New York City Marathon is one of the five largest marathons in the world, the other big marathons are in Tokyo, Boston, Berlin and London. Last year they participated over 50 thousand participants arrived from 133 different countries, an absolute record.

For this edition there is an equal or higher participation. Among the runners there is a mix of athletes, including: professionals, enthusiasts who take the marathon as a challenge, the curious who make this experience as one of those to be done at least once in a lifetime and even various celebrities.

The marathon takes place over the distance of 42,195 kilometersi crossing the main streets and avenues of the New York neighborhoods (Bronx, Queens, Brooklyn, Staten Island and Manhattan) one of the most majestic cities on the planet.

How much does it cost to register

Le registration fees for the 2019 TCS New York Marathon are as follows:

How to see the New York Marathon

If you cannot participate or be in New York to attend the race, remember this date anyway, Sunday 3 November 2019, the event will be broadcast on TV.

The background will, of course, be the immortal city of New York. For lovers of the States and the Big Apple it is a good opportunity also to review this magical city which has fascinated all the inhabitants of the planet for over a century. 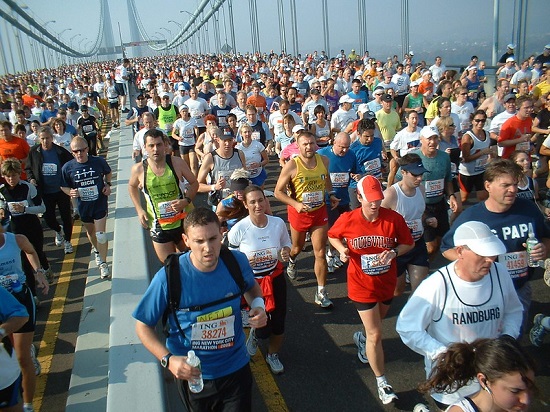 add a comment of The New York Marathon: route and how to participate