New Year's Eve in New York and the countdown with the ball drop, the luminous sphere that descends to Times Square. We tell you the story that enchants New Yorkers every December 31st.

I've always wondered why there was the tradition of New Year's Ball Drop a New York, in Times Square, on New Year's Eve. The first few times I saw the services on TV very intrigued, then I started to inform me and to understand better why in New York this strange thing is used for the countdown of the new year, every year, I would say for some time now. 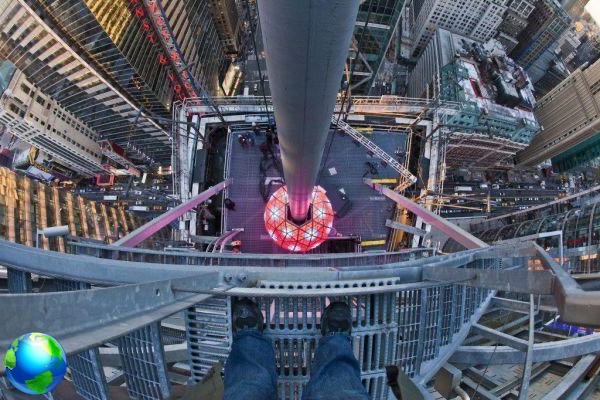 The luminous sphere of Times Square, every year goes down for 23 meters thus starting the countdown towards midnight that will lead to greet an old year and welcome the new one. Every year millions of people who find themselves in New York's busiest square, Times Square, turn their noses upwards, watching the ball and its slow descent. The ball is covered with 2.688 triangles of Waterford crystal, along a pole located at the top of the One Times Square building and slowly descends downwards.

The tradition of the New Year's Ball Drop dates back to 1907, when the square had recently taken the name of Times Square, leaving Longacre Square, the name it had assumed until recently. 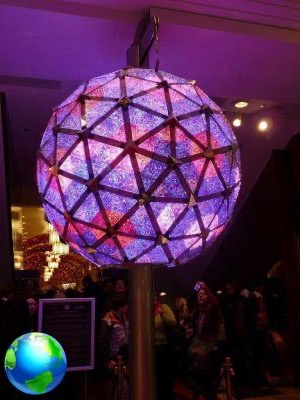 The new name was given after the inauguration of the building that housed the new headquarters of the New York Times, so the publisher was able to persuade the authorities to rename the square in honor of the newspaper. Also for the promotional purposes of the newspaper, the authorities had allowed a special party to be celebrated in this "new" square for the end of the year, thus moving many of the official celebrations from Broadway to Times Square.

For a few years, roughly until 1906, the New Year was fine, but a few years later the fireworks were banned in the square and so something equally beautiful and bright had to be used to attract people's attention during the New Year in Times Square. Thus came the idea of ​​creating a luminous sphere on the top of the building that housed the newspaper's headquarters. 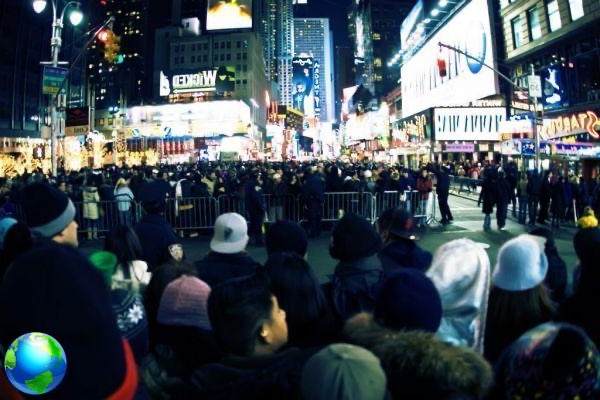 Since then the luminous ball has greeted the arrival of the new year every year, except in 1942 and 1943, due to the Second World War. Originally it was a 300-kilo sphere of iron and wood, on which one hundred light bulbs were installed. Then, in 1920 it was replaced by a sphere of iron only but much lighter, about 180 kilos. In 1955 the sphere became aluminum. The New Year of 2000 made the crystal sphere and the device fully computerized.

In 2007 the centennial of the ball drop and so also the replacement of the traditional bulbs with the new LED lights took place.