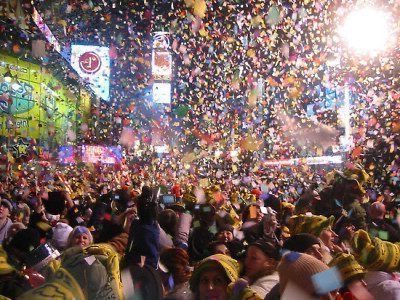 A New York the new year is something unique. The countdown a Times Square it is something that fascinates everyone, that we have all seen at least once in our life in some film or photograph.

In addition to celebrating with the countdown in New York it is tradition to watch the magnificent fireworks of Central Park on the street and often the temperatures are very low.

To make everything even more exciting and full of atmosphere like every year the Ball is the giant ball introduced in 1907, which last year already turned 100 years old. This giant ball goes downhill along the tower's flag pole One times square and is followed by the shouts of the New Year's Eve participants in the square.

If that's not enough for you to book a flight to New York perhaps you may be intrigued by the great concerts and parties organized in Times Square for the New Year or the great offers of the chains Shopping.

add a comment of New Year's Eve in Times Square, New York is getting ready