Krakow and Auschwitz, a journey within a journey to Poland


Krakow and Auschwitz, the visit of Poland passing through some of its symbol cities, what to see but also what to eat and how to reach Auschwitz from Krakow by train or bus.

Krakow, ancient capital of the Poland, is located in the southern region of the country and is an easily accessible city, on a human scale and with a lot of potential. It is possible to visit the heart of the city in a weekend, while if you want to expand to the attractions in the surroundings you will have to calculate a couple of more days. With a few precautions, the total expense for this trip is really minimal, without lacking culture or entertainment.

I cheapest flights are those of Ryanair with departure from different cities both in the North and in the South. While for the accommodation, although the costs are still low, I suggest you rely on Airbnb or stay in a hostel to fully enjoy the young and hospitable air of the city. 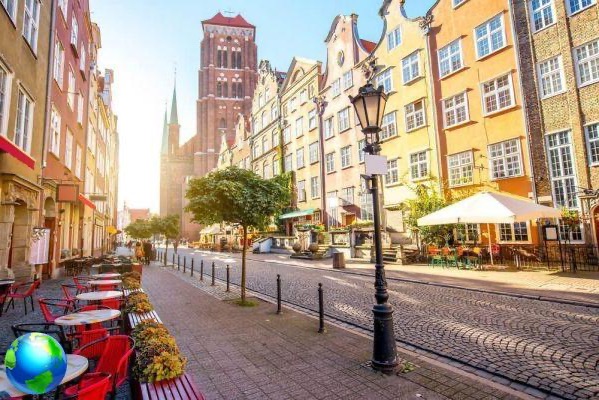 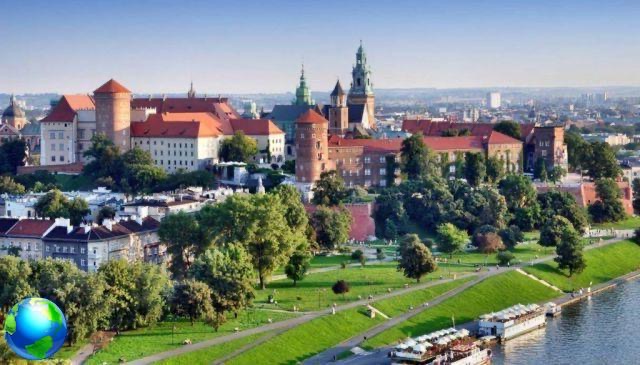 Krakow is one of those cities that you can walk around. The most touristic center is the Stare Miasto, the old city, with the largest medieval market square in Europe, surrounded by bars and carriages that allow you to take a romantic tour of the square. There you can visit the Basilica of Santa Maria and the Textile Market.
Then following the Royal Road go up to the castle which is located on the Wawel Hill and was the first residence of the kings of Poland. Today almost completely rebuilt, it also houses the Museum of Oriental Art and Cathedral, where there are the royal tombs and Sigismund's bell.
To experience the more recent history of Krakow and its nightlife, however, you have to move to Kazimierz district, the old Jewish quarter, where the Old Synagogue (Stara Boznica) is located. Built in the XNUMXth century, it was destroyed during the Nazi occupation and completely rebuilt at the end of the war. It is now a museum dedicated to the history of the Polish Jewish community. 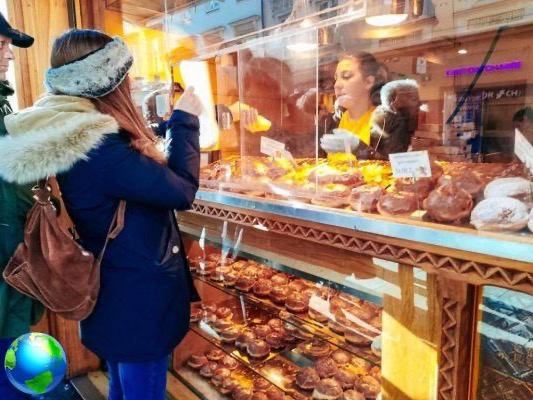 Where and what to eat in Krakow

The low prices allow you to taste all typical Polish dishes without spending a fortune. Try the pierogi, large ravioli stuffed with potatoes and cheese, or meat, seared in a pan and buttered, or the bigos, stew of meat and sauerkraut served in a bread container. For a quick lunch, however, in Kazimierz they serve the Casserole, very long and hollow sandwiches, inside which there are cheese and mushrooms, but on which you can ask to add anything.
Then try the Pijalnia, a chain of young places to drink good beer and shots of the typical Polish vodka, the Soplica. The choice of food, in this case, is limited, but for only 9 złoty you can eat an excellent meat tartare. 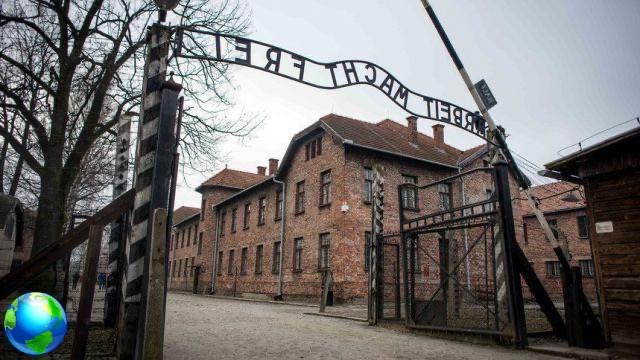 Thinking about a trip to Poland leads you to consider visiting the concentration camp of Auschwitz-Birkenau. It is not a trip to be taken lightly, because you have to take into account an emotionally strong situation within a structure that has been restructured and rebuilt, but still mindful of brutal events in our most recent history.
From Krakow it is very easy to get to the camp by public transport. The town has taken the Polish name of Oswiecim after the end of the Second World War and is located approx 60 km from Krakow.

Il train journey it lasts an hour and a half, the ticket costs around 20 złoty, but the station in Oświęcim is 2 km from the museum entrance, which can still be reached on foot or by bus.
If you decide to take thebusInstead, you have to calculate the possibility of queues on the road from Krakow to Oświęcim, which in the best case takes a couple of hours. There are several companies that connect the two cities, but all buses leave from the parking lot behind Krakow Central Station.
The ticket price is around 13 złoty and takes you directly to the Concentration Camp parking lot. Another alternative is that of organized visits, for which, however, you must book well in advance based on your needs and projects.


The entrance to the museum is located in what used to be the block in which the deportees were registered. The ticket you can do it online following the instructions on the site and it is free if you want to visit the museum independently, while for guided tours, available in many languages ​​including Italian, the cost is 50 złoty. There average of a visit is about 3/4 hours.

The path to follow takes you inside the blocks where the dormitories, bathrooms, prisons and even the gas chambers have been rebuilt; in other blocks instead there are installations dedicated to the victims of certain European nations, with photos, videos and testimonies. Out of respect for the deceased, in some places it is forbidden to take pictures, such as in the room where the hair of the deportees are kept.
At the end of the visit, stop by the small library near the entrance. There are books in every language and it is worth having a look, especially the publications of the Auschwitz-Birkenau State Museum, since the visit is free of charge so you can contribute to the research carried out by the museum. Furthermore, the prices are also very low in this case.

A trip between Krakow and Auschwitz will surely leave you with a deep and intense memory and the desire to learn more about Polish culture and life.

Audio Video Krakow and Auschwitz, a journey within a journey to Poland
What to see in Siem reap, Cambodia ❯

A train to Kazimierz and the Jewish ghetto of Krakow

Getting around Warsaw: airport, metro, train and bus connections

Warsaw, a city to be explored

Wadowice, pilgrimage to the city of Pope Wojtyla

add a comment of Krakow and Auschwitz, a journey within a journey to Poland