Meknes, the smallest of the imperial cities

A small pearl to add to the tour of Morocco: a town rich in architecture that recalls its imperial past.

After breakfast we leave from Marrakech, crossing the northern region, touching Casablanca and its sea, arriving in Meknes at the end of the morning. Meknes is 450 km from Marrakech and is also known as the Moroccan Versailles. 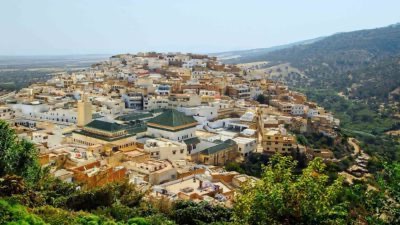 It was an imperial city and Ismaelian capital, famous for its 40 km of walls, the mbab mansour door, the royal palace with its splendid stables, the Agdal basin and the medina.

The heart of the Medina

Let's start the visit of the city from the enchanting and large central square of the city: Place el-Hedim, the beating heart of the Medina. It is a large open square, mostly frequented by local people, and just walking around here is an experience. Today is a wonderful day and it is worth stopping to have a tea from a terrace, taste some honey cakes or the excellent olives (they say the best in Morocco!) 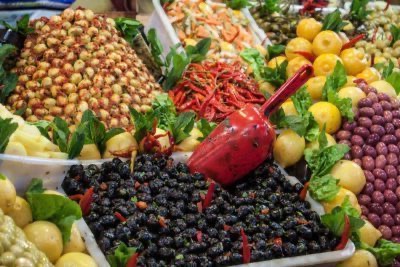 In the southeastern part of el-Hedim Square near the residence of the sultan, stands the magnificent fulcrum door of the Imperial City complex: Bab el-Mansour. It is an incredible gateway, the most majestic of all the imperial gates of Morocco. Built in 1732 for Sultan Moulay Ismail, who decided to install the capital of his kingdom in Meknes. The gate was designed by a Christian converted to Islam (Mansour = renegade) and has beautiful inscriptions and enchanting marble columns, coming from a very important archaeological site located about ten kilometers from Meknes, i.e. the area of ​​the ancient city of Volubilis . 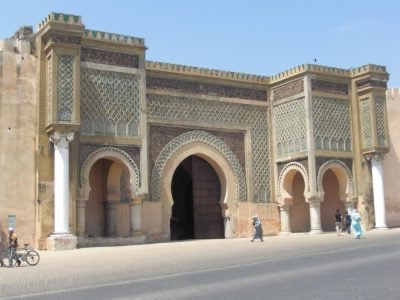 We enter the Medina of Meknes which is by far the ancient and historic district of the city. It dates back to the XNUMXth century as a fortified citadel and over the centuries it was surrounded by high and fascinating protective walls, assuming its current appearance.

Get lost in the alleys

Inside the Medina it is wonderful to get lost in the alleys, watch people work and bargain. Photographing how the sun gives different colors and shades according to the perspectives. Savor the flavors and aromas that come out of these ancient shops.

We deliberately find the beautiful and small Madrasa: Medersa Bou Inania, i.e. the Koranic school of Meknes. The highly refined Koranic school was consecrated in 1350 by Abu Inan Faris. A riot of wooden ceilings, walls decorated with fine mosaics and doors decorated with elaborate ornamental inscriptions. We climb up to the roof where the view is wonderful: the lit green minaret stands out on hundreds of battered roofs. 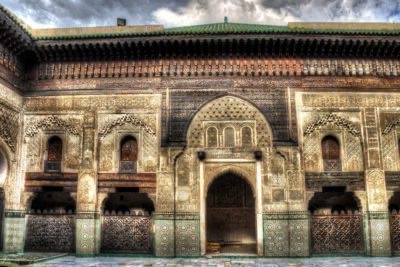 On the side of the square opposite the door, you enter the Mellah: the Jewish quarter. But we just wander around the many stalls selling any.

Walk along the imperial palace, still active today, and arrive at a gigantic building, Heri es-Souani which housed the royal granaries, basements and thick walls to keep the temperature cool and constant. Even today, even if it is hot and muggy outside, in here you almost need a sweatshirt. Next to the granaries there are the royal stables, a wonderful place, a system of arches placed on 23 naves, the roof has collapsed over the centuries and the sun entering makes the numerous columns shine with a bright ocher.

Returning to the car we skirt the Agdal basin, immediately near the royal palace. It is nothing but a artificial lake which, however, gives a sense of modernity, cleanliness and peace to the area.

Meknes is often not part of Morocco tours as it is smaller and less touristy than the more famous imperial cities such as Marrakech or Fes. And this is really a shame as it is a town rich in architecture that reminds of its imperial past, with an authentic and human-sized atmosphere.

Now is the time to resume the journey to Fès!

What to see in Fes, Morocco

Country you go, crafts you find: how to manage bulky purchases

Travel to Morocco: what to see in 2 weeks

add a comment of Meknes, the smallest of the imperial cities