Massa Marittima, what to do in Tuscany

All the tips for spending a low cost weekend in Massa Marittima, on the hills of the Maremma just 20km from the sea.

La Massetana is a winding road that unites the Metalliferous Hills a Follonica (therefore to the sea) but takes its name from the city that stands on the hill, Massa Marittima. I often pass that road to go to the sea and Massa Marittima (which despite its name is about twenty kilometers from the coast) I look at it from below. Then one day I decided to stop and see with a little more attention. 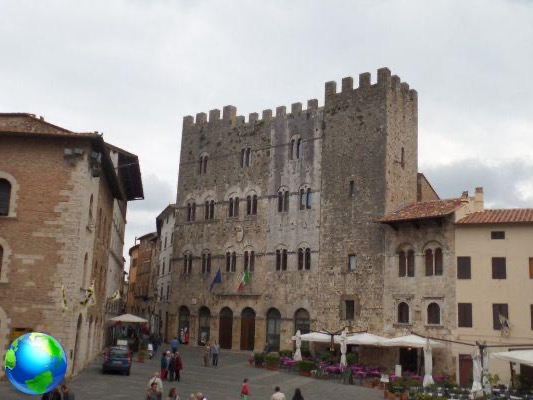 A town able to amaze for the amount of beautiful things to see, enclosed in a small space: mainly the Piazza Garibaldi. A stupendous Cathedral dedicated to San Cerbone, a Town Hall, the Fonti and the Palazzo del Podestà which is also the seat of the Archaeological Museum. The area was inhabited by the Etruscans and the exhibits in the museum are both prehistoric and Etruscan.

I really like it Cathedral of San Cerbone, which dominates the whole square and has a curiously three-quarter turn of the facade with respect to the front of the square. The church is Romanesque, with beautiful decorations and a harmonious interior. In the apse there is the urn of San Cerbone, richly carved with the stories of the saint. 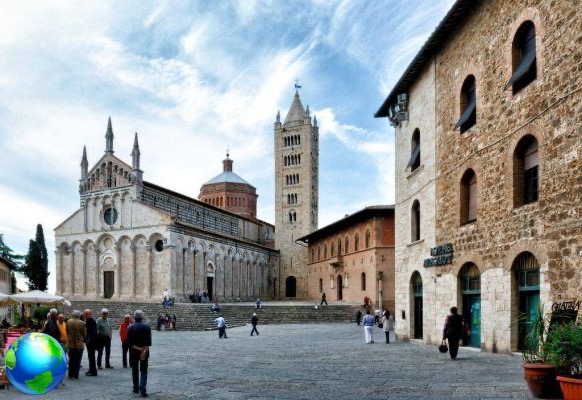 A little behind the square you will find another public building, the Palazzo dell'Abbondanza: you recognize it because it is characterized by three imposing pointed arches. Here in the past there was the public source, a place of water supply for the city located within the walls, mostly still standing. Not too long ago, during the renovation of the building, a very curious fresco of medieval origin was discovered, which can be seen from the square (it is covered by glass).

Is called the Tree of Fertility and represents a tree full of curious fruits: phalluses, a symbol of fertility, and under the tree of girls intent on picking the fruits. This is obviously a discovery that caused a great deal of sensation, but the fresco speaks a naive, simple and immediate language. 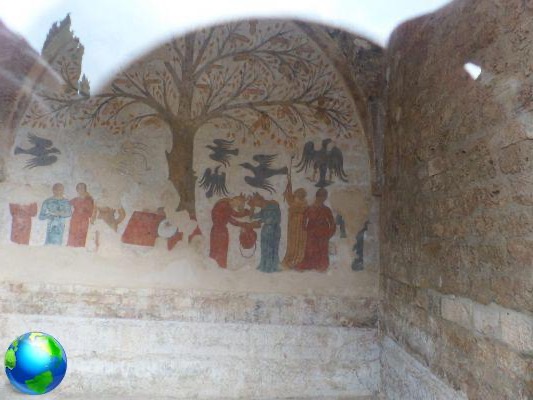 The city also extends beyond the square as the New Town where other important buildings, dating from the 1335th century, can be admired: the complex of San Pietro all'Orto, with the cloister of Sant'Agostino, the Torre del Candeliere and the Fortezza Senese, impregnable outpost of the powerful city that had already incorporated Massa into its territories in XNUMX.


Another real attraction of Massa Marittima is the traditional crossbow competition, said Balestro del Girifalco. It involves 24 archers from three competing districts of the city, and takes place twice a year: the fourth Sunday in May and the second Sunday in August. 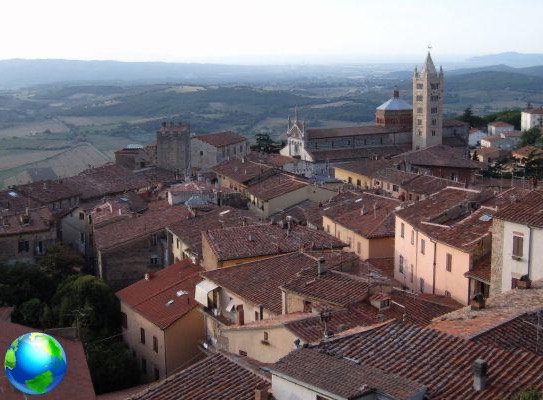 The festival has a Medeival origin but is still very much felt and I happened to see young crossbowmen in the square practicing shooting, without missing a target! Before the actual race there is a procession of figures, with musicians and ladies, in addition to the traditional show of the flag-wavers: a low-cost attraction not to be missed.

Massa Marittima is in the land of Maremma and to eat well you are spoiled for choice: you will have heard of Maremma tortelli, cooked water, gods wild boar dishes. They are very earthy foods, but here we are at almost 400 meters, surrounded by woods and cultivated fields. Pecorino cheese is an experience not to be missed, as are sausages and cured meats, and to drink I remember that we are right on the Monteregio Wine Route: in the square, next to the Cathedral there is a wine bar for tastings where you can find all the information on manufacturing companies for any "on site" purchases.

Audio Video Massa Marittima, what to do in Tuscany
Estonia, Tallinn tour in one day ❯

add a comment of Massa Marittima, what to do in Tuscany