Hamburgeseria in Rome, eat with a few reserves in Piazza Navona 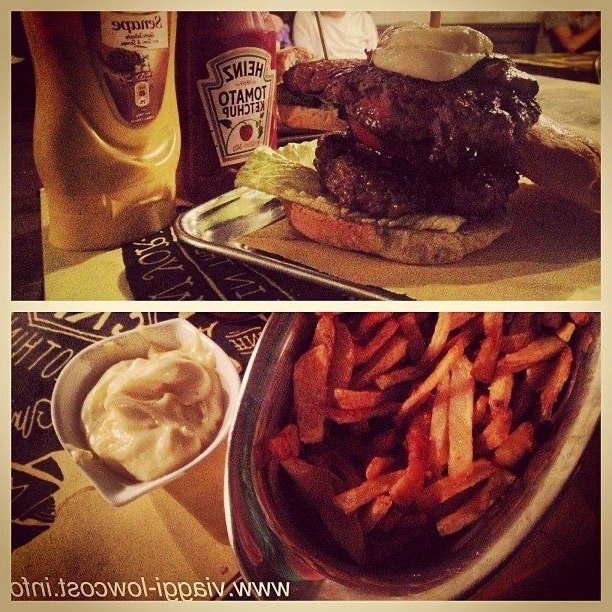 Last night I went to the famous Hamburgeseria of Rome, the one next to Navona Square, not the one in San Lorenzo. How did I eat? Overall fine. How have I been? In conclusion.

As soon as we entered the two waitresses who were talking to each other "gave us an audience" only after a few minutes. They told us there was only room inside. We waited a few seconds convinced that they would indicate the tables or places to put us, nothing. We understood that we could sit where we wanted.

From here on many have happened, listing them all would make no sense. Potato chips brought to a table which were then taken back after a few seconds to bring them to another customer, after the first had already put his hands inside. They asked us to order twice, they brought us food without cutlery. In short, a series of things that, one at a time, can happen, but so below they denote a very bad service in my opinion. The bill was there launched on the table practically.

I ate a normal hamburger, price 8 € it seems to me and a coke € 2.50. The sauces were on the side, € 0,50 each, we took two but in the end they didn't put them in the bill. The meat is good and the dishes are also well presented. I believe it is a good place in the center of Rome, and to be precise in Piazza Navona to eat, but I also believe that you can find better.

Leaving the club I did my usual review on foursquare, I often do them where I feel very good or very bad. I found a lot of people who found themselves as I was, so good food but bad service. I also included my review because I think it is right to help people choose the places thanks to this tool, especially in a city like Rome. Will I be back? I don't know, maybe if I happen to, I'll try the place in San Lorenzo, I don't think I'll return to this. Unfortunately the two girls that they served at the tables did not make a good impression on me at all.

The place is very well decorated, I liked the writing on the walls and also the furniture. Furthermore, the menu is simple, with a few but all interesting things. A positive note should be made to the "good night cocktail", it deserves a mention even if I did not take it, if you go check it out. Ah, the cappuccino here is 2 €.

Have you ever gone? What impression did you get? Did you like it? Tell me your experience below if you like.

add a comment of Hamburgeseria in Rome, eat with a few reserves in Piazza Navona