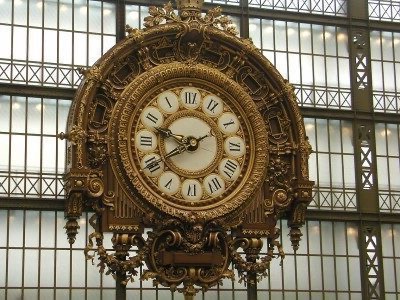 Il D'Orsay Museum it is not just any museum: it is the Museum of Impressionism and Post-impressionism for excellence. This fantastic treasure trove of art history contains the main works of the great nineteenth-century painting: Monet, Manet, Toulouse-Lautrec, Gaugin, Van Gogh just to name a few.

The building, which is located along the Senna and in front of the gardens of Tuilers, was a railway station: only with the universal exhibition of 1900 was it remodeled taking its current shape. Inside, the Museum is organized along three floors: on the ground floor the rooms are distributed from one side of the central corridor to the other; on the second floor the terraces dominate the corridor and lead to the exhibition rooms; the third floor, which is arranged along the atrium, houses the platform and can be accessed from the highest part of the hotel on Rue de Bellechasse.

Among the main works to admire are: Cezanne's Card Players, Courbert's The Origin of the World, Degas's Dance Class, Gaugin's Self-Portrait with Yellow Christ, Manet's Olympia, Monet's Blue Water Lilies, Renoir's Bathers , Rossa di Toulouse - Lautrec and many others.
In addition to these works that are part of the permanent collections, the Orsay Museum is the stage for a continuous succession of temporary collections of great artistic depth: currently there is "Viva Verdi" dedicated to the Italian composer and "The angel of the bizarre" on the study of pictorial Romanticism from Goya to Max Ernst.

The Musée d'Orsay is open every day, with the exception of Mondays, from 9,30 to 18, closing at 21,45 on Thursdays. It is well connected with the Metro stations: it is located a few steps from the stops Rue de Bac, Solferino e National Assembly. The cost of the ticket is 9 euros, reduced to 6,50 euros based on the following conditions:


Admission is free, however:

For more information, the Musée d'Orsay website is www.musee-orsay.fr

Ajaccio, what to see and what to do in Corsica

From Paris to Giverny in the footsteps of Claude Monet

Colmar, what to see in France in three days

Paris for free, all attractions for under 26s