Ile de France: what to see beyond Paris 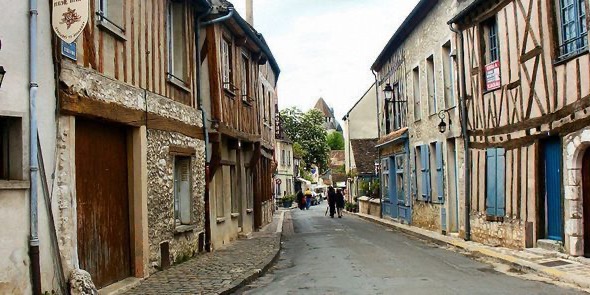 THEIle-de-France is a region in the north of France best known for its capital, the charming and always attractive city of Paris. But in addition to hosting the French capital, this territory preserves within it real treasures that are often little known, including ancient castles, Gothic buildings and sites of medieval origin. Also throughout the region, including Paris, all main monuments are free for young people under 26 and on the first Sunday of the month they are free for everyone. In short, the Ile de France could be the perfect destination for a low cost weekend away from the most common routes.
If you are interested in discovering this region, here are some tips on what to see.

In addition to the city of lights, one of the most famous attractions is undoubtedly the Palace of Versailles, former residence of the royals of France from the XNUMXth century. This building is definitely worth a visit for the majesty and splendor of its rooms, all richly frescoed and cared for down to the smallest detail, which constituted an ideal model for the decoration and organization of all the main European courts of the time. Not to be missed is also the vast garden that surrounds the palace, dotted with fountains that are made to dance to the rhythm of baroque music on spring and summer weekends. If you don't know how to get to Versailles, you can read it in our posts.

Another stop not to be missed is the town of Fontainebleu, famous for its Renaissance castle. Less known than Versailles but just as interesting, this palace was also used as a residence by some French monarchs and deserves to be seen for the beauty of its rooms and gardens. In addition to the castle the town of Fontainebleu hosts a large forest, which some will remember as one of the subjects of Impressionist painting. The beauty of the wooded complex, a source of inspiration not only for painters, but also for photographers and writers, has meant that this territory was protected as an "artistic reserve" and therefore removed from various deforestation projects.

The last castle I suggest to visit is that of Vincennes, on the border with the city of Paris, today the most important fortified French castle. Very different from the palaces of Versailles and Fontainebleu, this building is striking mightiness of its keep, more than 50 meters high, and for the geometric essentiality of its structure. Surrounded by walls, the castle has a similar appearance to that of a fortified city, which also houses a Sainte-Chapelle, a religious building in the Gothic style. Worth seeing inside the castle are the ancient prisons, which also hosted the Marquis de Sade, and the top of the keep, from which you can enjoy a splendid view of the city and the nearby wood of Vincennes.

A few steps from Paris is also the basilica of Saint-Denis, built in its present form in 1136 and considered the first example of the French Gothic style. The emptying of the walls, characteristic of the Gothic, has allowed the building to host large windows, some of which are among the oldest in France. Particularly noteworthy are the two north and south rose windows, the first to appear in a French religious building. The cathedral is also known as burial place of the kings of France from the 1789th century to 70 and houses about XNUMX burials inside.

Finally, I recommend dedicating a day to the pretty medieval town of Provins, since 2001 under the patronage of UNESCO. This fortified city, built with the purpose of hosting ancient trade fairs, boasts a 1200 meter wall, preserved in excellent condition. Inside the walls you can walk along charming streets and visit characteristic shops where you can buy the most famous local products: rose-based foods and perfumes. Around the main square you will also find some characteristic French timbered houses, which help to give an even more picturesque touch to the city. Leaving the walls for a walk along the external perimeter, you will immediately have the impression of taking a dip in the past: the calm of the traffic and the isolation of the city, immersed in a peaceful countryside with bright colors, will give you the feeling of being really back to the Middle Ages.

Audio Video Ile de France: what to see beyond Paris
Auckland: what to do and see in New Zealand ❯

The 5 things not to miss in Lille

Discovering Brittany, the city of Brest

Corsica: how to get there by ship or low cost plane

Cancale, the capital of oysters

add a comment of Ile de France: what to see beyond Paris