Bath and the Roman Baths, what to do in England


The Roman Baths of Bath are the most famous thing to do in this small English town just an hour from London, but here are all the other tips and things not to miss in Bath.

If you are thinking of a tour full of history, but also immersed in the nature of the green English meadows, a stop at Bath is a must. Elegant town in South West English has been recognized by UNESCO as a World Heritage Site. 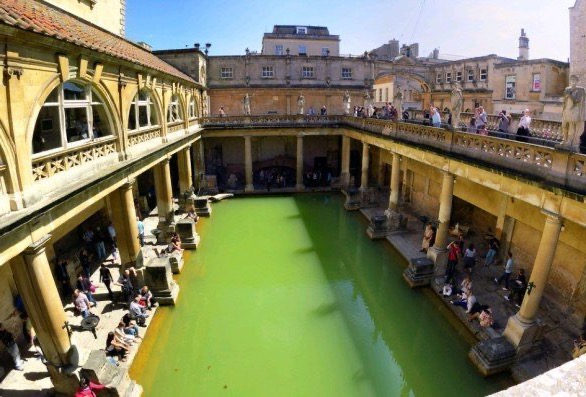 Bath is easily accessible by train from London in about 1 hour and a half, from Salisbury in an hour and from Bristol in just 15 minutes. The nearest airport is Bristol.

The town of Bath, as its name suggests, is famous for the Roman baths. The subsoil is rich in natural thermal springs and Bath is the only city in England to have them. The Romans were among the first to discover this feature and right here in Bath (at the time "Aquae Sulis") they built the most elegant religious spa in northern Europe, characterized by its Roman baths and the temple dedicated to the goddess Minerva (divinity with healing powers).

The historic Roman baths are the main attraction of the town: almost 2.000 years of history yet so well preserved. Even today, the tanks are powered by natural hot water. The visit to the Roman baths is supported by an audio guide that will make the tour inside the structure more interesting. The largest and most important bath (Great Bath) is located inside a square-plan outdoor patio surrounded by colonnades that follow the entire perimeter. The atmosphere is very impressive, especially in summer (July / August), as the center can be visited until 22pm, thus enjoying the soft light of the large torches under a starry sky. 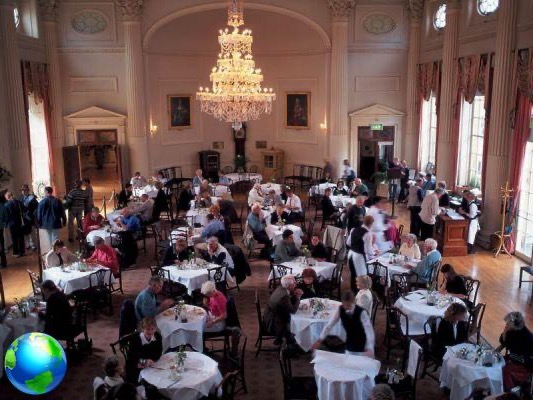 Next to the internal museum is the Pump Room a very elegant restaurant, where from 14:30 to 17 you can try the inevitable "afternoon tea”, On the other hand we are in England. The package is a real brunch and the special feature is Searcy's Champagne Tea. 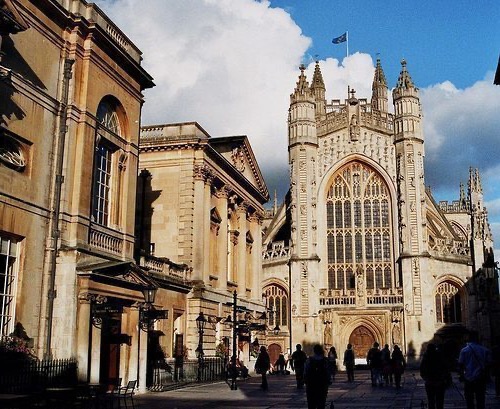 Abbey of San Pietro and Paolo

Near the Roman baths stands the abbey of San Pietro e San Paolo, an excellent example of a late Gothic building. The cathedral was built and destroyed several times and what we see today is the result of the last reconstruction of 1.500. The bell tower, from which you have a beautiful overview of the city and its surroundings, is accessible to visitors. 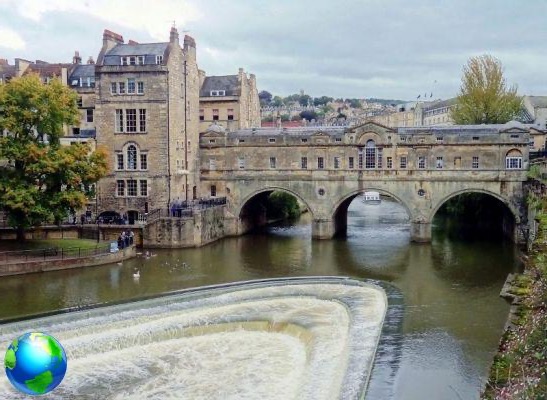 A few steps from the abbey we find the Pulteney Bridge. The bridge crosses the Avon River and it is very beautiful and particular. It looks like the twin of the Ponte Vecchio in Florence and has many features in common, in fact even here there are shops on both sides. 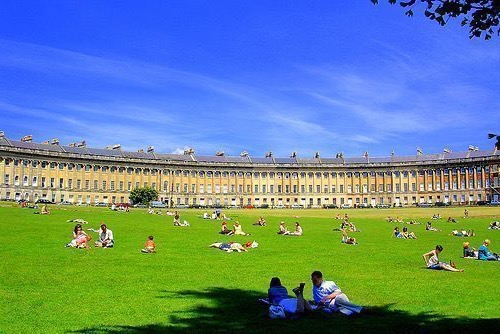 In addition to Romanesque and Gothic architecture, Bath is also popular for its people buildings of the Georgian age cream colored. Reachable in 10 minutes on foot from the bridge, absolutely not to be missed the Royal Crescent and the Circus: the intent was to create on a large scale the Masonic symbol soleil-lune, or the Sun and Moon. Both residential complexes have a particular structure: the Royal Crescent forms a semicircle similar to a half moon, while the Circus is made up of three identical bodies that form a circle. During the summer from the Royal Victoria Park opposite the Royal Crescent hot air balloons take off to admire these particular buildings from above. 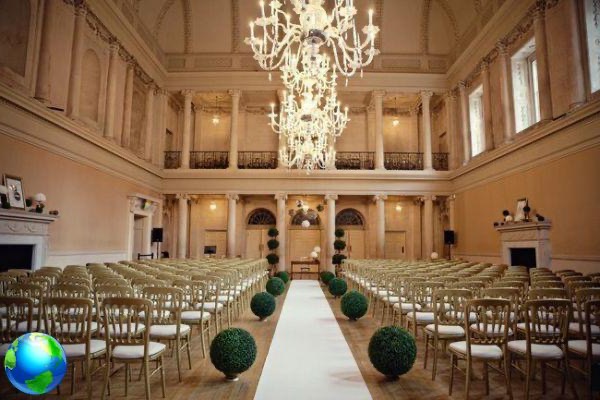 Near the Circus are the Assembly Rooms: center of the social life that characterized Bath at the end of 1.700. The splendid rooms are enriched by original chandeliers of the time and were the meeting point for wealthy guests of the city to dance, play cards and listen to music. In the basement is the Fashion Museum where clothes from the period between the XNUMXth and the end of the XNUMXth century are exhibited. 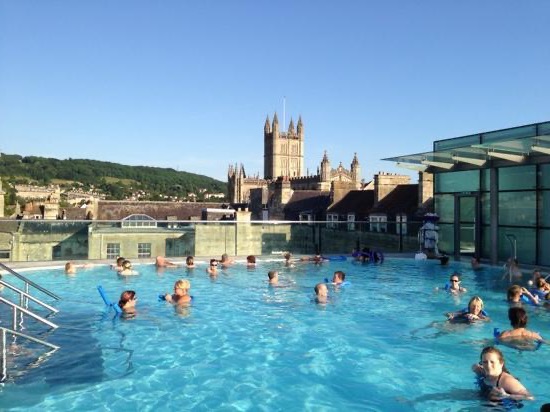 Everyone can enjoy the beneficial properties of thermal springs today. There very modern SPA it is the ideal place to relax, regenerate and take advantage of the healing properties of the thermal water. One of the pools is located on a panoramic terrace overlooking the abbey, which is truly impressive.

Audio Video Bath and the Roman Baths, what to do in England
5 foods not to miss in New York ❯

The Serpentine Gallery in London

The King's speech was filmed on a pornographic set

All the free museums in London, chosen for you

The most intellectual London is low cost

add a comment from Bath and the Roman Baths, what to do in England