Aeolian Islands tour and guide on what to see, what to do, how to get there, ferries, ships, hydrofoils, excursions and itineraries. 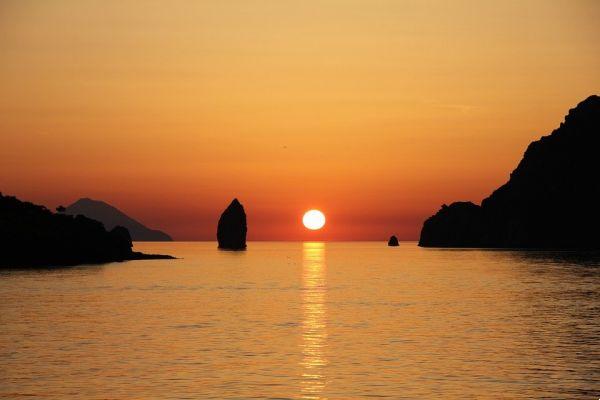 Le Aeolian Islands, Also known as Lipari Islands, are of the Sicilian islands and are included, administratively, in the province of Messina.

This archipelago of volcanic origin is located in the Tyrrhenian Sea and hosts two active volcanoes such as Stromboli and Vulcano.

Over the years, the Aeolian Islands are becoming more and more one tourist and seaside resorts among the most sought-after in Europe (over 2016 tourists passed through in 800.000). 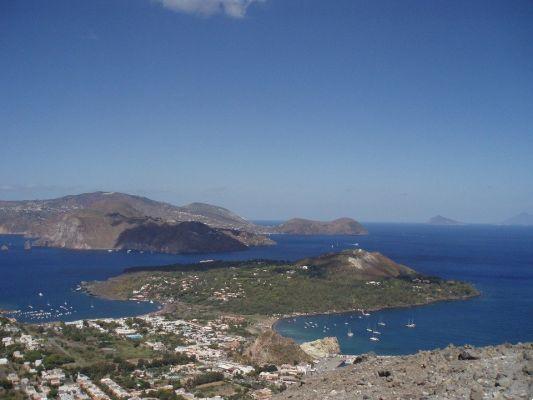 What are the Aeolian Islands?

As we have just mentioned, the Lipari Islands o Aeolian Islands are part of a archipelago of vulcanic originIt consists of seven major islands and many islets.

These islands form a lying Y, they are visible to the naked eye from the Northern Sicily and from Calabria and I am: 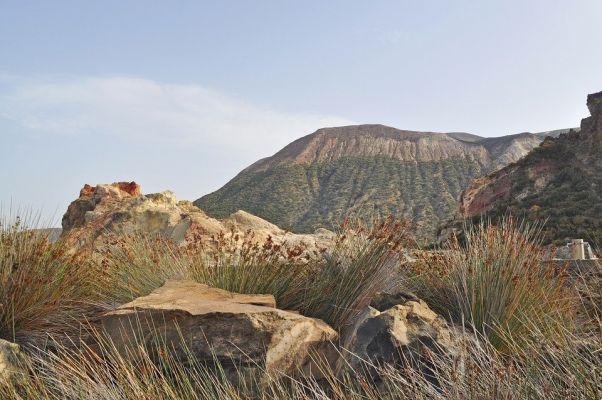 THELipari island is the largest of thearchipelago of the Aeolian Islands and has about 13.000 inhabitants who live divided into 4 hamlets such as Acquacalda, Quattropiani, Canneto and Pianoconte.

Lipari is located in the center of the Aeolian Islands and therefore has a privileged position as it starts from here excursions even one day for Panarea, alicudi, filicudi, Volcano, saline e Stromboli

We recommend that you visit theGreek acropolis call fortress of the Castle which arises at the foot of the city center, the beautiful beaches and to take a walk on the Corso Vittorio Emanuele and the feature Garibaldi Street.

For all the necessary information on the island consult Lipari holiday tips.

THEisland of Panarea it is the smallest and oldest of the archipelago and it is one seaside resort among the most coveted since international tourism thanks to his naturalistic beauties and its worldliness.

And 'the holiday ideal for all those who like to have fun or plan to pass moments of total relaxation on one of the lovely beaches.

The village of Saint Peter it is the center of the island's social life and has been defined as the glamorous lounge of the Aeolian Islands.


To have all the information necessary on the Island consult Panare holidays advice.

THEStromboli island it's a active volcano also known as the black pearl and is the perfect place for lovers of uncontaminated naturea and del Relaxing.

Here you can admire incredible and breathtaking views like when the volcano He erupts at night and launches lapilli in the beautiful starry sky of the island. 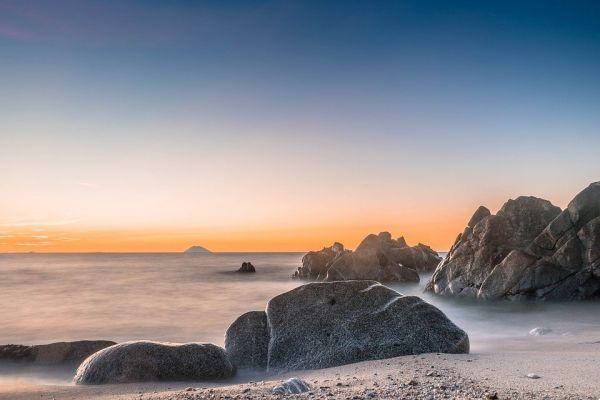 Lipari where to eat well and spend little

Il advice we give you is to see all black sand beaches that are truly unique in the world.

Lisland of Vulcano is perhaps the most suggestive of allarchipelago where you can do excursions beautiful and you can visit black sand beaches truly incredible. 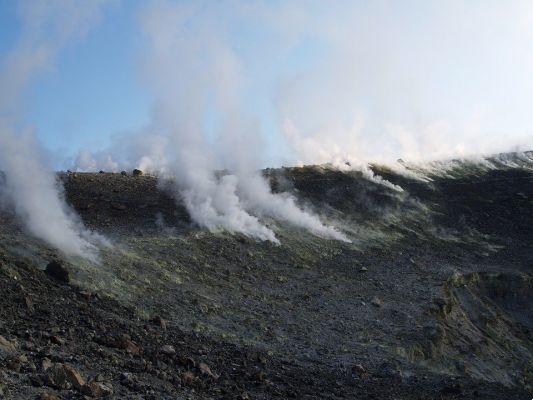 Lisland of Salina is the greenest of thearchipelago of the Aeolian Islands, is located in a central position and the second largest island in size.


Here you can do a lot excursions like those at caves of volcanic origin, To Fossa delle Ferns e Monte dei Porri which are extinct volcanoes whose peaks seem to form a sort of camel's hump. 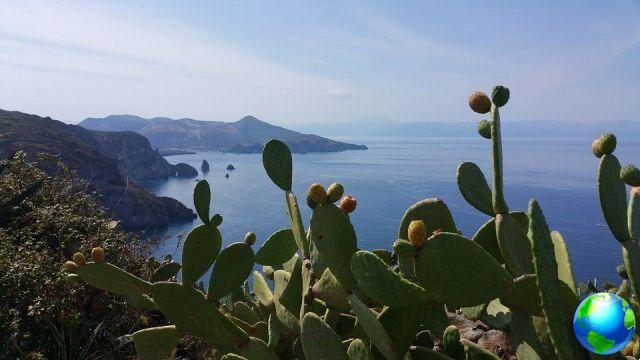 The main center of the island is the town of Santa Maria which was born on the slopes of the Fossa delle Felci and hosts many accommodation.

THEAlicudi island it is the ideal destination for those who like to do one adventure vacation in a wild and uncontaminated territory.

This enchanting island still retains its natural charm and, given the particular conformation of the land, has no roads so there are no cars or motorbikes and the only ones means of locomotion are the mules. 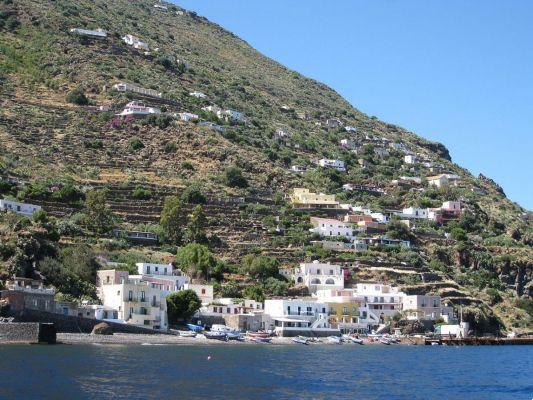 We strongly advise you to do a lot excursions and to visit all the beaches on the island.

THEFilicudi island it is known as a remote island of beautiful colors and large naturalistic beauties.

This island is rich in sentieri from wild and uncontaminated charm where to take immense walks listening to the sound of nature and its scents.

We advise you to do excursions to the Grotta del Bue Marino and to climb to the top of the peak of La Canna which is one black rock of volcanic origin of about 70 meters.

Aeolian Islands how to get there

Getting to the Aeolian Islands, according to many people, it is a difficult undertaking but instead it is not so because there are so many ways to reach them.

We point out that in some islands (Panarea and Alicudi) it is not possible to transit with one's own means of transport so it is always better to stay on foot to save time and money.

Now let's see what the means of transport and the most comfortable solutions for reach the Aeolian Islands: 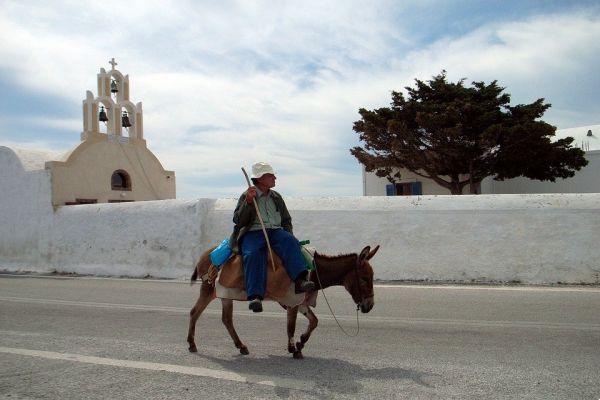 Getting to the Aeolian Islands by train

If you mean reach the Aeolian Islands by train, the nearest railway station is that of Milazzo.

From here you can take a ferry or hydrofoil that will take you to your destination. 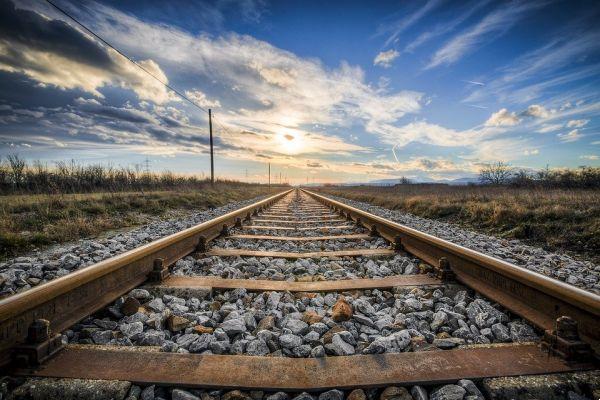 Getting to the Aeolian Islands by plane

If you mean reach the Aeolian Islands by plane we point out that the closest airports are those of Catania (Fontana Rossa), Reggio Calabria (Airport of the Strait) and Palermo (Punta Raisi).

From one of these destinations you can take a hydrofoil that will take you to one of the Aeolian Islands (from Catania, however, you will have to reach Milazzo). 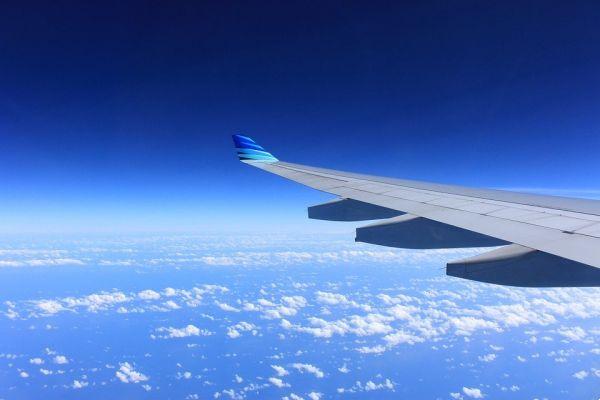 Getting to the Aeolian Islands by ship

Let's see which is the best solution for you get to the Aeolian Islands by ship:

We remind you that anyone who comes to Palermo, Messina o Catania, For to reach the Aeolian Islands, one must necessarily embark in Milazzo. 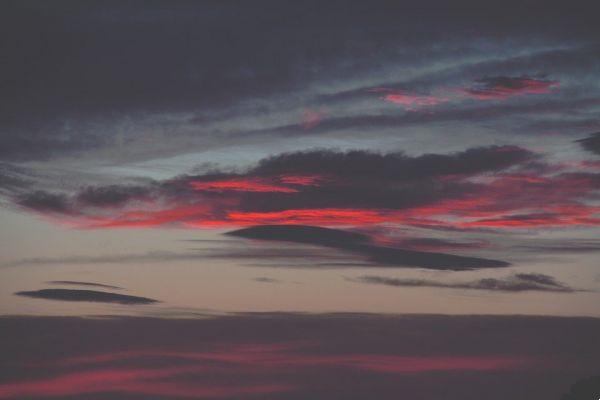 Getting to the Aeolian Islands by hydrofoil

Let's see which is the best solution for you get to the Aeolian Islands by hydrofoil: 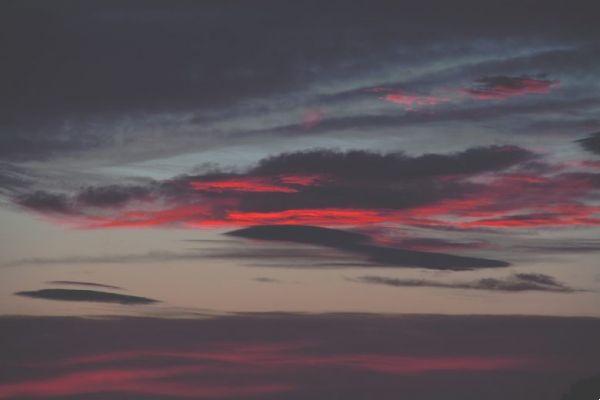 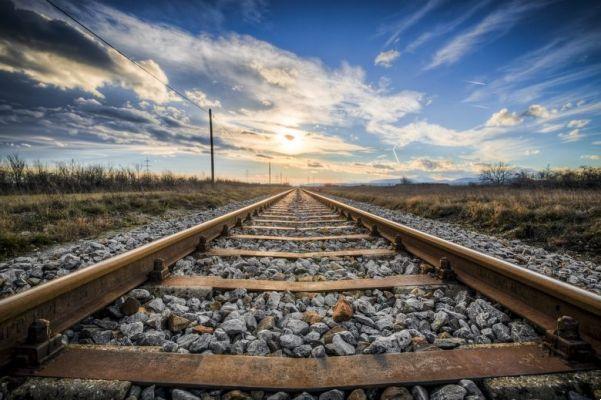 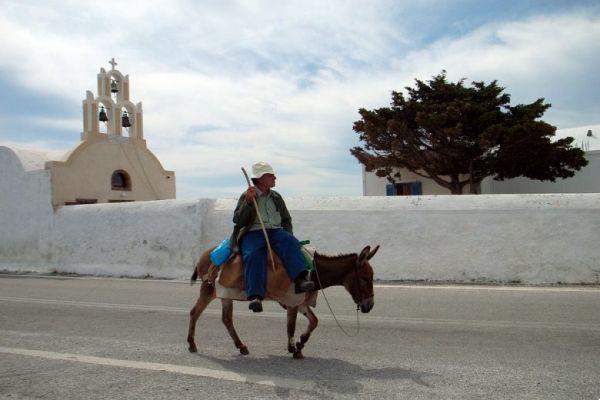 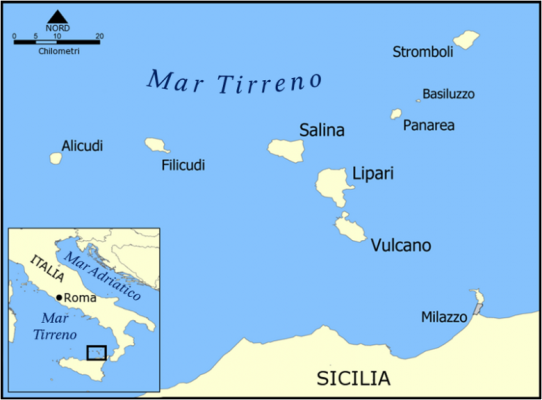 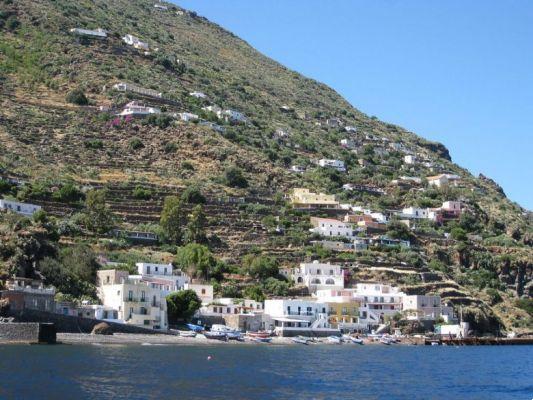 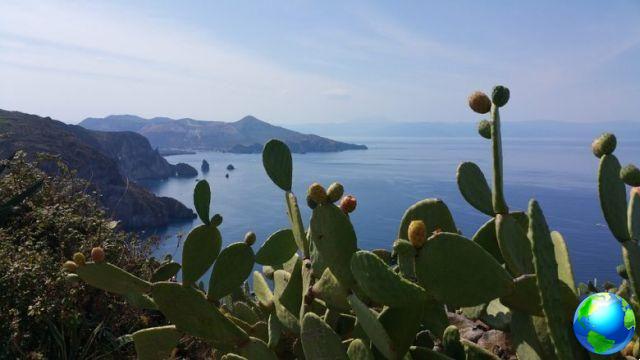 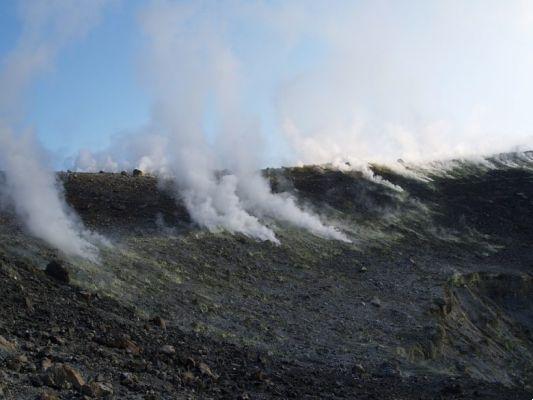 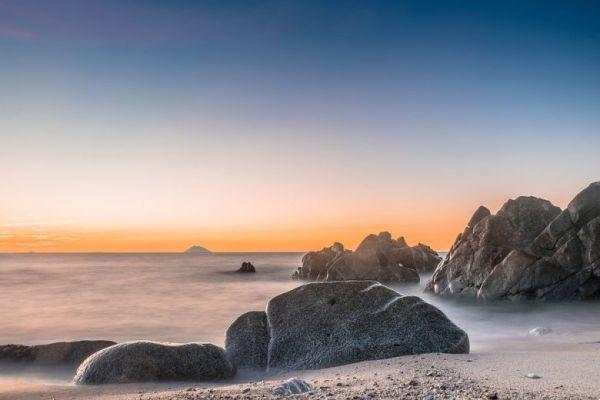 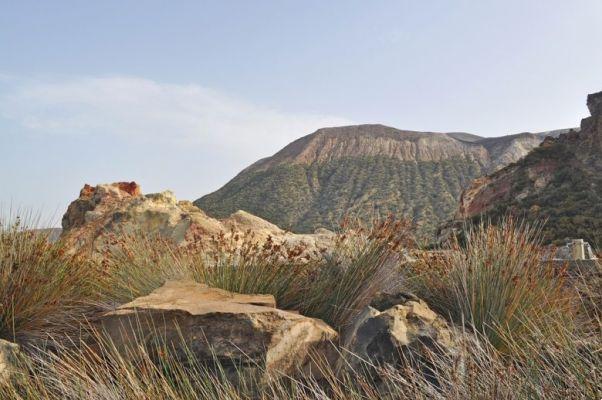 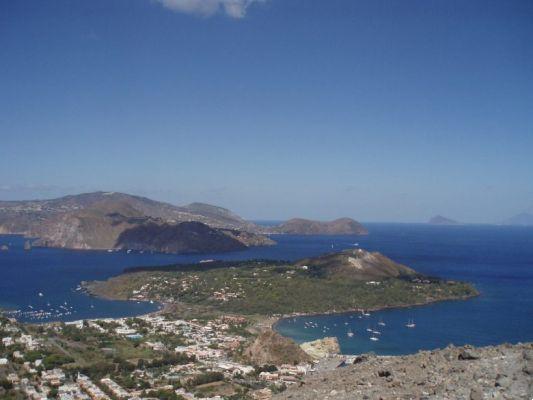 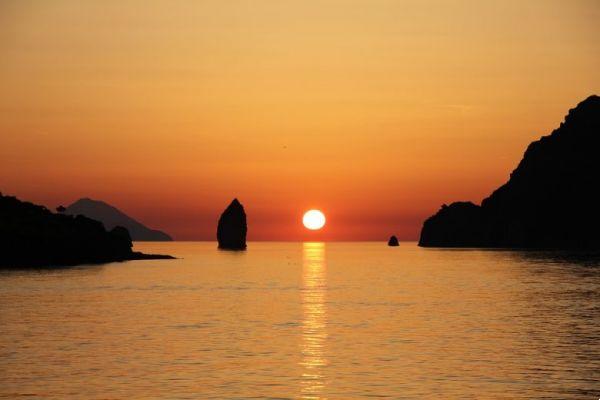 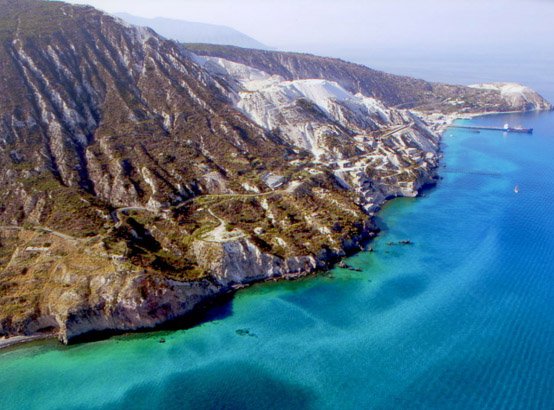