What to see in Warsaw in 2 days

I had already been to Warsaw many years ago and I didn't have a bad memory of it, quite the contrary! We often hear that Warsaw is not beautiful, that it is too "Soviet" and that it has the air of a "fake" city being it was completely rebuilt after World War II, but is not so. It is obviously true that it has been rebuilt, but the reconstruction has been done very well: the buildings, monuments, and churches have been rebuilt as they were before the war and their charm has remained unchanged. It does not strike at first sight like Krakow or Wroclaw, but by giving it a little time you will be able to discover all its charm and vivacity. Warsaw is a big city and takes much more than the 2 days I have dedicated to it, but in 2 days you can still see the main monuments and discover the new hipster neighborhoods that are gradually being redeveloped (which are my passion!). 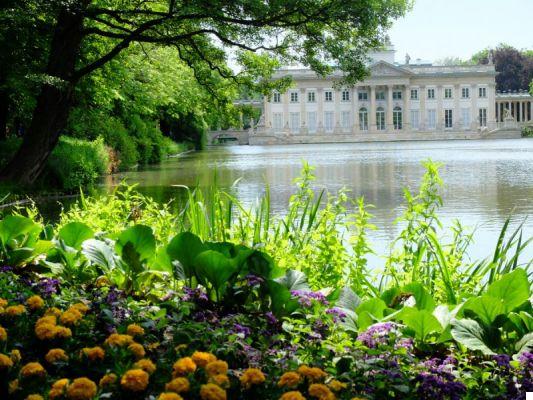 How to reach Warsaw

By plane Warsaw can be reached by direct flight using various airlines such as LOT, Ryanair and others.

In bus /treno. Warsaw can be reached comfortably and inexpensively by bus and train from virtually all Polish cities. For example, I reached it from Wroclaw by train: the journey takes 4h and costs about 30 euros per person (the intercity).

Where to sleep in Warsaw

Puro Warsaw Centrum: as for the other Polish cities I have told you about, also for Warsaw I recommend a super central hotel of the PURO chain. Warsawa Centrum is perfectly located for walking, is design and has a magnificent terrace with a view. Let's say that with this chain you are never wrong! 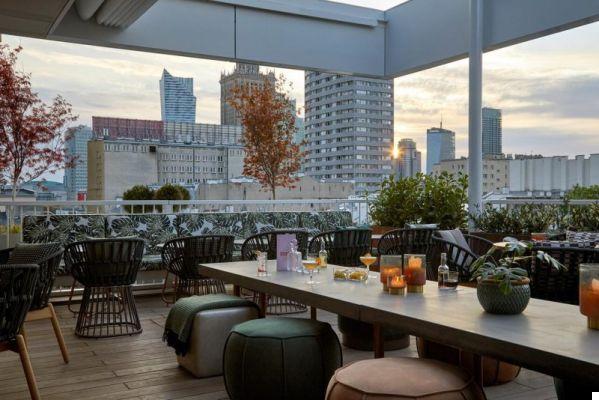 Where to Eat in Warsaw 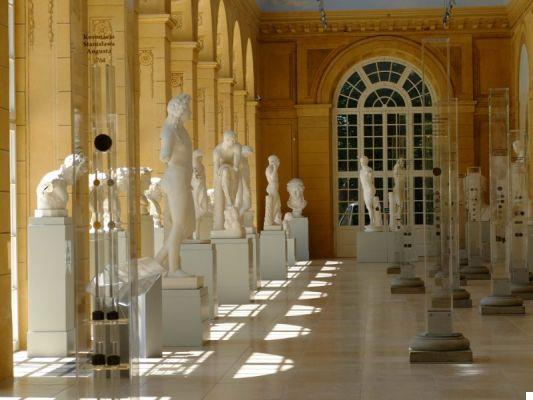 What to see in Warsaw: all the places not to be missed

The Old Town (Stare Miasto) and the citadel

Traveling along the "Royal Road”(Ulica Krakowskie Przedmiescie) you will come straight to what was the oldest part of the city. Completely rebuilt in the 50s, the old town preserves all the main monuments of Warsaw: the royal castle, the square full of cafes with their courtyards and the ancient fortified citadel. The large square in front of the Castle is dominated by Sigismund's column which is the symbol of Warsaw; from this square one enters the castle where it is possible to visit the sumptuous baroque royal apartments and some important ones paintings by Rembrandt in the Royal Castle Museum. From the large square continue along the alleys where countless colorful Nordic-style houses overlook to get to the fortified citadel. Climb the walls of the Barbican to have a nice view of the Vistula and the old city itself. A gem: along the Strada Reale you will meet the Church of the Holy Cross; this church would be insignificant were it not for the fact that in an urn of the left aisle the Chopin's heart who was brought here after his death in Paris, following his wishes. It is not easy to find because the epitaph is written in Polish, but asking here and there in the end it is found. 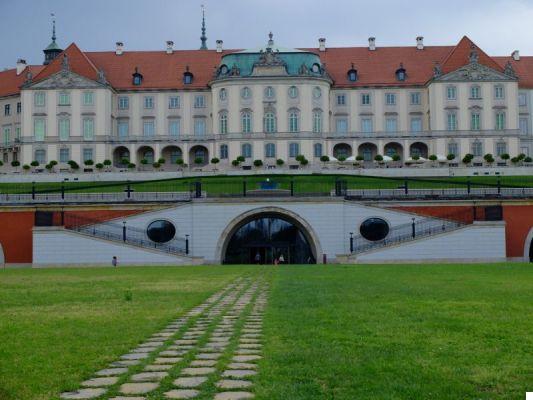 Palace of Culture and Sciences

Whether you arrive in Warsaw by train or bus, the first thing that will appear before your eyes is a huge, immense Soviet-style palace called the Palace of Culture and Science that was donated by Russia to the city in the early 50s. . It reminded me personally of some old New York skyscrapers, the Gotham-City style ones. It cannot be said to be a beautiful building, but it is certainly the most recognizable building in Warsaw and will help you find your way around the city. From the top floor terrace you can enjoy a beautiful 360 ° view. 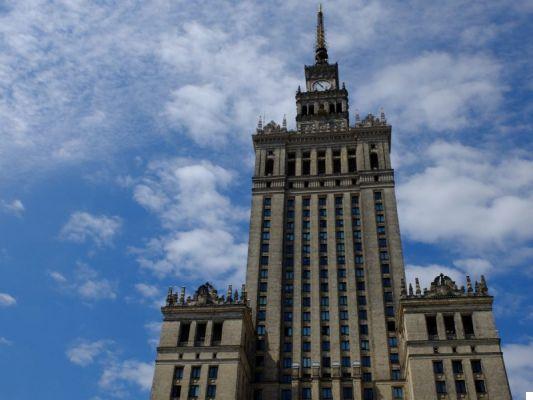 The popular district of "Prague"

I love going to visit the popular districts of the cities, especially those in the process of redevelopment such as Prague. This area, which is located on the other side of the Vistula from the old city, is a very poor area of ​​the city, a large part of the population belongs to the working class and lives in dilapidated buildings. The streets are full of holes, the facades of the houses fall apart and Pasolini characters wander around. But it is always in these streets that artists, musicians and entrepreneurs who are changing the mood of the neighborhood have settled. Little by little they appeared beautiful murals, small bars, galleries, restaurants and night clubs. The main streets are Stalowa Ul., Zabkowska Ul. And Brzeska Ul. On Zabkowska Ul. At number 27/31 there is aformer Koneser Vodka factory (disused) which now houses two art galleries specializing in photography and multimedia contemporary art. At No. 25 of Minska Ul. The Soho Factory hosts the Neon Muzeum, a one-of-a-kind museum dedicated to the documentation and conservation of Polish neon from the Cold War years. We are a long way from the redevelopment that took place in Kazimierz in Krakow, but it is still a good start. 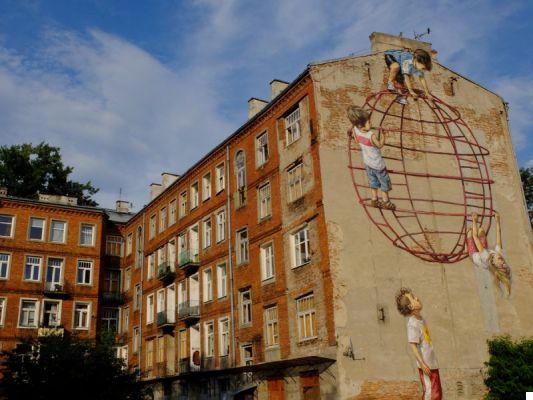 Looking at the map you will immediately realize that Warsaw has a lot of green areas. The most beautiful is certainly the Lazienki Park, which houses the residence of the last Polish king and is one of the most beautiful palace and park complexes in Europe. The park actually consists of 3 parks: the Reale, the Belvedere and the Modenista. It is a beautiful and well-kept park, full of ponds, where you can meet squirrels, peacocks, swans and many other animals. It is much loved by the citizens of Warsaw who flock here especially on Sundays to stroll and listen to the Chopin music concerts which are held at 12 and 16 from mid-May to mid-September with a live piano placed under the monument dedicated to the composer. 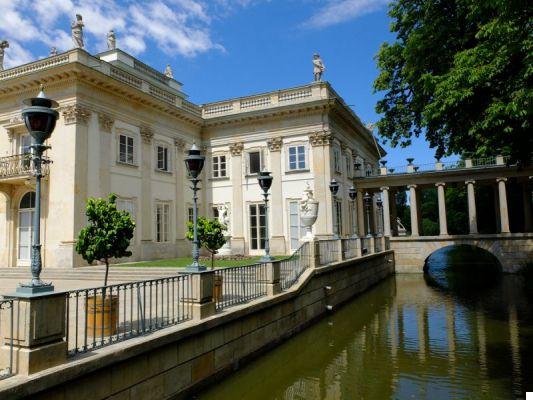 What to see in Venice in 2 days ❯

A train to Kazimierz and the Jewish ghetto of Krakow

What to see in Poznan in a weekend

Wieliczka salt mine, the salt mine in Krakow to visit