The best pubs in Edinburgh

In Edinburgh there are many pubs and breweries where you can try local beers in pubs full of history. Here is a taste of my favorites in Edinburgh.

Look for a pub in Edinburgh it's a breeze considering there are far more pubs and breweries than shops / restaurants / supermarkets or other basic necessities! Oh yes, because beer in the Scottish capital is a real institution and it is clear that there are thousands of temples (called taverns) for its worship ... Royal Mile (the main street of the city) crowded with beer bars, one more beautiful than the other!

I will list a few but the advice is to try as many as possible during your stay in Scotland, because among the attractions not to be missed there are above all them, the breweries and pubs. 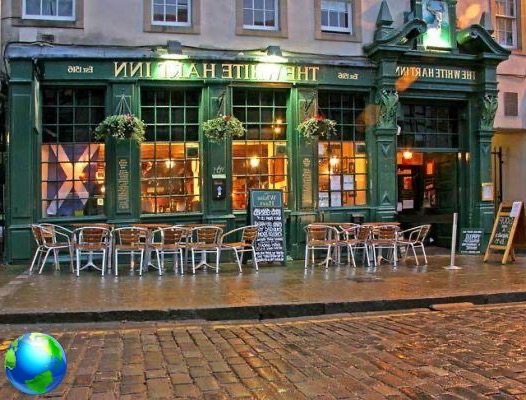 I start with what is considered to be the oldest bar in Edinburgh open continuously since 1516, located in Grassmarket, the small square that is located down Victoria's St. and which houses the city market. To the The White Hart Inn it is difficult not only to order a single pint but also to choose not to taste the typical dishes of the area, or Haggis (Scottish dish based on sheep entrails, kidney and oatmeal, a little strange to read but really good !) is Scotch Broth (beef or mutton broth with a side dish of peas, carrots, cabbage and turnips), real delicacies for the palate! 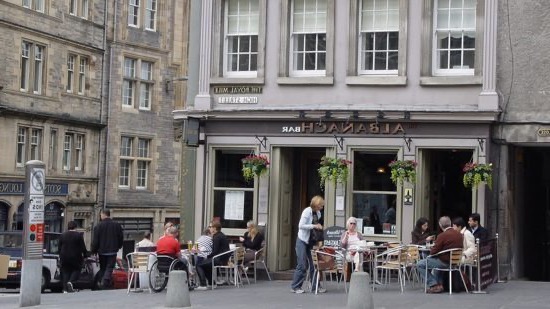 On High St. (Royal Mile) you will have, as already mentioned, spoiled for choice. Among the many I recommend The Albanach, a very elegant pub with a warm atmosphere where between one peanut and another and rivers and rivers of hops you forget the world outside. 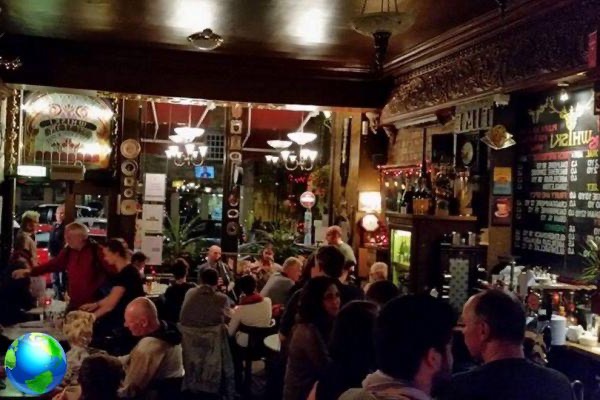 And again the Whiski Bar (just ahead of the Albanach) where we also tasted one of the best fish & chips in history. 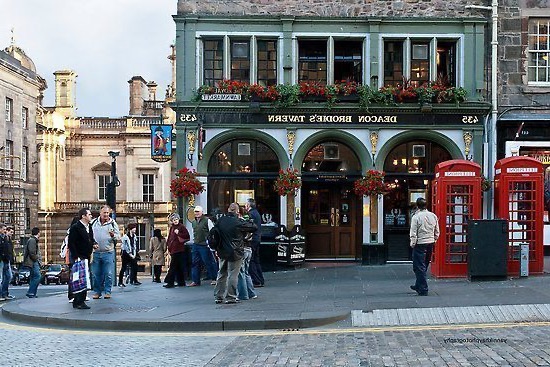 Also on the most famous mile of the city is the Deacon Brodie's Tavern (at the corner of Lawnmarket and Bank Street leading to The Mound), a pub dedicated to Deacon Brodie, an ambiguous person of a respectable and despicable nature who inspired Robert Louis Stevenson to write the novel The Strange Case of Dr. Jekyll and Mr. Hyde.

In the district of Leith take a romantic stop at Kings Wark which in winter will welcome you, as well as with good food and city lagers, with a lit fireplace and a view of the marina from eyes to heart. Here I tasted one of the most typical beers of the Scottish capital, the Caledonian, more malty, darker and smoother than the other sisters (to name a few, Tennet's Super, Mc Farlan, Gordon Finest Gold, Slalom Strong Lager, Douglas scotch ale and Mc Evan's Lager). 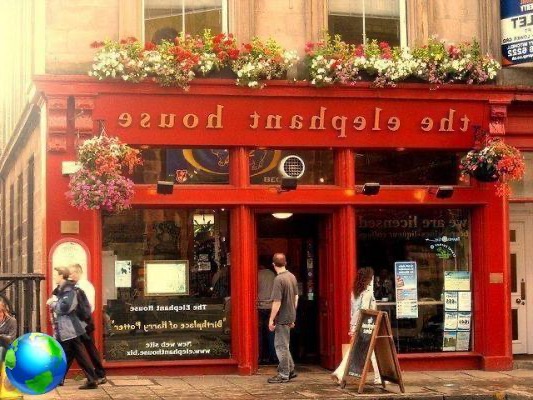 Finally, for lovers of the most famous wizard in the world (Harry Potter), I suggest you take a trip to the The Elephant House, birthplace of Harry Potter precisely because Rowling wrote the first novel of the saga here!

At this point you have to book a flight to Edinburgh and dedicate yourself to the good hops of the city, enjoy!

Audio Video The best pubs in Edinburgh
Christmas markets in Copenhagen, what to see ❯

add a comment of The best pubs in Edinburgh