The Aran Islands: what to do and how to reach them from Ireland

The ideal excursion for those traveling who love to immerse themselves in unspoiled nature, discovering local traditions.

Not far from the Irish coast, a 23 miles from Galway, in the Atlantic Ocean are the Aran Islands: Inis Mór, Inis Meáin and Inis Oirr. Visitors who reach the shores of these three little gems are dazzled by the time that seems to have stopped. Deciding to take this little excursion can give that something extra to those who have already visited Ireland or simply want to try to truly immerse themselves in the traditions and local life. 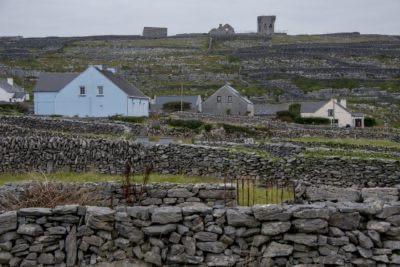 Inish Mór is the largest of the three islands, the most populated and also the favorite destination for tourists. It offers various accommodation options (unlike the other two islands) and has a wonderful cliff overlooked by the remains of the bronze age fort of Dun Aengus. The smaller islands, on the other hand, give greater tranquility, great poetry in the landscapes, between steep cliffs, shipwrecks and isolated lighthouses that can only be reached on foot.

The community of the Aran Islands, especially in Inis Meáin and Inis Oirr, continues to produce wool sweaters and dairy products as it did a hundred years ago, the population is small and most of it is dedicated to fishing and sheep farming. Even the language seems not to have evolved, in fact one of the attractions of the Aran is the possibility of learn Gaelic, the predecessor of English in Ireland. To visit the Aran Islands it is possible rent bikes, go around the chosen island by bus, on horseback or take long walks along the coastline. To round off a day touring the Aran don't miss a crab salad and a nice pint of Guinness. Slàinte! 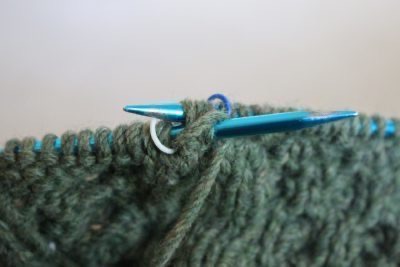 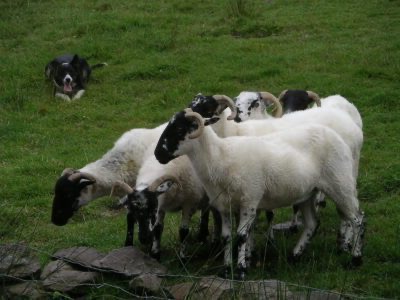 Aran Islands by ferry or plane

To reach the Aran Islands the easiest and most comfortable way is the ferry. The companies that can be used are different, some travel all year round, others only during a few months, with variable hours. It is important to keep the tide situation and the weather conditions under control before departure in order not to have any nasty surprises. It is possible to book online well in advance and it is advisable to arrive at the pier one hour before the actual departure so as not to miss the boarding call.

The first two companies start from Doolin, a village that can be chosen as a starting point for visiting the fantastic ones Cliff of Moher. Doolin Ferries guarantees connections from March to October, as well as a series of tours of the Irish Atlantic coasts. While Doolin2Aran Ferries allows you to reach the Aran until November. These two companies also operate an internal connection service between the three islands throughout the summer season. In the winter months, the connection only takes place between Inis Meáin and Inis Oirr. 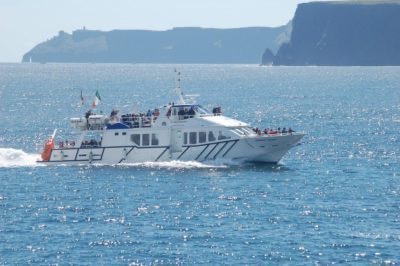 Aran Island Ferries departs from Rossaveal, one hour from Galway, and is active all year round making it possible to reach the Aran with a 45 minute crossing. The cost of a round trip by ferry is quite low, especially if the tickets are taken in advance.

An alternative to the ferry are the charter flightsr of Aer Arann which depart from Connemara Airport and reach all three islands. The cost is around € 100 for a round trip, while it is also possible to organize scenic flights by calling the agency directly.

Don't miss the chance to visit these enchanted lands.

Audio Video The Aran Islands: what to do and how to reach them from Ireland
Rioja wine area ❯

Cliff of Moher in Ireland, discovering the cliffs

Festival in Dublin, the best of music in Ireland

add a comment of The Aran Islands: what to do and how to reach them from Ireland