Cliff of Moher in Ireland, discovering the cliffs


Cliff of Moher in Ireland, a place that each of us would like to visit at least once in our lifetime. How to get there, but above all what to do once you get to the Cliff of Moher?

Le Cliff of Moher are probably the most visited place in the wholeIreland. The reason is simple and you understand it as soon as you are in front of this spectacle of nature: 8 kilometers of cliffs overlooking the Atlantic Ocean. 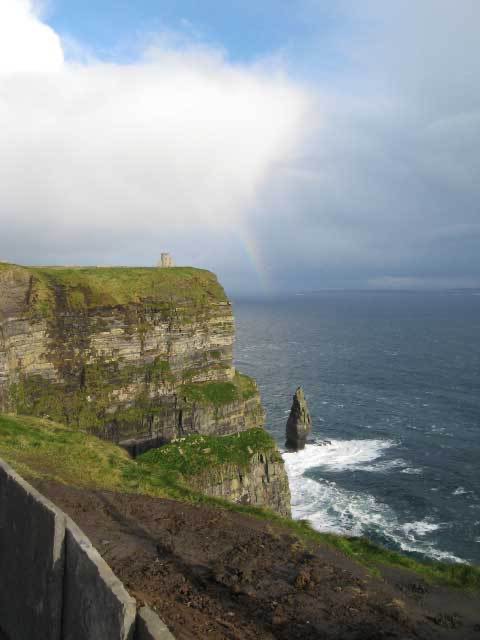 You don't always need to go to the other side of the world to discover places of authentic, breathtaking beauty. For example, it was enough for me to fly to Dublin and move west from there. So I crossed this splendid coast from coast to coast island full of shades of green and blue until you reach the Cliff of Moher, ("cliffs of the ruin”In Gaelic), and breathe deeply all that marvel of ocean, sky and rocks.

It is in fact cliffs 8 kilometers long and up to 214 meters high, which rise a short distance from Doolin on the west coast of County Clare. They can be reached by car, through the arid and rocky territory of the Burren, or by bus or organized tours of one or more days, from Galway, Dublin and other large Irish cities. 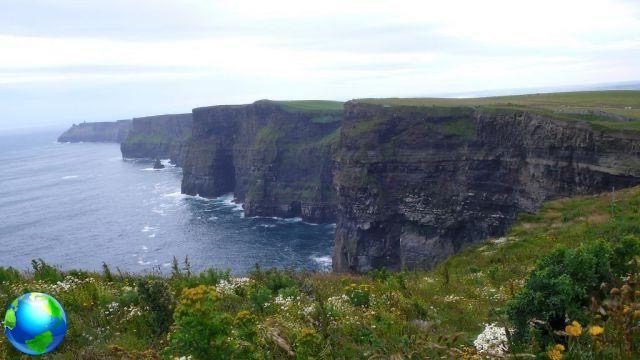 Passing the Visitor Center, built in 2005 and a reason for criticism for the tourist exploitation of the site, which is inevitable in such a place, you arrive at the famous cliffs, where you can really touch the greatness of the world, walking on its borders, between earth and sky, overlooking an ocean of a thousand colors.

With the sun the cliffs are wonderful, but you know, Ireland is able to amaze with its sudden changes in climate! And so also under the pioggia or with the wind lashing (which is actually almost always present on the high cliffs), the Cliff of Moher retain their charm, with the ocean waters that move agitated, breaking on the rocks and the sky that, reopening, gives splendid rainbows to frame the scene, just like in a painting. 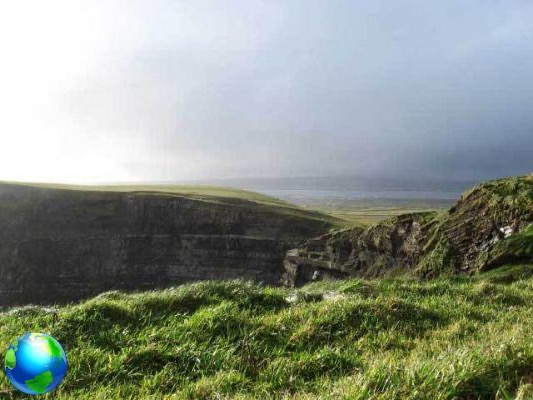 On clear days then you can see the Aran Islands on the horizon, and get to see the green hills and mountains of Connemara and the Galway Bay. Starting from the O'Brien's Tower, built in the nineteenth century to have a better perspective of the cliffs from what is the highest point of the entire coastal stretch, several paths start that allow you to enjoy fabulous views and indescribable corners of peace. 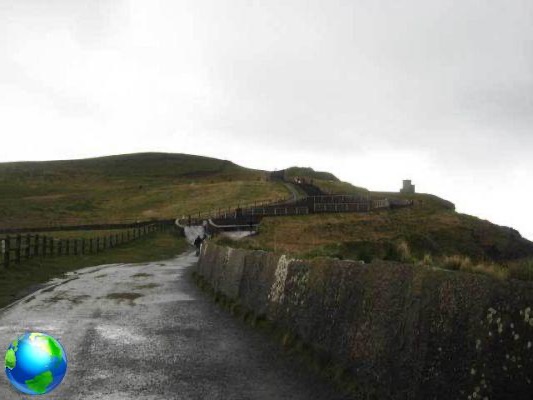 And if you're lucky, you may come across the birds that populate this land, including even the puffin. The most important thing is to never leave the marked paths, because the terrain is particularly rough and dangerous and it's not worth risking so much just to get a more impressive photo shot. Keep walking and you will find in complete safety, new perspectives to take your breath away.

You don't need to know much else to better enjoy the Cliffs; just let yourself go, walk along the ridge, breathe that peace and be inundated with this wonder, perhaps early in the morning or at sunset, when the tourist flow is less and around you you will have only the strength and sounds of nature. 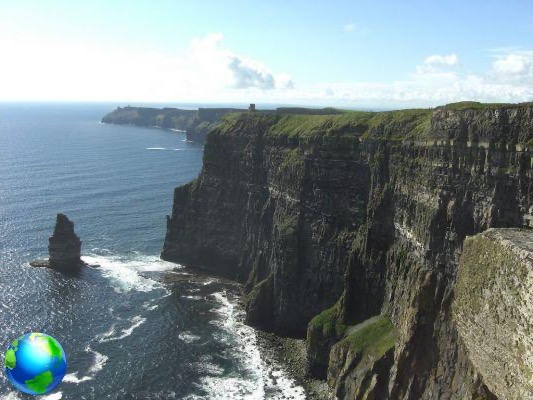 After visiting the Cliff of Moher, to end the day worthily, I recommend a stop in one of Doolin's historic pubs, a quaint fishing village not far from the Cliff of Moher. Here, in front of a lit fireplace, with Irish music in the background, you can taste the typical dishes of the island, such as smoked salmon, fish and chips and Irish stew, accompanied by the inevitable pint of beer.

Audio Video Cliff of Moher in Ireland, discovering the cliffs
Christmas markets in Stuttgart for the whole family ❯

In Dublin in the Guinness factory

What to see in Derry for a DIY visit

Something low cost in Cork

One day Dublin without getting bored in an instant

Glendalough and the sore of Ireland

add a comment from Cliff of Moher in Ireland, discovering the cliffs