The land of Spanish wines par excellence: La Rioja. Ready to take note of the best wineries? In the post, many curiosities about this Spanish area full of charm.

When it rains and it's cold, apart from dreaming of hot and distant beaches ... what else could lift the mood and not make us regret the summer so much?
But the wine of course!
And therefore I will take you to the land of Spanish wines par excellence: La Rioja. 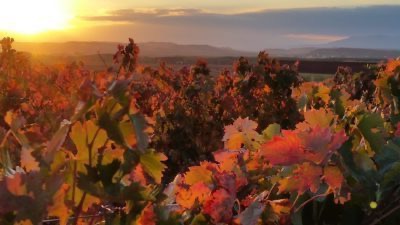 Where is the Rioja wine area

Just to give you some geographical hints, I will tell you that the autonomous community of Rioja (one of the smallest in Spain) it is located in the northern part of the Iberian Peninsula, squeezed between Castilla and Leon, Aragón, Navarre and the Basque Country. 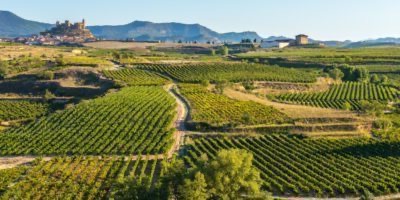 Its location makes it special because it offers an Atlantic climate with Mediterranean influences.
But its main attraction is obviously the wine and the possibility of visiting historic cellars among the largest and most futuristic in Europe.

The cellars of Rioja

Visiting all the wineries is very difficult: make a selection upstream of those that you can consider most interesting .. and start tasting!
During my visit to Rioja, together with a group of friends, we chose to make a mix of well-known and less known wineries, getting advice from our trusted winemaker (owner of the Bodega Bonavista in Barcelona ... which deserves a separate post !!) . 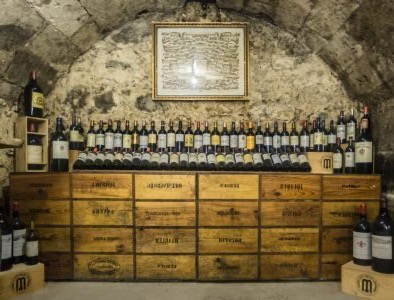 For a matter of time (we only had the weekend available), we decided to visit only two of the six wineries: Muga and Gomez Cruzado.
The great discovery was Gomez Cruzado (being Muga one of the most famous) who instead went through alternating moments of luck to become today a winery with a respectable production. 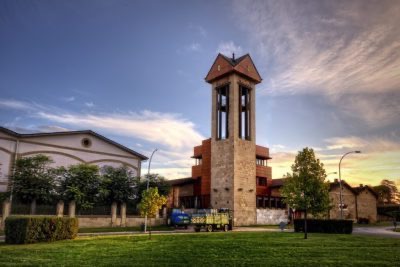 Among our favorites: the white Montes Obarenes and the red Cerro de las Cuevas.
We opted for a more premium tasting winery visit with the best of house wines.
An experience that I can recommend (even if quite expensive, since it costs 50 euros) because not only was it very interesting but it gave us the opportunity to taste great wines.


For the more daring… Haro is also very famous for the battle of wine which takes place in June and during which thousands of liters of wine are thrown at it!

Another very interesting winery - also from an architectural point of view - is that of Marques de Riscal in Elciego (Alava). One of the most famous wineries in the area, also for its structure designed by the architect Frank O. Gehry.
The visit was very interesting (since it is also a very old winery), but I would like to say that it is a more touristic and "organized" experience, compared to that made in Gomez Cruzado.
But as the Spaniards say well: para gustos, los colores.

The villages of Rioja

Wineries and wines aside, in Rioja you can visit towns and villages.

Starting with Logroño, the capital of Rioja, which also offers many ideas to those interested in a cultural version of the region: a visit to the Casco Antiguo, which is the oldest district where the beautiful and large Market Square and the famous religious building of the Concatedral de la Redonda are located. 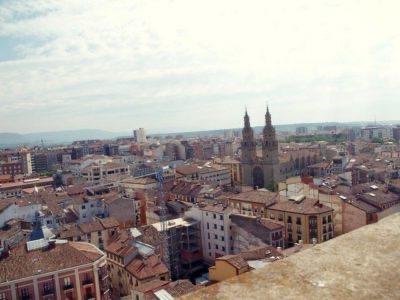 Even here, however, you can continue to eat and drink, as in the famous Calle Laurel there are dozens of bars where you can indulge in the sacred tradition of tapas and pinchos. Obviously washed down with liters of Riojano wine.

However, consider that if you are a vegetarian ... here it will be very difficult to put something under your teeth: meat reigns supreme !!

Other interesting locations are Santo Domingo de la Calzada and its Cathedral; San Millán de la Cogolla with the monasteries of Suso and Yuso, declared a World Heritage Site by UNESCO and famous because the first words in Spanish were written here. 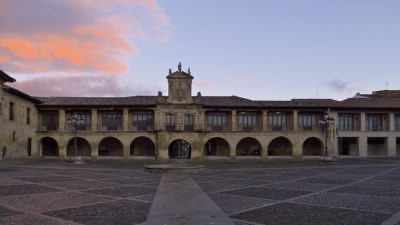 As for the stay, we chose airbnb (there are many solutions) and I recommend getting around by car, since there are still many kilometers to travel.

Audio Video Rioja wine area
Baert b & b in Bruges, bed and breakfast in Belgium ❯