Formentera cheap do it yourself holiday 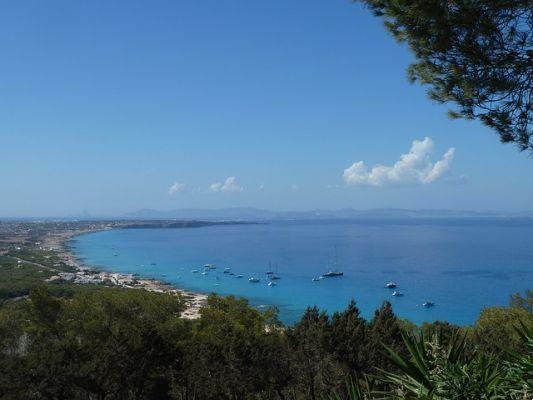 I have seen fit to personally organize the holiday a Formentera! How did she go?

Very well I would say. We spent little and returned home happy! Here are our stops:

It's June, we don't have any travel plans but one day let's see how not to take advantage of it !?

Oscar picks me up at 06.00 and I already know that if I'm not ready he will complain! So in a hurry I get dressed, arrange my hand luggage and check that I have taken everything.

I was about to close the suitcase since it was precisely 6.00 and my mom with a surprised tone says: "mha, this clock must have been left behind" ... then she looks at another one and notices that it also shows 5.00 !!! but how can it be, my cell phone marks 6.00!

Explanation: in the evening, before going to sleep, I had put the sim in the old cell phone but I hadn't noticed that the time was not updated! Oh well I lost an hour of sleep but I had plenty of time to check that I have not forgotten anything!

We arrive at Forlì and with pleasure I note that our flight is indicated at 9.00 as expected.

With about 15/20 minutes late we leave! How strange, there are not so many people on board, it will be half full! Perfect flight! Here we are Ibiza! We quickly collect our luggage and head to the bus stop with € 1,25. leads us to In Evi, the port of Ibiza where i ferries to Formentera.

We find one that leaves shortly after and we get the tickets (express line 35 minutes € 26,00 return).

On board we eat a nice sandwich! Then we decide to go outside, aft! A wave comes and splashes us all, but it's a good feeling since it's hot !! Fortunately, despite the shaking, the sandwich has taken the right "way"! We go back inside and looking at each other we start laughing… we have our hair blown up due to the stern wind.

And here we are in Formentera !!!! How nice, I'm excited !! It takes us about ten minutes to find a taxi but then we finally get on and takes us to the Hostal Illes Pitiuses, a small family-run hotel, just 5 minutes by moped from the center of Es Pujols! We enter and we notice that the reception is on the first floor .. but no, I got up an hour earlier and my trolley weighs !!

I climb the stairs with my trolley while Oscar kindly pushes me from behind .. we arrive at Cristina, the reception girl, kind and friendly and she gives us the keys to room 206! And another flight of stairs with the trolley for my happiness.

Here we are in our room! It's big enough, has a balcony, air conditioning, and the bathroom is decent! We put down the luggage, I get up Oscar who in the meantime had thrown himself on the bed and we decide to go to the beach of Es Pujols. 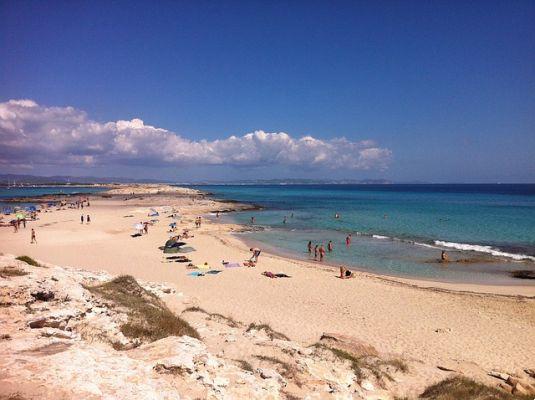 The beaches are all beautiful and with our scooter we have turned them all!

The one that struck me the most is certainly that of Illetes, to the north of the island, a long strip of sand with the sea on both sides and arriving at the end you can see the islet of Spammer.

On the mattress in this almost Caribbean crystalline water with white sand and pink grains, you are "in paradise"! On the opposite side is the beach of Get the Funds!  also known as Tanga, just as beautiful! Then I also liked it a lot Saône Cove, in the eastern part of the island, with its beautiful vivid colors, the red of the rocks in contrast with the blue of the water.

Then there is the one in the center of Es Pujols, then It's Calò and also the long one Migjorn beach which we visited at the height of Es Cà Mari, Es Arenals, He died. However they all deserve a visit !! Nb: beware of sunburn, put the cream on because you stay at the sea until 21.30 pm when the sun sets so with all those hours of sun it is easy to get burned (as it happened to us). 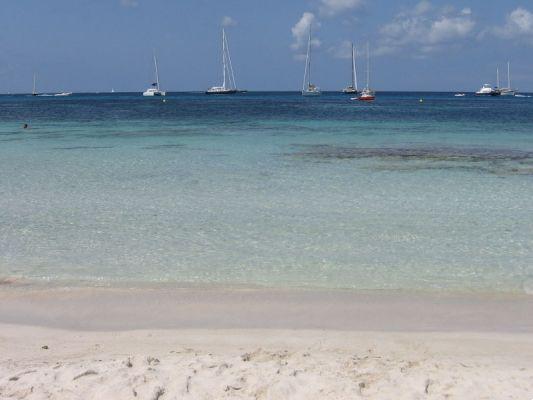 In case everywhere they sell small portable umbrellas for around € 6,00 which are handy !!

Another nice paronamic point is El Mirador where there is also a restaurant of the same name in which we ate one evening and we enjoyed it.

We also did a tour in Saint Francis, the capital of the island where there is a small square with a small church and there are several small shops.

Then we visited the salt flats area and the north area where there are the two lakes Stinky pond e Fish pond. 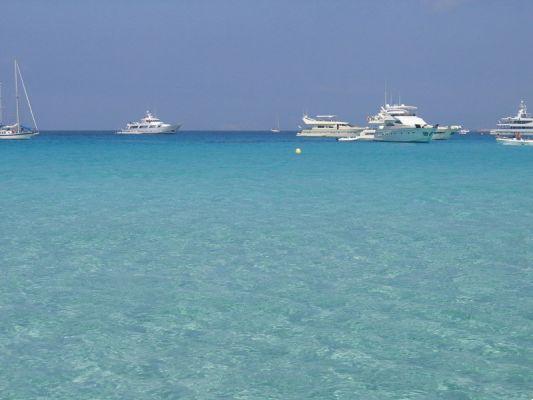 For the evening there are several clubs, the most popular are the Big Sure and Blanco for the aperitif hour, the Banana’s and Blue Bar for after dinner and also the Found Pepe.

The street that leads to the Blu Blanco bar is totally devoid of lighting and this allows you to see a sky so starry that it is exciting.

In the evening, if you take a tour in the center of Es Pujols there are hippy stalls with lots of little things.

Food: breakfast at the Illes Pitiuses hostal is a buffet and there are both savory and sweet things ... usually our breakfast included: cappuccino or milk or yoghurt + a brioche with Nutella, then a slice of toasted bread with butter and jam, then a toast with cheese or ham and a kiwi or a piece of melon, and finally a glass of fruit juice or water! (the right one to start with the right charge!)
For lunch we avoided the beach bars which are certainly not cheap and we got some sandwiches at one of the various supermarkets located between Es Pujols, San Francesc or San Ferran. In the evening in the various restaurants we ate well without spending much.

The one I preferred is definitely the Found Pepe a Saint Ferran.

We went there a couple of times to eat paella which is really very good and at a good price !! What a feast !! The only downside is that there is always a queue to get the table! Then the other evenings we varied by eating sometimes in the center of Es Pujols for example at Maritim, al Beach and sun, once at the Chinese restaurant, once at the Observation tower.

We rented it at Moto Rent Es Pujols paying € 160 (instead of 170) for a typhoon for 6 days (all have the same price list and the same engines (typhoon, zip) but someone gives you a little discount!).

With our scooter we traveled around the island, along all the "green paths", unpaved streets full of holes and stones ... Oscar thought he was valentino rossi and had a lot of fun (some white hair appeared to me but oh well ).

A tip: check the petrol needle carefully, on the island there are only 2 petrol stations in the San Ferran / San Francesc area !. 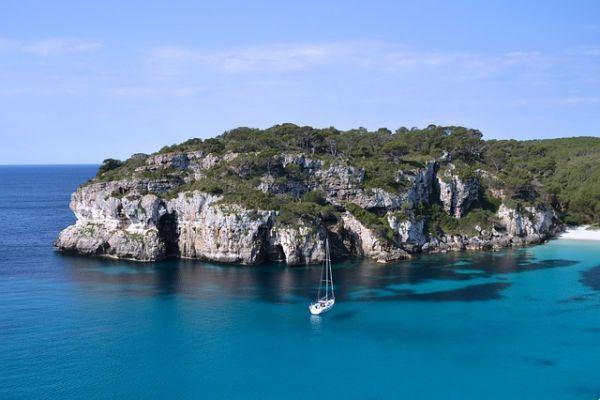 The holiday is coming to an end.

We wake up early and go down to get a cappuccino and a nice hot croissant (the owner of the hotel was very kind because in theory they didn't give breakfast at that time but since we were leaving early she made the bartender come first!) At 7.30 a taxi picks us up at the hotel to take us to the Savina, the port.

Here we make an addition of €. 3,00 at the price paid for the one way ferry because at the time that interests us there is the Jet line (25 minutes).

The return flight is also perfect, only 15/20 minutes late.

After the long journey between taxi, bus, ferry, plane, train and car… we are home.

We take a pizza and download the photos !! Each photo is a beautiful memory! What nostalgia I already have: Formentera, with its unspoiled nature, its beautiful beaches, the blue sea, the white sand, the starry sky, the paella and the sangria etc… how not to love it ?!

Hassle-free DIY, what a GREAT satisfaction. 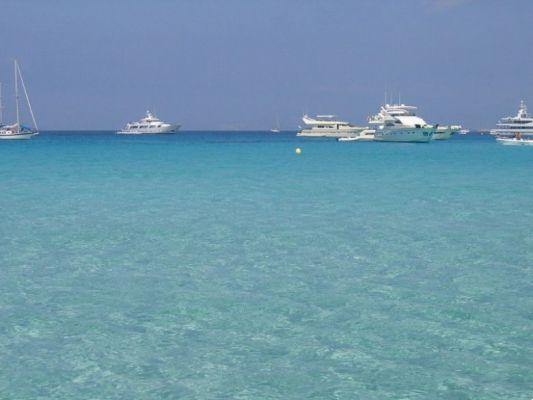 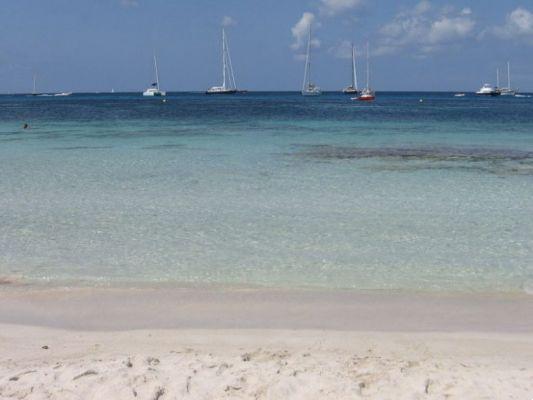 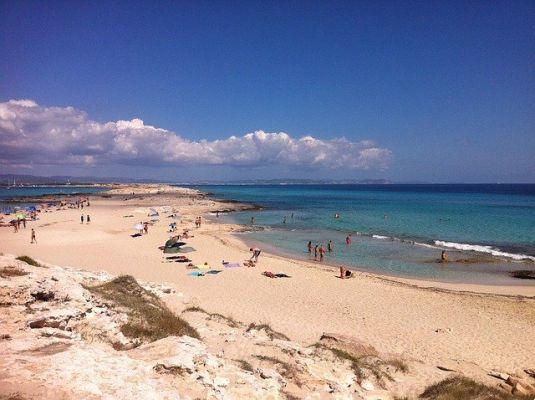 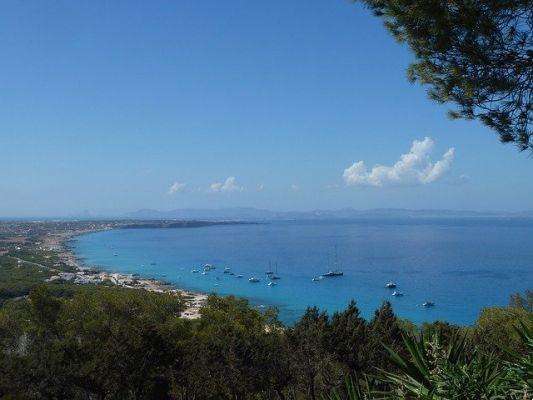 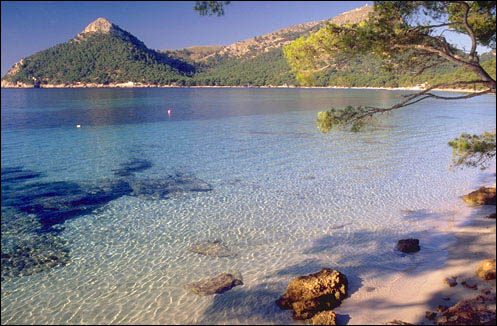 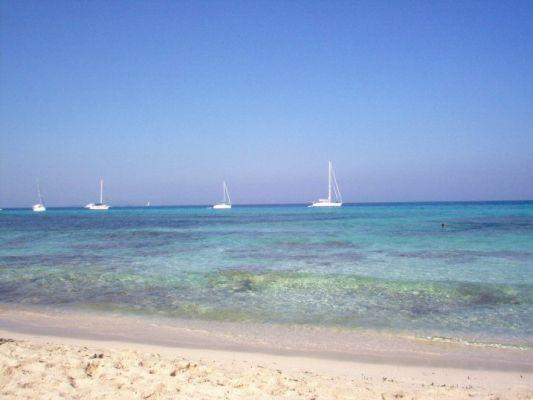 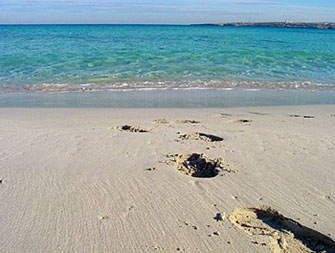 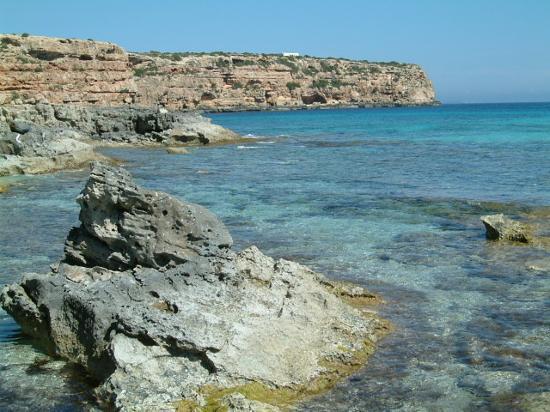 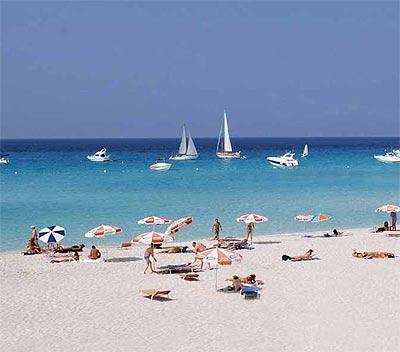 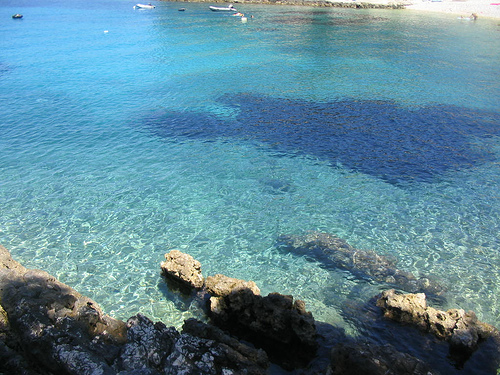 add a comment of Formentera cheap do it yourself holiday