A very special ceremony that takes place in Calabria at Easter, is called the Vattienti rite, do you know it? Come and read what it is.

If the Seville during the holy week, you could meet processions of hooded people and thousands of people intent on screaming behind a statue, in some areas of Italy you might run into even more particular rites. 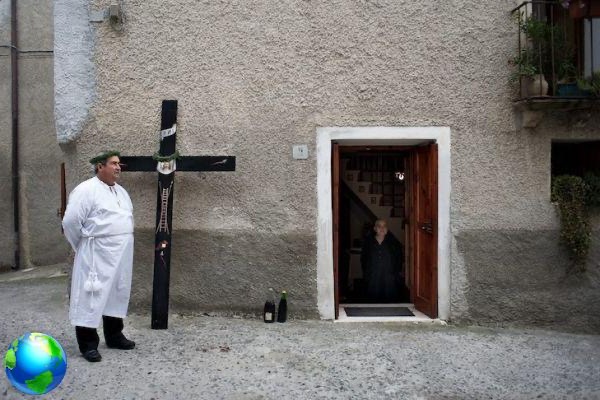 In some centers of the Calabria, in fact, just during the Holy Week a series of suggestive and meaningful commemorations that commemorate the Passion and Death of Jesus Christ continue to be given life. Among the most interesting, we find that of "vattienti”(The flagellants) held every year Nocera Terinese, a small village in the province of Catanzaro.

It is a Christian religious rite in which many, however, repent pagan facets and still others the signs of the barbarism that characterized the medieval era. What is certain is that it is a very ancient rite, so much so that the first historical evidence dates back to 1618. Since then the rite has handed down from generation to generation, even resisting the Church, which it has ordered the cancellation several times, precisely because it is a rather bloody and violent rite. 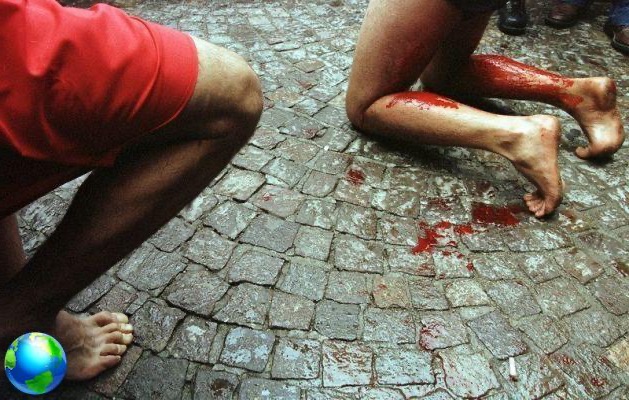 The ritual takes place every year during the Saturday before Easter and takes place simultaneously with the procession of the Madonna Addolorata.

The flagellants are those who theoretically have something to atone for themselves or for others or who intend to obtain a vote with their sacrifice and for this reason they participate in this singular collective rite.

To participate in the procession, they wear strictly dark shorts and shorts for leave the legs and thighs bare, which are the parts that will be scourged and one is placed on their heads crown of thorns.
The vattienti walk through the town fighting first in front of their own house and then in front of the houses of friends and relatives, the churchyards and in front of the votive icons. The tools used to fight are two cork discs, one has inserted on its surface thirteen pieces of glass which symbolize the apostles and Christ, the other is instead smooth and is used both to prepare the skin first with blows to receive the wounds caused by the shards of glass and, according to some, to stain the walls and doors with blood of the houses crossed by the procession. 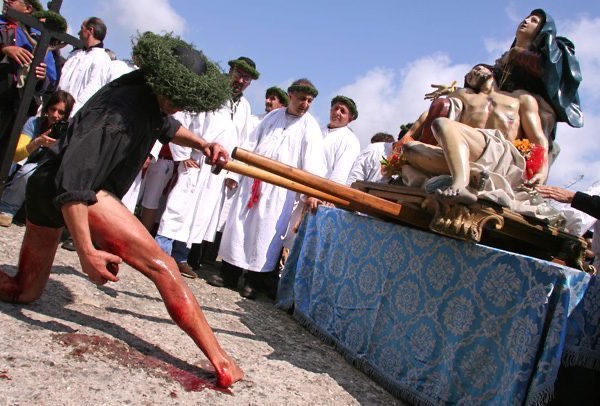 In their path of atonement they are accompanied by relatives and friends who bathe their legs with infusions of wine and vinegar. In this way, they prevent both possible infections and the formation of clots and scabs which in addition to causing pain would make the ritual less scenic.

Due to its spectacularization, the rite of vattienti has crossed the regional borders and every year attracts many people who go to Calabria just to participate in the procession.

Does it also appeal to you or does it seem too “strong” a custom?

add a comment from I Vattienti, the Easter rite in Calabria