How to reach Paris by train

The characteristic rocking of the train, a good book as a companion and the golden age syndrome: romantic trip to Paris.

Paris by train, a comfortable and different way to reach the most romantic city that exists.
You have by chance seen the film Midnight in Paris? Are you sick of the golden age syndrome?
Or do you just want an alternative and - why not - romantic way to get to Paris?
The train is the solution for you. 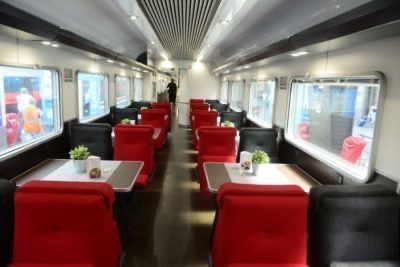 How to reach Paris by train

I have traveled this route by train four times and honestly I must say that I would never tire of reaching it Ville Lumiere alternatively.
Imagine being on a snorting locomotive, traveling through the snow-capped alps and arriving late in the evening along the banks of the Seine that reflect the thousand lights of the city.
There are actually two different ways of getting to Paris by train.

Through the Italian-French company Thello and through Sncf, the French railway company.

In this article we will consider the TGV, or Train to Grande Vitesse. 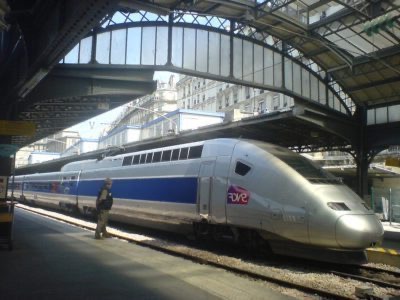 The departure stations from Italy are: Milan (Porta Garibaldi), Novara, Vercelli, Turin (P.Susa), Oulx Sestriere, Bardonecchia.
From these stations you can reach various destinations in France: Chambery, Modane, Lyon and above all Paris (Gare de Lyon).

How to buy low cost tickets

Tickets can be purchased directly from the it.oui.sncf website and the price varies according to the time chosen and the day.
In fact, 3 trips a day and different fares are available.
The practical advice is to buy tickets early in order to find the lowest price.
In fact, for a second class ticket the lowest price is around € 25.

The full duration of the trip from Barcelona is almost 12h however compensated by the magnificent landscape that can be enjoyed crossing the Alps.
We have said that the TGV is actually a high-speed train, however due to the conformation of the terrain it cannot exploit its innate qualities of speed and is reduced to the pace of a mere steam train.

From Lyon onwards the music changes, the train in fact enters the path used for high speed and you will be fired at an average of 300km / h up to the gates of Paris. 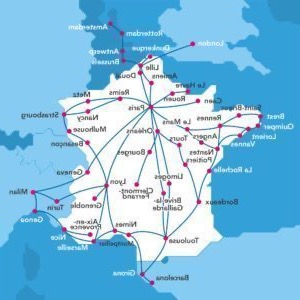 It is true the journey is long, however there is no shortage of small comforts such as: reclining headrest to ensure a sweet nap, restaurant car, area used for the use of telephones, luggage department and of course toilet.

Definitely a good book to share this experience with.
And why not then Murder on the East Express?
Close your eyes, imagine you are in the XNUMXth century.
Try to look out the window and see the snow covering valleys, mountains and villages.
Try listening to the snorting of the locomotive and the gentle rocking of the wagons.
Open your eyes, was it all a dream? No… welcome to the Ville lumiere, the city where everyone can experience his golden age syndrome.

Audio Video How to reach Paris by train
Lots of beer at Brasserie 4:20 in Porta Portese, Rome ❯

What to do in Paris with children

A trip to Franciacorta between art, nature and bubbles

add a comment of How to reach Paris by train