Get used to the United States time zone, possibly as soon as possible, during a trip to the USA it is extremely important. The United States time zone ranges from less than 6 hours for East Coast States for destinations such as New York, Boston, Washington or Florida (Miami, Orlando, ...), to less than 9 hours for West Coast States such as California ( San Francisco, Los Angeles, ...).

In short, a big difference compared to the time zone in Spain, but don't worry, thankfully the organism gets used to it much faster on trips to the west than those to the east. In order not to have jet lag problems during the holiday, it is advisable the first few days do not go to bed early, even if the tiredness is great and what you want most is to lie down on the comfortable bed of the hotel.

Tips for getting used to the new time zone

In the days before departure it can be useful set some clock with the time of the destination of travel and vacation. For a trip to the United States it can be useful going to sleep later and waking up later, if there are no commitment issues. All other activities such as lunch and dinner would also be better delayed.

Going to sleep early is a mistake to avoid if you can. If you go to sleep early you risk waking up in the middle of the night (American), especially if the trip is to the west of the United States. For example, at 15:00 in California it would be midnight in Spain and in the first few days you could already have only at that time, but falling asleep in the afternoon would then risk waking up at midnight or shortly after and spending a sleepless night.

For example, for a trip to New York, on the first evening we recommend taking a night excursion to the Empire State Building. The beautiful panorama from the top of this historic and romantic skyscraper will make you forget sleep and the hotel room, perhaps combining a walk on Broadway or Times Square.

To get an idea of ​​the time zone of the main destinations and tourist destinations in the United States it might be useful to know that if for example you are in the habit of going to bed at 23pm, in New York, Boston Washington, Miami, Orlando and Niagara Falls it will be 00pm, in Las Vegas, Grand Canyon and Monument Valley will be 17:00 pm and even 15:00 pm in Los Angeles, San Francisco or San Diego.

In a nutshell, then you don't "listen" to your classic "Spanish" biological rhythm, especially in the first few days of travel or vacation in the United States, you will find yourself going to bed in the afternoon and waking up in the middle of the night.


To get used to the American time zone it is very important, especially in the first days, not to go to bed early and don't eat much for lunch and dinner. If possible, insert interesting walks, attractions and activities in the evening hours, in this way you will forget about sleep.

Please note:: in the first few days driving in the evening and at night could be dangerous. Sleepiness can slow down your driving reflexes, which are essential for driving in unfamiliar roads and areas and with some different road signs. Driving in the USA always requires a lot of attention, especially in the evening hours. 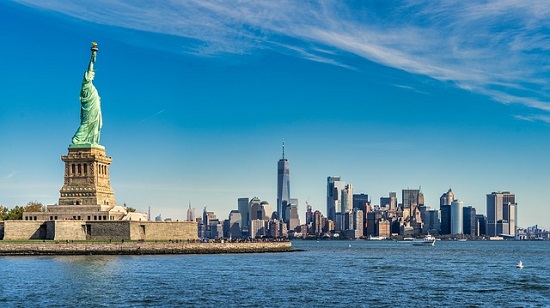