The Festa Major de Gracia takes place in 2014 from 14 to 21 August and for almost 10 days it offers everyone a show of colors, parties and entertainment. Here's what you shouldn't miss.

I live in neighborhood of Gracia a Barcelona from the distant two thousand six. Eight uninterrupted years in the same neighborhood, after having spent four in just two years. Is there a reason for the series?
Because Gracia which is located, above the Diagonal, is my favorite neighborhood, the one that still makes me feel like a provincial girl in a big city.
Because in fact it is a small village within a metropolis and the small village has kept a lot.
The squares always crowded with people, the nearby houses (so much so that sometimes you can hear your neighbor snoring), the bars like those of the past (or almost), few tourists and in any case many beautiful things to see. 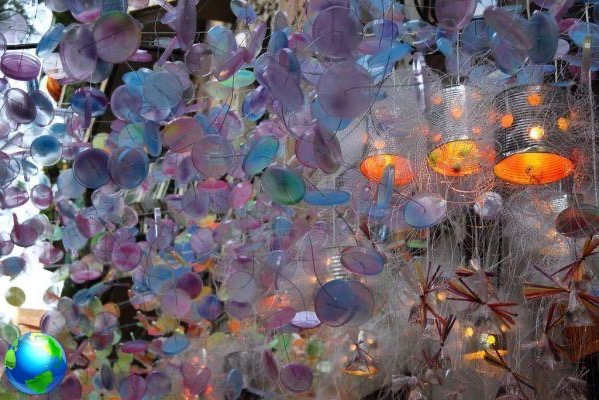 In a couple of weeks, Gracia will see the start of the festival that celebrates its spirit and which in any case has become one of the most important in the city.
Let's talk about "The fiesta Mayor de Gracia”, Which begins on 14 and ends on 21 August and that will fill the normally quiet barrio with colors, music and people. Many, many, many people.

But let's move on to the official description of the event.
The party has its own origins in the XNUMXth century, but over the years it has acquired more and more importance and fame.
The focal point of the festival is the decoration of the most representative streets of the district with lots of participation in the competition. The roads that generally have the more spectacular decorations I'm: Calle Verdi (often the winner), Calle La Perla, Calle Llibertat, Calle Mozart, Calle Providencia. Generally the decorations are prepared according to a theme defined by the organizing committee of the party and are made with recycled material. In addition to the streets, there is also the decoration of the balconies, which you can admire for example in the Calle Martinez de la Rosa or in Calle Francisco Giner (on the official web page, you will find maps with indications of the general itineraries to follow). 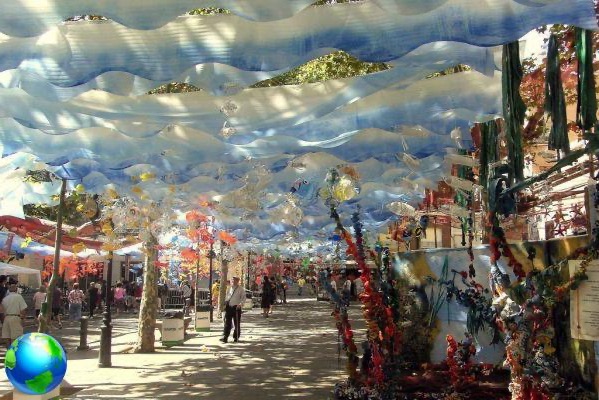 Many of the roads also are equipped with stage and they offer different styles of music: electronic, salsa and popular music. In all squares (Plaza de la Vila, Plaza del Sol, etc.) concerts and daytime and nighttime activities are planned. The program is in fact very rich and includes the classics "castellers”, In other words real and very spectacular human towers (traditional of Catalunya) for dance and theater performances, activities for children, street artists and fireworks. Of course, everything is outdoors and everything is free!
I bars stay open late and there are also stalls that sell draft beer and other types of alcohol on the street, even if, given the kilometric queues, the tendza is the typically Spanish one of making botellón: that is, bringing with you liters of alcohol in bottles of innocent soft drinks and getting drunk with friends and two thousand other people.

You will have understood, in fact, that no matter how folkloric and interesting Ana Paulae is, the huge number of people will almost always prevent you from appreciating the beauty of the streets, concerts, etc. etc. unless you have ingested liters of alcohol. Keep in mind that we inhabitants of the district generally take holidays during that week or ask forgiveness from some willing friend just to sleep away from our homes. 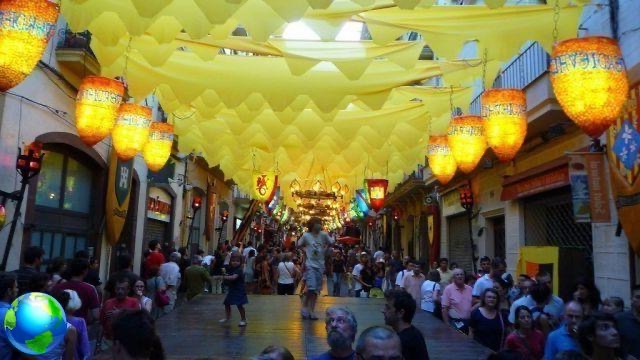 Because during the holidays, in my beautiful neighborhood: you don't sleep at night (drunk, party people, children who wake up from too much noise), you don't sleep during the day (there are bells, drums, garbage trucks), you can't leave the house unless you decide to get carried away by the crowd. If you have a motorcycle, you will not be able to use it for a week. The same, if you have a car, a scooter, a bicycle.
You will hear declarations of love and hate (even if you live on the fifth floor) and the house of that acquaintance of yours who lives at the Hospitalet and where you never wanted to set foot will seem beautiful to you.
In short, if you are a tourist, come and take a tour. Las fiestas, are all that is expected from a city considered the emblem of the new nightlife.
But don't tell me I didn't warn you.
Small note, if you are in the city before August 14 (opening day), take a tour of the neighborhood anyway, it is perhaps much more beautiful see the committees, with their stalls in the middle of the street, preparing the decorations. 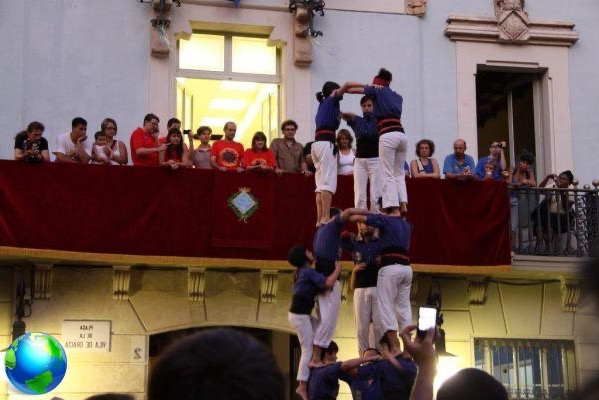 More information on Official site (only in Catalan).

Halloween in Barcelona, ​​the altars of the cultural association Mexico - Catalunya

Easter in Andalusia: useful tips for the Semana santa

Exhibition of Italian cinema in Barcelona

Park Guell for a fee (or not ?!) Defensem el Park Guell

add a comment from Festa Major de Gracia in Barcelona