Erasmus trip to Barcelona with Caterina 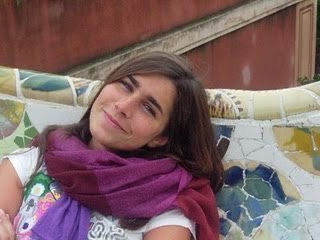 How long have you been?
I was 9 months, from September until the end of June

How did you go?
I went with the project Erasmus offered by my university in Forli.

How did you find a home?
I initially searched the internet on the site Loquo which is very useful and well updated, then I also looked at the announcements hanging on the bulletin board of my faculty in Barcelona. Both are valid for finding a home.

Where was your home?
In the space of 9 months I changed two houses: the first was located in a side street of the Avenue, so it was in a super centric position, well connected with every area of ​​Barcelona. The second house was located in a part of the city farther from the center, in the area of Glories, where one of the main streets of Barcelona passes, the Diagonal.

What did you study?
I was studying Hispanic and French philology at the Universitat of Barcelona. 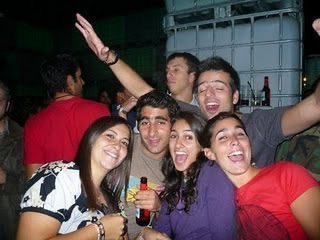 How are the exams?
The exams I took were partly in Spanish, others in Catalan (the official language of Cataluna) and only one in Italian. Normally a student is free to choose whether to take the exam in Catalan or Catalan. Unlike what many people say, the Eramsus are not always facilitated in exams abroad; my evaluation was the same as that of any other student, regardless of the fact that I was a foreigner; but I think this fact depends from university to university.


The hardest thing abroad?
The hardest thing is to get used to it. I happened to feel very disoriented at the beginning, I was not ready for a city as big and chaotic as Barcelona. Just having to take the subway to get from one side to the other was a challenge. But over time it all worked out.

A city party you've been to to recommend?
The two parties that struck me most were that of Mercè and feria de Abril. The first is the feast of the city of Barcelona, ​​which lasts from Thursday to Sunday; there are parades all over the city and lots of masked people; on the street there are a lot of bands playing drums and various instruments. In addition, evening concerts are organized in Plaza Cataluna. On the last day of celebration in the Plaza d'Espana they make a fireworks display with background music. The second festival is the feria de Abril, which as the name suggests takes place at the end of April in the Forum area, and everything is set up according to the Spanish tradition. There are a lot of sheds where you can eat typical Spanish and listen to the Andalusian music characteristic of the south of the country. Almost all the people who participate wear the typical dress with frappe and flowers, the shawl on the shoulders and the castanets. In each shed you can hear the "Sevillana", a typical Andalusian dance. 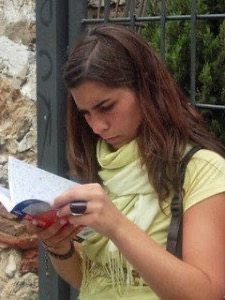 A typical dish to recommend?
It is not a real dish, but rather a snack. It is bread with tomato Pan amb Tomaquets. The bread is toasted and rubbed with tomato and oil; it can also be eaten accompanied by potato tortilla.

A place to recommend?
The place that struck me the most is called El bosc de les fades which is a pub, right next to the Rambla and the wax museum. It is a place with a fairytale setting, it seems to be inside a wood, with soft and dark lights. Another very touristic place is without doubt l'oveja negra, where you can taste the typical Spanish sangria, which is also found very close to the Rambla, and in the Marina area.

The cheapest thing abroad?
There is nothing cheap, but compared to Italy I was happy to buy clothing given the many chains such as Zara, Paul and Bear, Berschka etc. 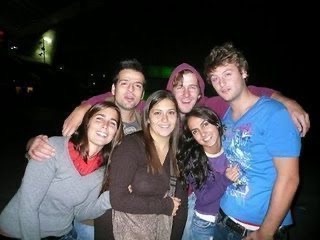 A bad thing about the experience?
A negative note of the experience is the question of university exams. I was unable to take many exams because my Italian faculty did not correspond in all respects to the Spanish one.

Would you recommend your experience to a friend, why?
Without a doubt I recommend the Erasmus experience. It trains you in many ways and teaches you to know how to behave in the different situations that arise. Enrich your cultural background and learn a new language; friendships grow.

add a comment of Erasmus trip to Barcelona with Caterina