Christmas in Rome, the traditions


Christmas in Rome, traditions during the holidays, from family lunches and dinners, to blessings and mass in the Vatican, culinary specialties and much, much more.

Rome, the Eternal City, or Roma the master of the world - as the Romans really call it - it has always been a destination for tourists and pilgrims at any time of the year. Rome is an extraordinary and fascinating city both in the vitality of spring and in the warm autumn colors and in the magical summer evenings. 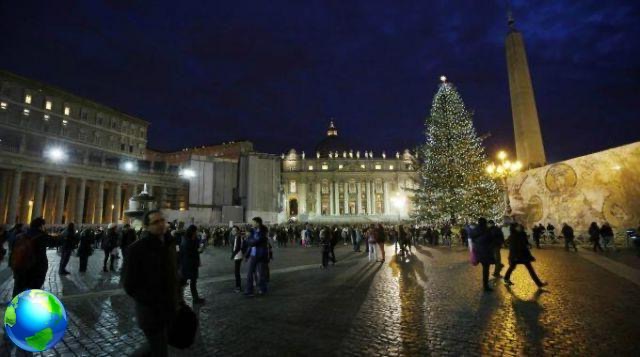 A Christmas however Rome really becomes a special city, charged with a particular energy, intimate and familiar. It is a strange phenomenon for a big city, but after so many years that I live there I begin to believe that what makes it special must be the strength of the Christian traditions that live in Rome stronger than ever in this period.


As a Roman as I am, I sometimes hate my city for its hellish traffic and the cost of rents… But as a traveler, Rome cannot help but fall in love with it every time I visit it with open and curious eyes. As any traveler should do. The traditions of Christmas in Rome are certainly linked toalternation between sacred and profane, which is the main feature of this city.

Christmas in Rome is above all family

The Romans, the few true Romans still left, love the tribe. At Christmas we are strictly together. To make a mess, of course. This is the founding element of the Christmas holidays, and the filter through which to experience a visit to this city during the holidays. Christmas is family. Christmas is friends. Christmas is a noisy, noisy party, a party that you cannot pass over in silence or alone. At Christmas no one is excluded.

Christmas at a Roman's home undoubtedly means play bingo, and even cards. The Romans are avid gamers between pandoro and panettone. Adults and children in this period fill their purses with coins which they will then aim at on the home green table on holidays. In addition to play, another essential component is food. The Romans "so 'magnoni", that is, they are really good forks, and the Roman Christmas table is a gastronomic triumph. 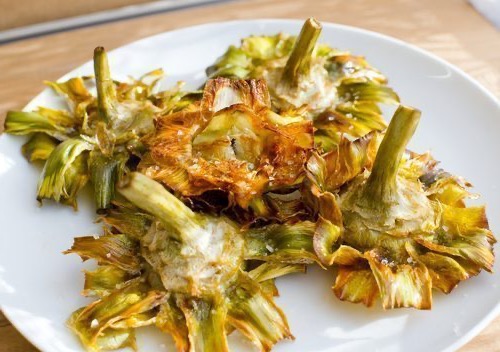 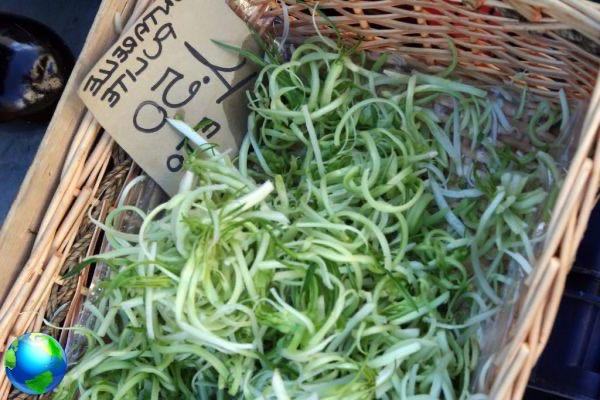 The Roman gastronomic traditions at Christmas

They have roots in the poor history of the populace of this city. Once, as we know, there were few richly laid tables. Most of the people, those who gave substance to the traditions handed down today, were poor. So the Christmas kitchen was certainly not gorgeous, and it isn't even now.


The Christmas celebrations begin on the evening of the eve. Here they can not miss the fried: artichokes, broccoli, cardoons, sliced ​​potatoes, cod fillets, and apples ... yes, apples too! Fried was an inexpensive dish, which could be prepared with any available ingredient and, not least, it filled a lot! Eve is thin, so no meat at the dinner. The fish that is traditionally brought to the table is obviously poor fish, often a fried fish, or anchovies. The first dish of the Romans on Christmas Eve is strictly pasta with tuna, with sauce or white, but the sauce is not prepared with fresh tuna…. you use the canned one that costs less.

The Christmas lunch (yes, after the dinner the Romans continue to the bitter end with the Christmas lunch) usually sees on the table chicken broth (with stracciatella, for purists), homemade lasagna or fettuccine, and often roast lamb with potatoes. The lamb is actually a typical Easter dish, but the Roman is greedy and never misses an opportunity to have a good meal. Puntarelle with lots of garlic never miss on the Christmas table of a Roman DOC. 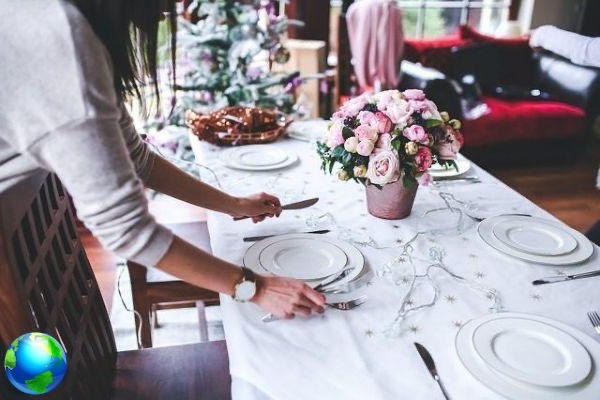 Certainly it is not easy to recognize genuinely Roman traditions on today's tables, partly because multiculturalism and globalization tend to standardize events, and partly because there are very few Romans left in Rome: most of the families of today originate from emigrants from other areas of Italy who arrived in Rome after the war, to rebuild a life after the devastation of the world conflict.


From the profane aspect we pass to the sacred one.

Le religious traditions some Romans at Christmas are not so different from those of other Italian cities, I think.

A very deep-rooted tradition is midnight mass. Virtually all the churches and parishes in the neighborhood open their doors to celebrate the birth of the Child Jesus. There are songs, ceremonies for placing the baby in the crib or even representations of real living nativity scenes. They are all very beautiful moments of meditation.

The most famous midnight mass in Rome, crowded but very suggestive, is the one held in Saint Peter Basilica. If you are lucky and manage to grab the tickets (free but to be reserved) you can ideally let yourself be embraced by the immense colonnade and crossing the square under a sky covered with stars enter the most important Basilica in Christianity to listen to the Holy Mass celebrated by the Pope ... a very very intense experience, both for believers and for the curious. 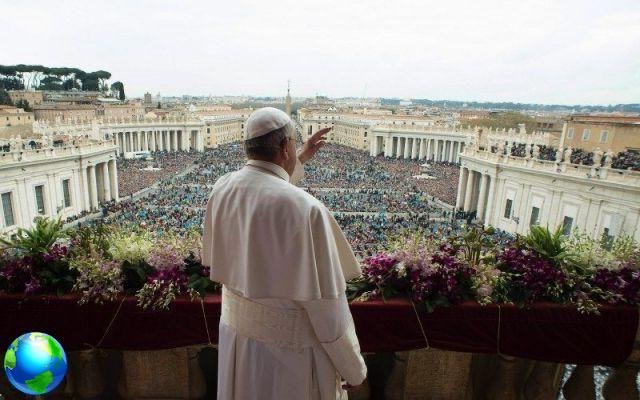 Also in St. Peter's Square, on the morning of December 25 the Pope gives his speech Urbi et Orbi message from the famous balcony, the Loggia delle Benedizioni. The square is obviously very crowded but it is a beautiful moment in which you can really breathe an air of peace and brotherhood. At least once in a lifetime it is an experience that should be tried.

In Rome you cannot fail to realize that it is Christmas because its symbols par excellence, tree and crib, are widely represented in every corner of the city.

If you are a fan of nativity scenes like me, or if you have children, you cannot miss the very famous one exhibition of the 100 Nativity scenes in Piazza del Popolo, at the Bramante halls.

For me it has been a tradition since I was a child to visit this incredible exhibition: you can find as many as 100 different traditional or modern nativity scenes, Italian or foreign, all by author, all extremely creative, different every year. If you think that the nativity scene is a cave remedied by the empty package of the pandoro Bauli with four mismatched figurines, you must absolutely go and admire these artistic masterpieces! Those are cribs !!!!

A St. Peter's Square stand out, since 8 December, a majestic tree complete with lights and a beautiful life size nativity scene. Adults and children, Romans and not, go to the square during all the holidays just to admire the charm of these two symbols of Christmas in the heart of this beautiful square. Really unmissable. 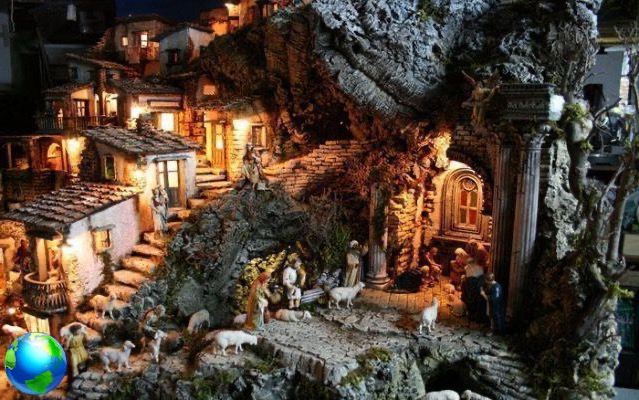 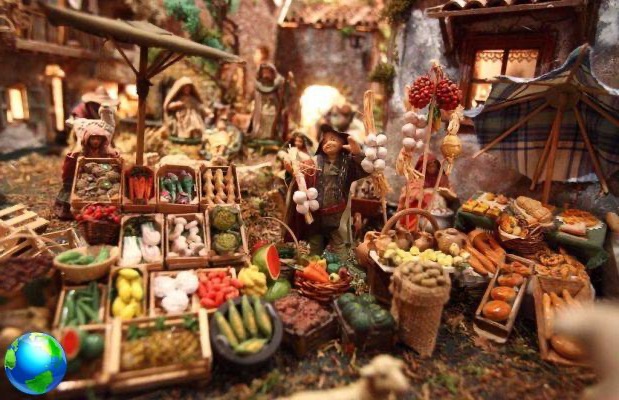 You can find other gigantic Christmas trees in Piazza Venezia, in front of the Colosseum and in Piazza di Spagna.

to Venice plaza it is wonderful to admire in the evening, with the altar of the Fatherland as a backdrop, all wonderfully and magically illuminated. The best view of the whole, for a nice photo, you can have it from the entrance of Via del Corso… it will leave you enchanted.

The other tree not to be missed in the evening when it is all lit up is the one that stands out in front of the Colosseum, the symbol of the millenary history of this incredible city. Really remarkable. The tree in Piazza di Spagna, also majestic, can be better admired during the inevitable Christmas shopping sessions between via Condotti and via Frattina (for those who can afford it) and via del Corso (for us, mere mortals).

All the main streets and shops in the center of Rome are an explosion of decorations and lights, and few will be able to resist the temptation of a bit of compulsive shopping. Staying around the center of ancient Rome you cannot miss the inevitable appointment with the most famous Christmas market in Rome, that of Piazza Navona. This wonderful square during the Christmas holidays is literally covered with street vendors and street artists, with particular attention to the little ones. Piazza Navona at Christmas is in fact the children's square, where they are the protagonists. Also right here we celebrate a sparkling January 6 with the real Befana, so the market is full of stalls with all kinds of sweets ... stuff never seen before, to feel bad if you are greedy!

Di Christmas markets there are many in Rome, from the largest to the smallest, as well as themed cultural exhibitions and initiatives. However, these events are decided and renewed from year to year, so it is impossible for me to make a list that is always valid. So if you come to Rome at Christmas you have two alternatives: consult sites like Roma Today and Oggi Roma or write me an e-mail for some advice from a Roman DOC, which I will gladly give you.

Audio Video Christmas in Rome, the traditions
Aperitif at the Osteria del Bugiardo in Verona ❯

add a comment from Christmas in Rome, the traditions