To get to Spiaggia delle Due Sorelle, on the Conero Riviera, you can currently only go by sea. How to do? Here are the Conero Ferries, their prices, where they start from and what we think of them who have tried it. A different excursion during a trip to the Conero Riviera.

Who has dreamed even once of a vacation on the Riviera del Conero, you must know that arriving by car or with your own means is fine, but then not all beaches can be reached in complete autonomy. 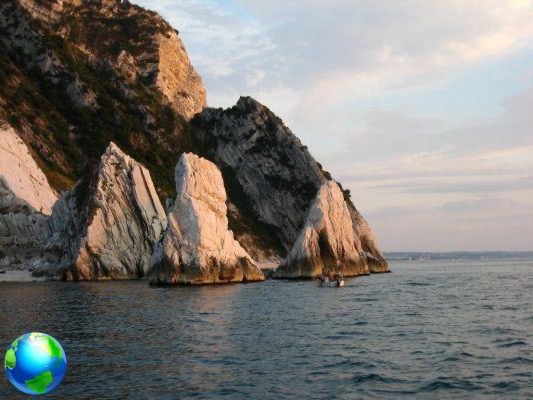 Until a few years ago, in fact, the Spiaggia delle Due Sorelle it could also be reached by a path, quite challenging to tell the truth, which in the last part also involved a small "via ferrata" before going down to the beach. For some time, due to a landslide in this part of Monte Conero, the Due Sorelle beach can only be reached by sea.

Unless you have a dinghy or a boat, what you can do is rely on Conero ferry operators as I did in my last trip on the Conero. The Conero Traghettatori are an association that organizes motorboat excursions every day, a tour along the coast to discover caves, places where nature is unspoiled up to the Due Sorelle beach. 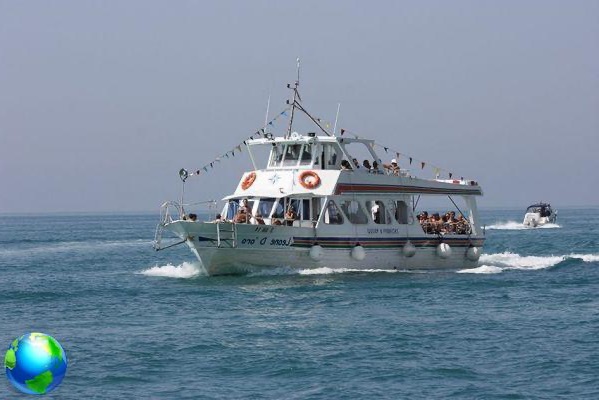 I tried this excursion recently and I have to say I loved it. The excursion is well organized even if there are many people who come to this island every day and if you are dreaming of a little peace and privacy, this is not the right island. The Two Sisters, the two rocks that come out of the water and are very similar, which is why they are called two sisters, are a scenario that is worth seeing on a trip to the Conero Riviera.

The boat trip to Spiaggia delle Due Sorelle can be done starting from Port of Numana, every day at 9.30, 10.30, 11.30, 14.30. The cost of the tour is 20€, children pay only 15 €. It usually takes about twenty minutes to get directly to the beach, after which you stay at the Due Sorelle for a couple of hours - don't worry the young and courteous crew will remind you many times before getting off the boat. boarding time for the return. 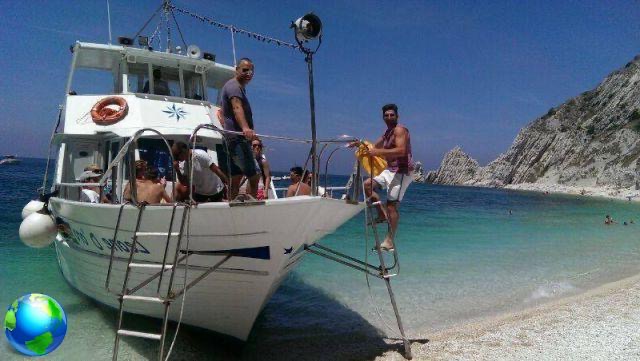 Al return the boat will be announced over and over again and during the twenty minutes on the return journey you will be asked for the ticket you have done before boarding the outward journey. The return is always at the port of Numana, about twenty minutes after being salted from Spiaggia delle Due Sorelle.


The excursions have indicative times, there is one facebook page it is true, but to be sure it is good to call the number 071.9331795. In general, however, the excursions are marked and daily:

Tips for the Due Sorelle Beach

Before letting you organize your trip to Spiaggia delle Due Sorelle, I want to give you some advice that will perhaps help you during these two hours of relaxation. 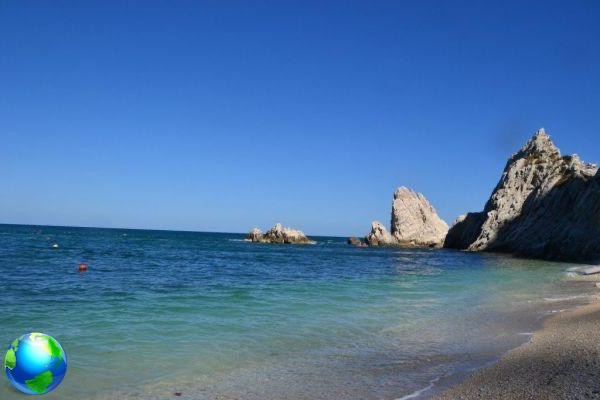 There is nothing on the beach. There are no bars, toilets, umbrellas or shade. If you have small children, but even if you don't, don't forget to bring lots of water, a cooler bag and for those who have it with them on holiday also an umbrella to shelter from the sun's rays. Personally, I went on a trip in the early afternoon and took the last ride back. Around 16.30 pm the beach was already getting totally in the shade, but for the previous two hours it was sunny and there was no shelter.
Bring lots of sunscreen and if you want to take a bath - in my opinion it is an irresistible attraction - do not forget that there may be jellyfish and that the shoes to avoid getting hurt with stones in the sea are recommended.

The memory you will have of this day will certainly be magical. Only a pity it is no longer possible to go there in complete autonomy without your own boat and having to depend on a trip that lasts a couple of hours, this is my only regret.