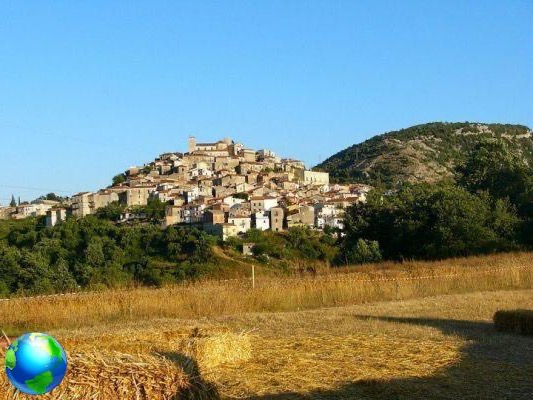 Il Cilento offers a series of possibilities for a journey, from the sea to hilly landscapes, from small villages to natural oases, with - always in common - food and wine excellence. Among the most characteristic villages of the Cilento hinterland, perched on a hill, Caselle in Pittari, just over two thousand inhabitants, offers extraordinary hospitality.

Slow pace of life, excellent food and wine offer and healthy air have made this one of the most popular towns in Cilento.

Il village of Caselle, on Mount Pittari, is a village of "huts" (or also called Caselle), and preserves the spontaneous urban planning born in many small Cilentan centers when the peasant communities from the Bussento Valley moved - during the invasion of the Alto Middle Ages - in the highest and safest places.

One of the itineraries to "explore" the territory is the Path of San Michele, which leads from the central square to Mount Pittari in about forty minutes, thus reaching a panoramic point over the entire valley. Along the way there are two caves, which host the santuario dedicated to San Michele Arcangelo, hence the name of the path.

Among the neighboring villages, Morigerati, a town of less than a thousand inhabitants, is known for the WWF oasis where the source of the Bussento river is found, right in the caves of the oasis, an area of ​​rare tranquility and naturalistic beauty.

Among other things, Morigerati himself, who became "Country Environment"And also close to the idea of Widespread hotel, tries to recover abandoned structures within his small village, thus welcoming visitors as if they were “at home”. Furthermore, the presence of many young people with the desire to give something for their territory is important and relevant, such as the Cooperative Terra di Resilienza which organizes, for example, weekends during which, in addition to relaxation, the vegetable garden is taken care of and you eat exclusively organic and "Resilient".

add a comment from Caselle in Pittari and Morigerati, Cilento