Brescia, a pearl of art and culture


La Leonessa d'Italia is a city full of surprises, with numerous unmissable stops, including churches and squares, art and culture, here is a suggestive itinerary for the city of Brescia.

I present to you my city, universally known as the "Lioness of Italy".
Giosuè Carducci, in May 1877, referring to Brescia wrote: Brescia the strong, Brescia the iron, Brescia the lioness of Italy, but it was Aleardo Aleardi who for the first time coined this name for Brescia, inspired by the courage with which the city fought during the uprising of the Ten Days, from 23 March to April 1, 1849.
However, many people get confused with the city's coat of arms which instead depicts a rampant lion, not a lioness. 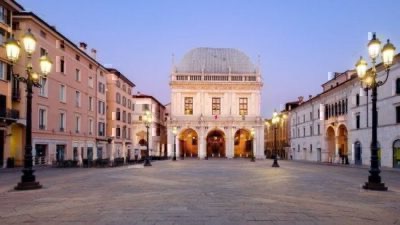 Brescia is a destination that can offer tourists an engaging itinerary, rich in history, art and culture, to which I recommend you dedicate at least 3 days to be able to begin to savor its essence.

1. The Piazza del Foro: the heart of ancient Brixia which houses the monumental remains of the Capitolium, the best preserved Roman temple in the Po valley, and the Roman theater. There are also the remains of the basilica and the ancient portico of the square.

2. Piazza Paolo VI: dating back to the medieval period, here stands the old cathedral or rotunda - a striking stone building - and the Palazzo del Broletto, for centuries the fulcrum of the administrative life of the city, dominated by the characteristic Torre del Pègol.
The imposing marble facade of the New Cathedral stands out in the square, surmounted by the third largest dome in Italy.

3. Piazza della Loggia: from the Renaissance to the present day it is the most famous square in the city and reflects a marked Venetian imprint. Reachable through the ancient "new road", where the gunsmiths forged the armor of Brescia known all over the world. It was built starting from 1426 at the behest of the authorities of the Serenissima. From the square you can reach the buildings: Palazzo Loggia, Monte Vecchio and Nuovo di Pietà with the first lapidary in Italy, the Clock Tower with automata, popularly called Macc de le Ure by Brescia. 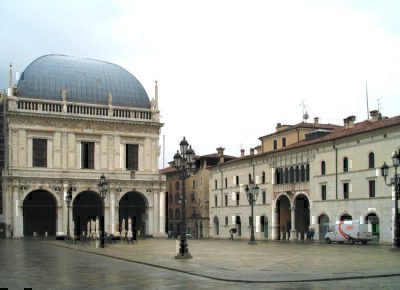 4. Victory Square: built in 1932, following the demolition of the ancient Pescherie district, on a project by the architect Marcello Piacentini, in full rationalist style.

The Castle known as the “Falcone d'Italia”, it dominates the city from the top of the Cidneo hill. In the castle there are impressive defensive structures. The Grande and the Piccolo Miglio, ancient granaries used by the castle garrison, the drawbridge, the Visconti pit and keep, the Mirabella tower and the structure of the Cidnea observatory, the city's astronomical observatory.


Il Museum of the Risorgimento and the Luigi Marzoli Arms Museum exhibit one of the richest European collections of ancient armor and weapons. Sided weapons, firearms and armor mostly made in Milan and Brescia from the XNUMXth-XNUMXth centuries.

Santa Giulia Museum of the city and Unesco World Heritage Site: Santa Giulia, City Museum, is located in the ancient Benedictine female monastery of San Salvatore and Santa Giulia, of Lombard foundation, suppressed in the Napoleonic era, in 1798. 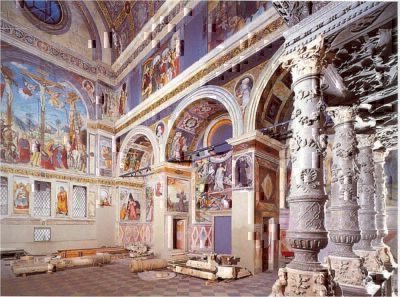 The monastic complex is part of the serial site The Lombards in Italy. Since 25 June 2011 the site has been inscribed on the prestigious Unesco World Heritage List. The very long and impressive history of the monastery can be savored through the museum which starts from the archaeological section dedicated to prehistory and the Celtic period.

Then the Roman section, with the statue of the winged Victory, symbol of the city, and the Domus dell'Ortaglia, with precious mosaics and frescoes.

Basilica of San Salvatore, King Desiderio founded it in 753. It is one of the most important churches of the Lombard period. In the crypt the relics of Santa Giulia were venerated. From the Nuns' Choir, frescoed by Renaissance artists, you can enjoy a fascinating view of the basilica.
In the Romanesque chapel of Santa Maria in Solario, the splendid jeweled cross linked to the name of Desiderio is kept.

The churches of Brescia

Duomo Vecchio or rotunda, a mighty building built towards the end of the XNUMXth century, with a characteristic circular shape it houses the chapel of the Holy Crosses.


Church of San Francesco: it is said that in 1220 St. Francis, returning from a trip to Syria, would have stayed in Brescia for a few days, leaving a small community of friars minor. These, in 1254, would have built the suggestive church. The exterior clearly shows the stratifications that over the centuries have led to the overall harmony of the building, starting with the sober gabled façade, a precious example of Romanesque-Gothic style. 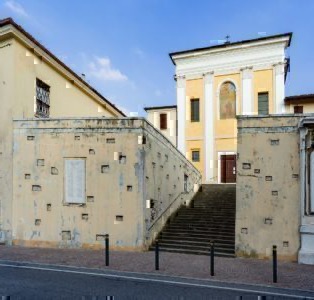 Santa Maria del Carmine: this imposing building, built between the late Gothic and Renaissance periods, houses important frescoes by Foppa and a splendid fifteenth-century wooden Compianto, and an ancient organ of the Antegnati.

St. George: an ancient jewel, which stands in a suggestive square in the Carmine district, with an eighteenth-century staircase. Inside, however, the crypt used for the burial of the poor remains of those sentenced to death, executed in the nearby Piazza della Loggia, is visible.

San Faustino in Riposo, during the transfer of the remains of the Patron Saints Faustino and Giovita, from the place of martyrdom to the new basilica erected in their honor, it is said that the remains began to exude blood in this very place. The name of the church alludes to the stop which the procession was forced to attend to the miraculous event.

St. John the Evangelist it contains the precious Chapel of the Blessed Sacrament decorated by the two most important Brescian painters of the sixteenth century: Romanino and Moretto. The Church is very old and preserves other priceless works of art.

San Cristo is called the "Sistine Chapel of Brescia”For the incredible frescoes that decorate the interior, the work of Fra Benedetto Marone. Next to the church there are two exquisite cloisters from the Renaissance period.

San Clemente it stands in a quiet square where the painter Moretto lived and worked centuries ago, who dedicated himself to decorating the interior of the building, where he was later buried.

Santa Maria dei Miracoli, entered in the history of art books thanks to its splendid facade, in Lombard Renaissance style. The ancient village of San Nazaro owes its devotion to an image considered miraculous of the Blessed Virgin. For this image, in 1487, the city authorities erected a small chapel which was then transformed into a new church with a splendid façade in white marble from Botticino. The precious facade, which survived the bombing of the Second World War, is today a splendid example of Renaissance sculpture. 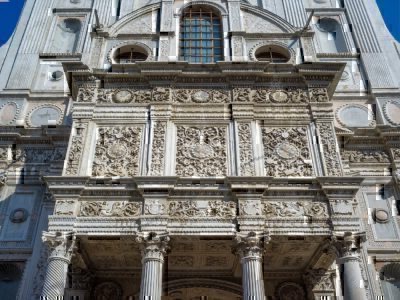 New Cathedral: begun in 1604 and finished more than two centuries later, it stands on the site of the pre-existing Basilica of San Pietro de Dom. It is the largest church in the city with a facade in white marble by Botticino.

Saints Nazaro and Celso: famous for its rich heritage of works of art, including the famous masterpiece by Titian: the Averoldi Polyptych of 1522 and the beautiful Coronation of the Virgin by Moretto.

Audio Video Brescia, a pearl of art and culture
Joe to go, when low-cost means solidarity in Cambodia ❯

add a comment of Brescia, a pearl of art and culture