Bike travel experience in Germany, in Hesse, starting from Frankfurt for a cheap and relaxing tour: fairytale landscapes, walks along the river, authentic and direct contact with nature.

I flights to Germany from Italy are really affordable. So here is a starting point for an ecological and slow-paced travel, in bike, among the unknown towns ofHesse, In the surroundings of Frankfurt.

It is an experience that I have personally had and that has left me pleasant in the soul. In those highly productive and frenetic regions, the heart of the industrial revolution that has stuck to them like a second skin, it is possible to find a slow size, bike paths integrated with nature and small villages with half-timbered houses in Franconian style handed over to our time. 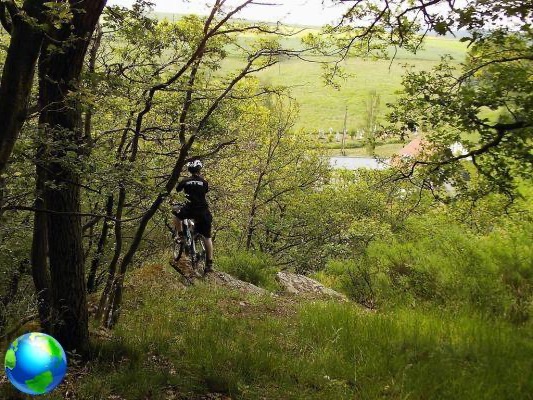 So off to the path, setting the base of departure to Frankfurt, capital of Hesse. A city well connected by public transport both to the smaller villages to the north and to those located east along the River Main.

Cycling around the suburban area of ​​Frankfurt is something unexpected and pleasantly surprising: the south-eastern suburbs touch the countries of Offenbach, Mülheim, Hanau, Enkheim, Friedberg, terminus (or almost) stations of the SBahn (the urban railway line that runs on the surface). All of these countries are equally interesting as they will allow you to get a peek into the local lifestyles. You will explore work, kindergarten, recreational spaces, pedestrian zones and cycle paths. You can also closely observe what has remained intact from the People's Germany, handed down over the decades. 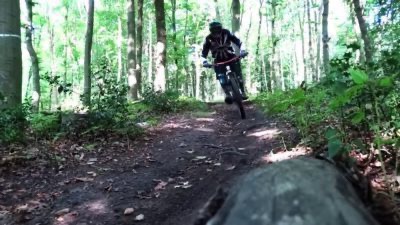 Choose freely which ones to start your trip from. I - for the more organized minds able to visualize themselves a mind map - propose a view from south east to north of the outer crown of theFrankfurt area.

2. Offenbach and Mülheim am Mein

Let's take the train, equipped with bikes. You can rent bicycles in town or borrow them from your airbnb host like I did. We get to quickly Offenbach and Mülheim am Mein, small residential centers along the great river. Everyone is well organized with cycle paths. The most enchanting ones develop parallel to the Main, sometimes unpaved and perfectly maintained. See the sunset from what the British would call riverside it is something very fascinating and relaxing. The restful green of the meadows and woods contrasts with the energizing orange of the sky at sunset and the scents of the flowers seem more intense at that time. 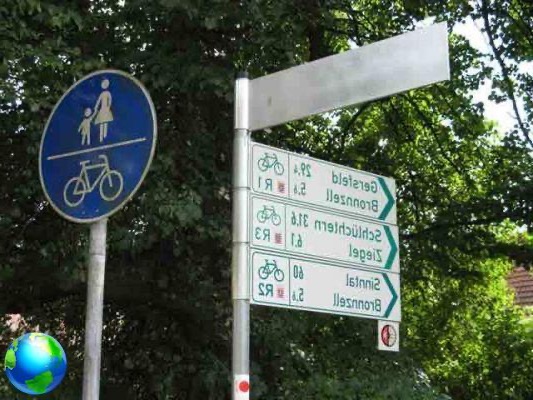 Routes suitable for the whole family

Don't be intimidated by it heat of August: the routes are all flat, therefore very easy and also suitable for children. Often these paths flank the main connection routes offering, from time to time, alternative ideas to the predefined route. As is the case, for example, of the ring road that connects Mülheim in Hanau. A sign and a narrow road through the woods invite you to detour, and you reach a hidden pond where you can rest, sunbathe, drink lemonade or a beer at the only restaurant on its banks, which takes its name and quiet spirit: Zum Grüner See Eck.

The wooden platform that extends directly onto the pond is cool among the branches and allows you to take pictures immersed in a corner of tranquility that seems eternal.

3. The town of Hanau

Resuming the road to Hanau (or arriving directly by train another day), you reach the river Main thanks to crossings studied in complete safety. We are at the level of the famous cycle paths of Holland. There are many opportunities to reach the other side: pedestrian bridges, cycle bridges and even barges that carry both cars and bicycles, shuttling continuously throughout the day. It is in front of Mülheim that the town of Hanau, well known for the castle overlooking the Main and its beautiful park open to the public.

Germans know how to balance and separate the time devoted to work from that dedicated to family and leisure very well. Here you will notice it instantly: this park fills with families and young people from mid-afternoon to dinner time. The outdoor activities they start as soon as you leave work and no one allows the second to invade the confines of the private sector. This strength is also found in the cycle paths that here resume developing in direction of Enkheim. These are very popular routes, as well as interspersed with parks, sports centers, public wellness areas all perfectly managed, welcoming, clean and - above all - far from traffic.

When tired, simply take the first train back to the city and enjoy the evening in one of Frankfurt's squares.

Between a village and the other I will mention one as obligatory stop: Maintal. Here it is possible to visit a cellar of production of the famous Apfelwein apple wine typical product of this area of ​​Germany (be careful not to confuse it with cider!). You can also shop for food and drinks all closely related to apple and its many uses in the kitchen. Here are the contacts: Kelterei Stier.

Remember that if you return the glass of bottles, once the drink has been consumed, a few euros of deposit will be returned to you held by the seller for the disposal of the glass itself if it is thrown in the waste! 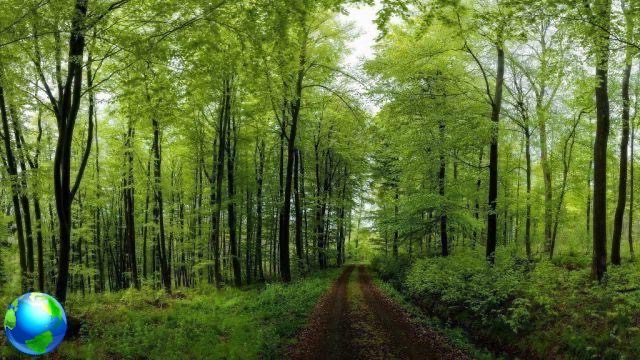 A holiday away from the chaos

It is difficult to believe it is possible, but it is certain that a nice holiday will come out in the midst of nature and the culture of a people that we often keep at a distance. The city of the tertiary sector par excellence, the one that depopulates on weekends due to the return of workers to their families and that in July and August is reduced in size. I assure you that this can represent an interesting alternative destination.
It was mine opportunity of a summer and I made it fruitful between visits to the center and bike rides between parks, along the river and lots of nature.

If returning to city life in the evening stuns you, choose a peripheral location, or be itinerant with backpack on your shoulder and little more. It will be truly relaxing and enriching for the body and mind.

add a comment of Bike tour in Germany, itinerary from Frankfurt