A trip to the Zegna Oasis between nature, sport and contemporary art 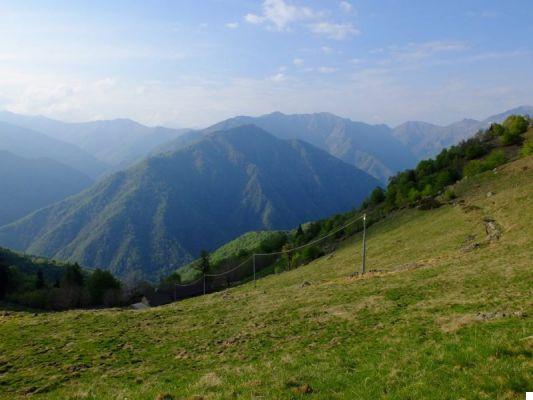 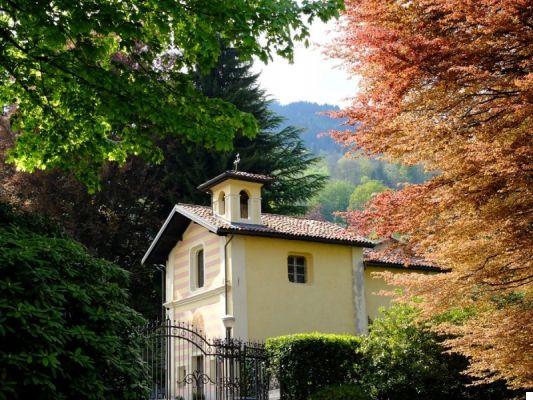 Among the main objectives of the Oasi Zegna there are certainly environmental education (especially of young people but not only), the enhancement of the territory and the conservation of mountain fauna and flora, and it is precisely for this reason that in 2014, the only case in Italy, the Oasi Zegna received the patronage of the FAI (Fondo Ambiente Italiano).

In the 30s Zegna planted over 500.000 conifers and thousands of rhododendrons and hydrangeas which today have grown to form woods and magnificent gardens on the slopes of the mountains around Trivero. If you are a nature and sports lover like me, Oasi Zegna is a perfect place! Here it is possible to experience the mountain in all its aspects, there are many hiking trails of all difficulties, it is possible to practice Nordic walking and running in the mountains (in June there is the 60 km Trail of the Oasis!), there are mountain bike trails, climbing walls, not to mention paragliding. But the activities that most impressed me are certainly the "Forest Bathing" and the "Bosco del Sorriso". Do you know what they are? I didn't know it, but now I'll enlighten you!

Il Forest Bathing is a practice born in Japan where it plays an important role in preventive medicine. The principle is based on the fact that walking in a forest, if it has specific biological characteristics (= plants), reduces stress and depression, lowers blood pressure and strengthens the immune system. A specific study on the vegetation of the area has shown that the beech wood of the Oasis has a high ability to release volatile substances from the foliage (monoterpenes) effective in stimulating the immune defenses. Freely following one of the 3 Forest Bathing paths of the Oasi Zegna in at least 4h (with stops at some specific points) and for 3 consecutive days it seems that you get the maximum benefits. Everything must be done between June and September when the foliation of the beech trees is at its maximum. The Wood of Smiles instead it is based on the principles of Bioenergetics: each plant has different energy characteristics and some species of trees can bring benefits to humans. The Bosco del Sorriso has been studied and monitored with the Bioenergetic Landscape method; along the way, the places where to stop to obtain the benefits and the organs on which this electromagnetic energy can influence are indicated.


Zegna was deeply convinced (and he is not completely wrong in my humble opinion) that nature, if listened to, can transmit a great vital force to us and has transported this feeling of his to the Zegna Oasis.

Another unmissable place in the Oasis is the Basin of Rhododendrons. It is a small valley designed by the great landscape architect Pietro Porcinai (with whom Zegna has collaborated all his life) with paths that cross hundreds of rhododendrons of different colors. In the peak of flowering (between late May and early June) the basin transforms into an incredible palette of colors. You still have a couple of weeks to not miss this show! 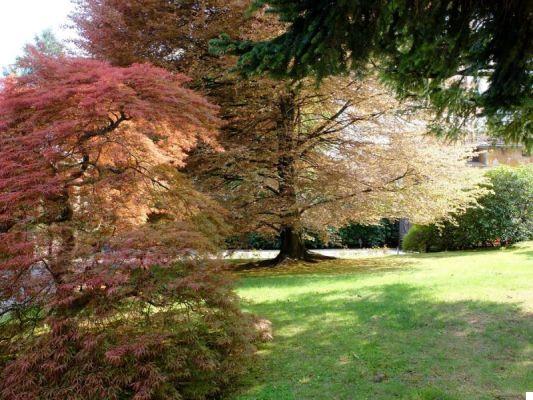 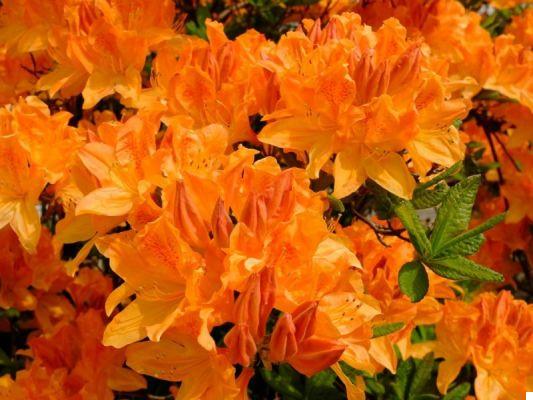 The 2008 was born on "Outdoors" project curated by Andrea Zegna and Barbara Casavecchia, not to forget the spirit of Ermenegildo who considered art as something strictly interconnected with other aspects dear to him such as entrepreneurship, ethics and the environment.

The “All'Aperto” project was created with the aim of making access to contemporary art and its values ​​more accessible, especially for new generations. Since 2008, permanent works have been commissioned to international artists that address the community of Trivero and are closely linked to the territory. All the works are open-air and freely accessible to all. At the moment the works on display are 7 and they are by Daniel Buren, Roman Signer, Dan Graham, Alberto Garutti, Marcello Maloberti, Stefano Arienti, and Liliana Moro.

Personally, I particularly appreciated the work of Buren and that of Garutti. Buren specializes in "in-situ" works (works tailored to a specific place) and has customized the perimeter of the terraces of the historic Lanificio Zegna in his own way with 135 colored flags in shades of green and blue that create a single visual effect. The impact for the observer is really very beautiful.


Garutti, on the other hand, did a great job of involving the young people of the Trivero school to create his work entitled "Dedicated to the people who sit here will talk about it". He built a series of concrete benches (scattered throughout the municipality) depicting the village's dogs: a large public work in which citizens are the protagonists.

But the Zegna family's commitment to art does not end here. Next to the wool mill is Casa Zegna, the ancient home of Ermenegildo now transformed into a historical archive, museum and cultural center where temporary exhibitions are held.

Until 10 July 2016 Zegna House hosts the exhibition "Pietro Porcinai in Trivero: Gardens and landscape between public and private" which explores the relationship between the great Italian landscape architect and the territory of Trivero. Pietro Porcinai received the first orders directly from Ermenegildo Zegna around 1950, and then collaborated for more than twenty years also with his sons Angelo and Aldo. In the exhibition it is possible to see the sketches and models of his projects accompanied by the beautiful photos of the time. 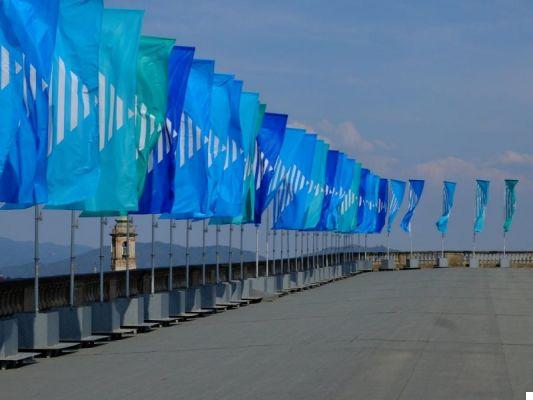 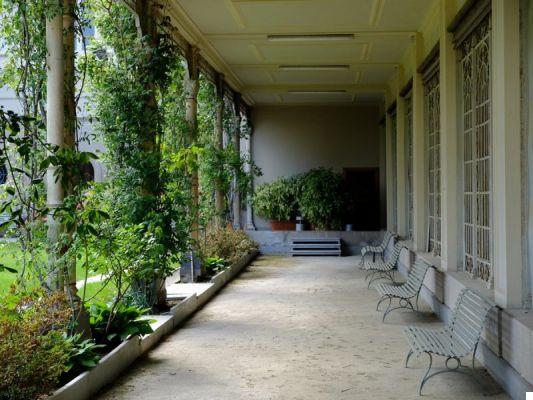 Inside the Oasi Zegna there are 19 farmhouses, landlords, restaurants, refuges and inns where it is possible to stay overnight and eat.

We had lunch atFarmhouse “Oro di Berta”, In a typical mountain building renovated with great taste by the owners. Here there are 4 rooms and a restaurant with excellent cuisine at zero km. Everything is prepared respecting the seasonality of the products and mainly using organic products. It can also be used as a starting point for excursions on foot inside the Oasis or by mountain bike.

In conclusion, I was really impressed by the Zegna Oasis, by its landscapes and by the incredible social and environmental offer. It is a place where you can do everything, everyone can find their own dimension; The Oasis is also very well organized, there are many information panels and good signage on the paths and routes. If you have time, don't forget to drive along the panoramic road that runs for 26 km from Trivero to Valle Cervo. This road was built by Ermenegildo from 1938 allowing access to the numerous paths that go into the woods and offers truly very beautiful panoramic views.

PS L'Oasi Zegna was selected among the 10 finalists of the competition “The most beautiful parks in Italy”. 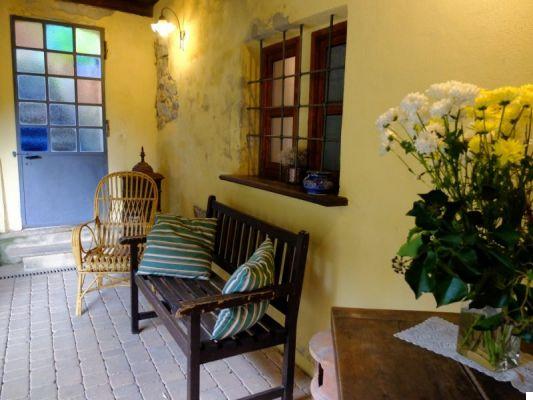 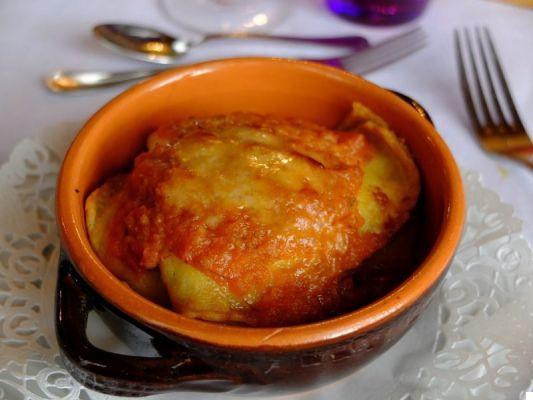 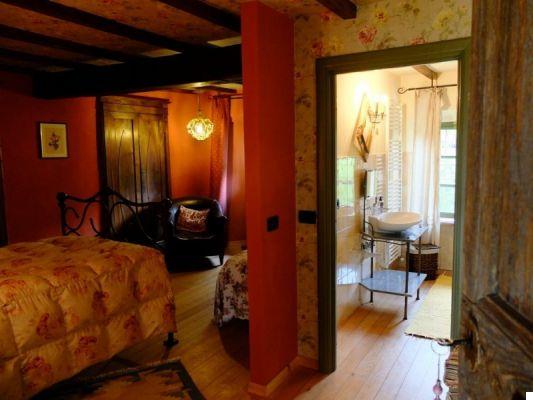 A trip out of Milan: 15 places not to be missed ❯

add a comment of A trip to the Zegna Oasis between nature, sport and contemporary art