Visit Burano: what to see in one of the most beautiful colored cities in Europe

What to see in Burano, the picturesque islet of the Venice lagoon famous for the colorful houses of the fishermen and for the craftsmanship of lace. Walk through the streets of the town with bridges and colored houses. Visit to the Church of San Martino and the Lace Museum. 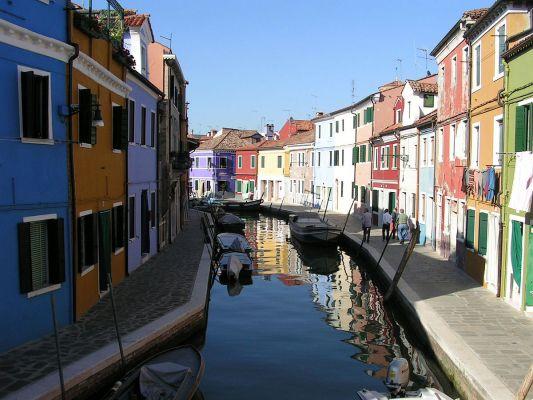 We are in the province of Venice, north of the lagoon. L'islet of Burano with its colorful houses and bridges that connect the small streets, it seems almost straight out of a fairy tale.

Let yourself be enchanted by one of the most colorful places in the world! Despite the large influx of tourists all year round, it remains an authentic place.

Burano is there quintessential day trip from Venice. It can be reached by embarking on one of the ferries departing from Fondamente Nove or from Santa Lucia Station which lead to the suggestive islets of the lagoon.

In addition to Burano, they are also part of the tour Murano e Torcello. The Venice-Burano distance is about forty minutes. 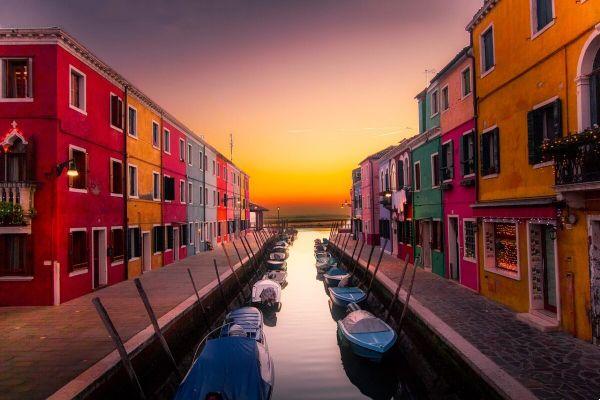 What to do in Burano

Made famous by colorful fishermen's houses, Burano is full of unique views to be discovered at a slow pace on a sunny day. In the typical shops you can buy the beautiful traditional lace.

Stop and eat at one of the restaurants in Burano, order a risotto al gò or a fry of fresh fish from the lagoon and finally taste the traditional biscuit, the bussolà of Burano also known as “buranello”.

A tip: while you get lost in the quiet streets of the island, look on the map Cao Foundation of Rio e Foundations of Terranova.

Here you will breathe the oldest and most authentic atmosphere of the Venice lagoon. The houses that are reflected on the water give life to a show of colors. Don't miss a selfie with the typical local fishing boats including gondolini and pupparini. 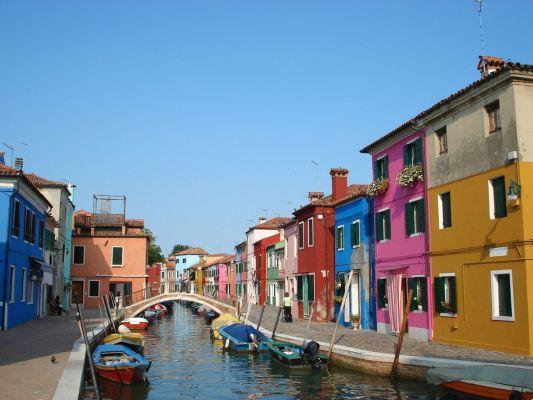 Burano places of interest and attractions

Burano was born as ancient fishing village and it is precisely to fishing that the tradition of painting the houses in multicolored colors is linked.

In fact, every fisherman chose a bright color for his home in order to distinguish it and recognize it even from a distance, when returning from the sea after a day of fishing.

The Three Bridges of Burano and Piazza Baldassarre Gualuppi

Cross the picturesque bridges which are an emblem of the place. Don't miss the Three Bridges of Burano, are made of wood and connect three of the five districts of the island. One of the most popular photo spots where the customary selfie cannot be missed.


Another famous bridge in Burano is the Love Viewing Bridge, which offers one of the most beautiful views of the island over the colorful houses and the bell tower of the Church of San Martino.

Nicknamed “il Buranello”, he was known as a composer of comic operas and religious music. The Church of San Martino and the Lace Museum also overlook the square. 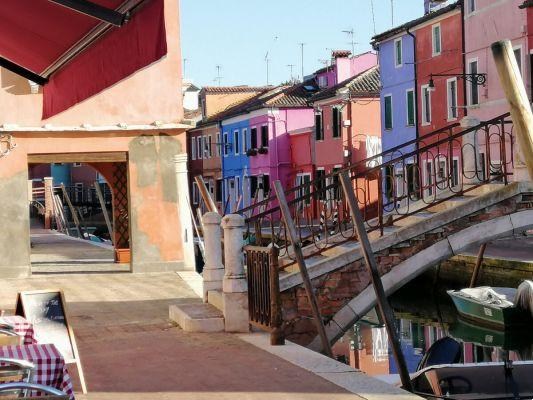 The Church of San Martino with the leaning bell tower

La Parish Church of San Martino, dating back to the sixteenth century, stands out for the presence of leaning bell tower due to land subsidence.

The bell tower has eighteenth-century origins and has a pyramidal spire. To fully observe its inclination, we recommend looking at it from the Terranova Bridge.


Go inside and visit the interiors of the church in a classical style: you will admire pillars with Corinthian capitals, ceilings with cross vaults and a Crucifixion by Gianbattista Tiepolo. The nearby one is also worth a visit Chapel of Santa Barbara, which preserves the relics of the saint. 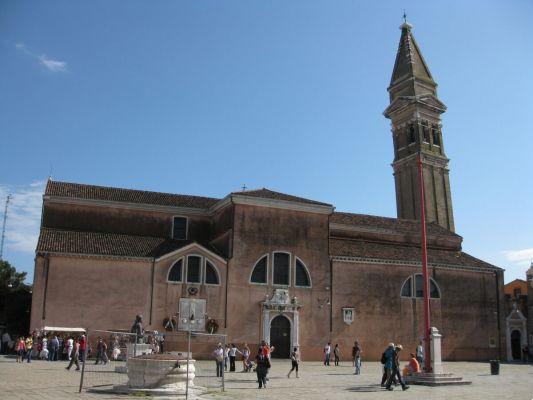 Il Museum of Merletto it is interesting to learn about all the traditions related to this ancient art handed down from mother to daughter. First you will attend a video projection that tells the story of lace and lace makers.

On the first floor is the exhibition hall where you can admire the beautiful laces and see the work of the local ladies as they make them live with their refined technique.

In its simplicity, you will find the museum interesting and instructive and you will know these important testimonies of the historical Venetian production.

Did you know that making lace is a painstaking job that can take several months? A tip: if you want to buy authentic handmade Burano lace in one of the shops on the island, always make sure to read the label. 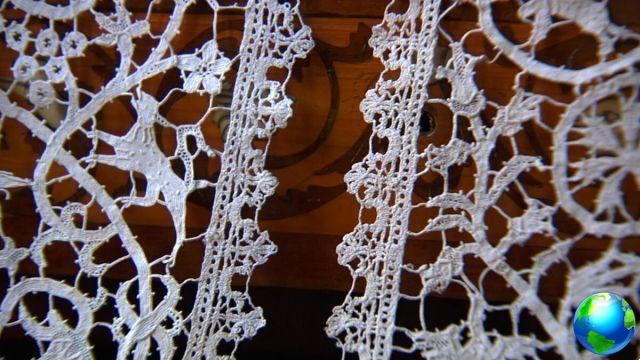 The House of Bepi

A stone's throw from the central square of Burano you cannot miss the House of Bepi Suà. It is an explosion of colors, perhaps the most colorful house ever. It appears in many postcards and is without a doubt the most famous house on the island.

It is said that since the 80s, Mr. Bepi used to organize cartoon screenings for the children of the village, in the small square in front of his house. He was also known as Bepi Suà Candy because he sold sweets in Piazza Gualuppi. 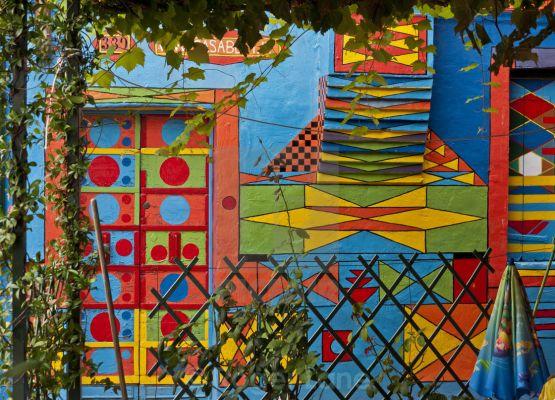 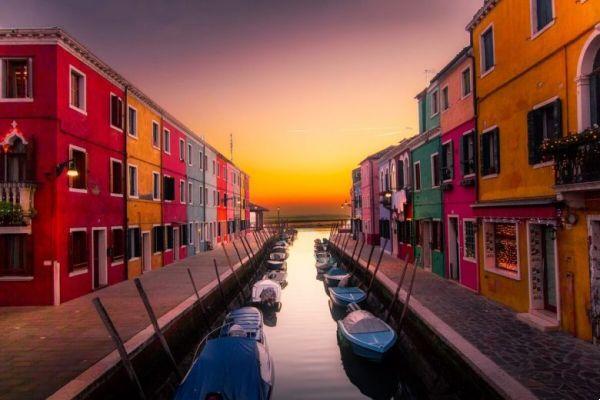 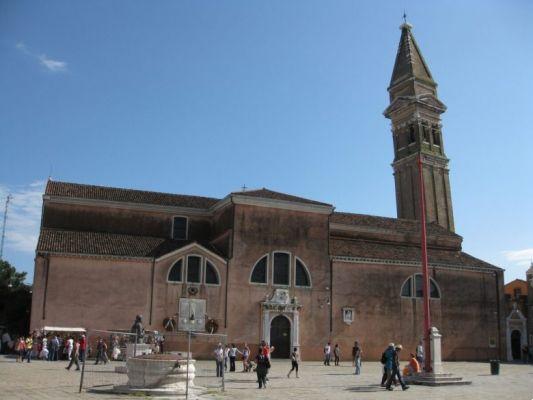 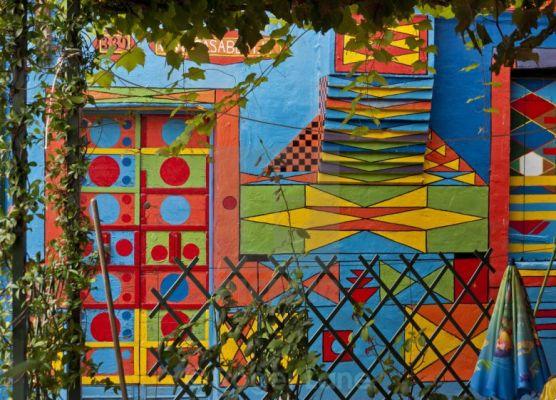 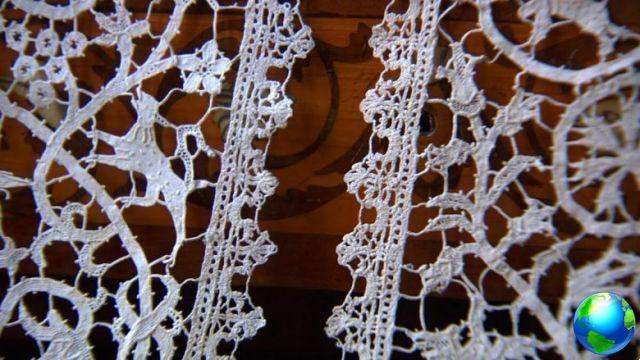 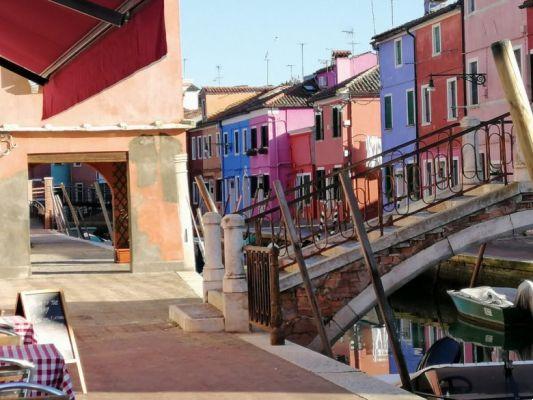 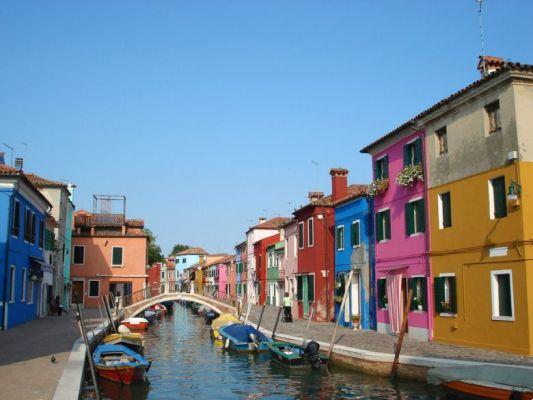 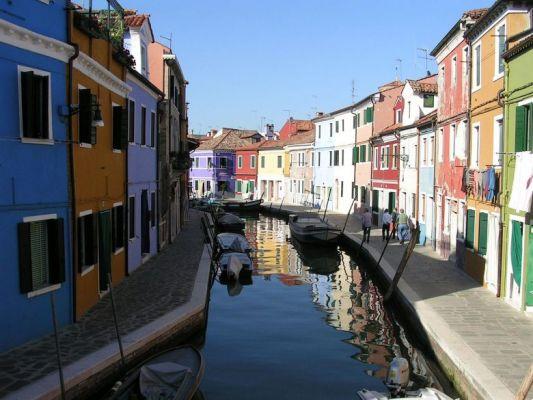 Visit Castel Sant'Angelo: what to see, timetables and prices ❯

add a comment of Visit Burano: what to see in one of the most beautiful colored cities in Europe