Travel to Scotland: tips on what to see and what to do

Here is a very special and very interesting travel diary that will lead you to discover the wonders of Scotland, a land of a thousand faces and a thousand mysteries to be experienced and discovered at least once in a lifetime. 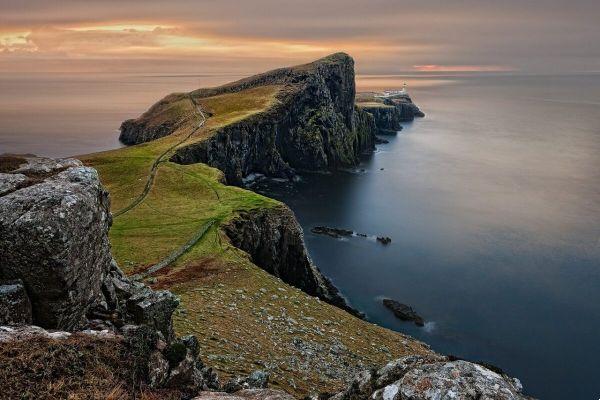 La Scotland it is a magical land that leaves strong emotions and this is a fact.

I visited this one Country mysterious and with a thousand faces far and wide starting from Edinburgh, my starting and ending stage of the journey.

Edinburgh is beautiful Capital of Scotland, was the epicenter of the Scottish Enlightenment during the 700s and for this reason the country became a European power from all points of view.

After this experience I literally fell in love with the Scotland, a country characterized by enchanting places, by a fauna and flora that leave you speechless, from castles that leave you breathless, from medieval history still hovers in the air of these foggy lands, from those immense towers that defy the wind and time, walls almost 2 meters thick, very cold, secret cellars, in which who knows such as torture, immense halls, with tables laden with meat and game, wine, fruit and a coming and going of servants around their lord who bobbed from room to room, choreographic courtyards in which the grass tried to grow, between horses that ran and personnel who carried out their activities within the walls of the castle, immense bastions erected to protect at times precarious the noble family who lived there. 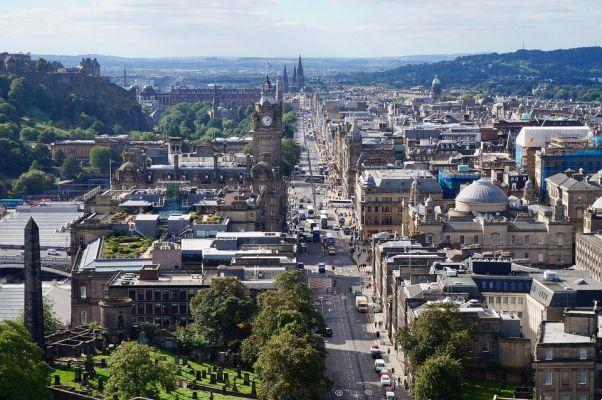 One thing that struck me is the perfect and harmonious coexistence between present and past, things that in our country would be unthinkable, bar e temporary exhibitions located inside old cemeteries.

I remember that in a small inland village there was a bar with tables and an umbrella placed next to a large ancient tombstone, inside a cemetery, where the pedestrian street passed between the graves, now covered with moss and you stay there. to testify to age.

Also interesting are the archaeological sites, let's define them where you can observe the megalithic stones of the Celtic era, I remember a place where a myriad of small, low stones were arranged in a circle, it looked like a cemetery of dwarf men, many stones placed on the ground with a thoughtful logical sense , perhaps an astral representation, a place of Celtic cult, large enough to perceive the emotional intensity emanating from the stones themselves.

endless campaign, breathtaking ponds, which inserted in a green context surrounded by the morning fog of the marshy places, and that peace, that silence, that takes and envelops you, leaves you wanting to stay there, build a shelter and spend the rest of the day there, or week, or the time you spend on your trip. 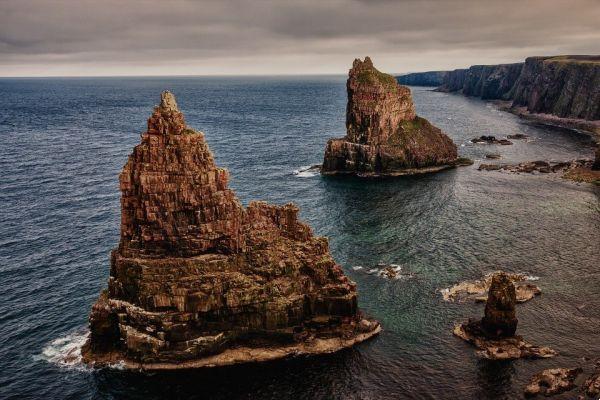 Il sea or rather the ocean, immense deserted beaches, too cold for the mass tourism, but if you have a little courage you can experience one of the most beautiful sensations of life, you arrive at theOcean.


Il North Sea does not always allow it, the cliff is for many stretches very high and it is difficult to go down the walls, you walk on fine and very clear sand, where the vegetation, thanks to the little tourism, grows very luxuriant and has conquered part of the sand plain, you undress, put away the your clothes in a place sufficiently protected from the waves, and you immerse yourself very calmly in the cold water of the ocean, calmly because it is quite cold, I believe it does not reach 10 degrees, an epic experience, already equaled to high altitudes in a lake of high altitude at over 3000 meters, but the ocean leaves you with sensations of immensity, not seeing the boundaries of the mainland, the edge of the pool, in which you are immersed, leaves you something strange about small being immersed in a mass immense liquid. 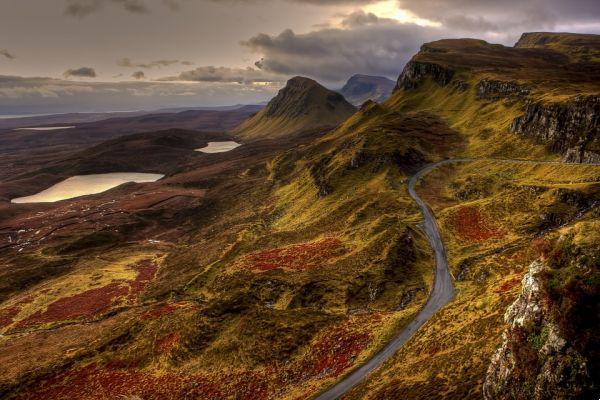 Scotland places of interest and attractions

Well, let's assume that for visit Scotland far and wide it would take forever because of places of interest ed naturalistic and landscape attractions there are so many that to experience them thoroughly could be almost impossible.

In a week, I tried to visit the visitable or rather, the attractions that I liked the most but in the end they turned out to be among the most important. 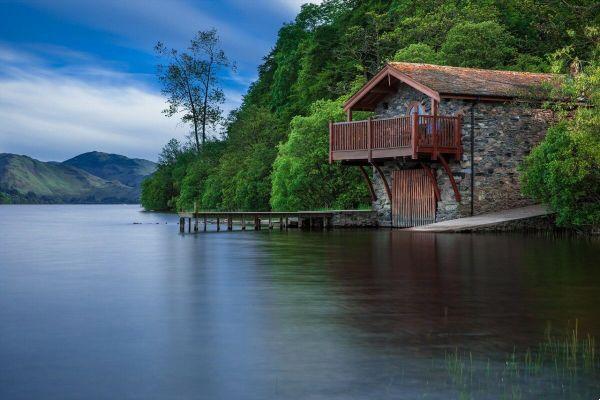 As I mentioned mine earlier trip to Scotland it started and ended in Edinburgh so the first stop of my tour could only start from its majestic and imposing Castle.


Il Edinburgh Castle is one of the undisputed symbols of Scotland, was erected on an extinct volcano and is the most important paid attraction in the country; I paid the price of the entrance ticket with great pleasure. 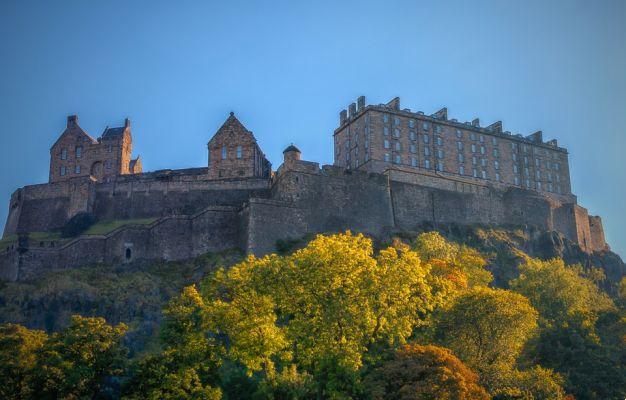 La Sant'Egidio Cathedral or St Giles' Cathedral it was the second stop on my tour, it is always located at Edinburgh and represents the main place of worship of the Church of Scotland.

This beautiful religious building was founded starting from 1124 and also its characteristic and very particular architecture literally fascinated me a lot. 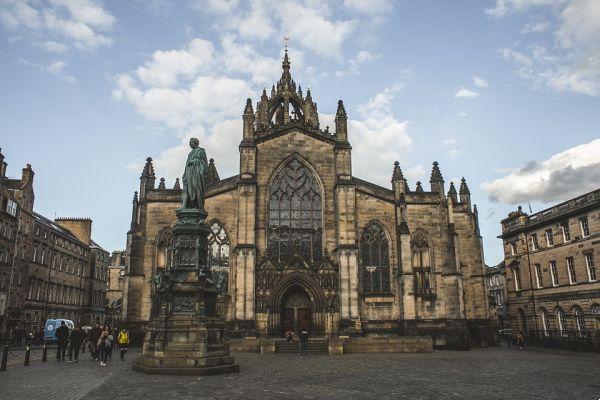 Il Stirling Castle (Stirling Castle) it was my third choice also because it is halfway between Edinburgh e Glasgow, more or less.

This extraordinary fortress I was struck by its incredible Renaissance beauty and still today it is one of the most beautiful, impressive and best preserved castles in the wholeWestern Europe and, of course, of the Scotland. 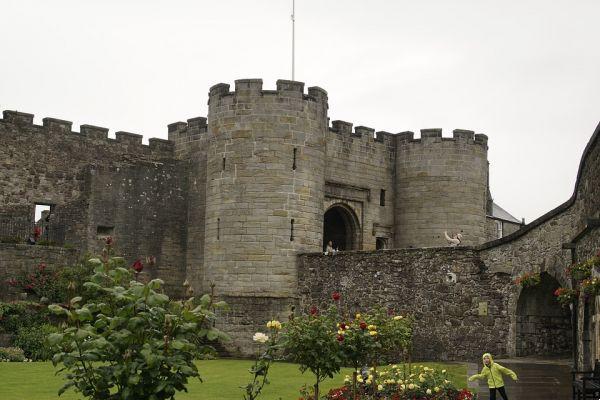 After visiting the beautiful Stirling Castle I could only leave for Glasgow, Largest city in Scotland (I traveled about 45 km).

Glasgow is a city of Victorian origins, the architectural style is unmistakable and is full of pub, bar, restaurants e shopping streets where I made numerous purchases; rightly the temptations were myriad. 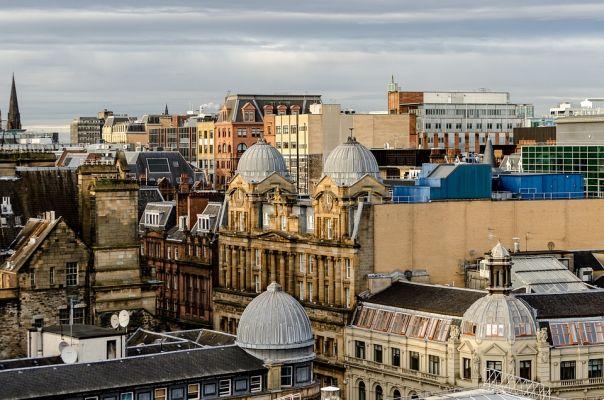 Da Glasgow I immediately left for Loch Ness, this narrow lake, very deep and about 37 km long which owes its boundless fame to the legend of Loch Ness Monster (Nessie) that we all know.

The journey was not the shortest as I had to travel around 180 km; ah I forgot to tell you that I rented a car to be independent of everything and everyone.

In the area of ​​the Loch Ness lake there are many vantage points to try to spot the infamous lizard of the abyss, the problem is that there are always hordes of tourists. 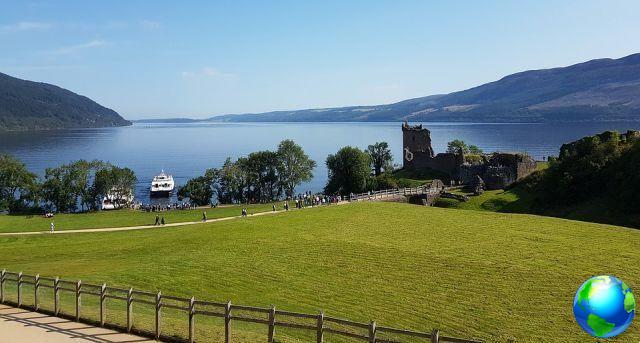 If I have to confess the sin, jargon speaking, my greatest desire was to be confronted with Alnwick Castle, Harry Potter Castle, and I went there knowing that I would have to cover 260 km, even exceeding Edinburgh where I should have returned the rented car.

We all know this amazing castle by the name of Hogwarts but the real name is Alnwick Castle and has an almost millennial history.

I honestly preferred the Harry Potter Castle to one of the many museums of Scotland which, in any case, are truly incredible and of course I will return to visit them all or almost all. 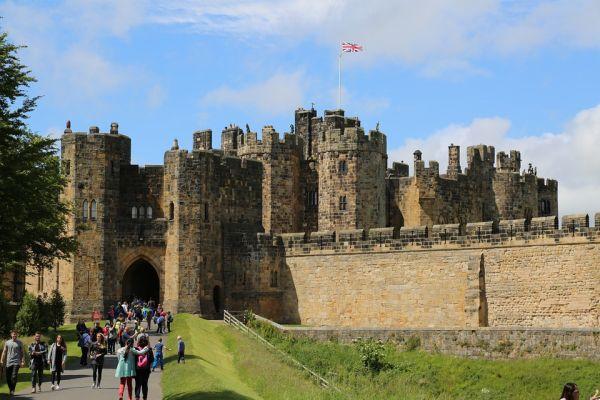 I have to tell the truth, I got out of the Alnwick Castle at the end of the day (they kicked me out to make a long story short) and I traveled about 85 km to do some rest Edinburgh.

Il Royal Botanic Garden it is within walking distance of the noisy center of Edinburgh, is really very interesting and is a real oasis of peace and tranquility that extends over an area of ​​over 30 hectares. 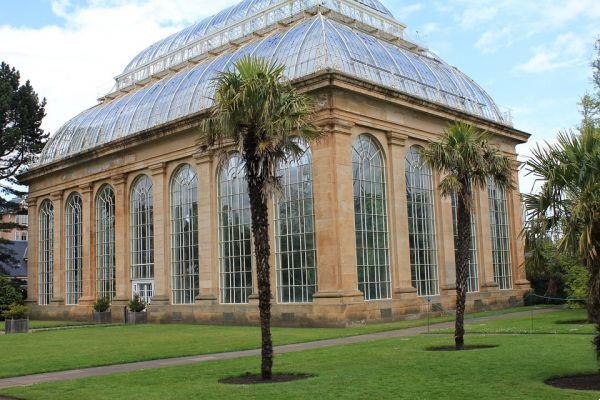 The time has come to re-enter Spain with a considerable cultural background.

I am sure that I will return to this magnificent land to visit the museums and to admire some of the most beautiful views in the world.

To get more information see Scotland practical tips for your holidays. 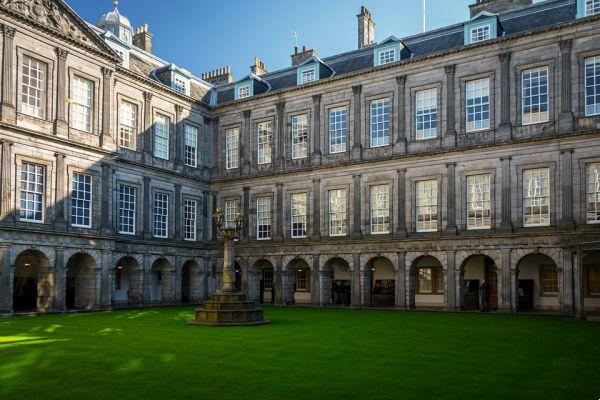 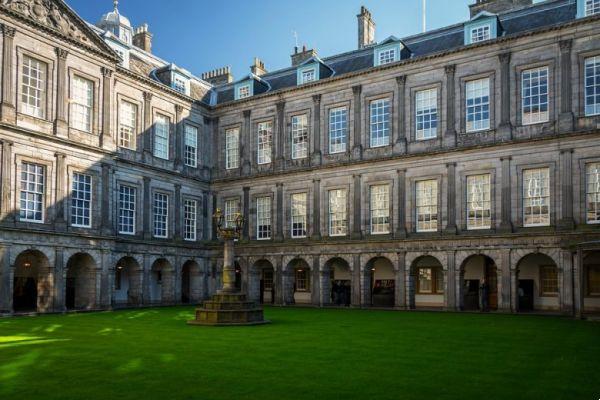 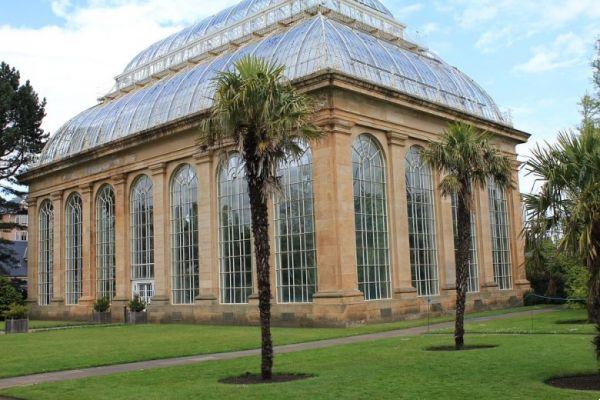 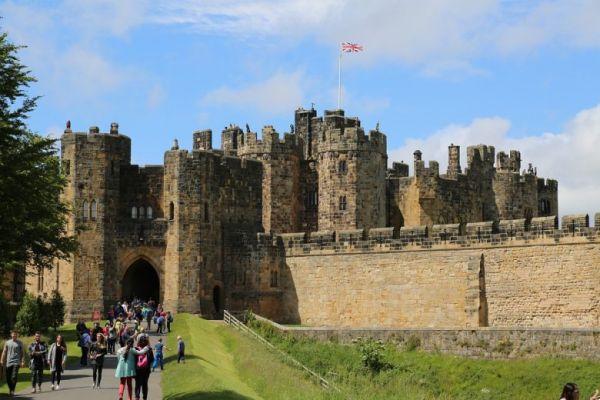 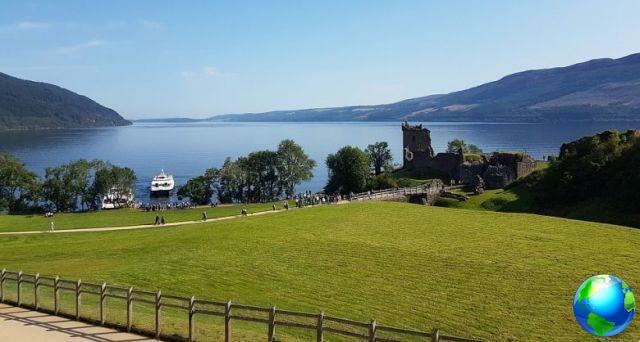 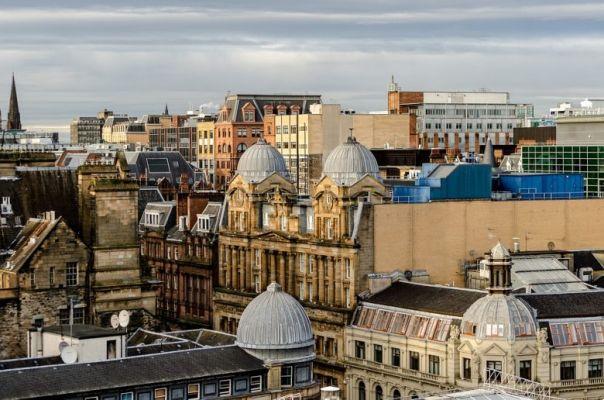 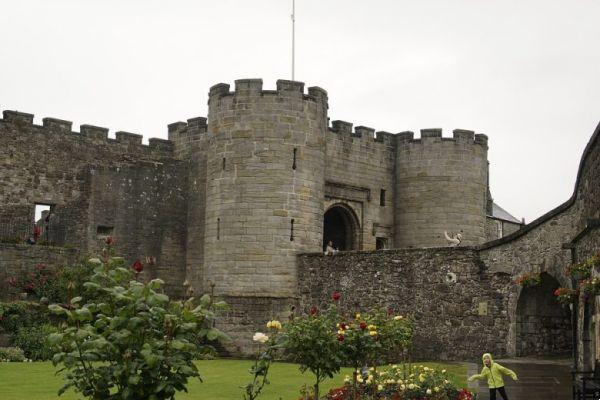 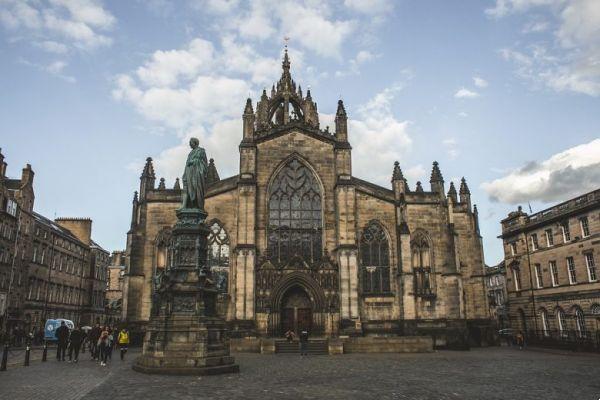 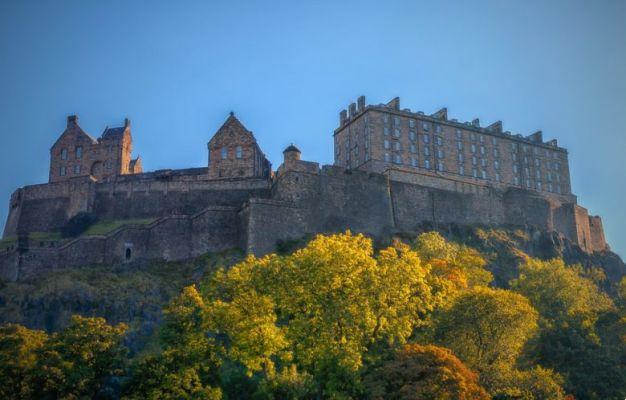 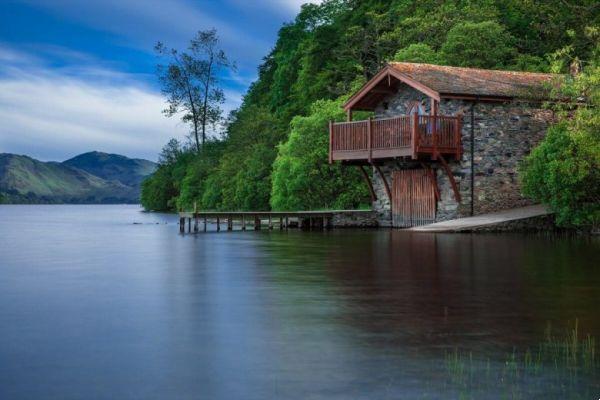 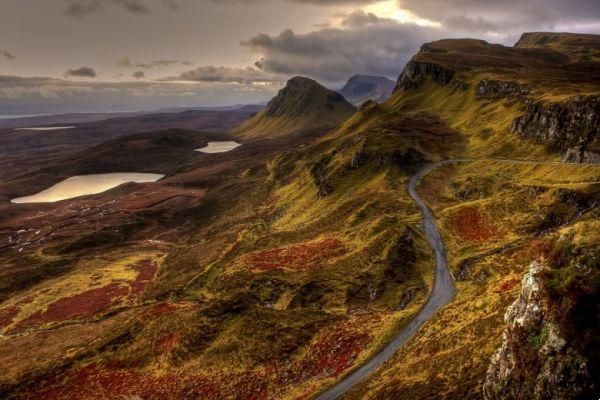 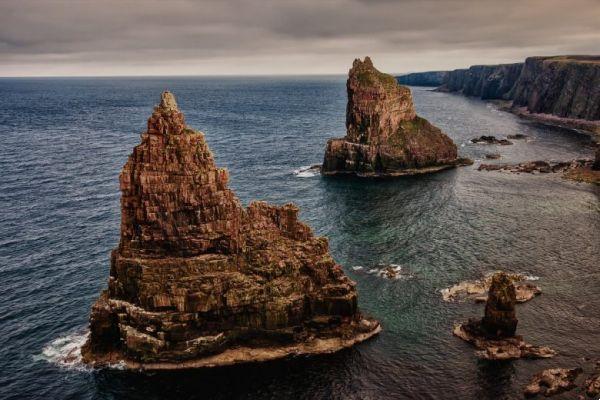 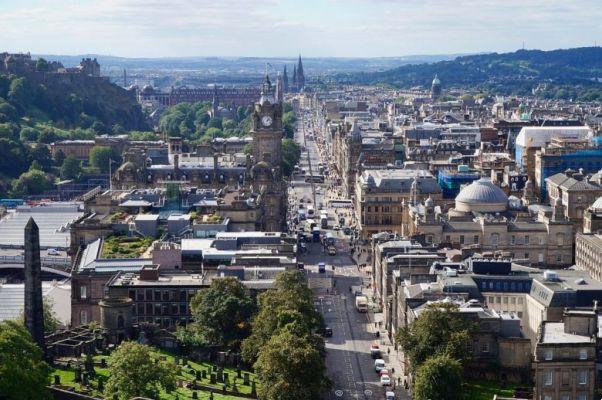 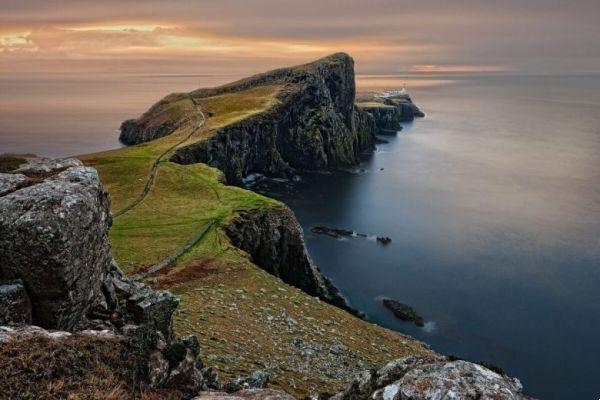 Travel to South Africa: main cities and most beautiful places to visit ❯

add a comment of Travel to Scotland: tips on what to see and what to do