Travel to Japan: itinerary between culture and nature

When you decide to go on a trip to Japan, the first "problem" to face is the choice of the itinerary (if these were always the problems, you will say!). Unless you have months to spare, you will necessarily have to choose one or more areas and dedicate yourself to those. The itinerary that I propose in this article is a journey to discover the culture and nature of the country that allows you to have a vision of Japan on different aspects. After visiting the 2 most important cities (Tokyo and Kyoto), you get to Nara (with some of the most beautiful temples in the country) e Kanazawa (the city of the samurai, very famous for the Kenrokuen garden and for its handicrafts) before delving into the Japanese Alps, the Shirakawa-go e Takayama (UNESCO heritage). From here you can then reach the parco Jigokudani (where there are the famous Japanese macaques "soaking" in the thermal waters) before returning to Tokyo via Nagano. The itinerary focuses on the central part of Japan and is easily doable in 2 weeks (which can become 3 if you want to take it more comfortable).

If you want to organize the tour

I have organized my tour independently as always, but if you want to travel without fear of unforeseen events and organize your trip to Japan without thinking about anything, maybe even from the comfort of your home, I recommend the travel agency Basho Travel. They propose a "nature and culture tour in Japan”Which touches these stages (with the addition of others ..) and lasts 2 weeks, but they also organize customized tours. It is an agency specializing precisely in Japan, so you can leave with peace of mind! 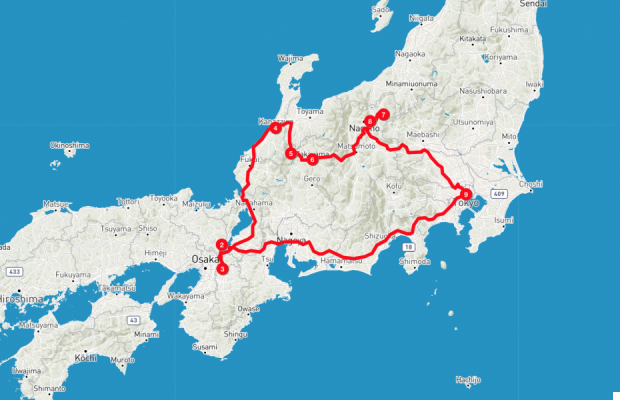 What to see in Japan: 2 weeks itinerary between nature and culture

What to see in Tokyo: a science fiction city

At first impact Tokyo it looks like a science fiction city, it is the gateway to the country and you will immediately see everything you expect from a trip to Japan: sparkling skyscrapers, illuminated signs, millions of people walking, technology and manga shops ... you will feel like entering in a cartoon !! As you explore the city you will then realize that there is much more than this, that it is a city with deep historical roots and that it will be enough for you to leave the main arteries to find yourself in another planet, lost in the alleys of wooden houses. surrounded by bonsai.

Tokyo is so large and varied that it would need at least 1 week just for her; regardless of how many days you have available, my advice is to take a quick tour as soon as you arrive, but dedicate more time to it in the last few days, when you have already understood some dynamics of Japan and you can appreciate everything more (the culture, the traditions , food, etc.). Find even more detailed information in thearticle What to see in Tokyo in 3 days, however, among the things not to be missed in Tokyo in my opinion there are: 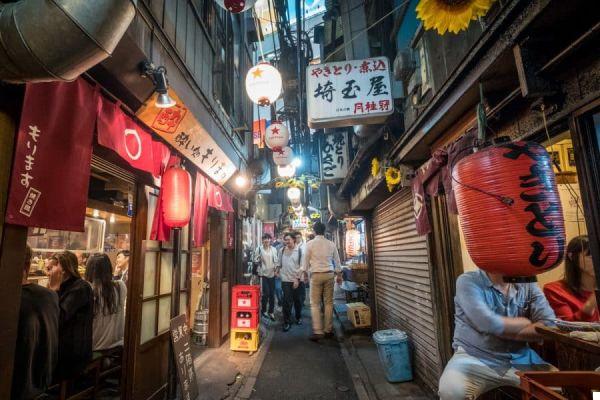 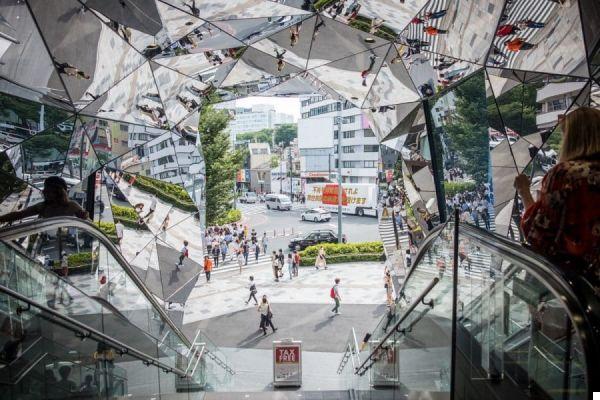 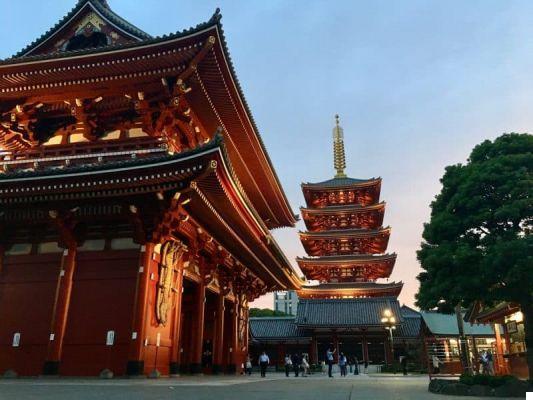 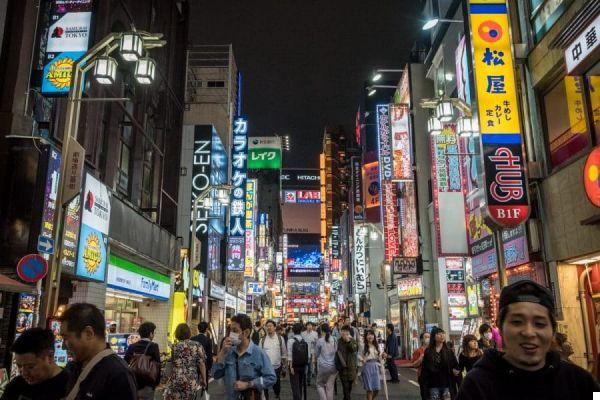 What to see in Kyoto: the city of geishas

Kyoto was the capital of Japan for nearly 1000 years and has an immense patrimony of temples, palaces and gardens. It is the city of geishas and alleys with wooden houses and is the postcard image that almost everyone has in mind when they think of Japan. Today's Kyoto is a very large city with not very charming suburbs, but the historical part and the surroundings will make you fall in love. 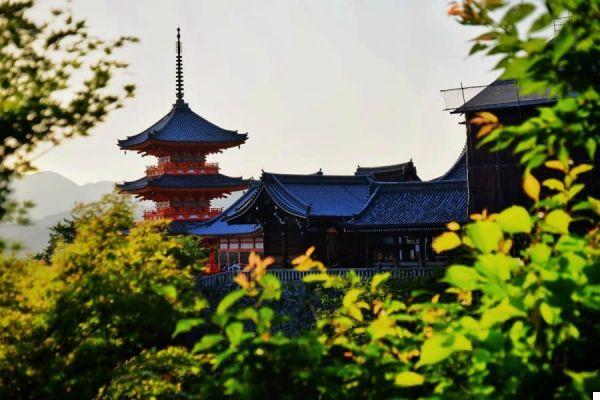 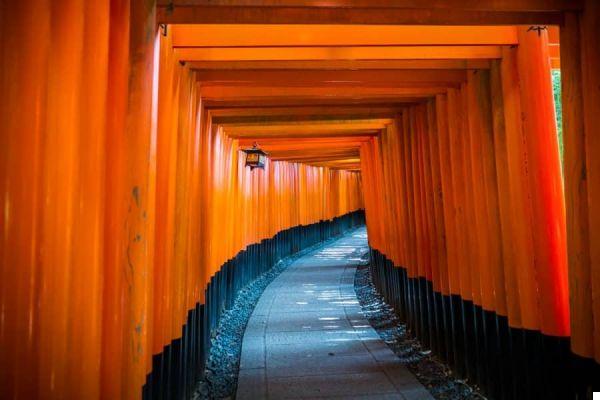 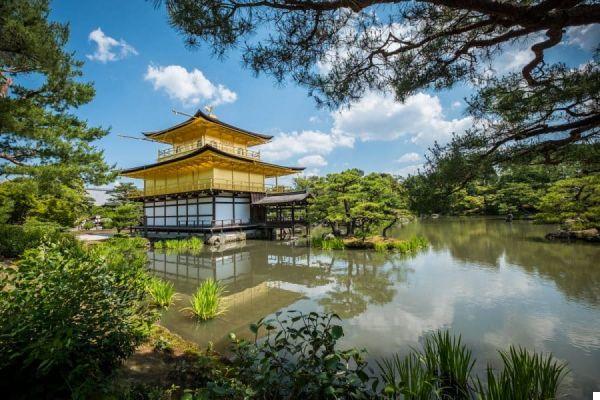 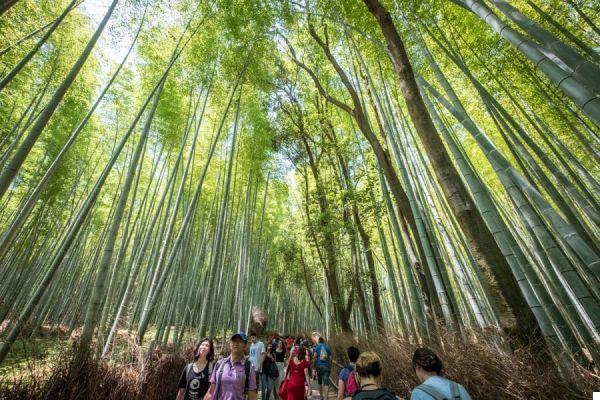 What to see in Nara:


What to see in Nara: the great bronze buddha and Todai-ji

Nara was also the capital of Japan and it is considered the cradle of Japanese civilization: this is where Buddhism took hold in the country in the 4th and XNUMXth centuries. Here there are XNUMX monuments that have been included among the UNESCO World Heritage Sites and are all located within the Nara-koen park. Nara is also famous for a very well preserved traditional neighborhood (the Nara-machi) and for the fallow deer that roam freely within the Nara-koen. 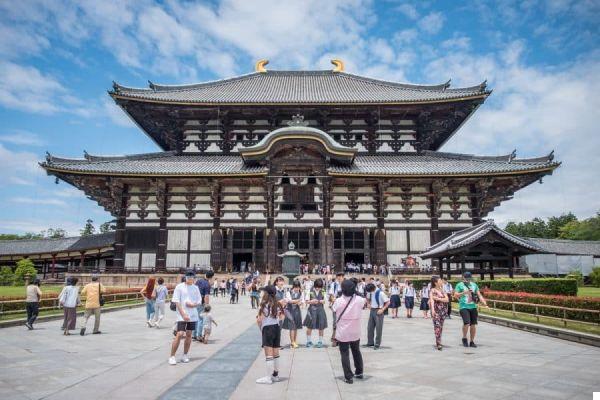 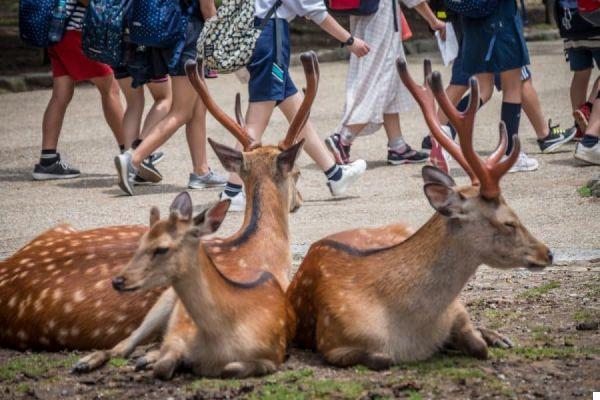 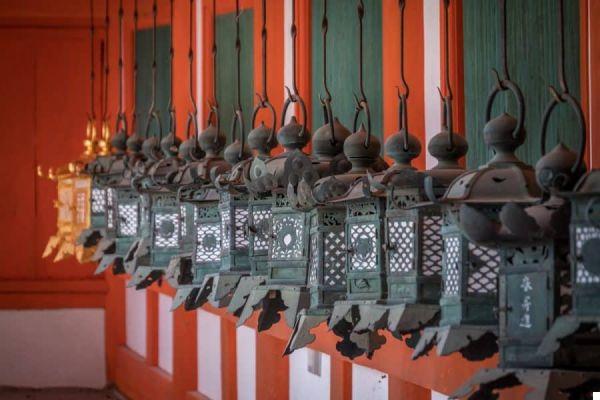 What to see in Kanazawa: the Kenroku-en garden

Kanazawa is famous throughout Japan for the giardino Kenroku-en, officially considered one of the 3 most beautiful gardens in the country, but also for being one art City and with one of the artisanal productions of pottery among the most beautiful that you will happen to see during a trip to Japan. Along with Kyoto, Kanazawa is the only city where geishas are still trained and there is still an ancient neighborhood with samurai houses. Personally I found it beautiful! Still little inflated and not invaded by mass tourism, with a decidedly authentic atmosphere. Not to be missed are: 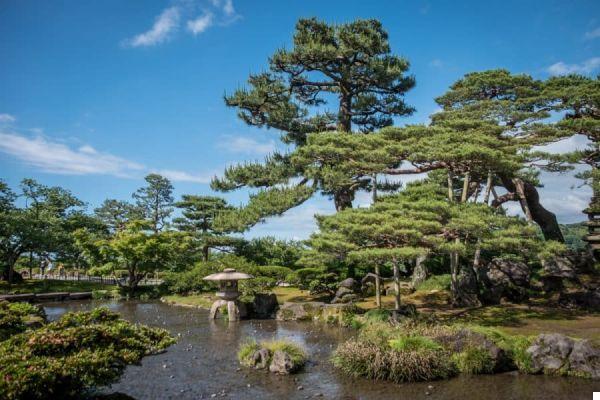 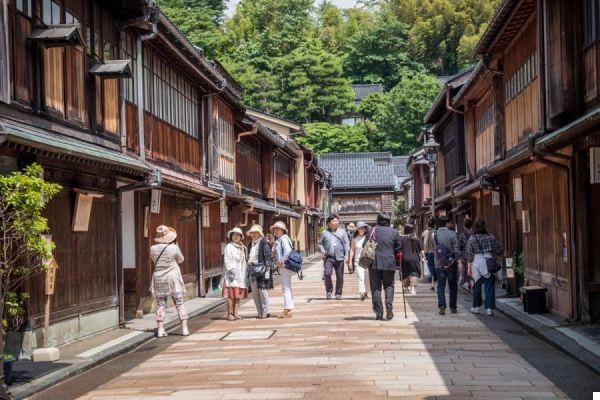 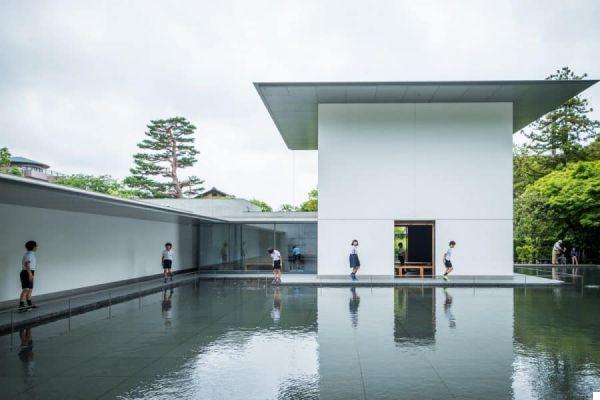 What to see in Shirakawa-go and Takayama: the traditional villages

From Kanazawa you sell poi verso le Japanese Alps and there are several traditional villages where time seems to have stopped. In particular the area of Shirakawa-go it is famous for its triangular thatched houses (recognized as World Heritage by UNESCO). These villages remained practically isolated until the mid-900s from the rest of Japan which was rapidly modernizing and kept all their charm intact. Not far away there is Takayama, once the city of carpenters. The carpenters who were called by the emperors to work in Tokyo or Kyoto all came from here. Today the original nucleus of the town has remained and walking through its narrow streets is truly like taking a leap into the past. 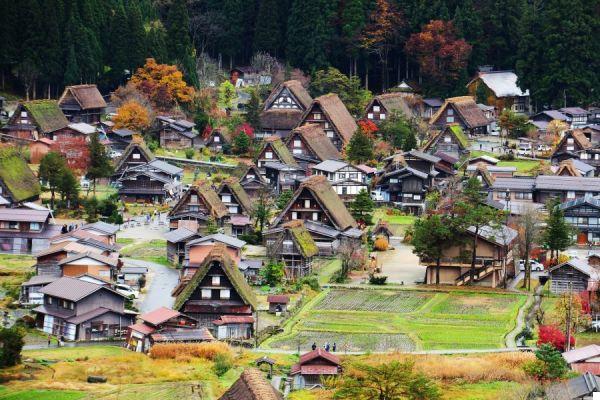 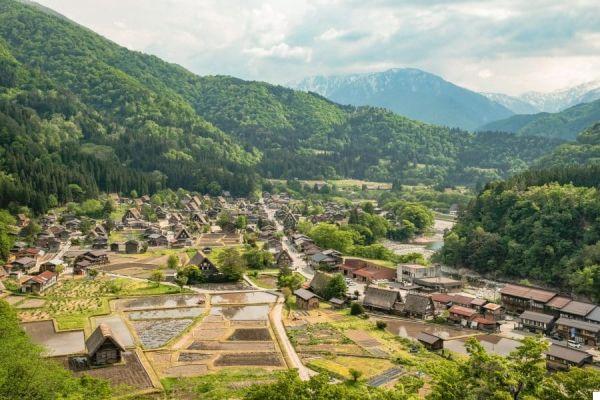 What to see in Nagano and its surroundings: Matsumoto and the Jigokudani park

We close this trip to Japan with Nagano and some places that are nearby. Nagano is famous for hosting the 1998 Winter Olympics, but has always been known by the Japanese for tempio di Zenko-ji, honored by millions of pilgrims. Then there are Matsumoto, a popular holiday resort located at the foot of the Alps, and the parco Jigokudani with the famous "monkeys in the snow". 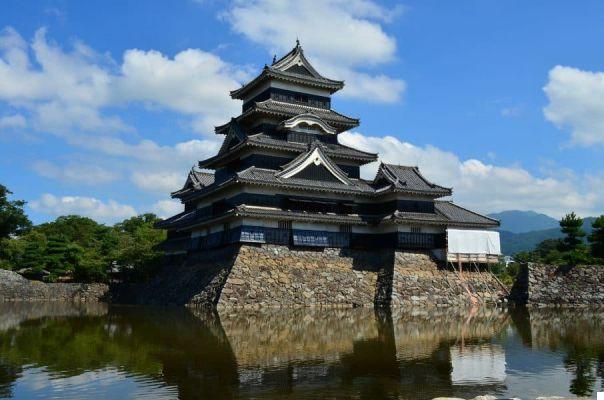 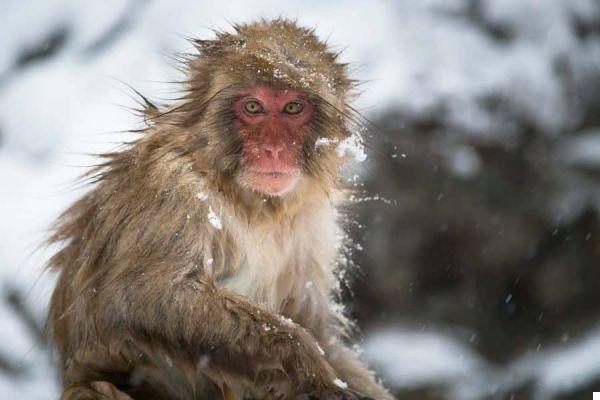 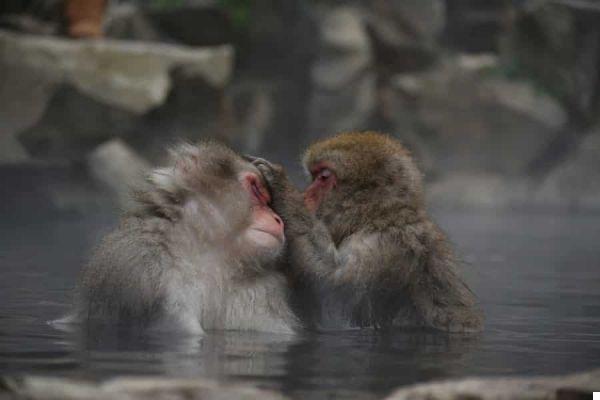 Travel to Iran: all the places not to be missed ❯

add a comment of Travel to Japan: itinerary between culture and nature