Nara, what to see beyond the deer


How to get to Nara from Tokyo with the Japan Rail Pass, what to see beyond the beautiful and famous deer, what to do and where to sleep to spend two relaxing days in Nara.

Il Japan, among the countries visited so far, it was the one that surprised me most. Nothing was what I expected. And I spent three weeks looking at everything with the curiosity of a child. Also on Nara I didn't have high expectations, especially after seeing Kyoto and being bounced from temple to temple. Instead, I had to change my mind a lot. In the end, it's one of the places I liked the most.
Despite the fawns (oh yes, I don't like fawns, don't be bad). 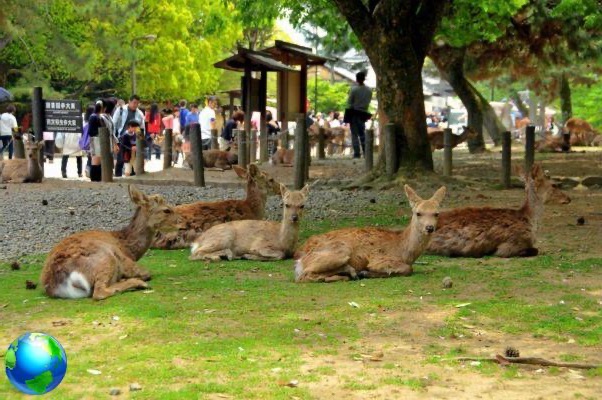 The city of Nara is one of the oldest in Japan; it was its capital from 719 to 794 and in 1998 it was declared World Heritage Site by UNESCO. With its temples and traditional neighborhoods it is a concentrate of Japanese art and culture.

Very close to Kyoto, it can also be the destination of a day trip, but if you accept my advice, I think it is appropriate to dedicate them in complete tranquility at least a couple of days. We used it as an intermediate point before embarking on the long journey to get to Koyasan and we were, unfortunately, only one day. 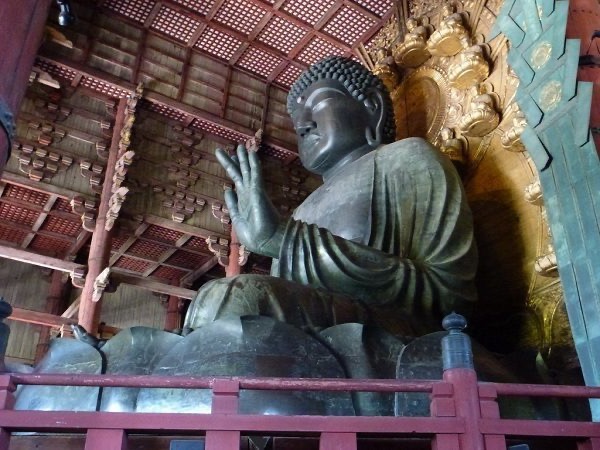 What to see in Nara

I will not give you an exposition of everything that is possible to see in Nara, but consider that being a small town, all places of interest are all within walking distance from Nara Kintetsu Station or by bus.

In my opinion, one of the essential destinations of Nara is without a doubt the Todaji temple, one of the most famous and oldest in Japan.
Built in 752, entirely in wood, it houses the bronze Buddha inside largest in the world. It is over 16 meters high! 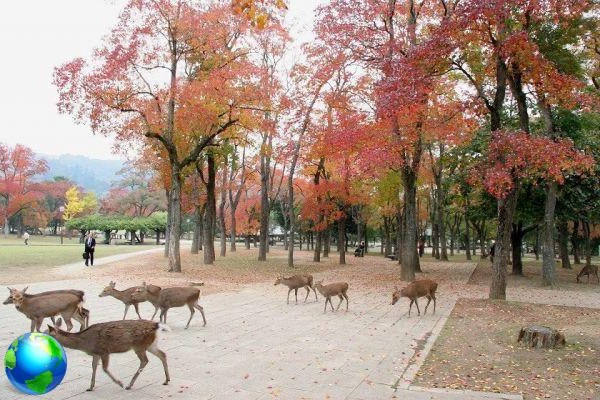 In fact, looking at it closely is impressive. Especially if you are small like me.
In fact, the temple is one of the most popular attractions not only in Nara, but in the whole of Japan and is also famous because on the back of the Daibutsu - Den there is a pillar with a hole in the center: it is said that people who manage to through it they receive a sort of "illumination". Unfortunately, being a tight space, only children are generally able to pass through.


We then move on to Nara koen o Nara Park, which is a huge natural reserve that extends from the lower part of Nara and Naramachi to the foot of the hills. This park encompasses the TodaiJi, Isuien Garden and Kasuga Taisha Shrine areas. Its most interesting feature is the high number of deer that populate it and that frequently approach passers-by to be fed.
Due to the presence of the cute little animals, Nara is also known as the city of deer.
There are many cookie vendors around the park and if you like, you can buy them and feed the deer. In fact, they are waiting for nothing else and they come dangerously close. 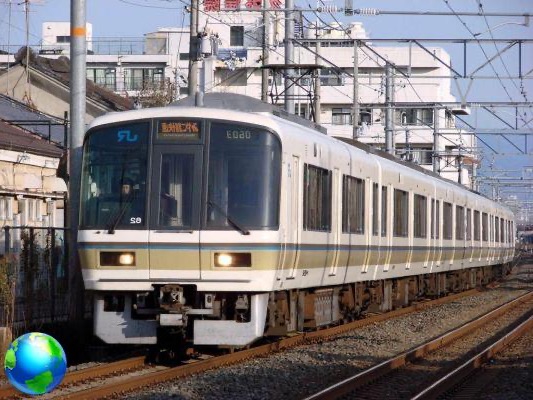 If like me, you are not a lover of adorable bambi, the park will seem like a hellish place. Actually walking is beautiful (la nature in Japan it's so perfect and tidy that it will blow your mind), you just have to be careful of the little groups of cookie eaters.

How to reach Nara

As I have already mentioned, Nara is easily accessible from Kyoto. Obviously, the preferred means of transport is the train.
If you have the Japan Rail Pass it is advisable to take the JR Nara line from JR Kyoto Station and get off at Nara Station (about 44 minutes); if you don't have a JR Pass, you can still take the JR Nara line (the ticket costs 710 yen one way), or take the Kintetsu private line. 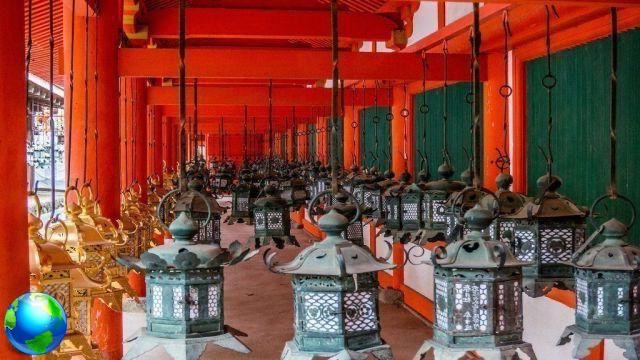 Where to sleep in Nara

We chose one guest house very close to the station because we had to leave very early in the morning.
This is the Yuzan Guesthouse Annex which still turned out to be an excellent choice. Clean and nice, although a little noisy due to the proximity to the road.

Audio Video Nara, what to see beyond the deer
Tour among the castles of the Duchy of Parma and Piacenza ❯

add a comment of Nara, what to see beyond the deer