Tour among the castles of the Duchy of Parma and Piacenza


A tour to discover the Castles of the Duchy, starting from the cities of Parma and Piacenza in Emilia Romagna and their surroundings. Here's what to see to discover this area and enjoy the top gastronomic products.

When you think aboutEmilia Romagna it is undeniable that the vast majority think of beaches, umbrellas, the fiery sun, sunbathing. Once we arrive on the Riviera, however, we must add umbrellas attached to this, the noisy neighbor on the cell phone, children playing and cackling (sometimes) without respecting the desire of those who would like to spend a few hours in peace. 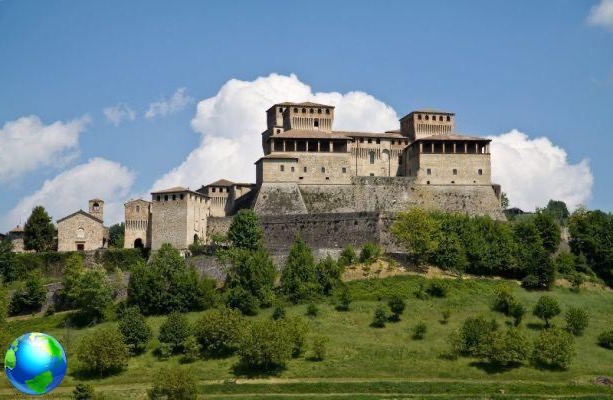 Have you ever thought about a vacation in green of the Apennines? What a beard, what a bore? I wouldn't say so. Indeed, tourism is becoming more and more 'green' and combined with good gastronomy and artistic beauties, a perfect mix is ​​created that will make you immediately forget the stress of the beach.

This time I propose a tour among the castles of Duchy of Parma and Piacenza. Highlighting every small castle or fortress is an arduous and boring undertaking, so I will limit myself to pointing out those that I consider unmissable in my opinion. 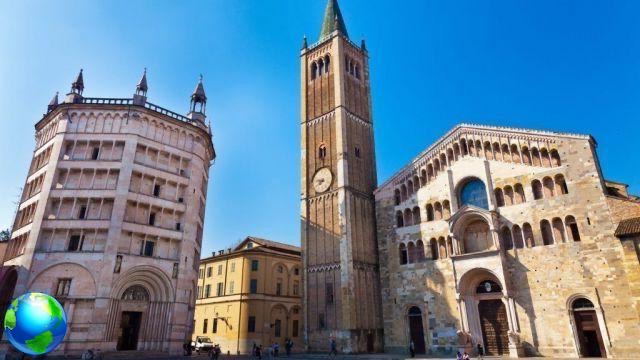 What to see in Parma and surroundings

Starting right from the city ​​of Parma it is a must to combine a tasting of Parma ham, together with a glass of Lambrusco and finally two steps inside a suggestive castle. Call it a tour of castles or gastronomy, the fact remains that in the last two years this type of tourist product has found more and more adepts and curious people, often from overseas (especially Americans).

Personally, after visiting Parma and its historic center, I always recommend a stop in langhirano, about 22 km from Parma, industrial district dedicated to the production and aging of ham. There are dozens of companies that offer 'tastings' and internal guided tours to the aging areas. It is no coincidence that many of these structures are also equipped with factory outlets, and trust that a gambuccio of raw ham or Parmigiano Reggiano will stick to your hands. 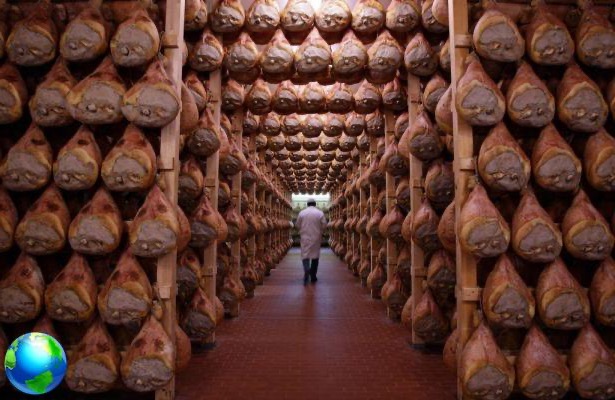 From a cultural point of view I suggest a stop at Torrechiara castle, a splendid medieval structure built between 1448 and 1460. Three defensive walls, four large defensive towers, grotesque frescoed rooms and the Golden Room.

The magnificent is quite another genre Palace of Colorno, over 400 rooms, an external French garden, was inhabited by the Farnese family, by the Bourbons, by Maria Luigia of Austria, wife of Napoleon. Here you can breathe a princely atmosphere. 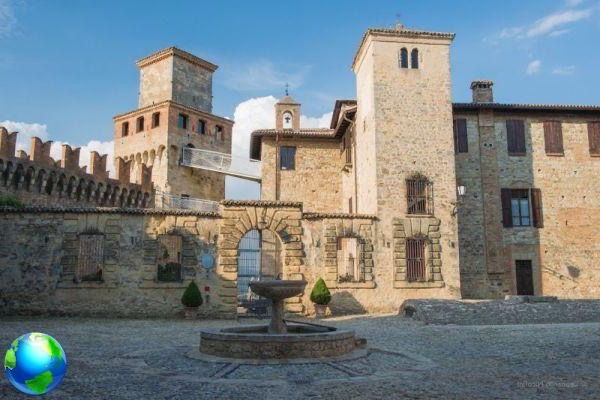 What to see in Piacenza and surroundings

Instead, passing in province of Piacenza here you have the feeling of being surrounded by dozens of once medieval castles that later turned into princely seats, but without losing their defensive nature. Combining an excursion through the vineyards of Ortrugo or Gotturnio (native vines), tasting a few good slices of Piacentina coppa, I suggest you do not miss two wonderful structures: the keep and the village of Vigoleno, intact from the point of view of the defensive system. It has an exciting system of walkways between medieval battlements that I invite everyone to walk through in complete safety, in addition to the four floors of the central keep. It is no coincidence that it is counted among the most beautiful villages in Italy. 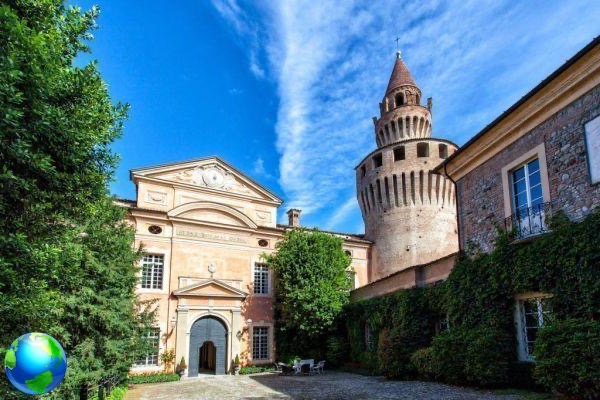 Finally I suggest a stop at Rivalta castle. Open by reservation only for guided tours, it is still inhabited today by a noble branch of the Zanardi Landi counts. The large courtyard, the hall of honor, the dining room, the cellars and prisons, the residential rooms, the tower, the Arms Salts and other small gems can be visited. All in a naturalistic context that honestly will not make you absolutely miss a week at the sea.

Audio Video Tour among the castles of the Duchy of Parma and Piacenza
Applause to the pilot: 4 out of 10 passengers do it ❯