What to do on a holiday in the Lake District, a week in the North West of England, where to sleep, what to see and where and what to eat, here is an itinerary for you.

Il Lake district is a region in the north west of England characterized by extreme beauty. I was there for the first time for work, and I was so impressed that I decided to go back for a week's vacation. It is not easy to reach because of the mountains and lakes: the streets leading from one village to another are narrow, winding and unsuitable for those suffering from motion sickness. But those who manage to put the suffering aside will be rewarded with unforgettable views. 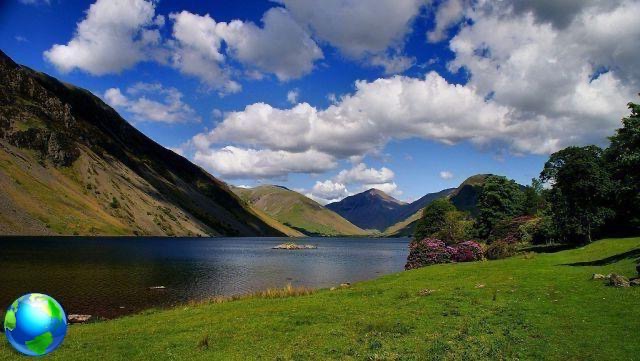 How to get to the Lake District

The most convenient airport is that of Manchester, just over 90 miles away. Alternatively, you can choose to fly on Birmingham, from which however you have to add another 70 miles to get to your destination. There Flybe flies directly from Madrid to both Manchester and Birmingham, while Ryan Air has a direct flight Ciampino-Manchester. We booked a Madrid-Birmingham ticket two months in advance, spending just over 120 euros each (a flight to Manchester would have cost us more than double).

Once landed, it is essential to have one available machine. In this case, the smaller the better, as it will allow you to move more safely along narrow streets (keep in mind that you will be driving on the "wrong side"!). For the rental I compared the rates of the various companies, finally choosing a Volkswagen at 100 euros for six days. Renting a navigation system would have cost us about fifteen euros a day, so we brought ours with us TomTom: wise choice, as we would surely have lost ourselves in the mountains without a navigator. 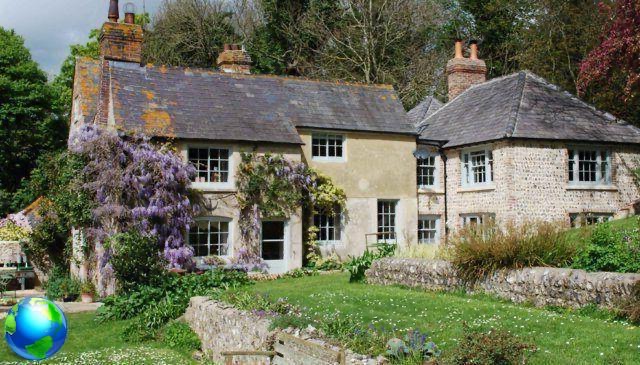 Il Lake District Park it is one of the parks with the highest population density in the whole country: this means that there are many small villages with a wide choice of hotels, B & Bs, hostels, inns and pubs. The official website of the national park has a section where you can find various accommodation options according to different needs. For our holiday I chose the Langdale Hotel, a structure immersed in the green of the village - to tell the truth a group of houses scattered between mountains and lakes - of Elterwater, just over a ten minute drive from the town of Ambleside. We could have chosen to stay overnight in a less isolated place, or in a more spartan structure, but I wanted a relaxing holiday, so the choice of the Langdale Hotel turned out to be perfect: the rooms of the resort are located in the middle of a wood, and all the buildings have been obtained from old ones stone cottage renovated with respect for the nature that surrounds them. The rooms are spacious, modern, as are the bathrooms with hydromassage. The building adjacent to the reception is located spa with swimming pool, sauna and turkish bath available to guests. The price: from £ 110 per night, including breakfast. Not exactly low cost, but there are other facilities nearby where you can book a double for 80-90 pounds, such as the nearby Britannia Inn pub. 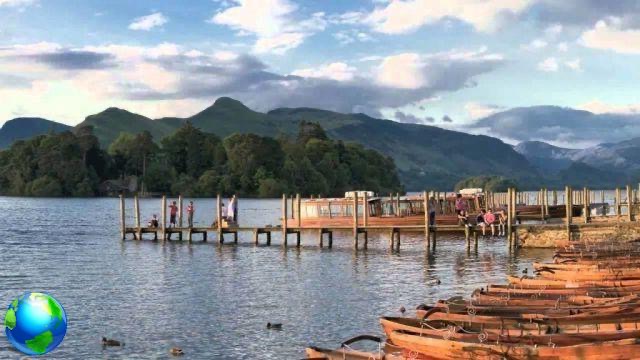 The hotel restaurant, where we had breakfast every morning, is also open for dinner: we avoided it because it was a bit too formal, but it is still an option to consider if you really don't want to go out.

For a couple of beers, the ideal is Wainwright's Inn, a five-minute walk from the hotel. Impossible not to notice it, it is the old white two-story building with a small terrace full of tables: just what you expect from a country pub. The interiors are old, with wooden floors and a low ceiling and, on cooler evenings, the fireplace will warm the room. The menu features traditional food: roast lamb, smoked Cumberland sausage and steak & ale pie, the beer stew. It is the ideal place for lovers of beer: there are at least five breweries in the area alone, from Barngates Brewery to Bowness Bay Brewery to Ulverston Brewing Company. 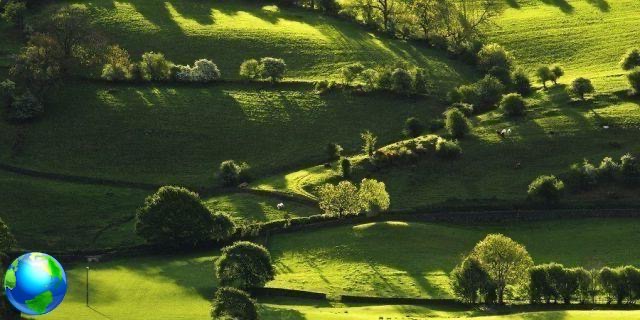 Ambience and menu similar to the Britannia Inn, also within walking distance of the hotel. The context, if possible, is even more traditional: the pub overlooks a lawn where a large maple dominates under which to sip a pint surrounded by some of the highest mountains in the region. The sign, with the design of a old sailing ship in a stormy sea, it takes you back to a world of adventures: those of the smugglers, the smugglers, who crossed these isolated valleys on their way to the coasts of the county of Cumbria, further north. Now the adventurers who frequent Britannia are mainly hikers who arrive here at the end of a mountain hike. If it is a nice sunny day, you can sit on the patio, while if it rains you can take refuge in front of the fireplace, choosing one of the beers that can only be found in this pub: the Britannia Gold, the Bluebird Bitter or the Britannia Special, perhaps together with a hot leek soup and ale pie with mushrooms.

Those wishing to move to the village of Ambleside, a few miles away, you will find a wider choice of clubs: we tried the Royal Oak, on the Main Street of the village. Again, there is a great selection of beers and pub food. Don't miss Lucy's On A Plate, a small restaurant on the very central Church Street. It is not at all pretentious, where the menu changes according to the season. They are used only local ingredients, and the results are excellent: you start with a mushroom soup and a terrine of rabbit with pine nuts, to continue with a taste of roast suckling pig or smoked haddock. End the evening with a pint of beer at the Golden Rule, an old pub where the villagers meet every evening. 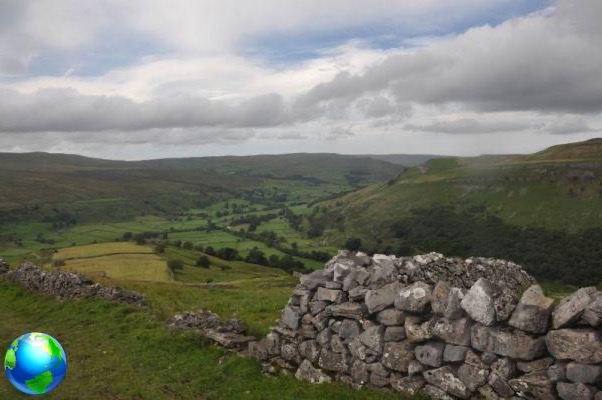 The Lake District, with its 21 lakes and mountains, is the ideal place for those who love walking. Only from Elterwaterfour start right in front of the Britannia Inn itineraries that allow you to admire the view from some of the highest peaks. On the Lake District National Park website you can find tips and routes based on your level of preparation and the distance you intend to cover. We limited ourselves to a loop of about five miles, which from Elterwater took us to Lake Elter and the spectacular Skelwith waterfall.

In ten minutes by car you reach the village of Ambleside, lively center of less than three thousand inhabitants. Here you will find first of all shops that sell mountain equipment, but also small craft shops.

Don't miss a trip to the lake Windermere, the largest in England: you can drive around by car, stopping here and there in one of the many villages that overlook the banks, or take a boat from Bowness-on-Windermere and go around the lake. From here we then move north, towards the lake Grasmere, in the town of the same name: a couple of streets, a bookshop, a few B & Bs and a tea room. It is a small village that has kept intact the charm of the past: not surprisingly, in fact, the poet William Wordsworth he defined Grasmere as "the most splendid place man has ever found". On the other hand, it is this very region that Wordsworth and the other Lake Poets chose to make their home in the XNUMXth century. How to blame him? Like them, I too would like to make the Lake District my home.