Azores, what to do in 2 days in San Miguel

What to see, what to do and where to sleep in San Miguel, the largest island of the Azores archipelago, the advice of those who have been there and suggest to stay in Sao Miguel at least two days.

The Island of San Miguel is the largest of the entire archipelago of Azores and while for Terceira I recommend only one day to explore it, for San Miguel I recommend two. Because the island is big, why the city of Ponta Delgada is worth a visit and why the attractions, including tea plantations, various miradors and even the Furnas spa, as well as excursions into the ocean to admire the large cetaceans , are all things to do and two days are barely enough. 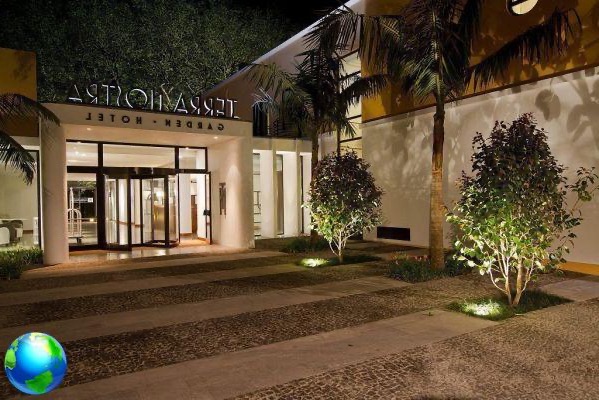 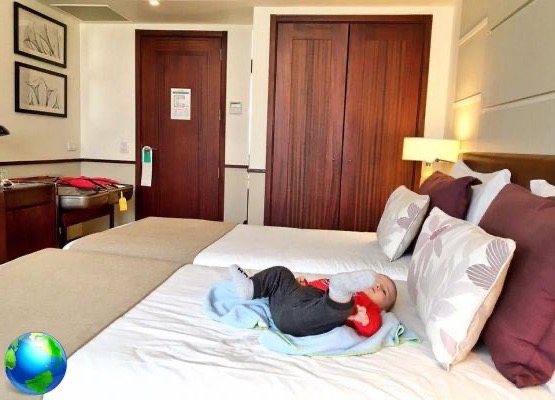 Personally I opted for a hotel in the center of the island of San Miguel, in an area called Furnas which is one spa from which to leave for day trips and to return in the late afternoon, still having time to treat yourself to some outdoor thermal baths in the splendid swimming pool adjacent to the hotel - which is free for guests The hotel is called Our land. 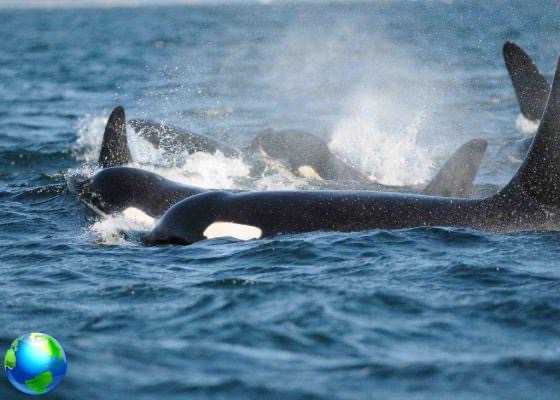 Getting to San Miguel and not taking a trip out to sea is crazy. Here the organization Picos de Aventura organizes excursions of 8 hours, therefore a full day, but also half day and 2 and a half hours, 3 to observe whales and dolphins that pass continuously in this area of ​​the Atlantic Ocean. The half day excursion costs € 55 per person and the meeting point is in Ponta Delgada. 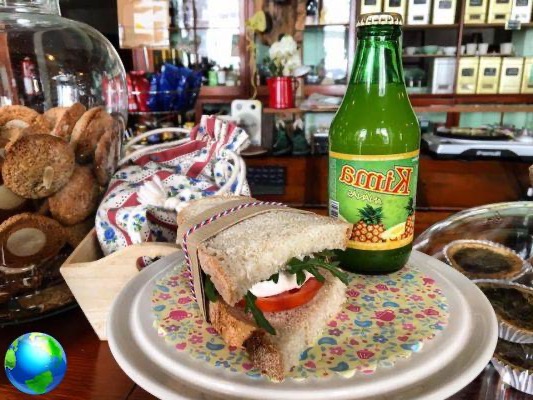 The city of Ponta Delgada is the largest in San Miguel, as well as being the cosmopolitan city, the largest not only on the island of San Miguel but of all the islands. City where the San Miguel airport is located, but also the main offices and institutions of the Azores. I found Ponta Delgada very pretty, with inviting bars and restaurants, one of them all Louvre Michaelense in Rua Antonio José d'Almeida 8.
What not to miss in Ponta Delgada?
Doors of the City they are the ideal starting point for discovering the city, they are immediately recognizable by the three arches that connect the coastal area and the Praça da República. Here thetypical architecture the contrast between the white of the walls and the basalt elements stands out, very different from the typical buildings of Terceira, for example, which are much more colorful. 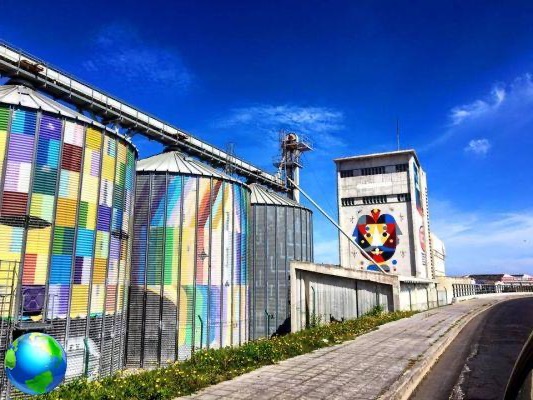 The Igreja Matriz de São Sebastião, the Igreja de São Pedro, the Igreja São José, the Convent and Capela de Nossa Senhora da Esperança, the Tesouro do Senhor Santo Cristo dos Milagres, the Museu Carlos Machado, the City Gates and the Jardim José do Canto, but above all, wandering around the city pay attention to the beautiful murals by a Belgian artist who during the annual project Walk & Talk, drew 1000 hearts all over the island! 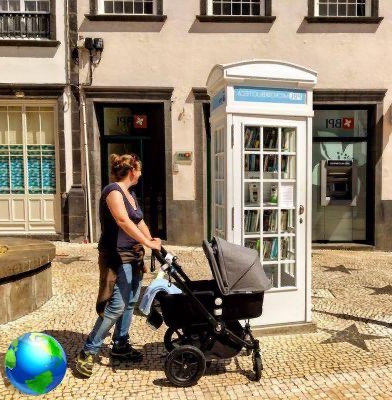 Infine in Largo da Matriz, very close to Louvre Michaelense, there is a mini library inside a telephone booth, only for true book lovers! 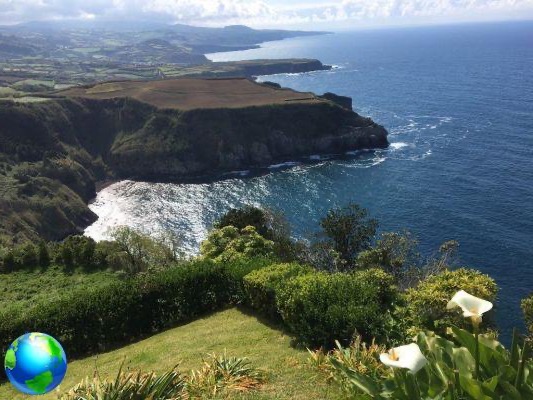 How many miradors are there in San Miguel? Lots! In two days we will have stopped a dozen times to see that or that other spectacle of nature that the beautiful terraces of the island allowed us to admire. The complete list of miradors can be found on the website of theTourist Board of the Azores Islands. Personally I loved them all and almost all of them, every time we stopped, especially on sunny days or hours, there were so many people. One of my favorites is that from Lagoa do Canário, from Ponta do Sossego, from Pedra dos Estorninhos and from Vista do Rei. Almost all of them can be reached by car, but some are special and can only be reached on foot, so step by step you conquer the destination and the view is even more beautiful! 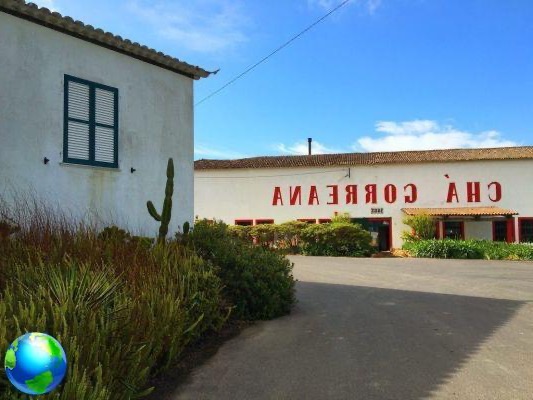 The discovery that there was on such a small island located in the middle of the Atlantic Ocean the only tea plantation in Europe, I was particularly surprised. San Miguel, also called Green Island is a place of incredible discovery and the only tea producer on the island is Gorreana, since 1883 and for five generations. The tea is produced with biological techniques and the leaves are harvested only after 4/5 years. There is only one type of tea grown, but the different treatment to which the leaves are subjected determine the various types of tea produced: Tender: Broken Leaf, Pekoe, Orange pekoe and Green tea: Hysson.

Curiosity, the Island of San Miguel offers many trekking routes, from the lightest and easiest to the most demanding. One of these routes runs through and follows the island's tea plantations and in my opinion, it's really worth doing it all the way. Some more information in the post dedicated to trekking to the Azores. 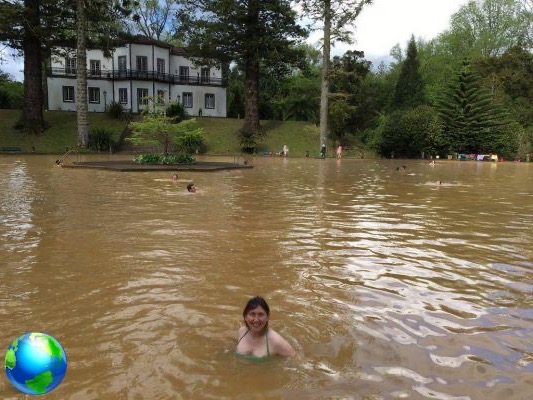 One of the things not to be missed in San Miguel Island is the view of the two lakes, Lagoa Verde e Blue Lagoon, from above. The huge extinct crater, occupied today by the two lakes, gives life to a legend that is still repeated today to tourists, but in which many islanders still believe. Legend has it that the two lakes were born from the tears of one
princess and a shepherd linked by an impossible love. On the island of São Miguel there are the great Lagoas, lakes, of the Azores, such as that of Santiago, Rasa, Canário, Éguas, Empadadas, Caldeirão grande and of Carvão.

As I said before it is possible to sleep near the Furnas spa, in the Terra Nostra Hotel or in another hotel and take advantage of the natural spas (38 ° C) found in this town. The most beautiful station is the one located in the Terra Nostra Park, free for hotel guests and paid for those arriving from outside for about € 6, but beyond this large garden there are other stations, less beautiful but always impressive . 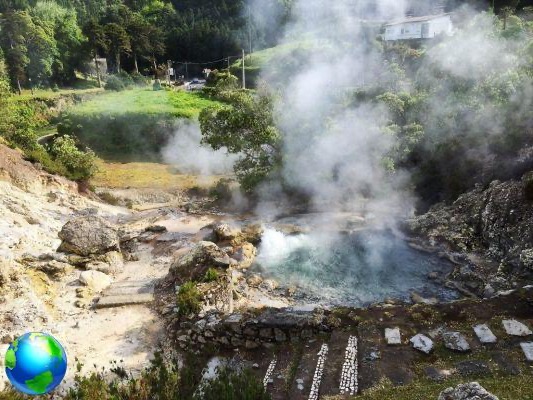 Anyone who wants can bathe in Caldeira Velha, a natural pool with a waterfall of warm water. A first pool invites you not to even touch the water because it goes beyond 60°C, while further up, continuing to walk inside a small forest, there is one natural pool and waterfall, where it is possible to dive and swim. There are changing rooms, bathrooms and the entrance is subject to a fee, € 2 per person with reductions for families and children.

Finally, the famous ones natural pools which are free and located in the sea. Among the most famous are those of Ferreira, they can be reached independently and are in fact free, alongside bars and storage or exchange points for do-it-yourself tourists.

Audio Video Azores, what to do in 2 days in San Miguel
48 hours in Paris, 3 day low cost tour ❯

Where sleeping in Terceira, Hotel in the Azores

Portugal was born in Guimarăes

From Lisbon to Cabo da Roca on the Atlantic Ocean

add a comment of Azores, what to do in 2 days in San Miguel