When to go, attractions and what to see in Salem, the "City of Witches"

La "City of Witches" (Witch City), due to the witch trials that took place in the year 1692, it is located on the Atlantic coast of the United States, 25 km north of Boston. Salem receives more than a million visitors from all over the world.

The best time to visit the city is the one related to the Halloween period.

In the city they are present various attractions open every day in October and only occasionally in the period from May to September.

Salem Wax Museum of Witches and Seafarers
A wax museum with more than 50 recreations made in London. The scenes in the various galleries depict situations in the history of Salem, from its foundation in 1626, to the hysteria of 1692, up to the merchant trade of the XNUMXth century. Among the various experiences that can be done in the museum, an interactive area that gives the opportunity to learn how to tie nautical knots.

The Haunted Witch Village
During the nights of October, the witches and the guardians go out through the alleys of the village, a dark and creepy labyrinth. Salem's longest-running and most interesting attraction for Halloween.

Frankenstein's Castle
Salem's newest attraction is Frankenstein Castle, inspired by the classic period of literary horror. It includes the lower prison of the Wax Museum and Dr. Frankenstein's experimental laboratories. Not recommended for children.

Candlelit Ghostly Walking Tour (Candlelit Ghost Finding Tour)
A half-hour walking tour through the historic streets of historic Salem, among the most haunted houses and places. The guide shows the best methods of photographing ghosts and evidence of their presence in homes. Highlights include a visit to the Joshua Ward House, Howard St. Cemetery, the old Salem prison and the old city high school. Reservation required before the visit.

A Spellcasting, Within the Witching Hour (esperienze di stregoneria)
A live presentation of a real witch, with various magic and spell experiences. Reservation required before the visit.

Some tickets such as the one for the Salem Witches Museum can be purchased from Spain. Advance booking allows you to avoid queues for purchasing at the entrance.

Tickets for the Salem Wax Museum

Or for those who must also visit Boston, it is very convenient to buy a pass for the main attractions and tours of Boston and its surroundings.

The schedules of the various attractions are variables. Check the opening hours of the individual attractions on the official website

To reach the area hosting these attractions it is advisable to arrive by car, although you can use public transport.

You can get there too by ferry from Boston Harbor. The duration of the journey is approximately one hour.

THEaddress to be inserted on the navigator or smartphone is:

For more information on timetables and prices, and to book and buy tickets for the various attractions, visit the official website: 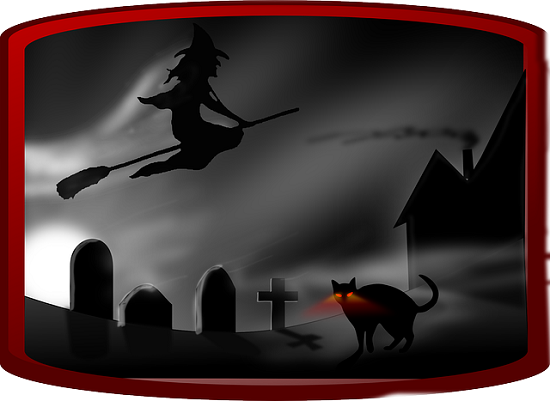 Halloween USA - Image by OpenClipart-Vectors from Pixabay
When to visit New York: the weather and how to dress ❯

add a comment of When to go, attractions and what to see in Salem, the "City of Witches"