What to do and what to see during a trip to Nova Scotia and New Brunswick, the most fascinating and interesting maritime provinces of Canada. 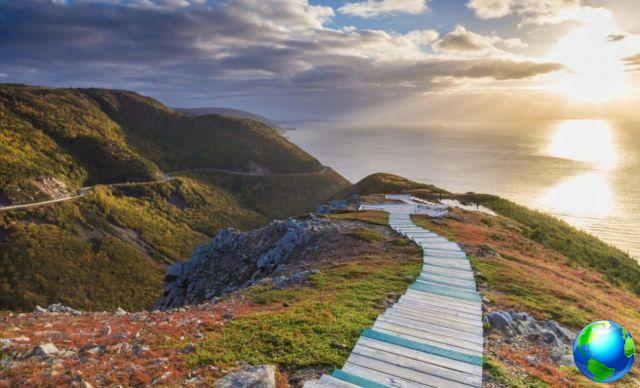 What to visit in Canada: places of interest and attractions

Let's start with Rome destinazione Halifax where we arrive after about nine hours of flight and as soon as we arrive at the airport, we head towards the area to immediately rent a car.

Very quickly but, above all, very curious we get behind the wheel and go towards Halifax, the beautiful Capital of Nova Scotia or Nova Scotia.

As soon as we arrive in the city we head towards the bed and breakfast that we had booked fromSpain, we enter the house and a very nice guy welcomes us who despite being only a guest (the owner had left) makes us feel at home and gives us directions on where to go for something to eat.

Halifax it is not a metropolis but there are still several things to see so let's start with fortified citadel a reminder of the English domination with historical representations and practical demonstrations involving all visitors. 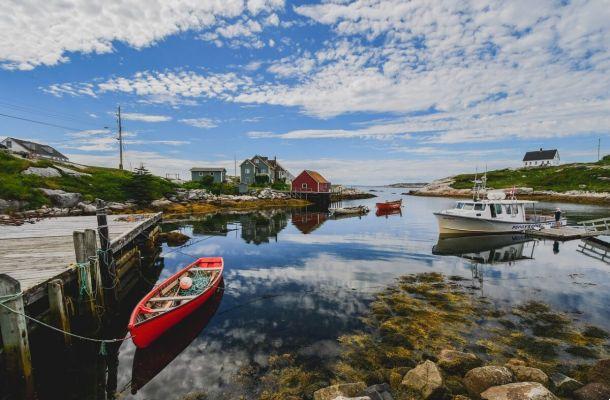 The morning passes quickly and the appetite begins to be felt so we head towards the port area where there are a myriad of restaurants and the culinary specialties can only be lobster, scallops and fish of various kinds and the costs are also negligible (about 20 euros for a lobster, not bad I would say also given the quality).

Thus begins our third day and we leave from Halifax for a tour which will take us to cover more than 2000 kilometers in 13 days and our first stop takes us to Louisbourg a small fishing village.

It takes us the whole day to arrive but the road that leads us towards Louisbourg which is truly scenic so we often stop to photograph and admire the landscape.

Obviously we could not resist the insurmountable beauty of the Fortress of Louisbourg which is a French fortress of eighteenth-century origins. 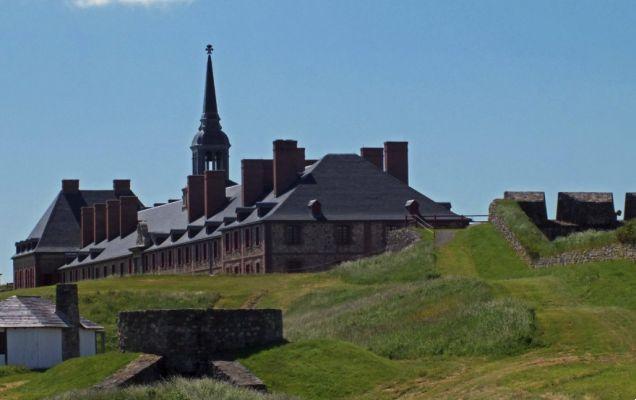 On the fourth day we leave for the most spectacular part of the Nova Scotia, I'm talking about the beautiful and spectacular Cape Breton Island which presents itself to visitors with its splendid landscapes and cliffs overlooking theOcean.

We decide to stop for two days to be able to do some excursions and we find a small INN in the town of Cheticamp.

We arrive in the evening, the day is rainy and we decide to take a tour of the village where we find some little ones local craft shops and a great one restaurant which offers the inevitable lobster dinner at a very low price.

The day after a wonderful day allows us to do various excursions on foot, during one of these we come across an adult moose that blocks the path, a moment of panic the park rangers had warned us of the danger of these huge animals luckily our friend moose frees us the way and returns to the thick in the forest the day ends with the usual binge of fish. 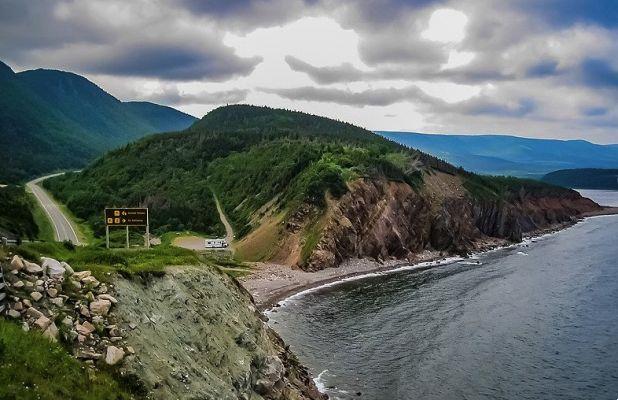 Most of the day is spent driving but we often stop to admire the autumn colors which are truly incredible here.

On the way to Prince Edward Island we cross the Confederation Bridge a 12 mile long bridge.

A Charlottetown we visited the Fouders Hall which is a museum that traces the stages of the founding of Canada and the famous Palace of the Province within which the Charlottetown Conference was held, in fact. 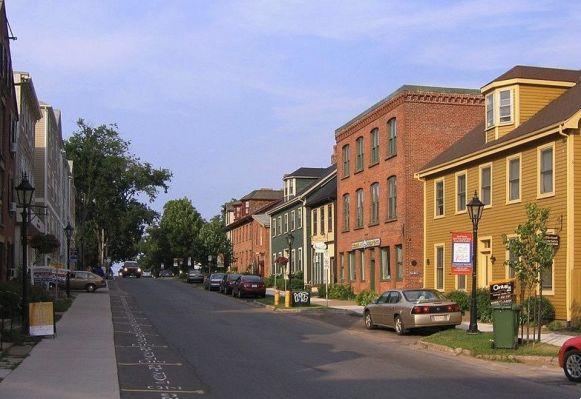 We leave Charlottetown and head towards the New Brunswick our first goal is St. Louis of Kent where two days of excursions among long forests of maples and pines beaches of white sand and small lakes that look like jewels set in the bush.

Despite the time of year (we are in mid-October 2019) the climate is ideal and for a few days almost summer with peaks of 25 degrees so we decide to continue towards Bay of Fundy where you can see the biggest tides in the world.

The most spectacular part of the Fundy Bay are the "hopewell rocks" or rather the rock formations that emerge from the high tideOcean as if they were small islets while during low tide they rise from the seabed like towers and it is precisely at that moment that you can understand the immensity of the tidal phenomenon and for a few hours you can walk on the bottom of the ocean . 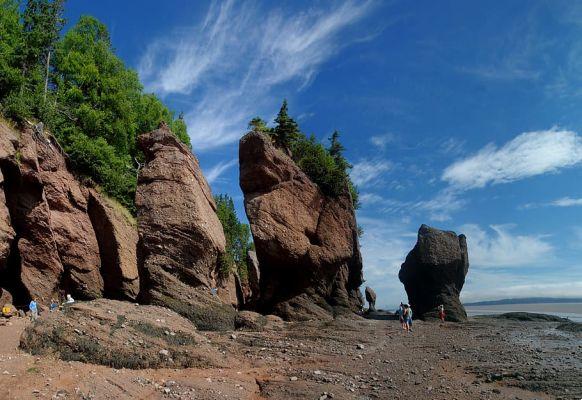 Our next stop on the roads of the Canada è St. Andrew by the Sea a picturesque village that in summer turns into a small city due to local tourism (a small Rimini to be clear) from here you can go out by boat to spot whales, otherwise there is not much to see, we decide to stop there just one night.

In the morning we leave towards St John a small port town with many historic buildings and a beautiful pedestrianized center with shops and restaurants delicious.

Here too you can admire another phenomenon of the tides, it is a very particular phenomenon created by the homonymous river which flows into the ocean during low tide and forms a series of rapids that with the passing of the hours and the tide itself which in the meantime it becomes high and gradually disappears until a kind of lake is created for a few minutes and while the tide continues to rise, the rapids form on the opposite side and the river begins to flow inwards, creating an inversion of the rapids.

The following morning after a night spent in a delightful bed and breakfast and a mega breakfast we discover that the ferry that was supposed to take us to Digby avoiding seven hours of driving it will not start due to the rough sea, so we get behind the wheel and map in hand we try to reorganize the stages, the day is one of wolves as it rains heavily all day so we decide to stop in a small out of this world village where fortunately there are a couple of B & Bs and in one of these we spend the night and what a night.

The house looks like a palace and the owners treat us like nabobs with a lot of breakfast in bed, they are also very kind allowing us to use their computer to send some emails to relatives and friends. 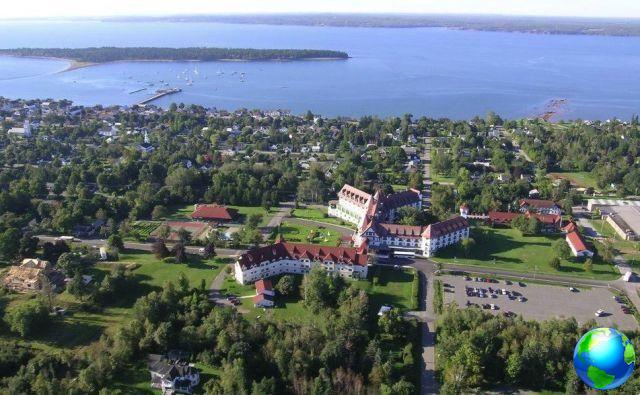 We leave our new friends and head to Yarmouth where we intend to stay one night and it is here that we find another B&B for a thousand and one nights, the two owners are two very nice guys and the house is an ancient residence refurbished by them, we go out for dinner and on our return we entertain ourselves with them in front of a good glass of wine and the fire in the fireplace, the conversation is pleasant and we seem to have known them forever.

We are almost at the end of the journey and our last stop is Lunenburg small fishing town that is part of the UNESCO World Heritage List.

This town is truly delightful and all the houses have been restored keeping the original colors unaltered thus creating an incredible color palette and the view from the harbor is postcard-worthy.

Unfortunately it is also our last night and we just have to try to pack everything that we had stacked on the minivan in the days.

The next day the return flight awaits us that brings us back to life as always but with the desire to prepare a new journey. 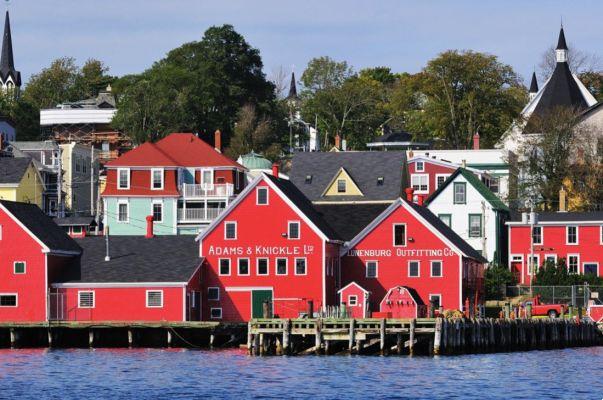 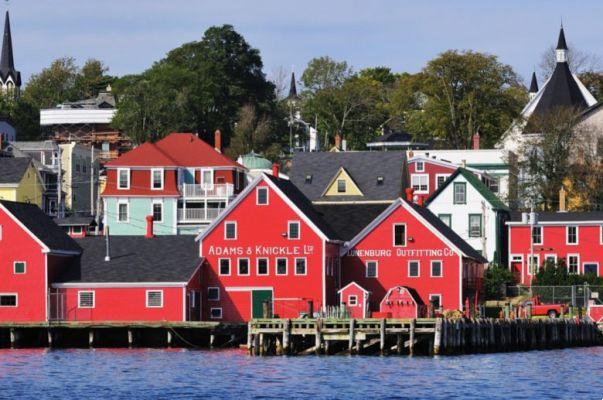 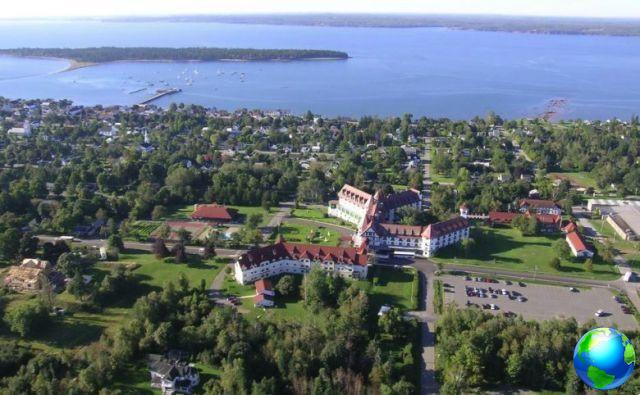 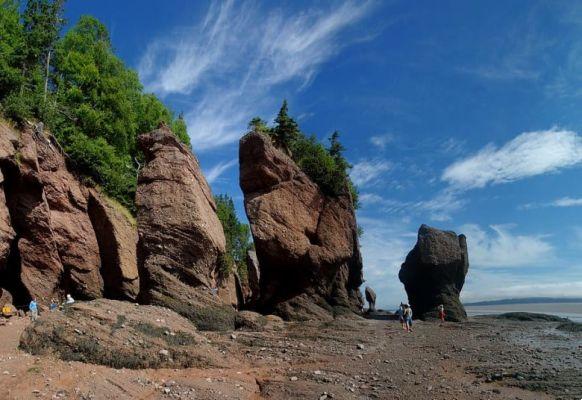 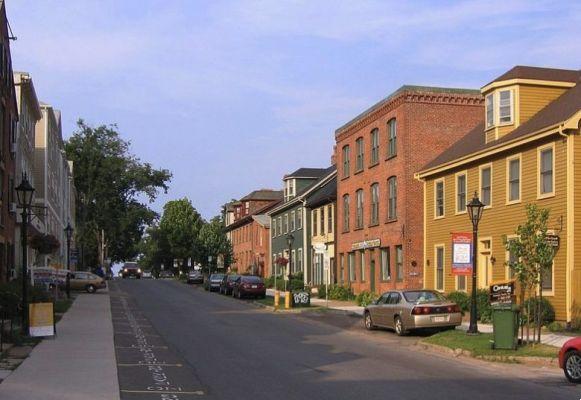 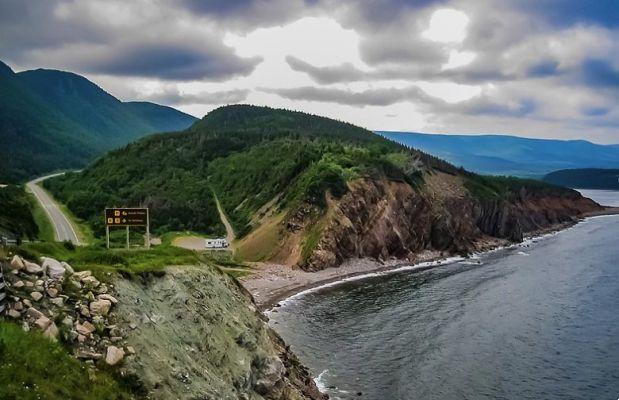 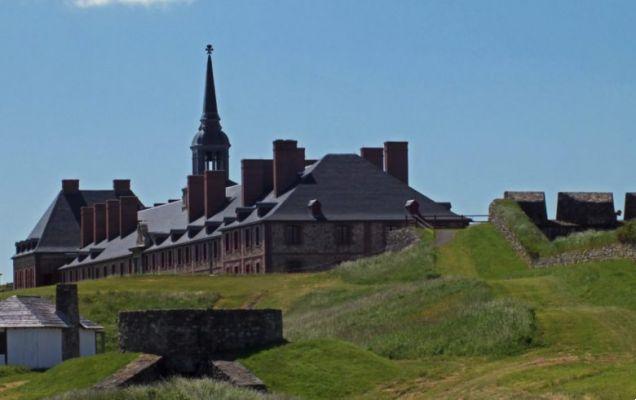 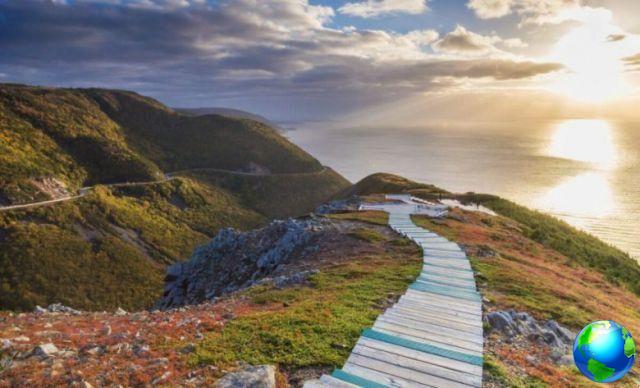 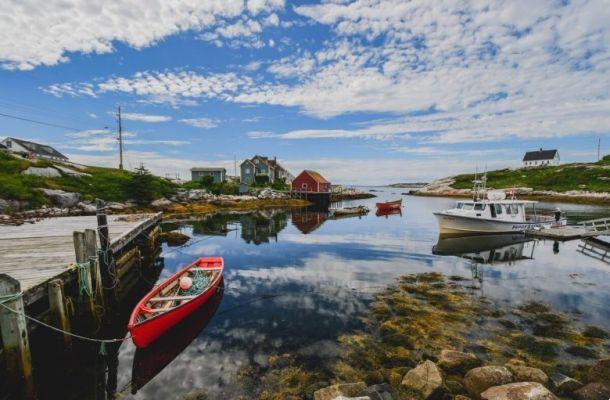 Travel to Scotland: tips on what to see and what to do ❯

What to see in Montreal: the districts of the city between street art and food tour

add a comment of Trip to Nova Scotia and New Brunswick: what to see and what to do