Ten days in New York, but also seven days in the Big Apple and a program to have the opportunity to organize and see all the best low cost. Which museums to see, where to eat, which neighborhoods to visit and where to sleep in New York in a mini guide.

After walking around for five days a New York, first part of the guide, let's move on to the second part with the days from the sixth to the tenth. Obviously you can "turn" the days at your leisure also based on the weather. The days that I personally have dedicated to museums were those in which it rained, yes, sometimes it happens! 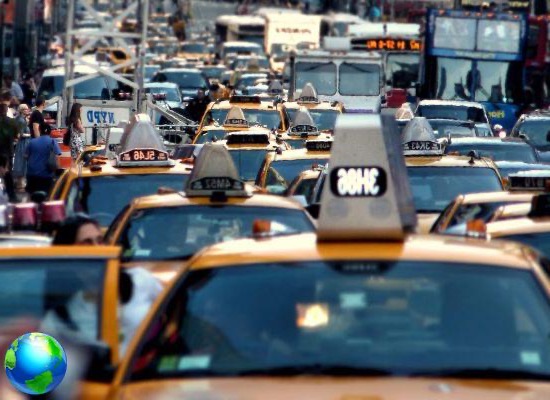 If you like it very well and it never rains during your stay in New York, know that at least a couple of museums in my opinion are worth seeing. Finally, if you are going to stay in New York for fewer days, for example 7 days in New York, the itinerary was made to allow you to mix days and then do what you think is most appropriate and of greatest importance.

New York is a city that you don't see all of on the first trip, probably not even on the second or third, but after 7 or 10 days at least you will have an idea of ​​what it can offer you and what you can do. 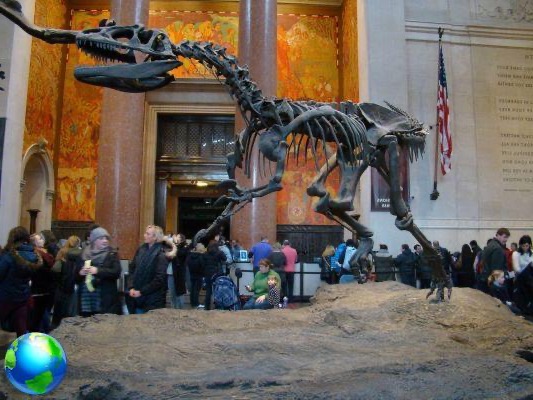 If you stay 7 or 10 days in New York, it might rain. I do not wish it, but it is statistics and it could happen, it happened to me. It rained so much when I went, and there was so much wind that my umbrella broke and went back to my apartment soaking wet. A very bad day. Only gods good cupcakes they lifted my spirits, but also the beautiful museums that I looked at that day.
The MET, as the Metropolitan Museum of Art is huge, really huge. It contains 3 million artifacts and dozens and dozens of interesting rooms. I had the New York City Pass with me and I was delighted that it included this museum because I really enjoyed it. The advice you must immediately keep in mind with this kind of museum, as well as with the Natural History Museum, is that you have to decide what to see. You can't see everything, it would take at least a week and you don't have it. So decide if you are interested in an era, an artist or if you are interested in a specific work. It is a bit like going to the Louvre, it is impossible to see it all and well, better concentrate on one wing. 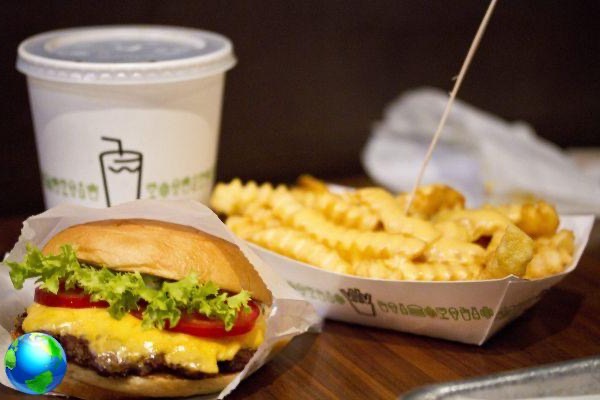 Before moving on to the Natural History Museum, very close to the first one because both are located on the two longer sides of Central Park on both sides you can have two snacks, one sweet and one salty and so your rainy day will have taken on a meaning: D so to speak. On the side of the Metropolitan Museum of Art there is a delicious candy shop, two blocks from the Museum, but you can get there very well on foot as I did. 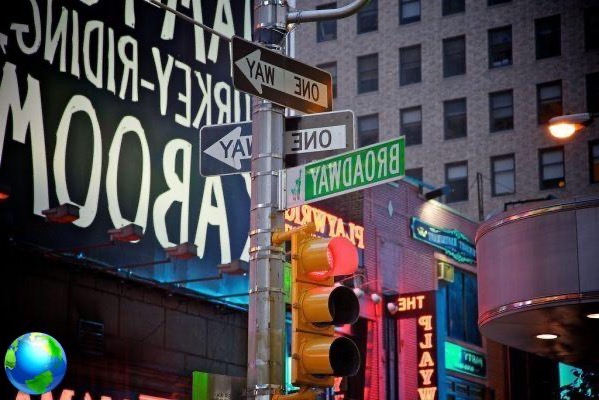 Day 7 - Soho and Nolita on the hunt for shopping

Like all great self-respecting journeys, the day-shopping! I didn't do any big shopping in New York, except for the three pairs of shoes I took home, two Converse and a pair of Nike, which in New York sell for about € 30 per pair. But if you love shopping, the area I recommend is Soho, in particular the stretch of Broadway that goes from the lively Union Square to Chambers Street. Between one small street and another and one shop and another, I assure you that you will be around for several hours.
Around there is no shortage of places to eat or stop for a drink watching people go by, this is one of the things that I still carry inside New York: to see people walking in front of me, from the most normal to the most bizarre. A beautiful thing that I think you will appreciate too!
Nolita is located between Soho and Little Italy, indeed it is a moment to get there and you will do it without even knowing that you are there. At first glance, the area seems a bit subdued compared to Soho, but even here the prices are no joke. Between a café and a bar you will find small shops with “difficult” but irresistible prices. Nolita, which means North of little italy, is one of the most original and alternative neighborhoods in New York, all to be explored. 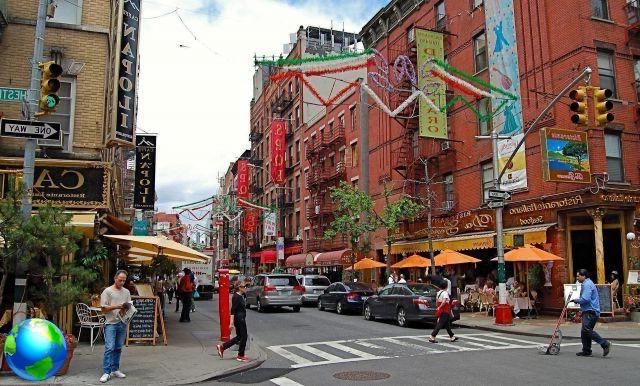 Personally I did not love Chinatown or Little Italy much, in Chinatown they passed in front of my feet two huge mice and Little Italy unfortunately is almost a miniature China now, there are very few Italian shops left. There are many more shops that pretend to be Italian. In Chinatown I enjoyed walking around and feeling in another country, but when I saw the mice I ran away. One evening I also had dinner there, but just long enough to eat something on the fly. Little Italy, on the other hand, you have to see for two historic Italian shops, which take us a bit back in time, to those films in which Italians in New York opened their shops and sold products of their land. You will not believe it but in these shops they are still found Italian products and entering there will immediately make you hungry and want home. 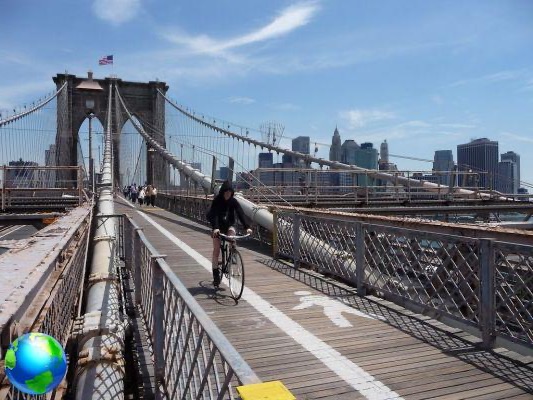 If you still have a few days left, I can only recommend Brooklyn and Coney Island. I've been to the Brooklyn Bridge twice, once at dusk and in the evening and the other at noon. I can tell you that if you can in the evening it is beautiful and there are very few people, instead during the day there is really too much confusion, you will not be able to take a good picture even if you commit yourself. As well as wandering the streets of Brooklyn, it is worth a ride to see the buildings in brownstones, you can also drop by Prospect Park. Brooklyn, which was once a suburb of New York City, has started to catch on in recent years and has become one of the trendiest areas, if only cool enough for New Yorkers to think about taking a home. 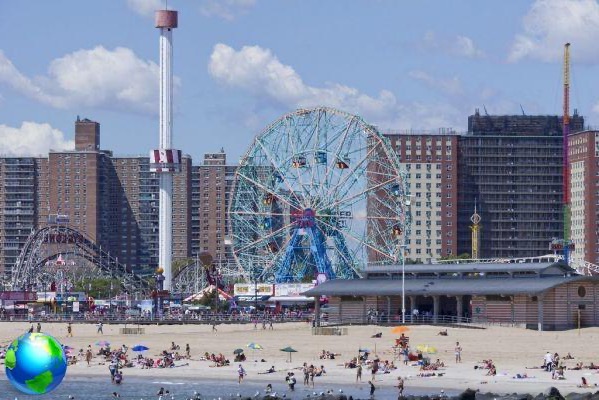 From Brooklyn, you are close enough to pop into Coney Island. The sea is not very close, it will take you about an hour from Manhattan and about 30 minutes from Brooklyn, but if you have time, do it. Prefer Coney Island during the summer season because the amusement park is open and closes in the winter. I have not entered the amusement park, but if you want to know the dates you can find them all on the official website the calendar.
Not to be missed in Coney Island is the Nathan's hot dog, which you absolutely must try because it is rumored that he is the inventor of the hot dog and in his store the hot dog eating competition is organized with a lot of ranking to murals on one of the walls near the store. Do not miss this particular. 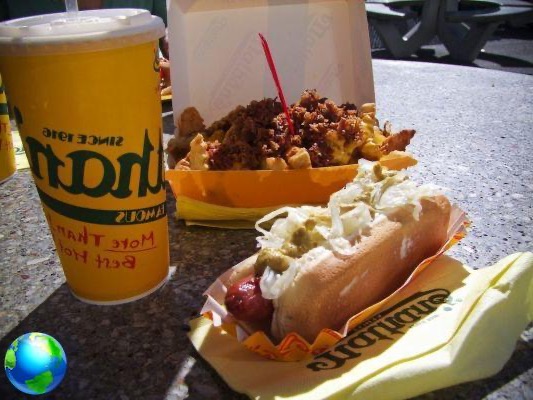 One of my dreams when I went to New York was to see a good baseball game. I tried to look for tickets for basketball too, but baseball is definitely cheaper and low cost and if you are not a huge fan of one or the other sport, I recommend what I saw. After all, I wanted to go to a game, just to see the spirit you breathe, the American atmosphere let's say :)

My advice is to go and check the calendar on www.ticketmaster.com, choose your date and your time and then go directly to the stadium to pay. Consider that I have not paid anything before, but I preferred to go down there and see how "things were", but I am a bit approximate, I thought that if there were no tickets I would have gone around the Bronx. Yes because it is New York Yankees stadium is located in the Bronx! In the end I found the ticket at only 5 $ and I also got a discount because I paid with Mastercard, if you have one here in New York you have bingo, meaning that everyone uses it and only uses credit cards. 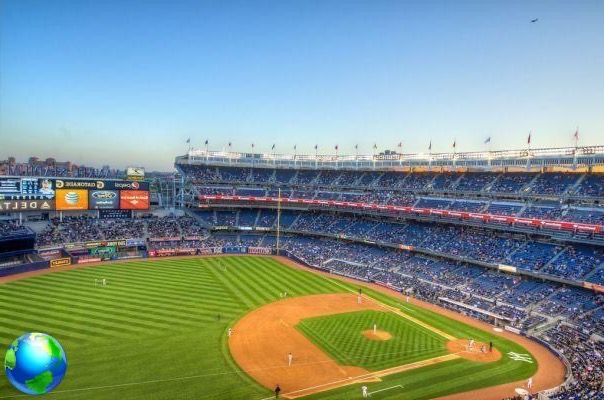 The game was beautiful, I had a lot of fun even if I understood very little, I died of cold and ate a huge thing of popcorn! It was very nice to see so many children and families at the stadium who could see a game all together for only $ 5. Ah, then also here I witnessed the classic marriage proposal on giant screens of the stadium, as when on the Empire State Building a boy declared himself to his girlfriend with a lot of ring and the general applause was triggered. New York is truly magical!

Don't forget to explore too Harlem, where I had the apartment. It is not at all what you think, it is not a dangerous area and here I ate the best pancakes of my stay. Personally, even if many talk about it, I did not go to attend the gospel style mass, i local of the city they advised me against it, too commercial and banal. If you really want some advice, go there in the middle of the week and not on Sunday when they make you do absurd queues. Of Thursday night, for example, you will find really or gospel concerts and not at all commercial. 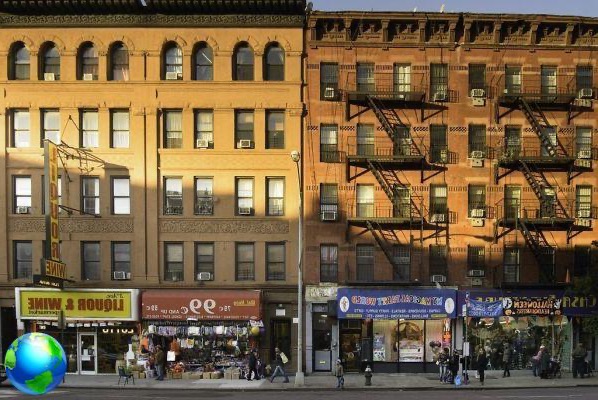 So, what do you think, did you like this mini guide to New York, what can I still learn more about my trip?
You would like to know for example where I ate in Harlem or where did i find the best cookies in town?
Leave me a comment below.