Auckland: what to do and see in New Zealand

What to see in Auckland when you arrive in New Zealand, what to mark on the map to see the most characteristic and low-cost things in the country.

For those planning a trip to New Zealand, no doubt the first stage is Auckland. A non-stop flight has been operating since 1 March 2016 Dubai-Auckland, carried out by the airline Emirates, it is one of the longest scheduled flights in the world (about 17 hours of travel). A journey that is not easy, but I can assure you that being operated by the boing A380, the largest double-decker plane in the world, you will not lack comfort. 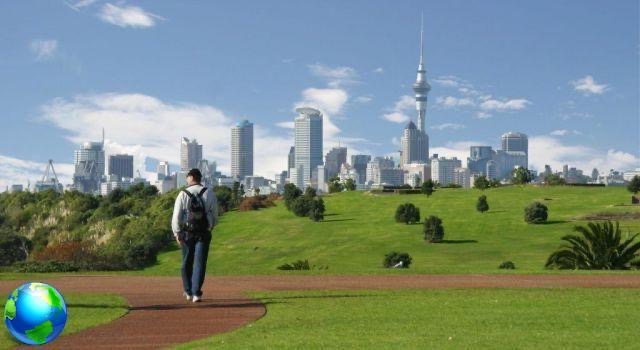 I went to Auckland this and it was one of the stops on my long journey. The city is modern, chaotic and full of skyscrapers between which huge parks with centuries-old trees open up. Its beauty is breathed in every corner thanks to the signs of the Maori culture still alive and very much felt by New Zealanders. 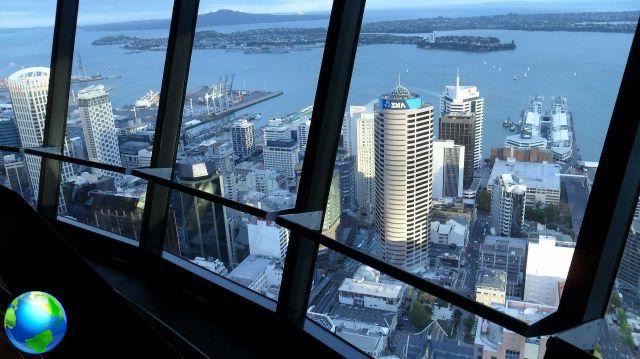 Here's what to see and do in Auckland

Sky tower
It is one of the first things you go to see as soon as you arrive in the city. There Sky Tower in Auckland it is a 328 meters high tower that offers a view over the whole city and inside you can spend a few hours relaxing and enjoying the view from the Sky Lounge, or the bravest can try the SkyWalk, a walk outside the top floor building, or by SkyJump, for those who want to experience the thrill of diving into the void.

Auckland War Memorial Museum
A huge and impressive building surrounded by a park overlooking the coast. This museum is dedicated to Maori culture, the origin of life on earth and war exploits, especially those of the Second World War. In fact, hosted it Spitfire, one of the favorite aircraft of the armies of New Zealand and England. Inside there are also numerous cultural shows dedicated to the Maori populations. 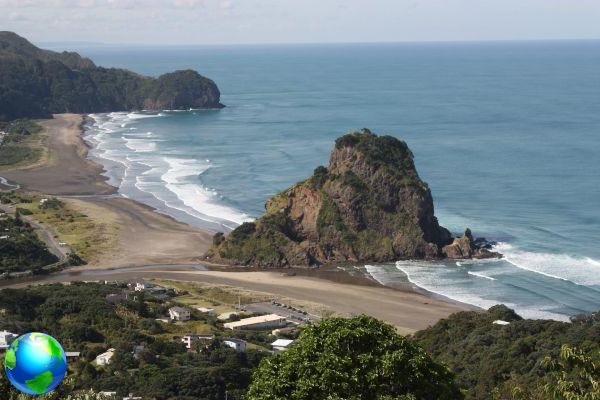 Mount eden
Located about 5 km from the center of Auckland, is the highest point in the city and so called because it is an ancient volcano where the Newmarket district rises. Mount Eden offers the possibility of short walks near the crater and you can enjoy a magnificent view of the skyscrapers of Auckland and the islands of the Hauraki gulf.

Piha Beach
It is one of the best known beaches in Auckland, is a place well known by New Zealand citizens for weekend relaxation and much loved by tourists. The beach can be reached along the beautiful one Waitakere Ranges, which is often frequented by tourists just to admire the road that leads to the beach. 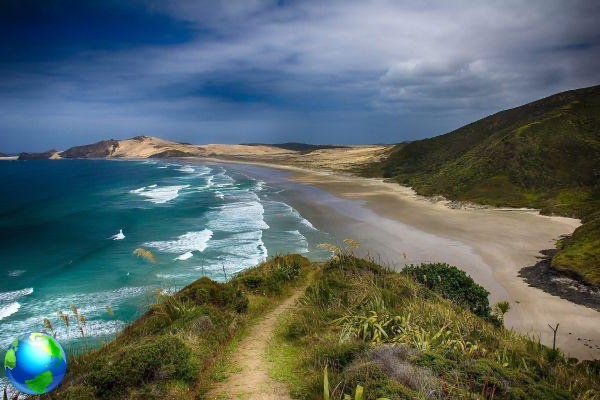 Waiheke Island
THEWaiheke island is an island in the Hauraki Gulf which is about 18km from the city of Auckland and easily accessible thanks to the various transport services, both by sea and by air from the port of Auckland. There are many beaches here and it is in fact a holiday destination for many New Zealanders.

To conclude ad Auckland and around there are many places of naturalistic interest; such as beaches, parks and various naturalistic sites, one of the most beautiful places is the Waiotapu; here you can see pools with sulphurous waters, which have different colors based on the minerals present there. Not being near Auckland it is advisable for those who will stay in New Zealand for a longer period.

Audio Video Auckland: what to do and see in New Zealand
1 day tour to Malaga where to eat gluten free ❯

New Zealand, my recommendations for the beaches

Hobbit motel: the lord of the rings in reality

Aukland, save in a weekend between nature and the city

New Zealand: 10 emotions not to be missed

add a comment of Auckland: what to do and see in New Zealand