Arizona, between the Painted Desert and Indian roads

Arizona is waiting to be discovered with its Painted Desert, the Indian roads of the Apache, the Petrified Forest and Saguaro National Park, the Cactus National Park.

We are inArizona, on the route of the former US 66 (now I-40), where the Painted Desert which consists of a series of hills whose sides are colored by minerals that have deposited in layers in various eras so that this part of the desert takes on colors ranging from yellow to red to white and even blue. 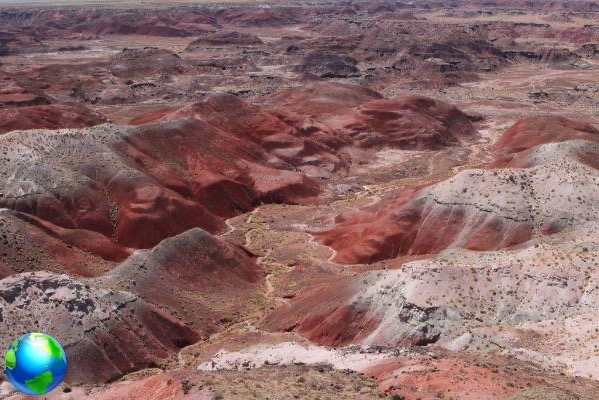 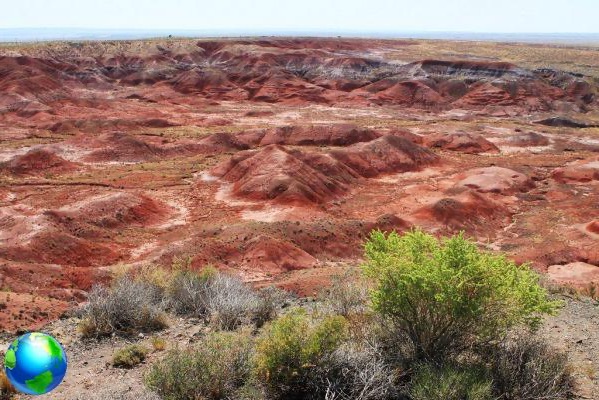 We are about 38 km (21 miles) west of Holbrook and after this short but very interesting overview of the colored hills we enter the Petrified Forest NP where an expanse of tree trunks awaits us transformed into semi-precious stones from alluvial deposits in which the trunks have rotted and with the passing of millennia the mineral salts have replaced the wood, maintaining its shape. 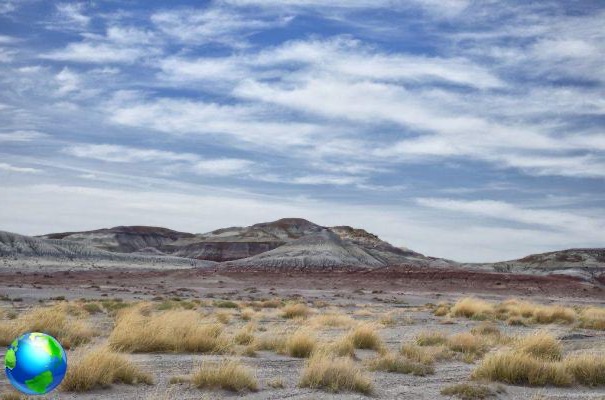 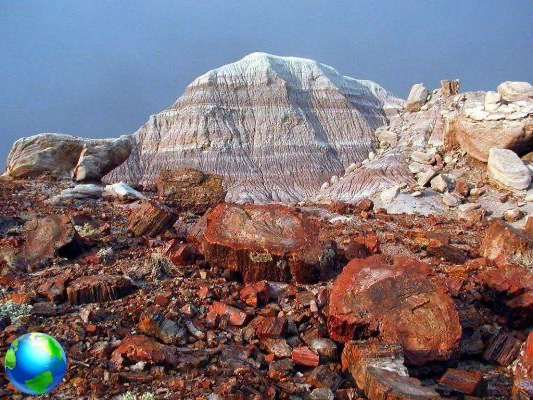 Past the Visitor's Center (show the park pass card) there are different observation points of these expanses of tree trunks that are distinguished by the colors of the minerals that have formed them. It is forbidden to collect pieces of the logs. The visit ends after 35 km (22 miles) on the other side of the park and we find ourselves on 180 which takes us back to Holbrook. 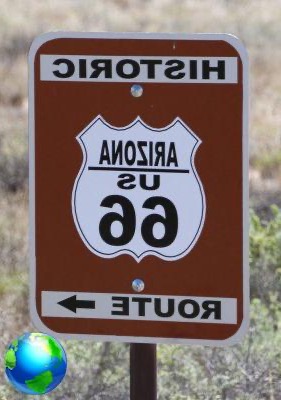 From here starts a path that is recommended only for the most experienced offroad driving, knowing that for many miles you will cover one unpaved road and to a single lane where it could be difficult to maneuver to pass any vehicle that should proceed in the opposite direction. This is theApache Trail, a Indian street which in ancient times was traveled by Apache tribe to move from one part of their territory to another without the knowledge of the white soldiers. Today it is identified as the 377 route which then becomes 277 and then 260 and finally 512 before reaching Young, the only town that is met in all the 320 km (200 miles) needed to reach Phoenix. 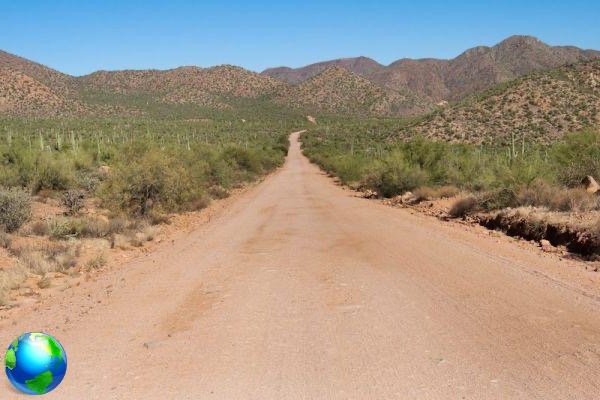 A Young you can find fuel, food and lodging and even a Ranch if you want to sleep in one place typically western reminiscent of the huge herds of cows that were (and still are) moved at the change of season: The cattle drive. If you don't sleep here you need to reach Lake Roosevelt where you can find some other accommodation or finally Phoenix, a big city with every service at the end of the route. Keep in mind that there are no other services along the way. 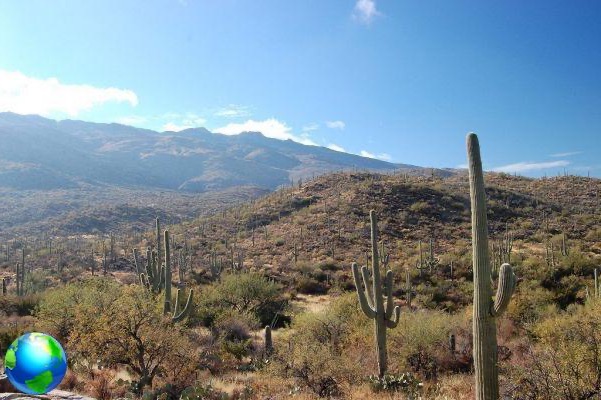 From Phoenix it can be reached Tucson on whose south-eastern outskirts there is the Saguaro National Park which is a santuario of these enormous cactus; you can see thousands of them simply by walking along the “loop” that forms the park. The road is paved and not very long and the park is attached to the city and this excursion does not present any difficulty but the view of these cacti is spectacular, especially if carried out in the late afternoon with the sun approaching sunset which here takes on a red color. orange that contrasts with the intense blue of the sky and with the silhouettes of saguars that create unique atmospheres. 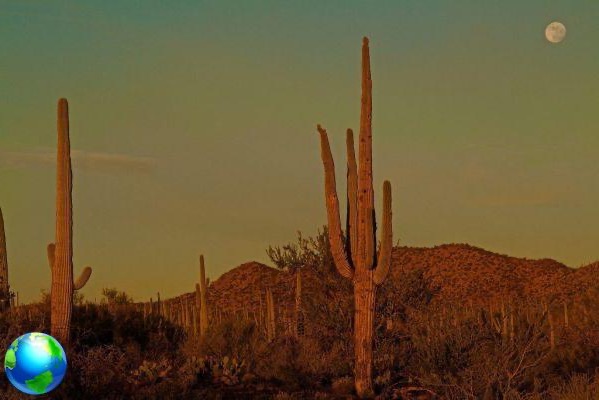 Finally, returning to Tucson you can pass the airport in the vicinity of which, to the east of it, there is a huge one aircraft graveyard and you can see thousands and thousands of aircraft of all types and sizes that are parked here at the end of their use to be disassembled. It is something completely different that you don't get to see every day.

add a comment of Arizona, between the Painted Desert and Indian roads