One of the most beautiful cities in Spain and visiting it is always a pleasure, especially if low cost. Here's where to eat paella in Valencia with 10 €, all tested.

Valencia it is the third largest city in Spain by number of inhabitants after Madrid and Barcelona.

The best-known dish of his cuisine is paella, made up of rice, saffron and olive oil. This delicacy takes its name from the metal container in which it is prepared which in Valencia is precisely called paella.

In Valencia it is easy to eat on a budget, eat typical dishes like la valerian paella, with meat and vegetables or paella mixed, with seafood and meat. Rice is the basic element of Valencian cuisine and besides in paella it is also found in the dish arroz a banda, rice base with fish, or in the arroz negre, rice with squid and cuttlefish rice.

Another typical dish is le caps, prepared with all types of shellfish, but also with cold cuts and the famous jamon iberico, the Spanish ham. 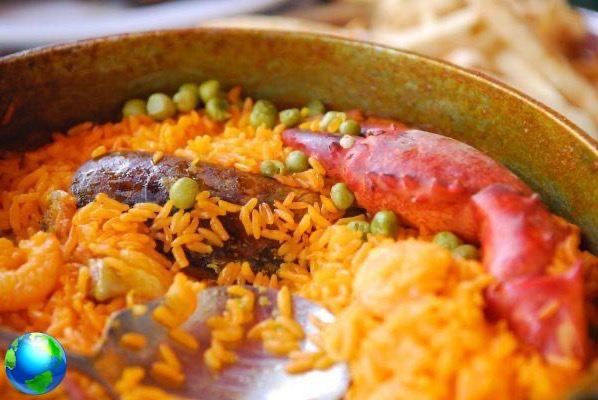 Spain's best-known drink is undoubtedly there sangria made with wine, orange juice, water, lemon and chopped fruit, but also cider and hochata, a drink of water, sugar and chufa, a plant tubercle. Me too'Agua de Valencia which is actually a cocktail made with orange juice, cava (Spanish sparkling wine) and vodka is widely consumed in Spain.

As for the places to eat or have something to eat, in the Historic Center of Valencia to try is Los Toneles, Ribera 17, a good place to go for € 3 tapas, la
its metro stop is Line 3 Xàtiva. 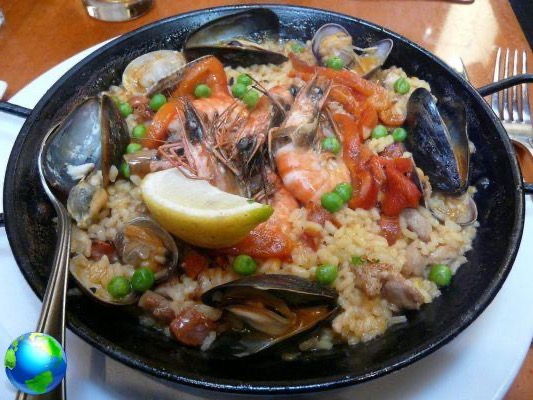 Another place in the historic center where to eat low cost is the Bar Pilar, Moro Zeit, 13. Closed on Wednesdays the other days it is open all day from 9.00 to 1.00 and on weekdays it is also open during the lunch break. The restaurant is frequented by a young clientele during the day and night and has fixed menus that vary from 9 to 12 €.

The Sidreria El Molinon located in Bolseria 40, it is open from 13.00pm to 16.30pm and from 20.00pm to midnight. Expect to spend between 8 and 12 euros to eat, but when you try his cider accompanied by a sour touch of Cabrales cheese, you will understand that it was worth it. 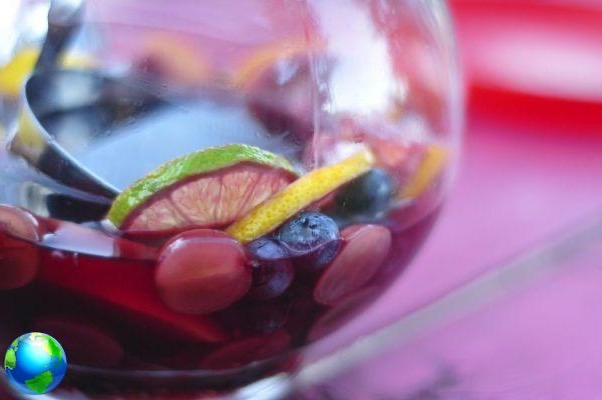 Near the coast, outside the historic center, there are other places that are worth mentioning for eating well and spending little. One of these is definitely El Pescadito, Eugenia Vines, 229. The place is modest and unpretentious, but on the contrary the atmosphere is unique, sunny and contagious. Famous for its seafood and very tasty paella, calculated € 9 for the set menu.

The last place recommended for the coastal area and to spend very little while enjoying an excellent meal in the Valencia area is the Montana house, Josè Benlliure, 69. The atmosphere of this place is truly extraordinary especially for the posters on the walls and on the barrels that celebrate the glories of the old liquor brands. The restaurant is open from 10 to 15 and from 19 to 23, it is closed on Sunday evenings and Mondays and for the fixed menu you can spend about 10 €.

Audio Video Valencia, where to eat with 10 €
Feast of San Martino in Venice, history and tradition on 11 November ❯

add a comment of Valencia, where to eat with 10 €