Cuba, all the practical information before leaving for a trip. Taxis and bargaining, local currency and tourist currency, where to sleep, special houses and hotels, wifi and internet, where to eat and what.

I have to admit it, Cuba it struck me and not a little and if I went back I would stay a few more days to fully enjoy this magnificent country, to see once again its beautiful light and chat with the population. I have been both in Havana and in two cities in the center of Cuba, Santa Clara and Remedios, and I have been able to notice several things, some of which have left me amazed, which I want to tell you in this post. 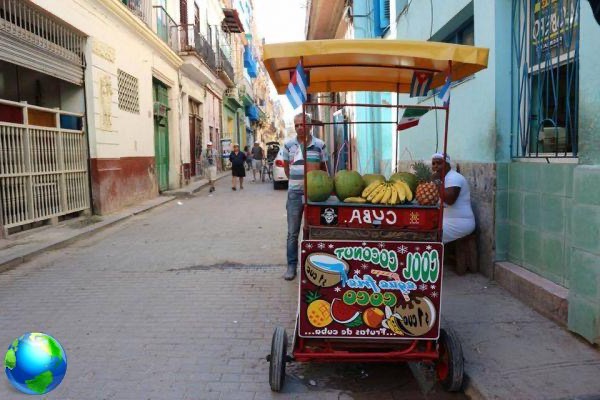 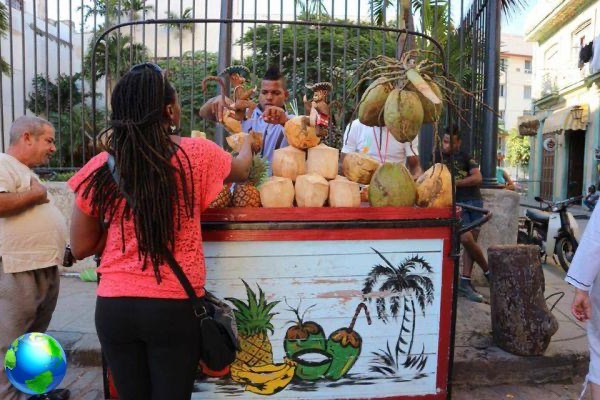 First of all it is good to know that in Cuba there are six hours of difference, six hours less. This means that when you wake up there, it is lunchtime here, indicatively. On the road we used to have breakfast as if we were having lunch, lunch as if we were having dinner and in the end we would go to sleep around 18 pm as it was more or less midnight here. Getting used to the time zone wasn't easy at all. And if you have ten days of travel, if you suffer a little, you will arrive at the end of the trip accustomed to the time in Cuba, just in time to return home.

A very important thing is that the credit cards they are not always accepted, so bring some money, euros, from Italy, but don't exaggerate and change them at the airport, at the hotel if you have one or at some exchange point in Havana. Credit cards are accepted in large hotels and we also paid in euros in a restaurant in Havana. In short, it can be done. 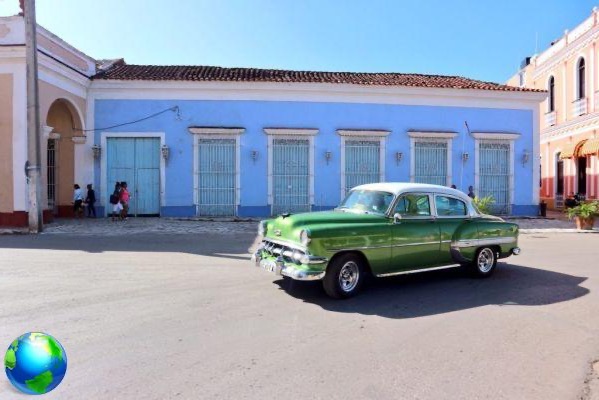 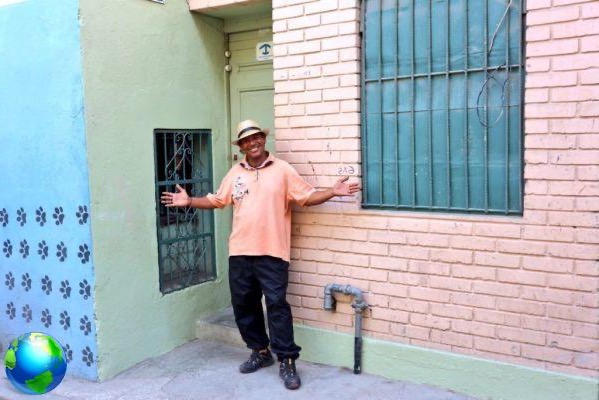 The rule of seeking regular taxis and not abusive, it is valid in Cuba as for any city in the world. Always be careful of those who want to accompany you at bargain prices on non-regular cars, therefore without a taxi sign and always agree on the price before leaving. Obviously there are no taximeters on board, so to understand how much you are going to spend for a trip, always ask for the price and negotiate.


They explained to us in Cuba that the average salary of a Cuban is 40 MN, so for them a 10 CUC ride is a big gain. The change for us Italians it is about 1 to 1, this means that 8 CUC is about 8 €, an honest price for Cuban routes for tourists and I assure you that these are the prices that almost everyone will ask you for any route (more or less) saying that it is very far. On top of that, I think taxis were our biggest expense in Cuba, as they hadn't rented a car and food was very cheap. The advice is to move by taxi, they are really on every corner of the street and understand well the cost of the journey home - center Havana, or your standard route and then start bargaining day after day. 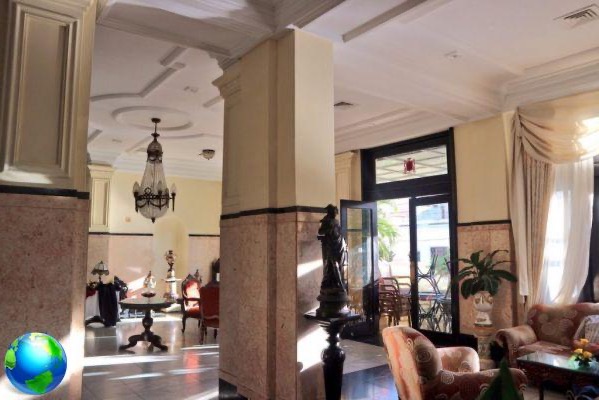 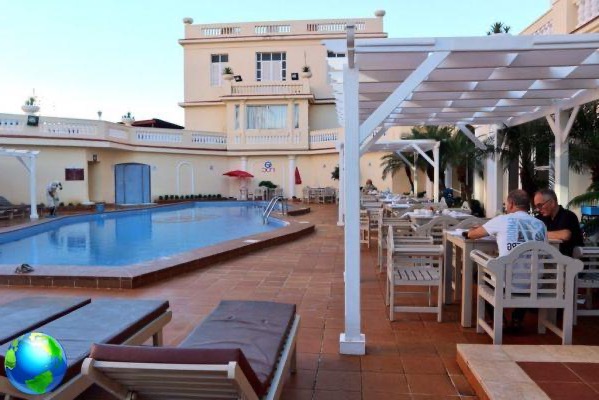 Where to sleep in Cuba

The most popular accommodation in Cuba is undoubtedly the one in the Particular Houses. Unfortunately for a small mistake I was unable to sleep in a particular house and I was very sorry not to be able to do this experience. What I understood however, knowing several Cubans and one in particular in Havana who took us under his wing even if we were his children, is that the particular houses are a real institution, especially in Havana. My advice is to sleep in this type of accommodation for at least one or two nights, but be sure to try a hotel in one of the Cuban Cayos as well.


In Havana I stayed atHotel Presidente, a 4-star hotel in an excellent position, very close to the sea and with a beautiful swimming pool which unfortunately I did not take advantage of. The strong point is the breakfast, very rich and good. Considering the time zone, breakfast time was our lunch time in Italy, so the fact that it was very well stocked was not a detail to be underestimated. Taxis departed from here for Old Havana at 8 CUC each way and the wifi worked both in the lobby and in the room. We highly recommend it.

About our accommodation a Cayo Santa Maria instead, we went toEden Village Santa Maria, in fact. The room was very large and the quality of the hotel generally very high. From here we took the full day excursion to Remedios and Santa Clara, while the other two days in the village we spent relaxing between the sea and the pool. 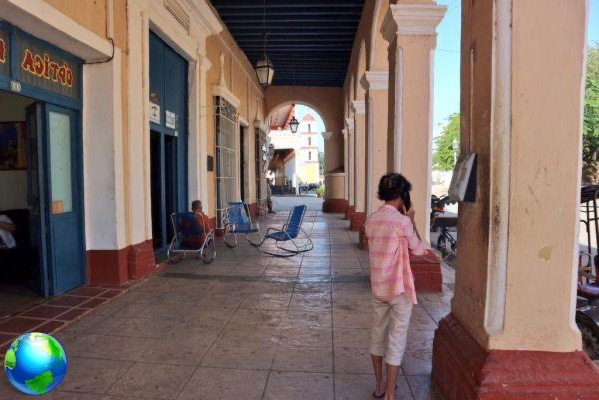 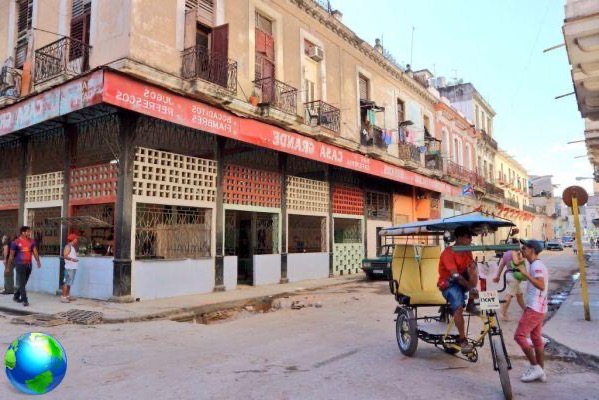 When I left for Cuba I knew that the internet and wifi situation was rather lacking, but I did not imagine up to this point. In Cuba there is practically no internet almost nowhere. In my 10 days of travel I managed to connect about 4/5 times and for no more than an hour at a time. Not even one connection a day. I must say that badly I have not been, on the contrary, I enjoyed doing a bit of digital detox forced, also because ... there was really no other solution.

In Cuba the internet only works in hotels and not always, and in common areas, such as parks or squares, and not in all. Not even at the Havana or Santa Clara airport I found free wifi, always and in any case for a fee. In hotels and I believe also in particular houses, some are offered prepaid coupons that the same Cubans use that serve to connect for an hour, even several times, so like 20 minutes a day for three days in a row - they don't expire. The coupons have a cost of 2 CUC, About € 2, each for a maximum of 60 minutes of connection. With the same ticket you can connect in the hotel lobby, as in the main squares. How to recognize where the wifi is in Cuba? Very simple, you will see everyone with their heads bowed on the smartphone, when you usually see them with their heads raised intent on doing everything but looking at the phone.

I have not inquired for local sims, because it wasn't my intention to stay connected for too long, but I'm sure there are those too…. but do you really want to stay all the time of your trip on social media instead of enjoying Cuba like all Cubans do? 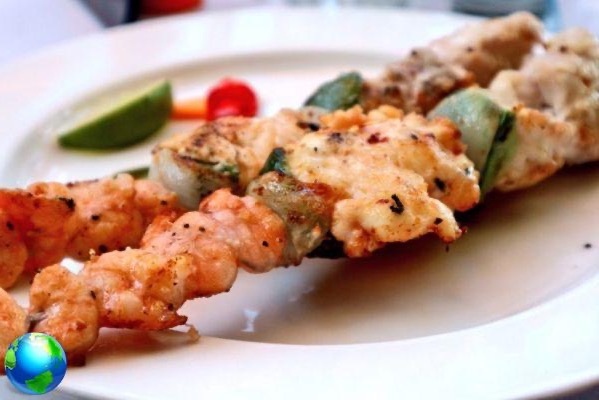 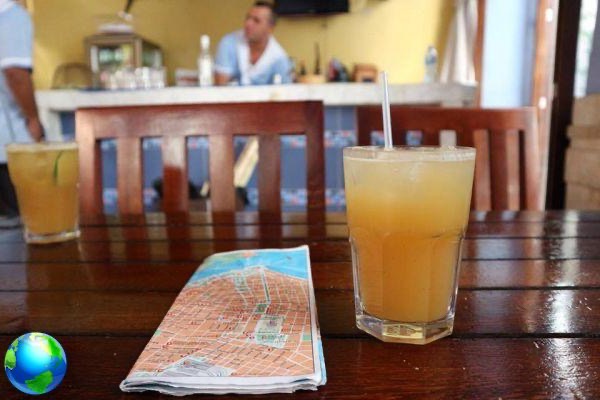 What to eat and what to drink

My belly made hut. In Cuba I tasted some really good local specialties, especially when it comes to drinking. Cuban cuisine is not exactly rich, fruit at will and lots of rice, this certainly never fails from the Cuban table.

At breakfast we eat quietly eggs, toast and butter, fruit (banana, mango, pineapple and papaya) in small pieces or pureed, milk and coffee. Fish at will especially in the sea areas, otherwise fried rice with egg and soy sauce, I happened to eat it very often, black rice with meat, chicken and pork, but also cooked and raw vegetables and dried fruit.

The drinking amazed me. Obviously a good one is unmissable mojito, if you are in Havana I can only recommend the Bodeguita del Medio, but also the pina colada, cuba libre, not made with Coca Cola but with a drink very similar to the American one, but called You Kola. Finally in Havana, but also in other areas of Cuba you can taste one brown sugar drink, very refreshing, both alcoholic and non-alcoholic.

Audio Video Cuba, practical information before leaving
Where to go to the beach in Granada: a weekend in Almuñecar ❯

Where to sleep in Santiago de Cuba: Rose of the Winds

Warm vacation in the most beautiful beaches of Cuba

Trip to Cuba: organized or do it yourself?

add a comment of Cuba, practical information before leaving