5 reasons to go on vacation to Nizhny Novgorod

Five reasons to visit Nizhny Novgorod, the little-known city of Russia, but one that will surely fascinate those visiting the city of West Russia.

Nizhny Novgorod is a very interesting city of Russia west and is the fifth most populous city in the entire country. Yet not everyone knows it.
We therefore find together in this article i 5 more convincing reasons that could make you decide to choose Nizhny Novgorod as your next destination. 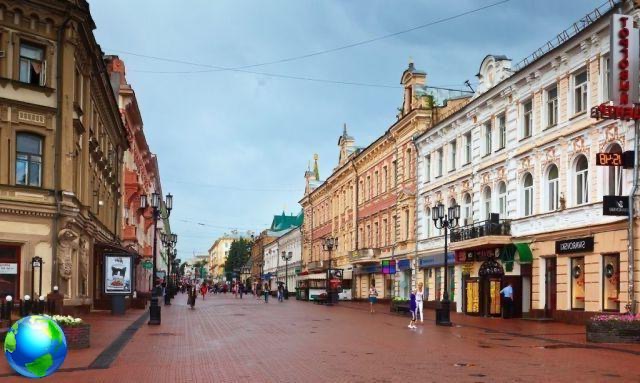 This road is there main Street of the city, equipped with everything that can serve, but above all invaded by details and sought after life size statues that hide among the passers-by remaining almost invisible among the people.
Walking along the course you will have to keep your eyes always vigilant in search of them, having fun finding them sitting on the benches, or hanging from the buildings.
The most famous of these is the goat placed on one side, about halfway through the route that will take you all the way. This particular statue is loved by tourists and has now become one of the symbols of the city, almost obligatorily leading visitors to visit it and take a picture of it. 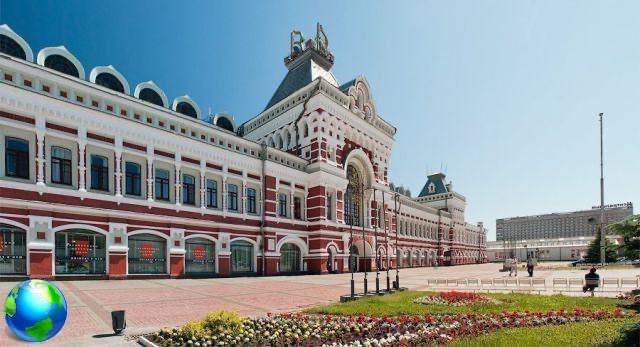 2. Church of the Nativity of the Stroganovs

Continuing to walk to Rozhdestvenskaya Ulitsa you will then come across Church of the Nativity of the Stroganovs, the building considered by the locals to be the most beautiful in the whole city.
More classic example of Russian Baroque, the Church has a vague resemblance to the much more famous and acclaimed Church of the Savior on Spilled Blood in St. Petersburg and has a particular bell tower a bit leaning by many compared to our own Tower of Pisa.
Visiting it is possible only during specific times and inside it hosts some famous icons, including that of San Nicola, better known by us as Santa Claus. 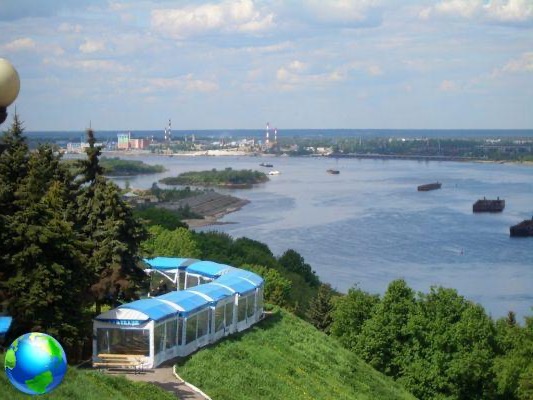 Without ever moving too far from the now famous main street of Nizhny Novgorod, Rozhdestvenskaya Ulitsa, you will find at the beginning of this a very interesting restaurant with a literary theme named Bezukhov Restaurant, in honor of one of the characters from Tolsoj's famous novel, War and peace.
Here the typical Russian cuisine blends with their literature and it will not be strange to find yourself eating seated next to costumed actors intent on proclaiming poems.
Also recommended for non-Russian speakers, the atmosphere is so suggestive that words are superfluous. 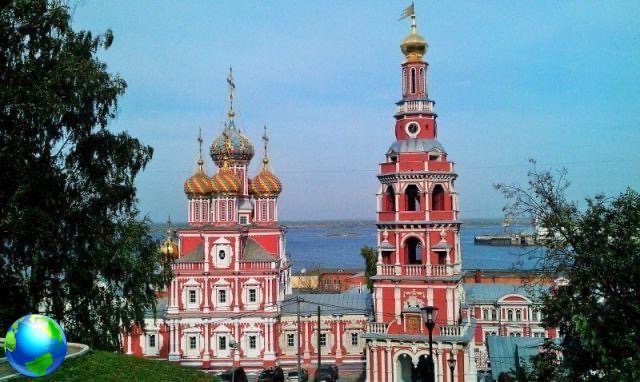 A visit to the City Kremlin, gigantic and corresponding to the central part of the entire city.
Inside it houses many monuments of national importance, including the Cathedral of the Archangel Gabriel and is dotted with well 13 Towers from the names inspired by some historical and biblical characters of the Orthodox culture.
The Kremlin also offers a suggestive panoramic view of Nizhny Novgorod being, as a fortress, very high above the rest. 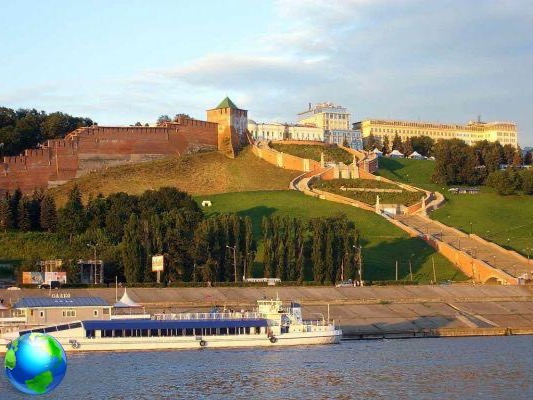 Finally, as an inevitable last point in favor of this city to be discovered, there is the Volga.
The river that flows near Nizhny Novgorod is the longest in European Russia and its bed is the largest in the entire continent.
For this reason, I highly recommend tourists to carve out a day to escape from the city and take refuge in the heart of the forest, following the roar of the water.
What you will find will leave you breathless.
The immensity of the Volga knows how to silence even the most talkative and themild and fairytale atmosphere that the tall trees of the forest create will help make you feel at peace, and away from the hectic world of travel.
If you have time, follow the small wooden piers that will take you a little further into the river and rest there, where the sounds seem more muffled and this bed of water seems to stretch to the horizon, forcing you to work hard to see the opposite shore. 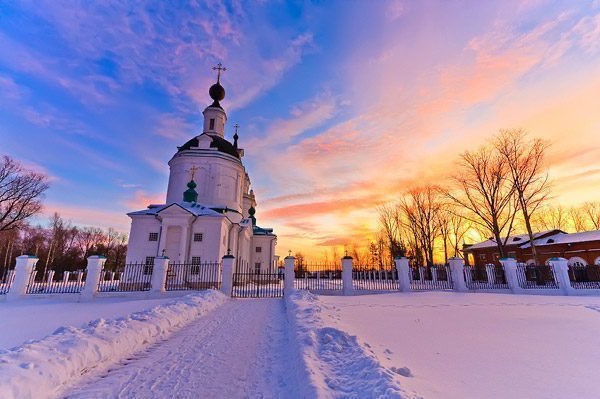 The show that the sunset over the Volga offers is almost indescribable, but the dawn is the most extraordinary thing that this river city can give you.
It is not uncommon, in fact, that in Russia, especially in spring, dawn starts at two in the morning, giving you at the same time an evocative play of lights combined with the amazement of the out of hours event.

Audio Video 5 reasons to go on vacation to Nizhny Novgorod
Villasimius and Costa Rei, the beaches of Sardinia ❯

In St. Petersburg, on the trail of Rastrelli's Azzurro

A low cost day in Moscow

Milan Moscow by train: how to book tickets

From the Baltics to St. Petersburg, low cost tips

Visa for Russia: how to get it (costs, times, etc.)