Tunisia is one of the most fascinating and captivating "lands" in the world and is a treasure trove of art, history, culture and ancient traditions. Here are the most beautiful cities not to be missed. 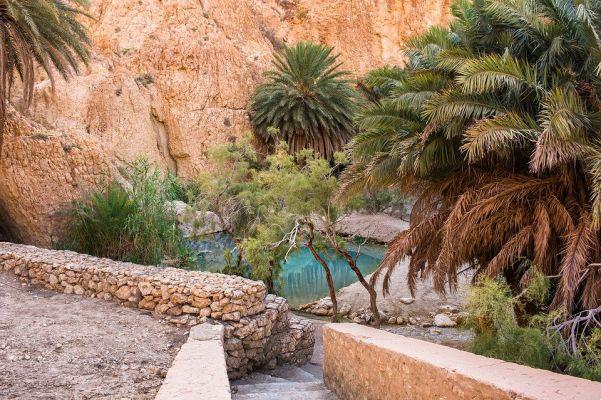 Before talking about my overtime trip to Tunisia I want to give you some general information on this magnificent land.

La tunisia is a North African country that borders the Sahara Desert and with the Mediterranean Sea and it is a magical place to live unique and unrepeatable experiences. 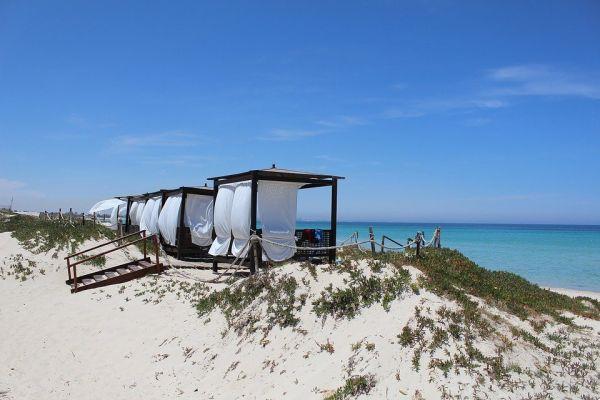 I booked the entire trip from the internet, having no intention of paying agency fees and having been lucky enough to get a last minute.

I leave in early September 2019 from Rome per Monastir. 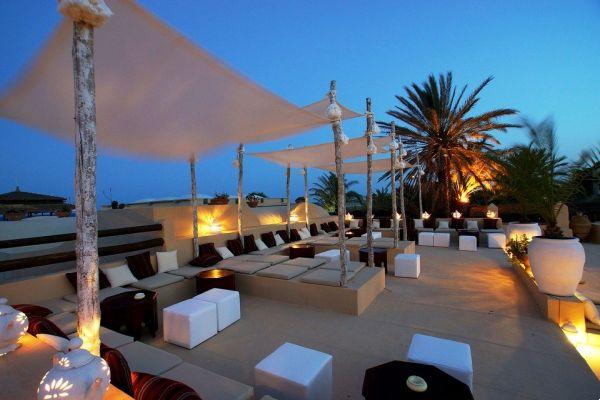 The first city ​​of Tunisia that I had the pleasure of visiting was Monastir; I landed here.

To visit absolutely the Bourghiba Mausoleum, first President of independent Tunisia and "Father of the Fatherland" 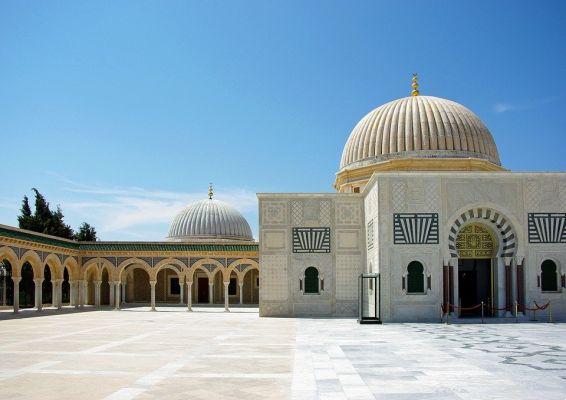 To get to this mausoleum you will cross an avenue that on the sides is practically a cemetery with the graves of citizens, very strange, because they are tiled; yes, you understood correctly, the relatives pave the graves of their loved ones with the very common ceramics that we put in our kitchens and bathrooms.

Don't miss the big one Roman amphitheater of El Jem which was once called the Colosseum as it could accommodate about 35.000 seated spectators; not bad I would say. 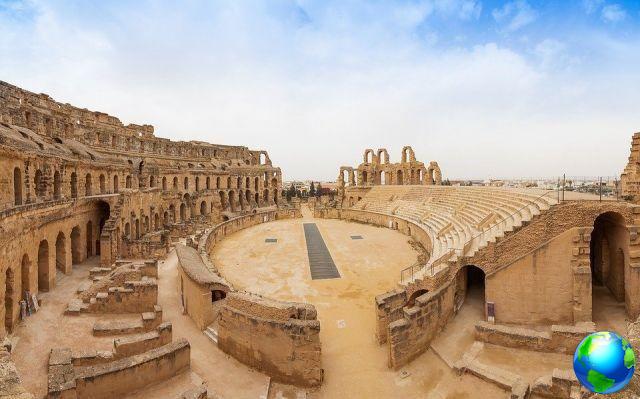 Not bad the Ribat, a kind of fortified Muslim monastery, which has become a museum.

Il sea it's nothing special, beaches full of algae that unfortunately are not taken away unless rarely, dung of horses and camels that are left free to roam, beware of children, because it can be dangerous, we reached Monastir aboard pretty open wagons, pulled by a scooter. 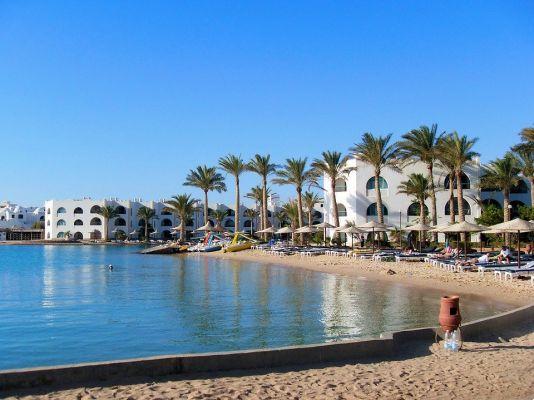 Susa o Sousse is considered "The Pearl of the Sahel" and is a city of a thousand faces also appreciated for the comfort and beauty of its beaches.

This is a town with very well preserved walls and ramparts, the predominant color is ocher that blends with the blue of the sea, many houses have blue painted doors and when they are open you can browse the internal houses .


The old Medina, with its intricate maze of winding streets, colorful markets and fragrant spices, where you will surely be stopped continuously with insistent invitations to visit their shops and if you show curiosity for some object and ask for the price, they will surely never give you up, with negotiations that will exhaust you and to which you will surely surrender first.

All Arab peoples love bargaining for them and it is unthinkable not to discuss prices. 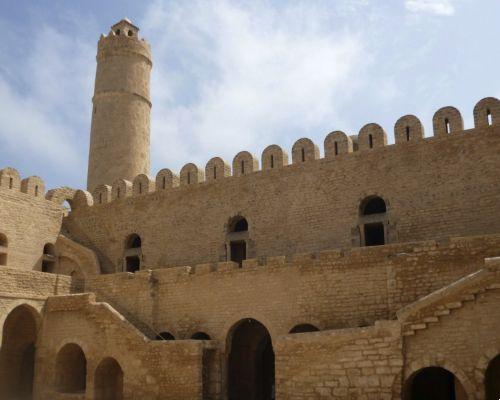 Inside the Medina you can access from an opening in the walls that was caused by the bombs of the last world war and remained so.

Continuing in the Medina you will see another important monument, which has come down to us from the time of the Ottomans is the Zaouia Zakkak, inside there is a mosque and a Koranic school, these cannot be visited, but from the outside you can admire the minaret. 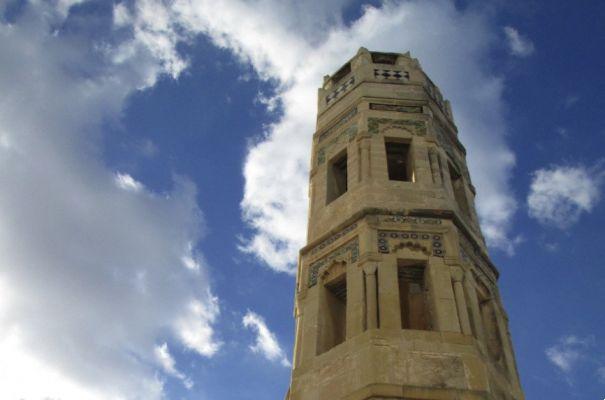 Continuing through the narrow streets and alleys, which intersect and chase each other as if to form an abstract design, you will arrive at the ancient Kasbah.

At this point you will find a square tower called Kalevh, which in ancient times was used for the defense of the city, because being very high it made it possible to spot enemy ships and which today is used as a lighthouse (currently the Archaeological Museum is housed in a wing of the Kasbah). 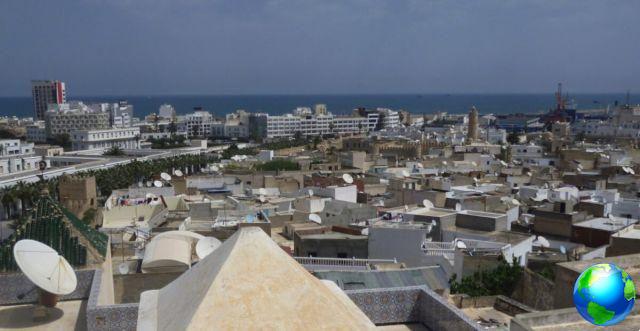 Port El Kantaoui it is very different from the other two cities visited, because a bit like Sharm El Sheik as it arose practically out of nowhere.

Here everything has been built around the harbor which also always hosts beautiful yachts but also the luxury resorts and designer boutiques are really beautiful to see.

A Port El Kantaoui so do not expect antiquities to visit, everything is modern and similar to any other seaside town, here everything is made to measure for the tourist, you will find bar e restaurants, souvenir shops and you will even find an entertainment center where extras will welcome you wearing the costumes of the ancient Romans, you will wonder are you in Rome or Tunisia? 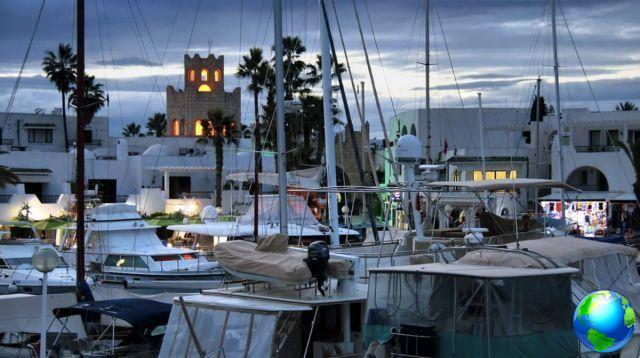 Go to tunisia and not visiting its beautiful capital is a real crime; obviously I went there and in a hurry as well.

Tunis it is a very important city both from a political and historical point of view and it has developed from the ashes of the ancient Carthage.

La Medina is the oldest district of Tunis, it developed around the Al-Zaytuna Mosque starting from 698 AD and is part of the UNESCO World Heritage List.

Al Bardo Museum the terrorist event of 2015 is still linked today but inside it houses the largest collection of Roman mosaics in the world; it's not cheap stuff, on the contrary.

Also a ride for the suk ie traditional markets is a nice experience. 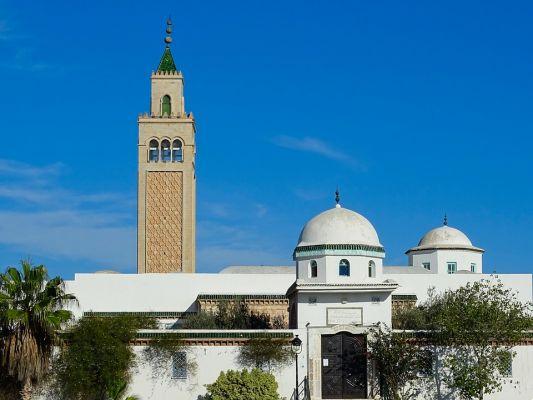 Ad Hammamet I went there to take a refreshing bath, if I may say so, and to be able to walk on its beautiful ones beaches.

I also did a "therapeutic path" in one of the many spa present on the territory; I remind you that the name of the city derives from the term "hammam" or thermal baths.

I also jumped to the Medina which is considered the most beautiful of the tunisia. 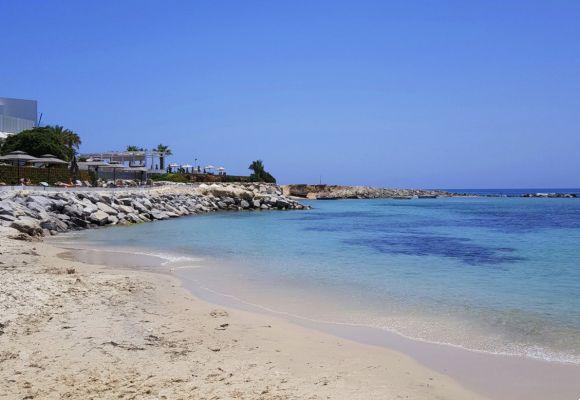 What to eat in Tunisia

Obviously the most famous dish is the meat and fish couscous, the brick (a sweet stuffed with dried fruit and covered with honey), too sweet for my taste the national dish "brik" type panzarotto made of very thin sheet of fried egg with another egg inside that I personally don't like.

One of their liqueurs is a kind of fig brandy, the boukha that I rightly drank at will.

As meats, we eat mainly chicken, lamb and beef.

They can be enjoyed with couscous or grilled. If you decide to have a mixed grill, you will generally have lamb ribs, chicken sausages or spiced turkey (merguez). 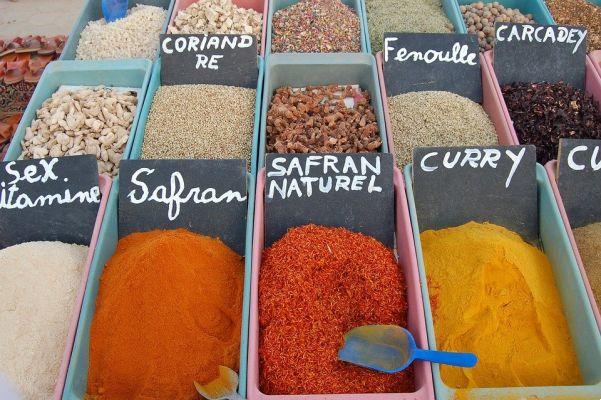 When you visit places, I recommend that you also make a visit to the restaurants as it is a way to fully get to know the customs and traditions, usually in the villages the local dishes are adapted to our palates.

In short, my trip was positive to delve into Islamic culture, but for what concerns the not too exciting seaside holiday, beaches too full of algae and poorly cared for. 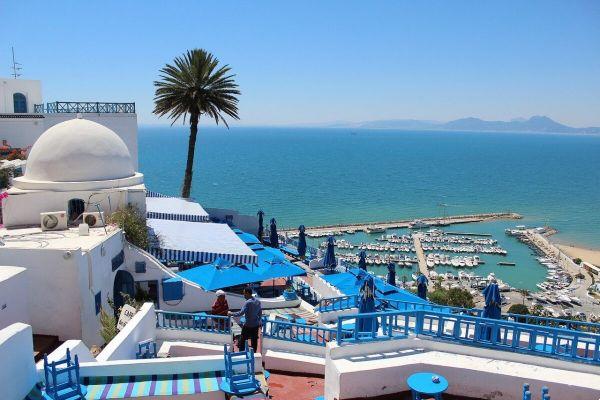 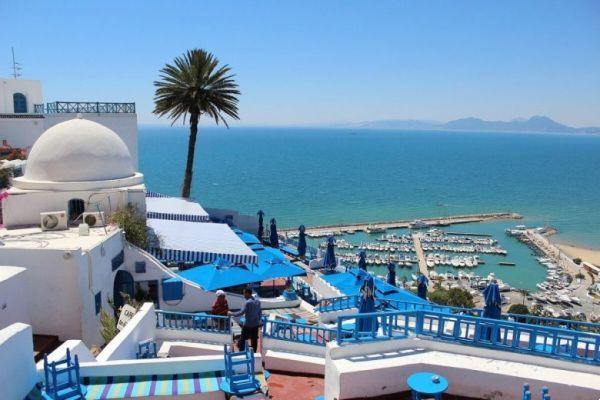 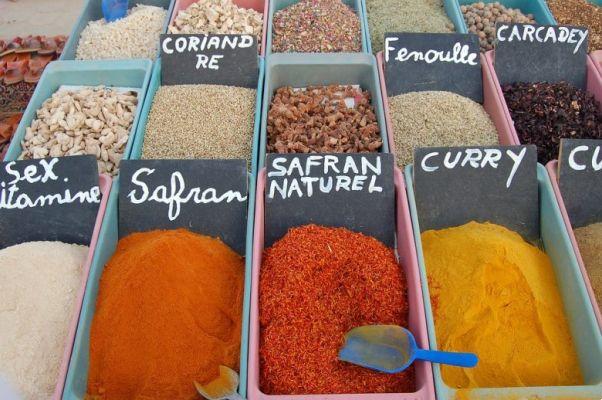 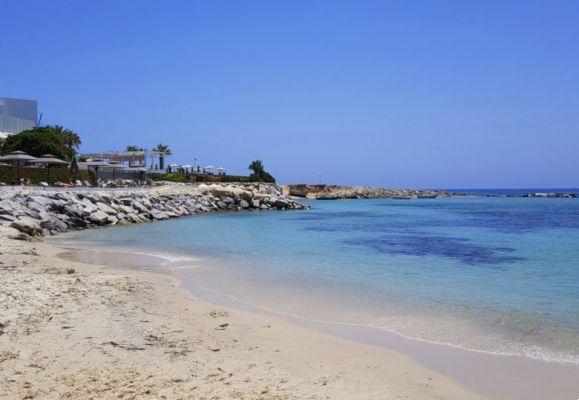 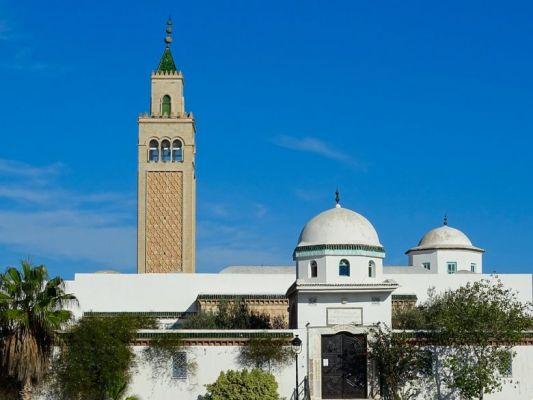 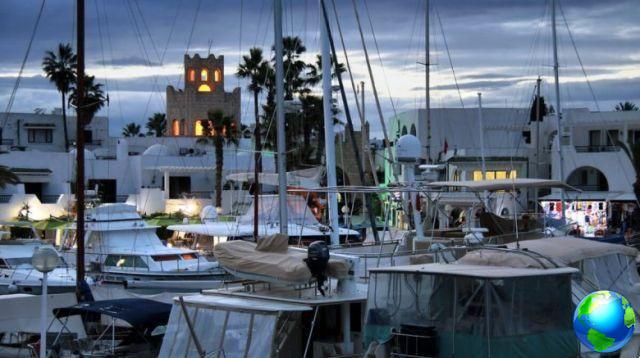 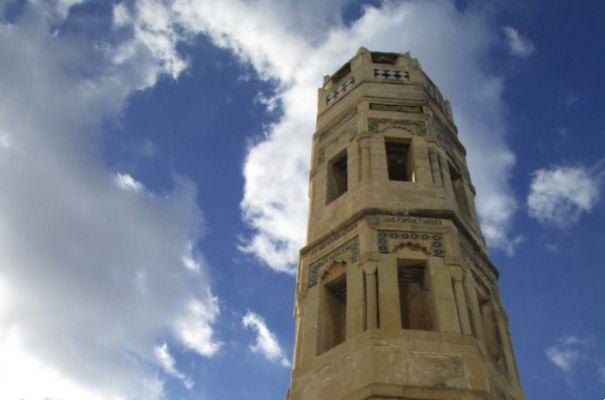 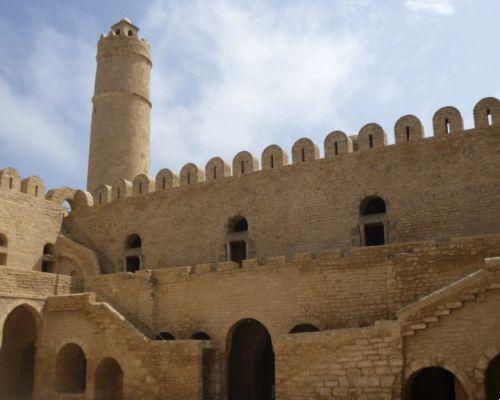 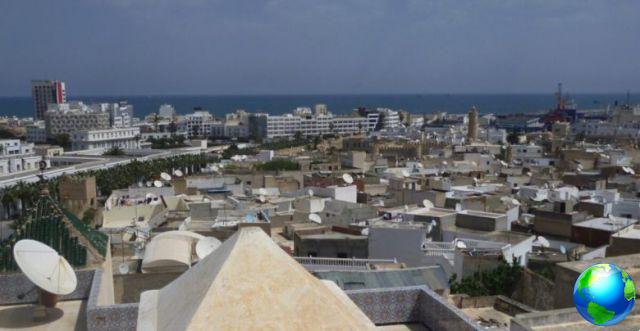 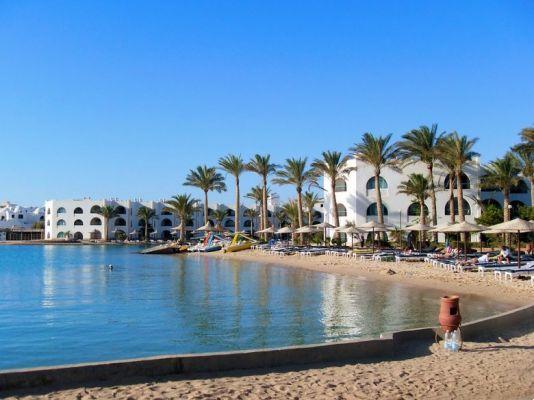 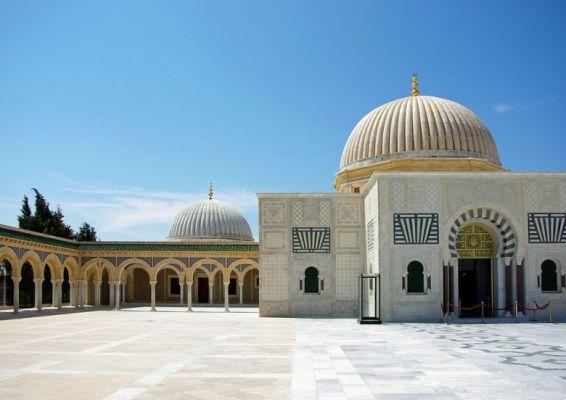 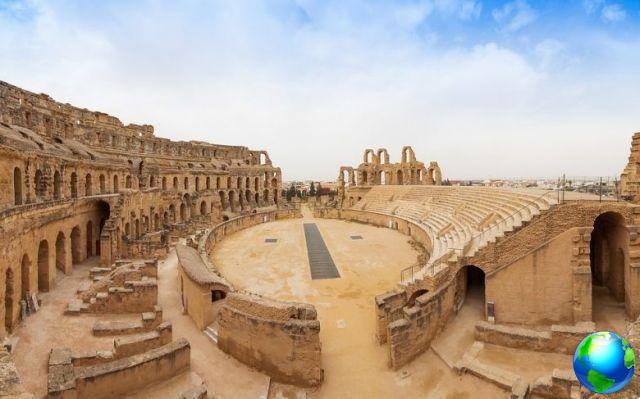 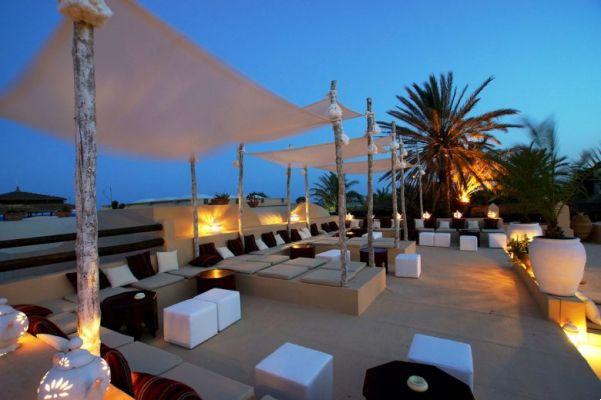 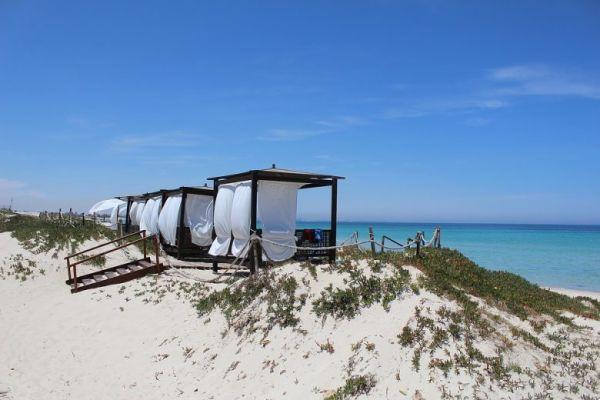 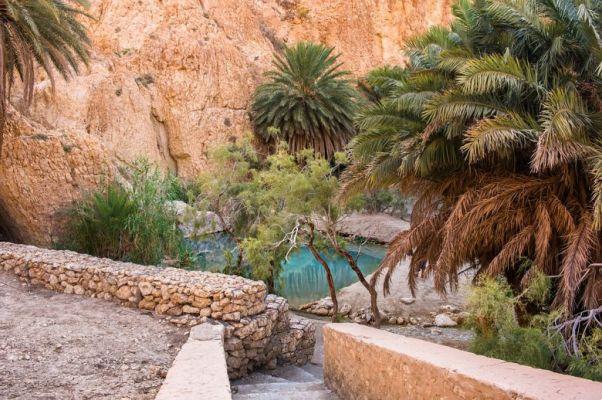 Traveling in the desert, the limits in Tunisia

What to see in Tunisia