Christmas with yours, but Easter and New Year who do you want with (more or less it sounded like that, didn't it?)! New Year's Eve is a good opportunity to visit an unfamiliar (or loved) European capital and celebrate the arrival of the new year with the locals. At this time of the year all European capitals are more beautiful than ever, all festively decorated and illuminated by a thousand colored lights. Each city then has its own traditions and places to wait for the toll of midnight. In this article I propose you 10 European capitals perfect for celebrating the New Year: they range from the classics Vienna o Paris, up to less obvious ones like Reykjavik o Athens.

10 European capitals where to celebrate the New Year

Paris it is the romantic European capital par excellence, and I couldn't help but start with it. The celebrations for New Year's Eve in Paris begin around 22pm on the great avenue of Champs Elysees, with thousands of people preparing to count down in front of theArc de Triomphe illuminated. After the stroke of midnight the party then continues in the clubs and bars in the area. So many people also gather at the Trocadero and in the gardens of Champ-de-Mars to celebrate under the symbol of Paris, the Eiffel Tower, all sparkling for the occasion. For those who do not like being in a crowd and are looking for a more romantic option, I recommend instead of spending New Year's Eve in Paris by taking a boat ride on the Seine with a gourmet dinner attached. I have done it several times and I never get tired!

Book the boat ride on the Seine + gurmet dinner 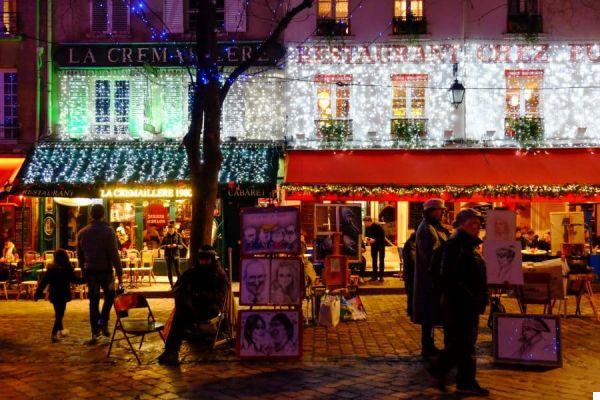 One of the most popular European capitals to spend the New Year è Budapest. The merit of this certainly lies in the (objective) beauty of the city, but above all in the wide choice of events to celebrate New Year's Eve and in its being cheaper than other European capitals. For those who like to spend the New Year in the square, the center of the festivities is Vorosmarty Square, near Vaci Utca, Budapest's most famous pedestrian shopping street. The best view of the midnight fireworks however, you can have it by moving later along the banks of the Danube or, better still, sailing (and dining) on ​​a boat. Budapest is also famous for its spas and some of these, like the beautiful ones Géllert ancient baths (of which I told you here) and those of Széchenyi, they organize parties for New Year's Eve. Celebrate the arrival of the new year immersed in hot water with attached djset (and with the frost outside) .. pas mal du tout!

Buy the entrance ticket for the Gellért Baths online 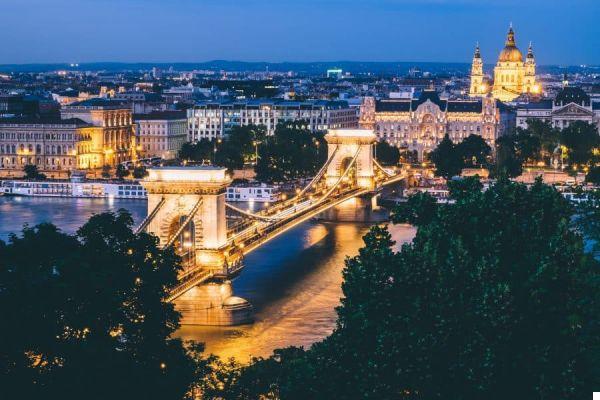 We remain in Eastern Europe for another European capital, one of the most beautiful as far as I am concerned, that is Prague. The capital of the Czech Republic is a super romantic city of great charm and living it during the holidays, perhaps with the snow, makes it even more magical. Here, too, you will have several options; the New Year in the square takes place in the Old Town Square, where everyone is waiting for the famous 12 strokes of midnight Astronomic watch. The fireworks are instead fired from some barges along the Vltava and the fireworks show is really exciting! Also in Prague it is possible to spend the new year sailing and dining on the river, looking at all the main monuments of the city illuminated for the occasion, such as the magnificent castle or the Ponte San Carlo.


Book the boat tour with dinner on the Vltava 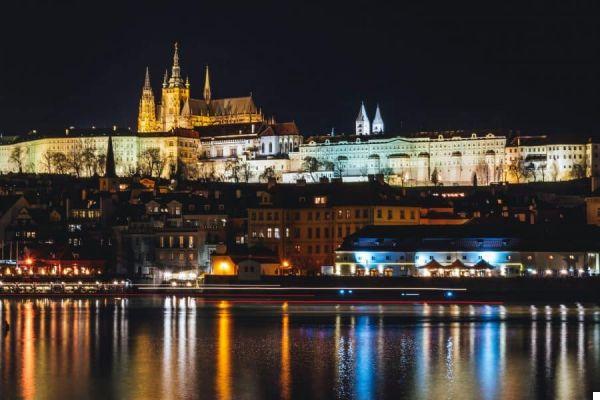 After Prague and Budapest I could not fail to mention Vienna, the imperial city par excellence in Europe. But Vienna is much more than its glorious past, it is also a city projected to the future, with a vibrant city life. From early December the squares of Vienna are filled with Christmas markets (among the most beautiful and famous in Europe) and many streets are decorated with lights. Through these streets, which are located inside the Ring, a kind of path is set up with boxes, stands, etc., to celebrate the Silvesterpfad, New Year's Eve in the Piazza in Vienna. Each stage has its own genre (rock, pop, etc.), but at midnight everyone toasts together in front of the Town Hall (Town hall) dancing the Viennese waltz. Others instead find themselves at Prater, under the Ferris wheel, to admire the fireworks display with fewer crowds. 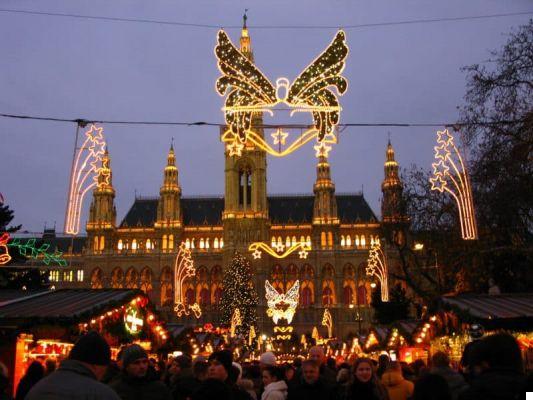 We completely change genre, but we remain within the "classicons" for the most festive European capital of all. London it is in fact full of events to celebrate the New Year: the most famous event is undoubtedly fireworks display that takes place at the London Eye (the big Ferris wheel on the Thames). To access the best areas to see the fireworks you need to buy a ticket (costs around 10 pounds), but you will also be able to see them from other areas of the city such as the Millennium Bridge, Hampstead Heath and other places. The New Year's Eve in the square in London takes place at Trafalgar Square, with the crowd that then disperses to continue the evening in the many clubs of Soho. The 1 January instead there is usually the traditional one parade through central London that part from Piccadilly Circus at midday.


Book your dinner cruise on the Thames with live music 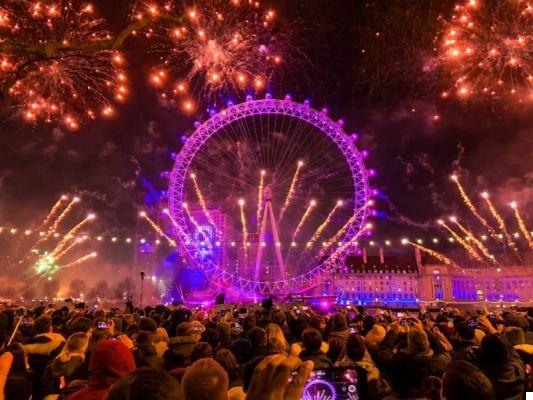 Are you looking for a more particular New Year, in contact with a culture different from the classically European one? The beautiful Turkish capital, Istanbul, can definitely be for you. In recent years it has become common to celebrate the New Year here too, and many events and parties are organized (clubbing here is a serious matter!). The New Year's Eve in the square in Istanbul takes place in the immense Piazza Taksim, but the fireworks (which are fired on the Bosphorus) look much better from the Galata bridge, from the homonymous tower and from Fatih. Another way to celebrate New Year's Eve in Istanbul is to join one cruise or boat party on the Bosphorus. PS few think about it, but in December in Istanbul you could find snow! 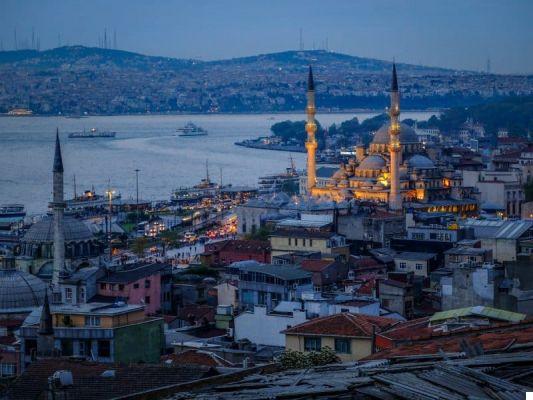 The time has come to talk about the New Year in my European capital of the heart, my beloved Lisbon! Among the various capitals that I propose to you in this article, Lisbon is also one of the mildest; if you catch some sunny days, in the central hours of the day you can also wear short sleeves. Climate aside, Lisbon is a magnificent and super-party city, where you can celebrate the arrival of the new year in a thousand ways and for more than 24 hours. The appointment for the New Year in the square is in Commerce Square, the large square overlooking the river, where there is the classic concert and the fireworks, which start right from here. To actually see them you can go toAlfama, at the Castle or in any case a little higher. But the celebrations are almost everywhere and they go on until very late, in the alleys, in the squares and in the clubs on the riverside (like the Lux, etc.). 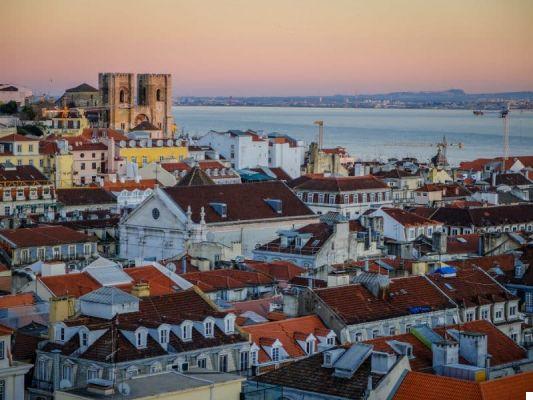 The second European capital to spend a New Year's Eve without blinking from the cold is definitely the capital of Greece, Athens. As Orthodox Christians, the Greeks celebrate Christmas and New Year differently from us (gifts are exchanged on December 31st, for one thing), but now even there are the classic Christmas symbols and some traditions are taking hold. The New Year in the square in Athens we celebrate a piazza Syntagma e a Thissio , but the Greeks you will see them arrive late, because it is traditional to dine at home. After midnight the options are many, you can go to one nightclub in Piraeus, the Gazi or in the former decadent neighborhood of Metaxourgeio, which is full of restaurants and clubs. 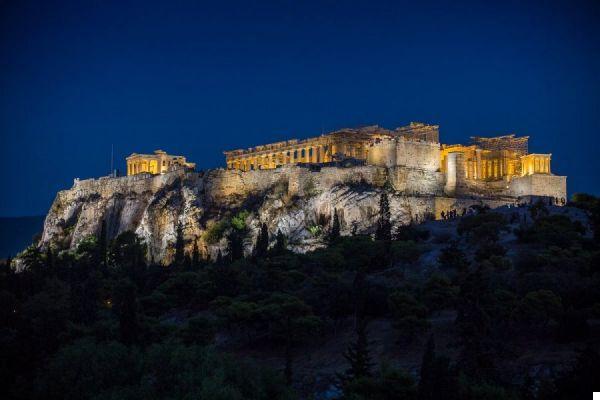 Among the New Years in European capitals, that of a Reykjavik it is certainly more particular than the others, either because of the geographical position of Iceland, or because of local customs. In fact, for New Year's Eve they dine at home early with friends and family, shoot fireworks, before returning home to see a comic television broadcast at 22:30 pm. After that, before midnight they return to the snow-covered streets of the city to do the countdown and shoot more fires, and then go to the clubs and bars until dawn. Recommended places to shoot or watch fireworks are theHallgrímskirkja o il Perlan. The area surrounding the statue of Leifur Eiríksson in front of the church Hallgrímskirkja. Icelanders are surprisingly party people and sociable so fun is guaranteed! 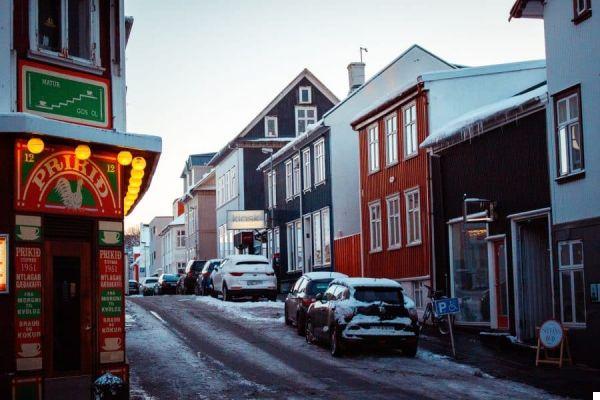 From one capital of northern Europe to another, lovers of the cold and the Nordic mood (I would also add those of beauty!) Can orient themselves on Copenhagen, the vibrant Danish capital. The temperatures in December are cold (below zero), but you will surely find a way to warm up in one of the many clubs, gourmet restaurants and stalls selling the local mulled wine. The New Year officially begins at 18:00, with the Queen's annual speech, then dinner and finally we pour into the streets near the Town hall (the town hall) or in Amalienborg square, in front of the Royal Palace to wait for the stroke of midnight and the fireworks. A symbolic place for the New Year in Copenhagen is also represented by Tivoli Gardens, with the historic funfair. 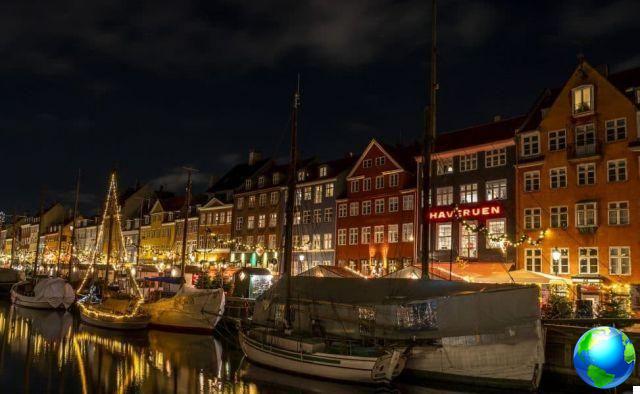 Cappadocia (Turkey): what to see in 3 days ❯

Bla Bla Car and the advantages of Car Sharing

Strange hotels for spectacular holidays in the world

Where to go on holiday in June in Europe: the 6 most beautiful and interesting seaside resorts

Christmas markets in Europe, where and which ones

Cruise trips, how to choose them

add a comment of New Year's Eve in European capitals: where to go?