What to see in Lima (Peru)

I start immediately by saying that Lima I was not particularly impressed, especially if I compare it to other South American capitals such as Buenos Aires, Quito or Santiago del Cile, but, like all places in the world, it is still worth seeing. Together with El Callao, Lima forms what is commonly called the largest megalopolis built in a desert area, surpassing even Cairo by extension!

Lima still retains a strong tradition influenced by colonial Spain, as can be seen from the dialect (which is very similar to Castilian), the cuisine and the architecture of the historic center, declared a World Heritage Site by UNESCO.

Considering that the flights to and from Europe land here, it is worth stopping here for at least 2 days (which can be one outward and one return even eh ..) to see the most interesting places and to try one of the many starred restaurants (which here have more humane prices). 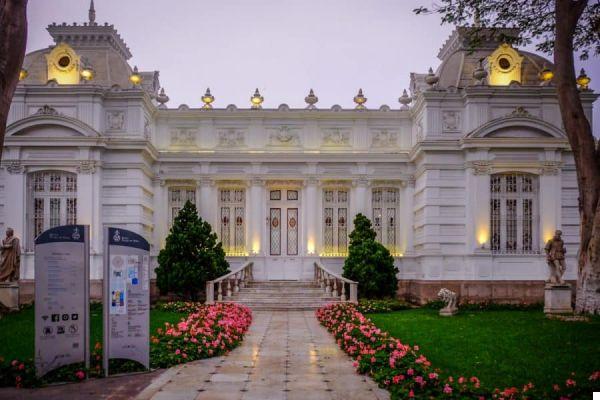 When to go to Lima

Lima has a very particular climate, different from what one would expect judging from its geographical position. There Humbolt current, the cold water coming from Antarctica, laps the coasts of Peru cooling the ocean and the air. The result is that, especially during the austral winter, it is colder than other places located on the same latitude. Lima it is also located in a desert area. It hardly ever rains, but the sky in winter is constantly cloudy, and there is a form of humid mist that the locals call garúa. The temperature in theaustral winter (May to November) it oscillates around 18 - 20 degrees during the day, with minimums not much lower, but the constant presence of clouds and the air saturated with humidity mean that the perceived temperature is much lower. During the austral summer, which runs from December to April, it is much warmer and the chance of catching a beautiful sunny day is higher. Especially from February until the end of March the sun is frequent: it makes its way by sweeping the mist in the hot hours of the day, heating the air up to about 26 - 28 degrees. In general it can be said that this is the best time to visit it.

THEInternational airport of Lima, the Jorge Chávez, is 11 kilometers from the city center, which can be easily reached thanks to the bus line Airport Express Lima. The buses are comfortable and the ticket costs around 13 euros round trip on Miraflores, or 10 euros return on San Isidro. Find more information, prices, and a online booking service on this site (with prices in euros).

If you prefer a smaller means of transport, or if you need more time flexibility, you can book a private transfer by car or minibus up to 14 seats, with prices ranging from 27 euros to 74 euros each way depending on the vehicle chosen.

The city can be reached in about 30-50 minutes, depending on traffic. Once you reach the city center, you can then move with local taxis, which you will have to intercept on the fly or have them booked by the hotels / restaurants. Keep in mind that during rush hours or in areas a little out of the way, finding a taxi becomes extremely complicated, especially a free one. You should download the Uber o Taxi Beat, which allow you to save even 10 to 20% compared to official taxis. Small tip, when you are in taxis in Lima (especially if outside Miraflores or Barranco) do not keep your handbag or backpack in sight on the seat because they steal them which is a pleasure breaking the window. 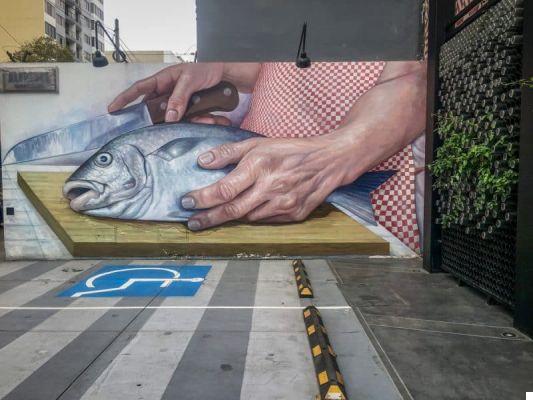 Where to sleep in Lima

The best area to sleep in Lima in my opinion is Miraflores because it is the nicest (and safest, together with Barranco) neighborhood and the one where there are the best restaurants and clubs. However, you will spend most of your time in Lima here and it is close to the most popular beaches (such as Larcomar). 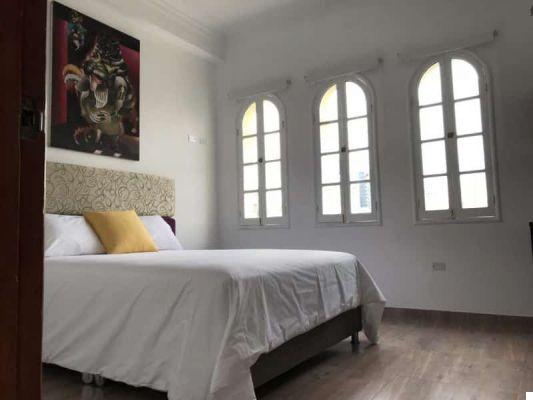 What to see in Lima

Il downtown Lima it is located a little inland from the sea and is "detached" from the districts of Miraflores and Barranco, which are the nicest districts and the ones where you will then spend most of your time. Here are the historical places of the city (which must be seen) and little else. The neighboring neighborhoods are not interesting (and they are also a little dangerous), so I recommend you visit it in the day but not sleep here (see the paragraph on Where to sleep in Lima). 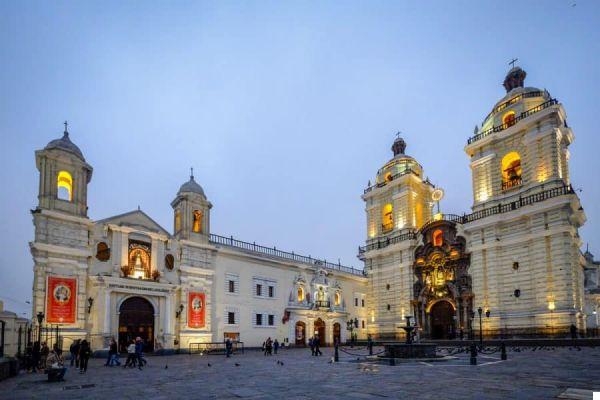 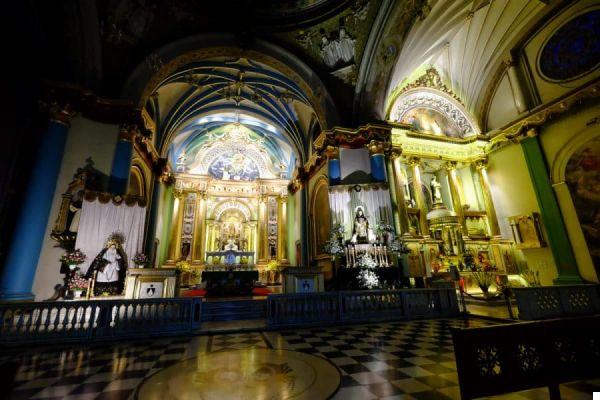 2.Miraflores: the beating heart of Lima

Miraflores it is the pulsating center of Lima, it is a modern area overlooking the Pacific and is full of restaurants, bars and clubs. This is where you will probably spend your evenings in the capital. To see in Miraflores there are: 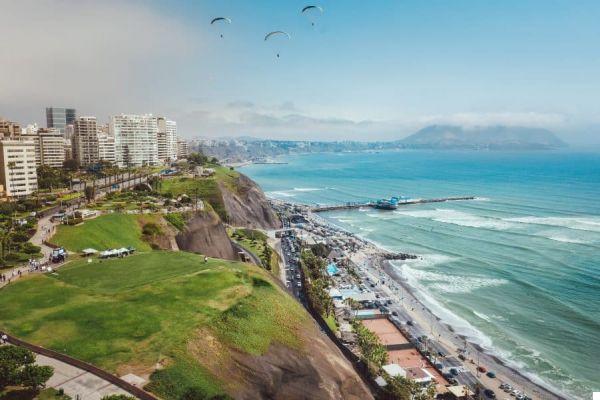 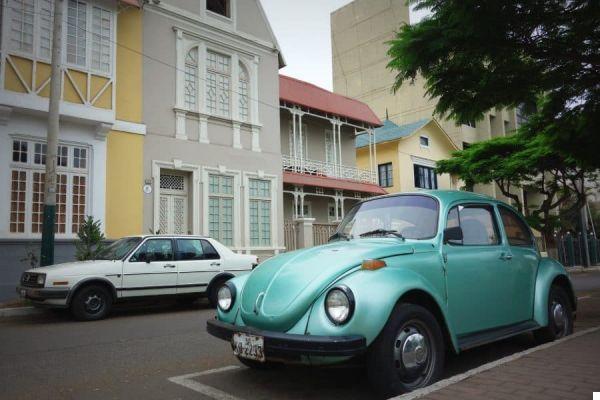 Barranco it borders on Miraflores, is located further south, going down the coast. At the beginning of the twentieth century it was a tiny seaside resort, today it is the hipster neighborhood of Lima and the favorite of Peruvian writers. It is in fact right here that the most spectacular murals of the city are found. Most are found around the Bridge of Sighs. Built entirely of wood in 1876, the bridge is said to fulfill the wishes of those who cross it entirely while holding their breath.

In Baranco there is also the Mario Testino Museum- MATE which pays tribute to the famous Peruvian photographer. In the collection you can see the famous photos of celebrities (including portraits of Diana), as well as some beautiful photos of the Andean populations. 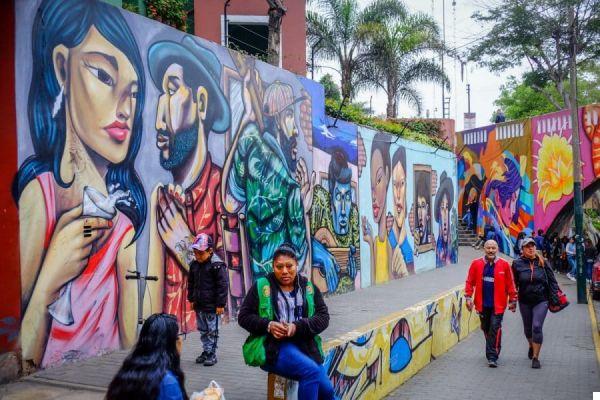 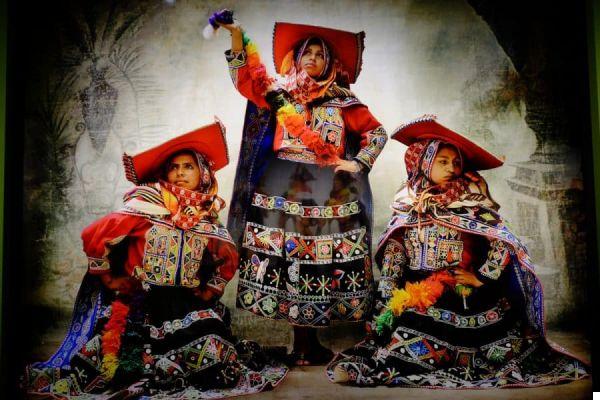 Il Larco Museum it is absolutely not to be missed! It is a little out of the way compared to all the other places, but it is worth going there. It is housed in a beautiful eighteenth-century palace that was the residence of the Spanish viceroys and houses magnificent collections of pre-Columbian art. It is open every day from 9.00 to 22.00 and the entrance costs 35 soles. In the garden there is also a nice bar-restaurant. 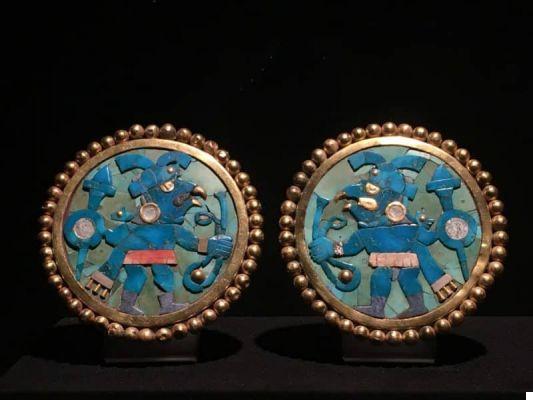 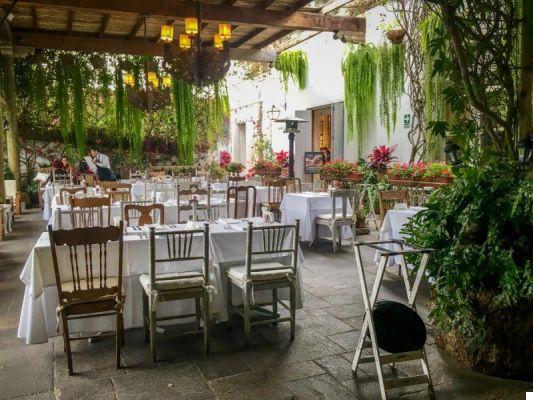 5.Lunch or dinner in a starred restaurant

There is no doubt that Lima is the gourmet capital of South America! The proverbial love of Peruvians for good cuisine and excellent typical gastronomy have given rise to numerous starred restaurants, including the Maido, famous Nikkei restaurant (which is Peruvian-Japanese fusion cuisine), Astrid & Gaston, specialized in reworkings of the typical Peruvian gastronomy, the Central, and many others. These restaurants are very popular, so you'll have to book them 1-2 months in advance. Unlike the Italian tri-starred wines, here a 12-13-course tasting menu has a much more affordable price (around 100-120 euros) .. I think it's worth taking advantage of (I did it of course!). 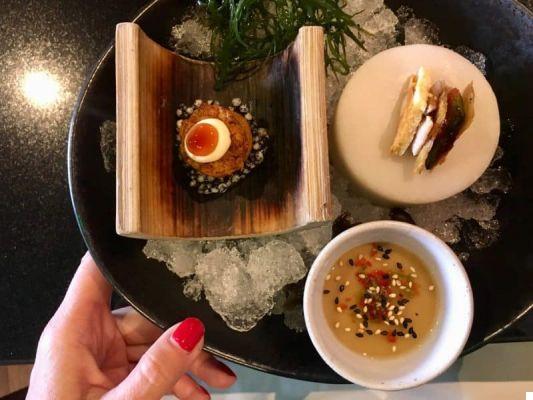 6. Paragliding from the cliffs of Miraflores

Enjoy the view from above with a paragliding flight! The highs cliffs of Miraflores they are the perfect take-off point for views of Lima and the Pacific Ocean, and there are many schools and instructors offering spectacular tandem flights over the city.

Peru may not be famous for its beaches, but it is the South American "mecca" for surfing enthusiasts. Its proverbial waves are known all over the world, the waves are present all year round and there are waves for all tastes, including the infamous Chicama, which stretches for almost 4 kilometers in length. You will find places where they rent boards and surf schools in all the beaches of Miraflores and Barranco. 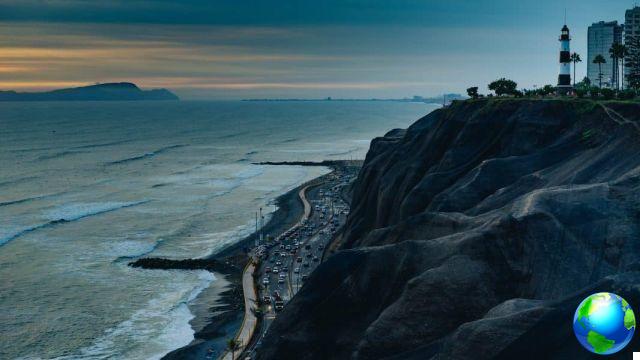 What to see outside Lima: 1 day trips

Have you ever thought about snowboarding on a sand dune? In Peru you can try your hand at this adrenaline-pumping variant of snowboarding, known as sandboarding. The excursion begins with a transfer at 8 am and ends at 15 pm. The guides are very good, they will accompany you in the desert with off-road vehicles and will not resist the temptation to let you try a bit of drifting on the dunes. The excursion costs about 90 euros (2018 price). You can contact the guides directly from the Facebook page, they will get back to you in no time.

Another trip that is worth doing if you have an extra day in Lima is the one to Pantanos de Villa, a spectacular lagoon declared a nature reserve, Pantanos de Villa is home to more than 200 species of birds but also reptiles, fish and amphibians. It is an excursion not to be missed for all nature lovers! 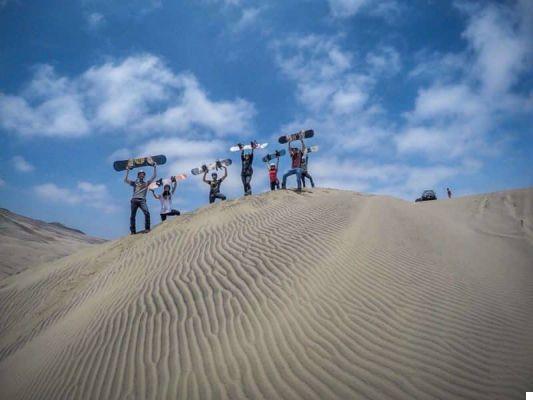 Where to eat in Lima

In Peru our health coverage is not valid. My advice is to always take out medical-luggage insurance that can cover you during the trip. I am very happy with many insurance companies, a site that compares the policies of different companies and proposes the most convenient policy for that particular trip. To do this you will have to enter the data relating to your trip (country, duration, etc.) and they will send you an email with the best proposal that you can then buy directly online. 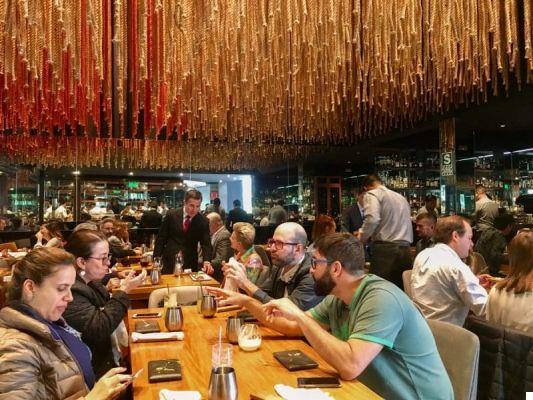 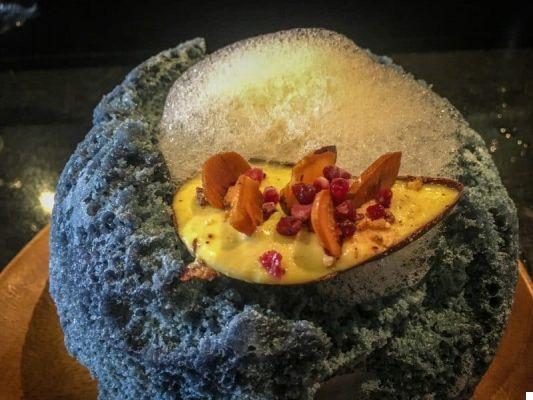 What to see in Ljubljana: 10 places not to be missed ❯

Machu Picchu and Inca Trail (Peru): how to get there, tickets, costs

How to organize a trip to Peru

add a comment of What to see in Lima (Peru)