The 7 most beautiful colorful cities in Europe

Europe is by far the most beautiful continent in the world, it is full of nuances, streets, neighborhoods, cities and small colorful villages to visit once in a lifetime. Here are the most colorful and cheeky cities in Europe.

Most beautiful villages, neighborhoods and colored towns in Europe: what they are

Our dear and beloved Old World it is, in every sense, a true marvel and this is a fact.

From Nord to South and from Est ad Ovest, l'Europe it is dotted with cities, villages, small villages or maybe even very particular neighborhoods with bright colors that, let's face it, the whole world envies us.

Le most beautiful colorful cities in Europe, as well as being real attractions, they are beautiful to photograph, to visit and to experience at 360 °.

Ready to take selfies or author photographs? Let's find out together what the most beautiful colorful cities in Europe:

We are on Stadsholmen Island in the heart of the beautiful Old Town Capital of Sweden.

In the quaint neighborhood of Gamla Stan it is located Big Square, the oldest square in Stockholm where colorful palaces and historic buildings and the famous overlook Nobel Prize Museum where materials on the Nobel Prizes and their winners are exhibited.

Colmar is a village of medieval origins located in the heart of Alsace in France and is absolutely one of the most beautiful colorful cities in Europe.

Also known as the “Petite Venise”, Little Venice, the town of Colmar has suggestive colored houses made mostly with half-timbered walls that overlook the canals and in the beautiful and characteristic Old Town. 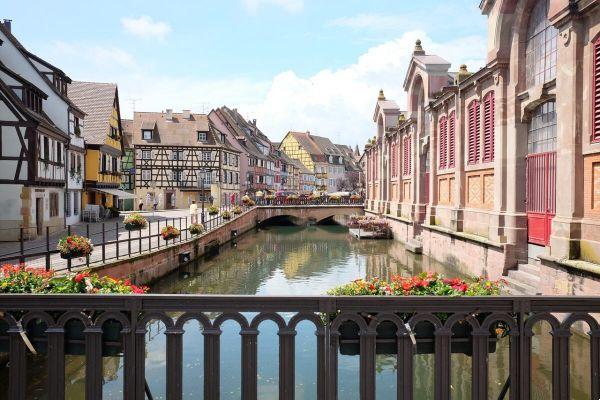 Copenhagen, the wonderful Capital of Denmark, home to one of the most colorful, elegant and famous neighborhoods in the world, Nyhavn.

Il Nyhavn neighborhood of Copenhagen, in Italian Porto Nuovo even if it is the area of ​​Porto Vecchio, it is ideal for a "technicolor holiday", it is chic and binding, it is dotted with trendy clubs and restaurants and beautiful colored houses overlook the canal. 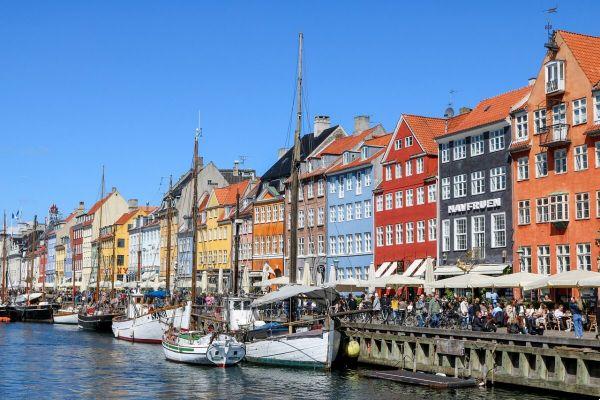 Although in Spain there are numerous cities and colorful villages such as Vernazza in the famous Cinque Terre and corricella on the island of Procida, one of the most characteristic of all is theBurano Island.

Located in the Venice lagoon, the wonderful Burano Island has characteristic neighborhoods dotted with colorful houses that have been built on tiny islets connected to each other thanks to small bridges. 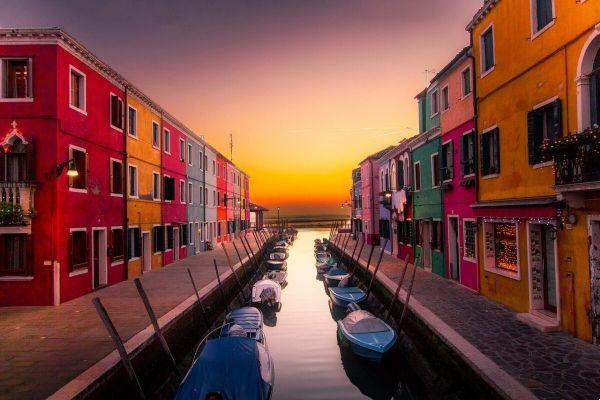 Porto Santo Stefano where to eat well and spend little

Riverside is the most beautiful and colorful district of the beautiful city of Porto in Portugal and overlooks the Douro River.

Of Roman and medieval origins, the Ribeira district is part of the UNESCO World Heritage List and the fascinating colored houses gradually rise towards the center of the city of Porto.


To better admire so much particularity and beauty we recommend the Ponte Dom Luis I which was made of metal thanks to a project of a collaborator of the great engineer Gustave Eiffel.

The beautiful Capital of Iceland is considered one of the Most colorful cities in Europe, actually it is and it is also an excellent "point" to admire the wonderful Northern Lights.

Reykjavik it presents itself with houses with dark roofs and colorful facades and if there is snow the show is even more beautiful.

An advice? Take advantage of the wonderful outdoor geothermal pools where you can swim all year round and at affordable prices.

Even if London is not a very colorful city, especially in relation to the ones we have just talked about, there is a neighborhood that deserves some glory and it is Notting Hill.

Il Notting Hill neighborhoodBesides being beautiful and elegant, it was made famous by the film starring Julia Roberts and Hugh Grant and strolling among the Victorian-style coloring houses and vintage shops, trust me, is a privilege.

Most beautiful colorful cities in Europe pictures and photos 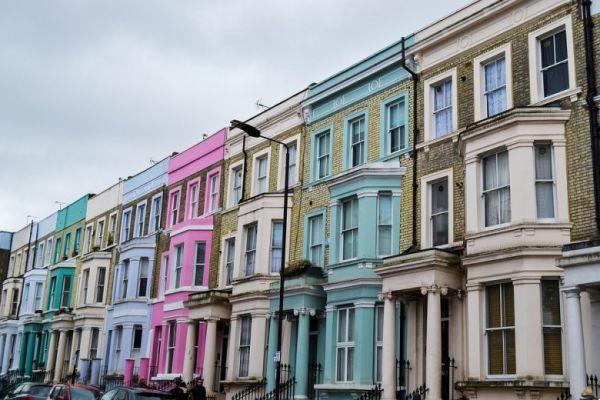 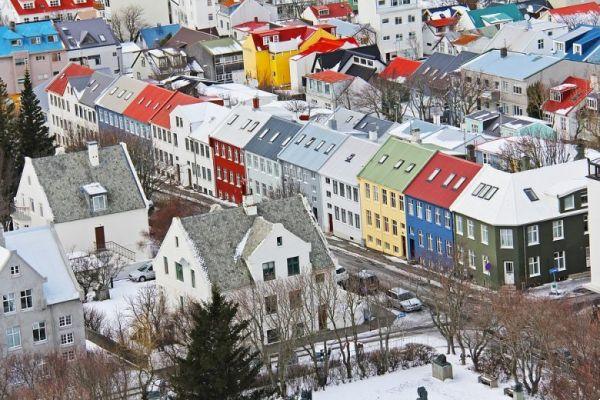 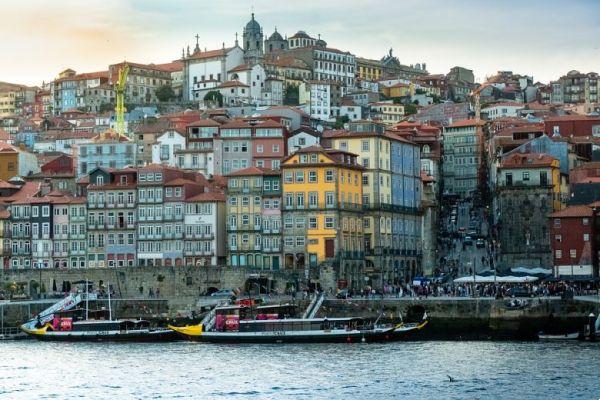 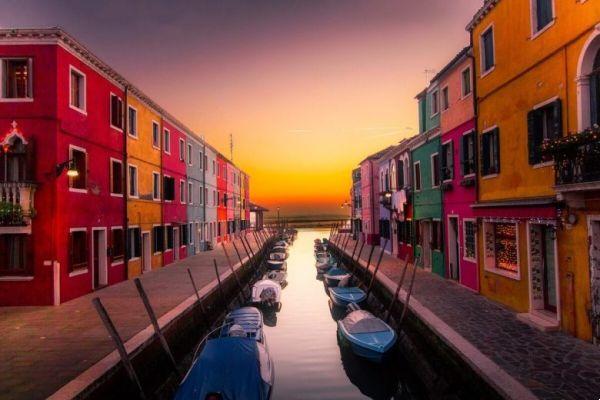 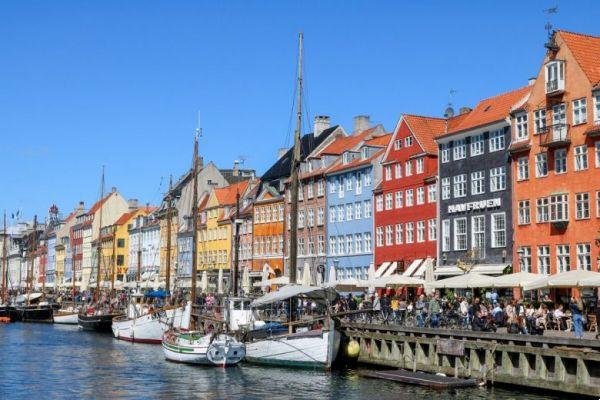 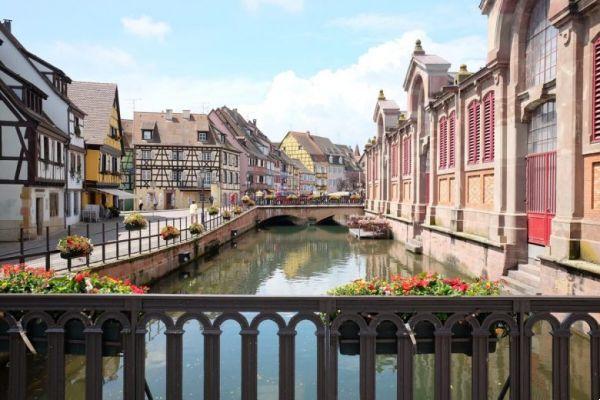 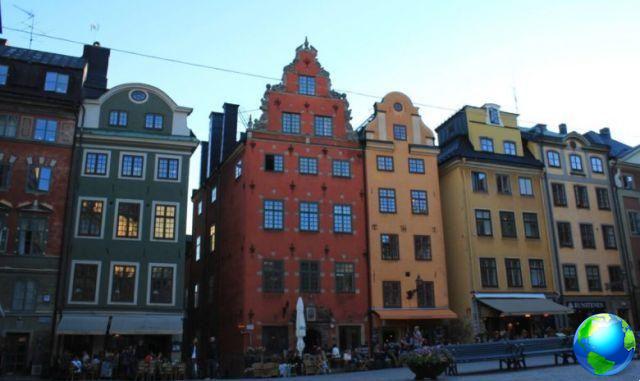 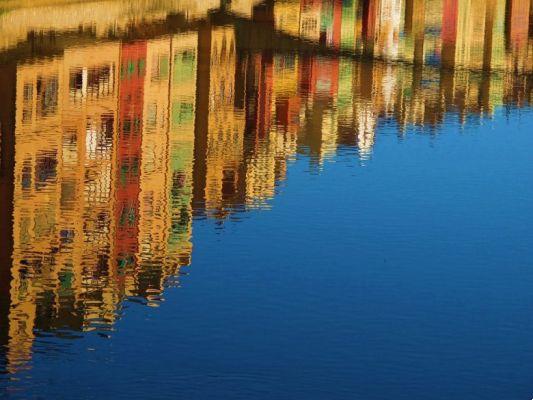 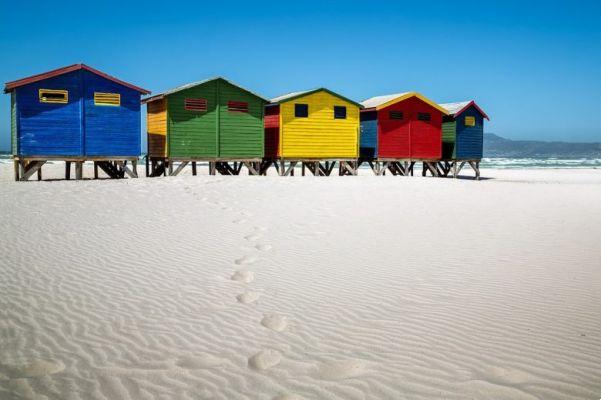 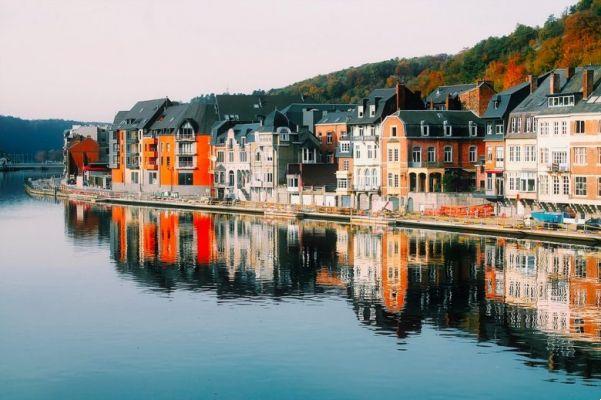 How to get around Europe by low cost train: Inter Rail