South Africa on the road, mini guide for 10 days


Mini guide for the road trip in South Africa, 10 or 12 days of travel starting from Italy, what to see from Cape Town, here are the travel tips for those who want to venture to discover this beautiful land by traveling in complete autonomy.

Il South Africa is a destination that is increasingly chosen by do-it-yourself tourists for a number of reasons: it is only an hour away from Italy, it is a cheaper destination than many other international but also European destinations, it is a land rich in nature, cultural discoveries and environmental riches.

A mini guide on South Africa it therefore seemed necessary to me, also given the emails I receive every week about this place. How to get there, what to eat, how to rent a car and where did you sleep? There are many requests and always little time to answer in an exhaustive way, that's the reason for this post that I hope will satisfy many. 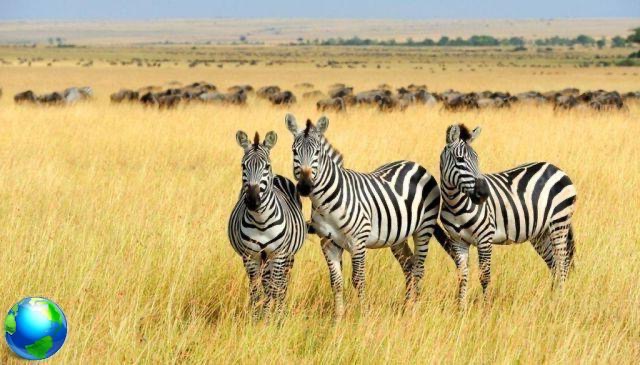 How to get to South Africa

Obviously by plane, it doesn't even have to be specified! We flew with the British company British Airways, departing from Bologna and making a stopover in London for a few hours. The flight went very well, the company recommended it, and the total price of the ticket did not exceed 1200 € for three people in a high season for South Africa (specifically November). As I said above, in South Africa there is only one hour of time difference and this facilitates communication, the fact that there is no jet lag and therefore also the day / night balance, very important for children or those who generally suffer from it. 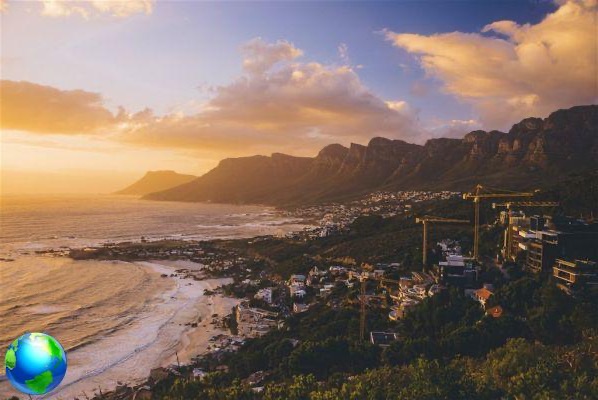 What to see in South Africa

South Africa is immense, it is unthinkable to see South Africa in just 10 days, and that's why my advice and my travel itinerary includes only the Western South Africa, therefore without Johannesburg and without safaris in the areas further away from Cape Town (to understand). The itinerary touches the Garden Route, but not only. The cities where I recommend sleeping or stopping, also based on your travel times are: Cape Town, Cape Point Muizeberg beach with its colorful houses, the penguin beach of Boulders beach, Hermanus, Mossel Bay, Swellendam and Cape Angulhas where the meeting between the two Oceans is found and finally Stellenbosch la wine area most important of South Africa.


The Western Cape is certainly full of cities to see and activities to do. If you are traveling with your family, the list of things gets longer. The same Cape Town it is an incredible city, very lively, increasingly avant-garde. While the city center isn't all that noteworthy, in my opinion, the beaches are amazing. The most famous and also the most panoramic is without a doubt Camps Bay. The beach is full of restaurants on the main road, but also supermarkets. You can stay here all day too, there is always something to do. Access to the sea is not allowed, but the view is incredible and the beach is the most beautiful in Cape Town, also according to the villas that have been built right above the bay. 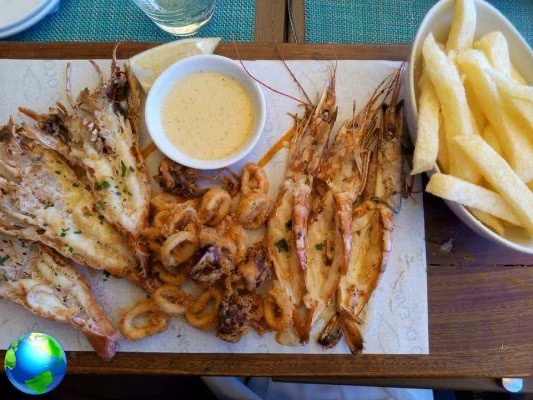 What to eat in South Africa

In South Africa everyone is barbecuing. If you decide to rent an apartment for the nights you stay in a given destination or city, you may notice that the stove is not used much, but you prefer the microwave or toaster over the rest. In South Africa we cook with the barbecue, we eat fresh products, lots of vegetables and seasonal fruit. In some areas of South Africa, such as Swellendam, it is even possible reap the rewards and eating them after paying for them by weight, is the case of blackberries.

Meat, vegetables and grilled fish and to my astonishment also many vegetarian dishes or children's menus in restaurants. In larger cities, such as Cape Town, the restaurants are very varied. There is not only local cuisine but also Greek or Italian restaurants, as in most of the world's capitals. The more you get out of the big cities, the more you find yourself in contact with the local culture and discover incredible dishes. 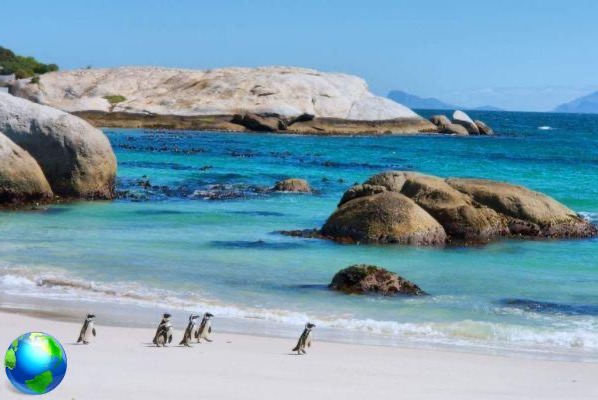 Where to sleep in South Africa

Personally, I almost always recommend the apartments and Airbnb specifically. In the 12 days of traveling in South Africa, most of the nights we spent in apartments made available by local people and had a great time. For Cape Town the choice is very wide, from the smallest hotels, including bed and breakfasts with one or two bedrooms, to larger 3 or 4 star hotels with excellent services. Prices are quite low in South Africa for hotels and apartments, only in Cape Town you can find quite expensive nights (almost of the European average), but there is also more choice. In the centers outside Cape Town, however, the choice is reduced, which is why I recommend Airbnb, also to meet local people and get suggestions for restaurants or places that are worth visiting.

Renting a car in South Africa is not particularly difficult, quite the opposite. The only things you need to be aware of when deciding to rent a car in South Africa is the drive left. It takes a while to get used to, but it's not that hard. Another quite difficult thing is getting used to South African roads very quickly. Cape Town aside, the rest of South Africa has very long roads, with very similar landscapes, few curves e roads sometimes devoid of signs. The beauty of South African roads is unquestionable and I think it's really worth taking a rental car and driving yourself to decide when to stop or when to go straight back, but you also need to know that you must drive carefully and keep a slow pace.

One thing that struck me a lot is that in South Africa hitchhiking is allowed on several roads, but not all of them generally hitchhiking is not allowed in the main ones and it is possible to notice it by special signs. Recognizing the people who hitchhike is simple, they all have money in their hands, which is the way of saying they are going to pay you. Obviously these are not staggering sums and often being a practice not allowed, it is not convenient to stop and load the hitchhikers. Another thing to know, South Africa being two-lane roads for the most part, is that when there is traffic and someone behind you wants to overtake you, it's good practice stand at the side of the road and let the car behind you pass. The car will thank you by activating the four arrows once you have overtaken.

My South Africa, Paola's advice and the stories of her work trip

Observe the stars in South Africa, in Karoo, with an optical telescope

Visit to BabylonStoren, in the South African Winelands

add a comment of South Africa on the road, mini guide for 10 days