How to prepare for a trip to Iceland during the winter


Iceland in the winter season: all the tips to face the weather conditions, fully enjoying a wonderful scenery and a magical light.

With four hours of light there doesn't seem to be much to do. And instead in Iceland tours depart daily and face the adverse weather conditions between terrible snowstorms and sudden gusts of wind.

In a day there can be different seasons and a couple of times I thought “But who made me do it?”.
And yet many Icelanders consider the winter season to be the most beautiful. The light is magical because the sun stays low and creates beautiful scenery by meeting the clouds, there are fewer visitors and seeing nothing but white around you is something you will always remember. For me it was a fantastic experience that I would repeat again.

Here's how to prepare and what to know before a travel to Iceland in winter.

What climate to expect: temperatures and hours of light

Sunrise at 10:30 and sunset at 15:30? It will seem strange to you the first few days, then you will learn to accept the fact that when you step outside your hotel at 9 am, it is still dark and the street lamps are still all on. In addition to the four hours of light per day, there are temperatures and atmospheric agents to consider.

In Iceland the winds of the Atlantic mix with the Arctic ones and a result follows unpredictable weather: the sun (which never rises high in winter) could give way to a blizzard in a few minutes. The wind is almost always present; it is no coincidence that the Icelandic language has more than 150 words to describe it. 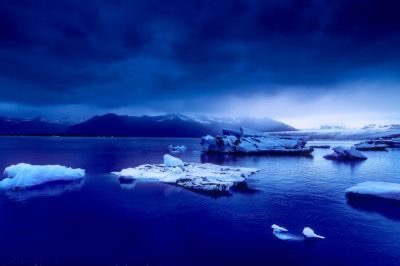 Temperatures in winter, between November and March, range from a minimum of about -3 ° C to a maximum of 4 ° C. Yes, it's very cold, but it's as bearable as New York. It all depends on the wind and snow. When I landed atKeflavik airport, I was greeted by a blizzard that accompanied me up in downtown in Reykjavik.
I was brave enough to wade through the streets of the city to look for food (and see how to retrieve my suitcase; but that's another story) and I earned a piece of snow in my eye, which turned red shortly after and remained sore for two days.


Travel to Iceland: when to book and how to organize

Organizing a trip to Iceland may seem complicated at first: car yes, car no? Are there tours in winter? Do I have to make a stop?

As for the rental of the car in the winter, I advise you to rent it only if you have experience in driving with snow and weather conditions that are not too rosy. The roads are usually all free and in good condition, but many are closed and accessible only by 4 × 4.
I was alone and I have never driven in the snow, so I decided to rely on some local tour operators. The guides will tell you stories of orcs and elves, but also of people who got stuck in the snow because they didn't use common sense. 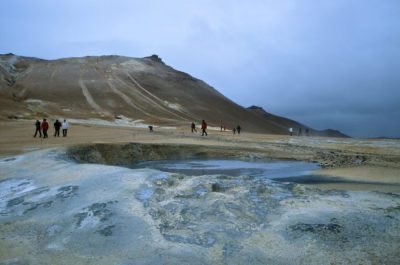 Book tours in advance, especially those to see the Northern Lights. Costs start at a minimum of € 40-50, but the average is € 80-120 per tour. They leave every day by touring the hotels and bring you back at the end of the day.


Lately I see more and more affordable fares for Reykjavik even if the only direct flights depart from Milan. For all other cities you have to make a stopover, most of the time in London. I paid 80 € for a one-way flight from Barcelona with a stopover in London (at night) and departure the next day for Reykjavik (here's how to get from Keflavik to the center).

If you can't find affordable fares or comfortable stopovers, I recommend that you make separate bookings to airports from which direct flights such as London, Warsaw, Stockholm, Copenhagen and Frankfurt depart.

As personal as they are, the suitcases of travelers in Iceland during the winter certainly have something in common: scarf, gloves (not cotton ones!), Hat (I recommend the one that covers the ears) and jacket. 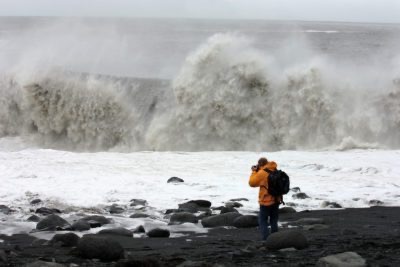 Also not to be forgotten double and possibly thermal socks if you take a ride on the glaciers like me; water resistant trekking shoes above the ankles; fleece or thermal jackets to wear under the jacket (for example those by Columbia). A garment that saved me from the cold? The tights!

A trip to Iceland will remain in your heart, whether in summer or winter. But get ready to see completely different scenarios, both unique and incredible.

Audio Video How to prepare for a trip to Iceland during the winter
Lights and Christmas trees in the world: the dates of lighting ❯

Four days tour of Iceland, what to see